I lamented more than once that I doubted Lu would ever be out of diapers. The fits and starts we had! It made me question my ability to be a parent.

Before Penny was born Mama Syd scoffed at my claim that I had never dealt with one like Lu before. “You say that about every kid!” she laughed. Then she came at Easter and with wide eyes said, “That Lucy. . . She’s something else! Boy, is she stubborn!” Rest assured, if I had been able to drink I would have simply poured a tall one and raised it in an acknowledging toast before slamming it back.

The thing is, the kid cannot be convinced of something that isn’t her idea. Or be distracted or swayed. She knows what she wants and she absolutely did NOT want to be potty trained.

One day in June she stood up mid-lunch. “My skirt is wet!” she announced matter-of-fact like. I was up to my elbows in dish water but went on high alert. “What?! Why? Did you spill your water?” “No. I peed.” “Luce! Where are you supposed to pee?” “In the potty chair.” she replied. And then, “Yeah, you keep saying that. . . ”

A week later she ran to the dining room-AWAY from the bathroom-and hollered, “I’M POOPING!” Again I was at the sink. “Okay! Let’s go! Quick, quick, quick!” was my enthusiastic reply. “No.” was her flat response. “I already did.” And then, “Oh! And I’m peeing.” she said as she watched a puddle form on the floor.

When Mama Syd and Papa arrived for the summer and found out Lu was still in diapers, my utter lack in potty-training prowess was laughed off. “We’ll do it up at the lake, won’t we Lu? It will be easy up there!”So it was with no little joy that I pointed out how she remained in diapers the last week they were here. “Yeaaaah,” Mama Syd sighed, “I didn’t get that done either. We’ll work on it this week though, right Lucy?”

The look that she gave could be summed up as, ‘Do. Your. Best.’

But then, seemingly without any real trying, she just up and decided that that was what she was doing.

It may have helped that Mama Syd offered to take her to the Outhouse in style. 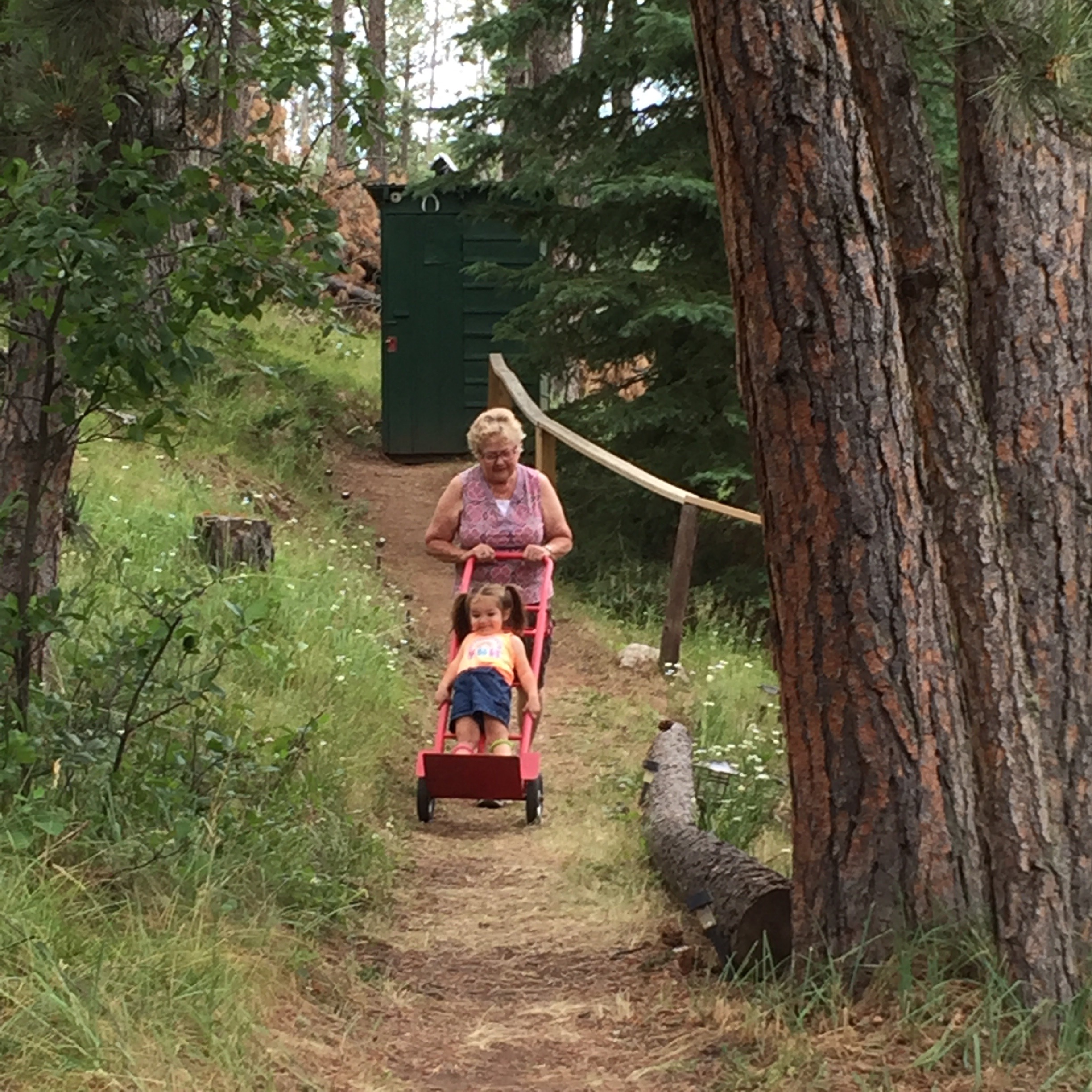 I observed that it was a little Silence of the Lamb-y but it got the job done, so who am I to judge? 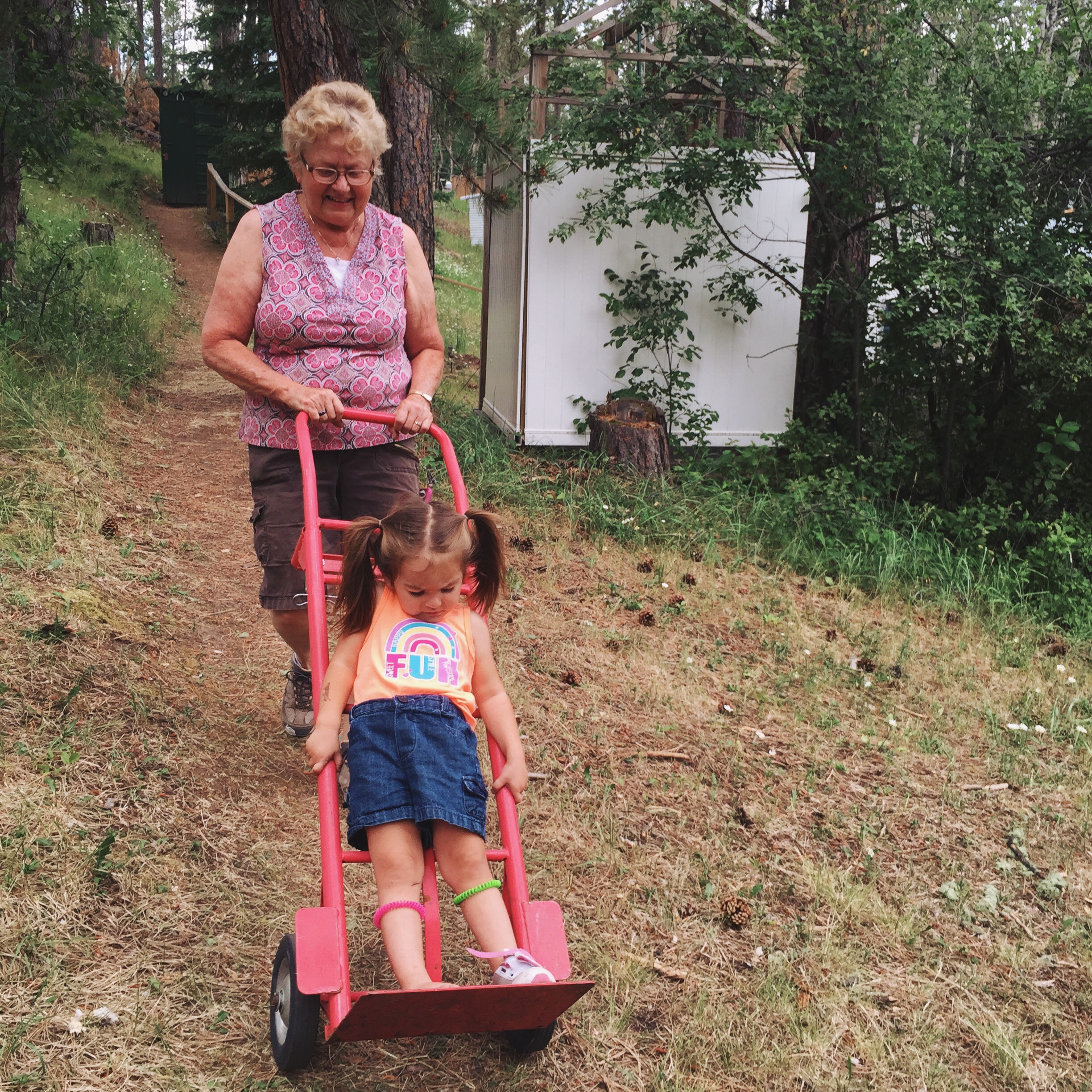 Really, once she set her mind to it, there has been no turning back. Well, except for 6 days in when I found her happily playing in a Pull-up. “Hey Lu? You need to get some chonies on and go potty in the potty chair.” “Yeah,” she said, not even bothering to look at me, “I don’t do that anymore. I just wear diapers.”

I am drinking heavily, friends. Heavily.

So, this was written and SUPPOSED to be posted in August.  But WordPress and I haven’t been getting along very well so I just realized that it was never put up.  I’m shaking my fist and imbibing as I type.