Before Christmas, Tess asked to get her library card.  She claimed she could write her name, ALL OF IT.  I was skeptical as I certainly hadn’t taught her to write “Daniel.”  She was adamant that she could do it and, wouldn’t ya know, she could. We traveled to library with the 2 sisters in tow. 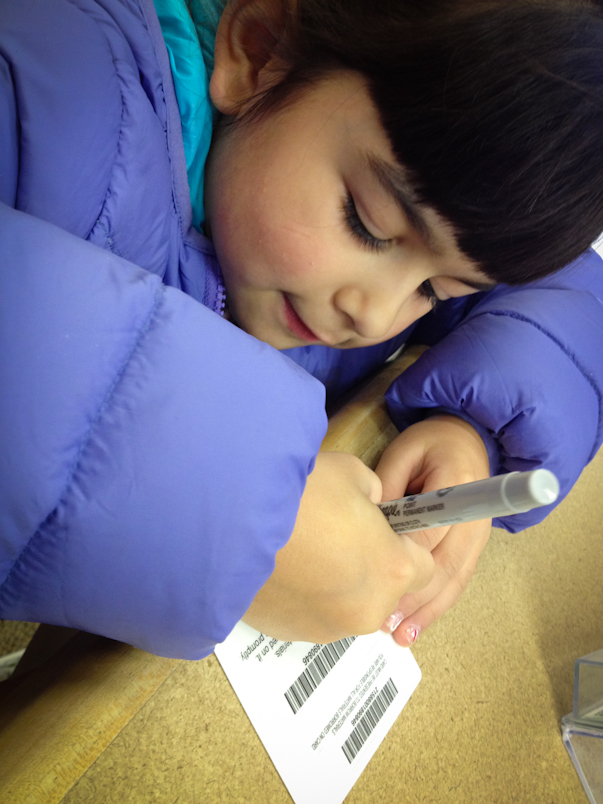 The young, cool librarian with the lip ring, jet black hair and blunt-cut bangs was kind and full of joy for Tess. She quietly talked with excitement about the wide world of possibilities that were open to Tess now that she was a card carrying library user. Tess beamed and tried to stand still.

The minute it was in hand, we went straight upstairs and she chose her first very own books.  She was downright giddy to scan her card and ‘buy’ her books. Generously she offered to cover my books, too.

Now there is an abundance of feminine books in our library bags.  They were there before, sure,  but now that she holds the power, well, it’s with abandon.

Admittedly, she is most definitely a middle child.  She gets lost in the shuffle more often than we’d like to admit.  She’s challenging and full of fire but she’s also easy going and the silent helper.  She doesn’t get much recognition.

Not too long ago, however, we headed to the library.  Told they could check out all they could carry, the kids turned greedy and gluttonous.  They dragged their bags to the check-out kiosk and, engrossed in their books, waited for me to check them out.  My card wouldn’t work – fines!  For shaaaaaame – and when I requested the boys’ cards, they stared blankly back.

Phil was empty handed, too, though I had told/asked/suggested they bring their cards.

Ever so quietly and calmly, Tess reached into her coat and pulled out her wallet.

That day, she got the recognition she deserves so much of the time.  Upon her announcement, her siblings erupted into spontaneous cheers (they were shushed.  It was the library after all) and they all thanked her many, many times over. Later that evening as they poured over their selections, Philip called for Tess.

“Thanks again for sharing your card with us and making it possible to check out our books.  I really, REALLY like this one.”

You and me both.  Putting 53 books back (yes, 53. They print the total on the receipt) and going home empty handed would’ve been traumatic.

And that is how Tess and her library card saved the day. 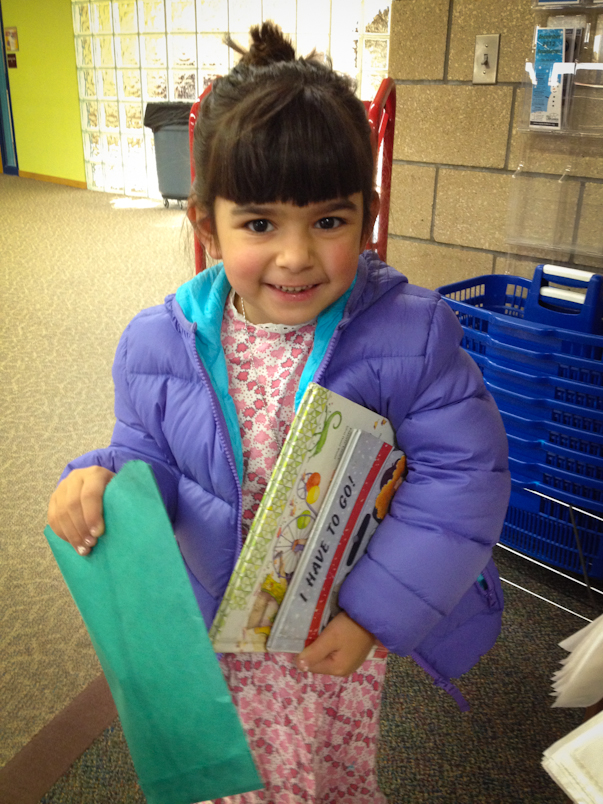