The Fourth That Almost Wasn’t

Things felt particularly off at the Lake on the fourth without guests.  The kids kept clarifying, “It’s going to be just us?! I know Papa Bill and Aunt Cristie are coming, but no one else?”

We still planned for a celebration because we are free and brave and HOORAH! there was red white and blue to wear.

The day began beautiful yet cool and we set about preparations for the delicious meal later in the day.  And then, then, the wind began. Clouds rolled up and things got very, very dark. 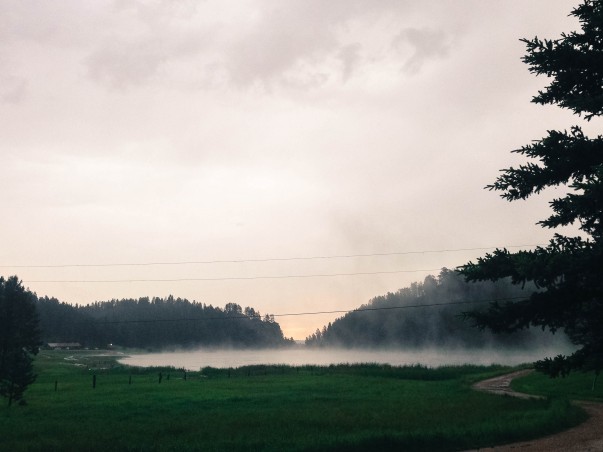 Mama Syd and Papa Chris asked if I wanted to move inside or bring the sides of the kitchen down.  I assured them that I’d be done soon.  Then the rain started followed very rapidly by hail – serious hail.  We ran then. We gathered breakfasts and cobblers and oh!  kids!  Gemma was yelling in her highchair (we couldn’t hear her over the storm), hands over her head.  When I went to gather her up, I found Ellie wide eyed and struck immobile. 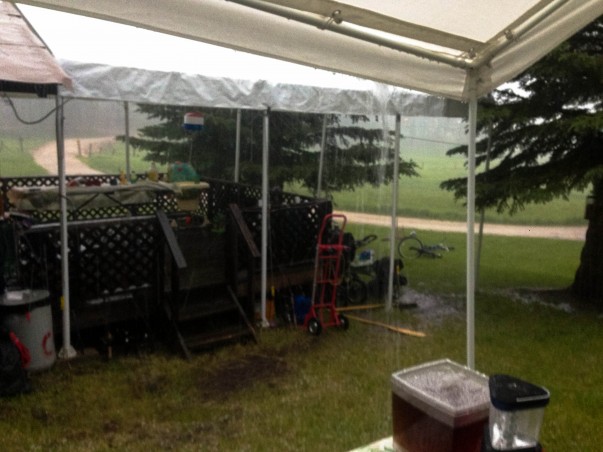 “Run, El, run!” I shouted over the racket, “Quick like a bunny, let’s go!” We had to leap over a puddle outside the door at that point.

I dropped off the ladies and headed back out to gather up chairs and such. When I went back inside, dripping and out of breath, I was laughing. 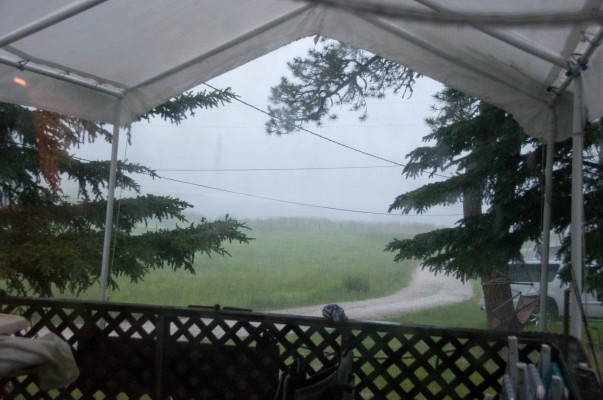 I yelled to Jac and the parents from the open door.  It took several “Monday!!!”‘s and one very loud “THE DOG!” to get the response.  Poor pup, she had strained to the end of her chain and attempted cove under the shooting table.  She was one very thankful dog when she got in. 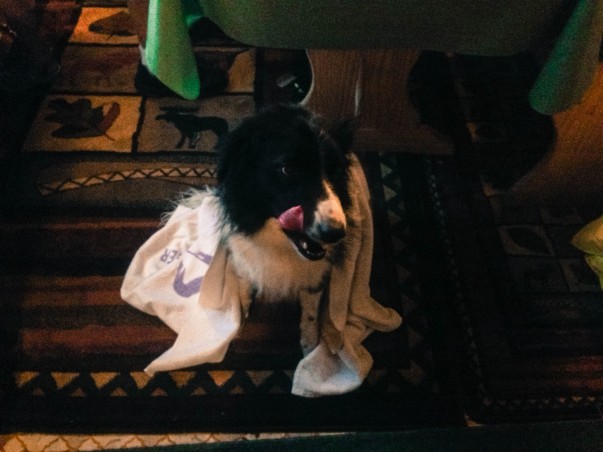 When it was clear it wasn’t going to clear, everyone came inside to wait it out.  It just came down and down. In the end, it looked like snow and the rain just wouldn’t let up. Hopes were as damp as our clothes at that point and I don’t know who it was that suggested it, but the idea came up to head to Spearfish to swim in the pool at Aunt Cristie and Papa Bill’s hotel.

In we went and there we swam and shivered and swam. 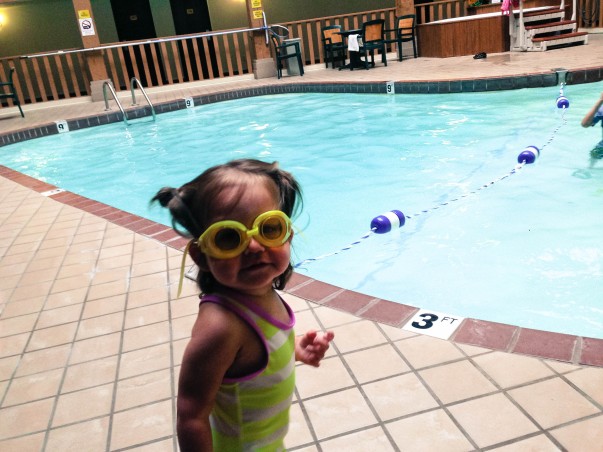 By the time we were done, the sun was back out and we attempted a second go round. On went the red, white and blue.  The patriotic food was made.  Faces were painted, drinks were had and we even managed to make it to the fire works with plenty of time to grab a sweet seat. 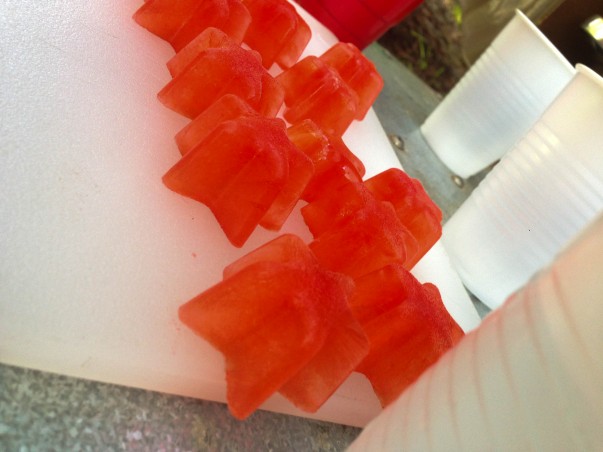 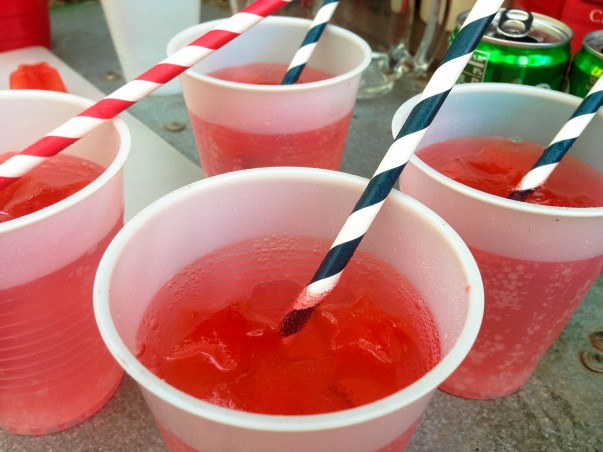 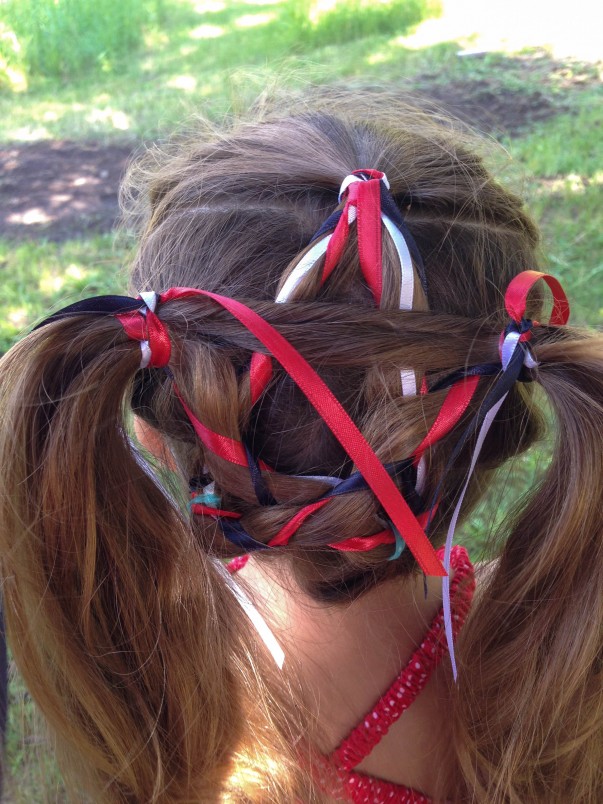 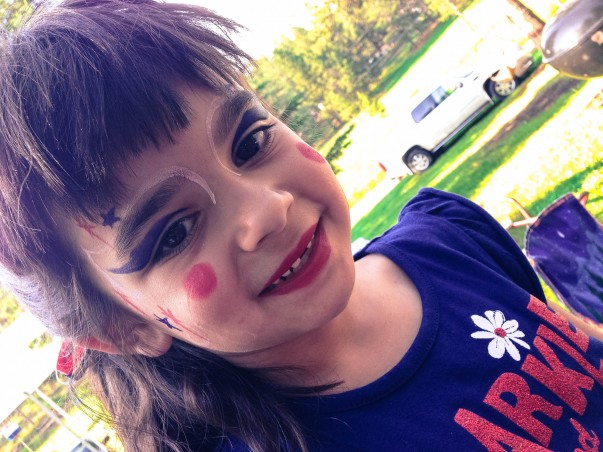 Oh say can you see indeed. 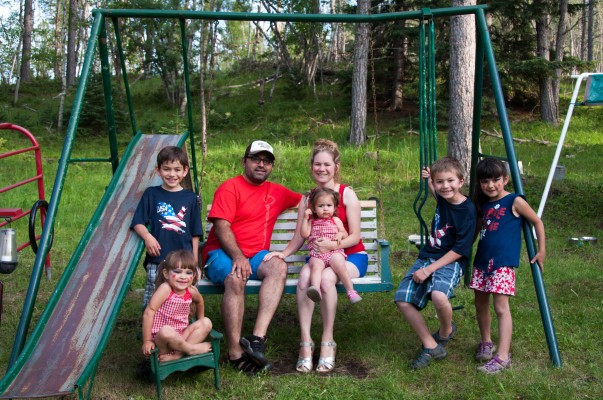 **The boys were scarce that day and didn’t make many pictures.  They slept late (“Thank goodness!  We didn’t get stuck in the rain!”) and were busy about many things like swimming in the 9 ft deep end and building LEGO Hero Factory guys.  Also, it was the eldest 3 that accompanied us to Lead for the pyrotechnic show.  Ellie calmly and resolutely announced she didn’t like fireworks because they scared her and was happy as a clam to stay behind and go to bed at a decent hour.  We will see what happens next year!**