I don’t know if Ellie will take after me and my list making.  However, I do know that she has her own opinions already.  As a result, I have compiled a list for her of her likes and dislikes this summer.

At the lake, Ellie hated – in this order – the wind and her life jacket.

Her list of loves was equally short and sweet. 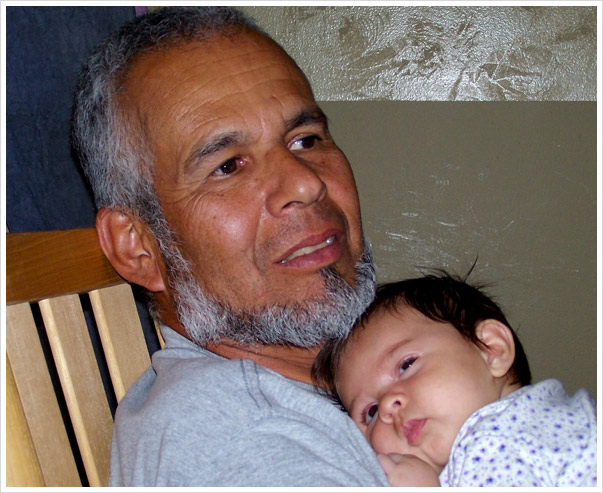 It really came as no surprise, all the grandkids adore him. Even when they are going head to head in a battle of the wills, Tess can’t get enough of her “Caca Kwis”. But there is something special between he and Ellie. Something in the way he held her, held her transfixed.  When she cried and I was otherwise preoccupied, only Papa could bring the calm. In this was I greatly blessed.

Ellie, more than any of my other babes, loves her mom. So much of the time only I will do. And I love it, really I do. I love the way she quiets when she is placed in my arms; how she calms at the sound of my voice. But it sure was nice to share her attention with someone. 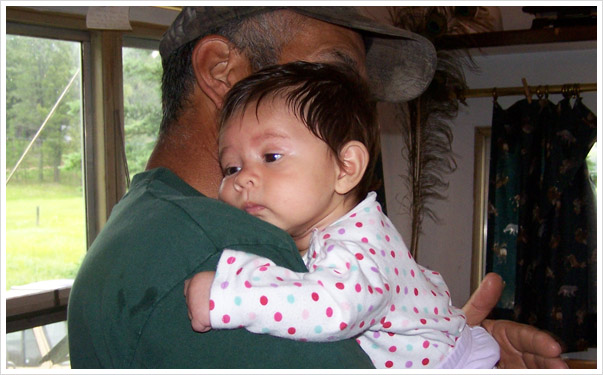 Ironically, my dad doesn’t do crying babies. Crying kids? No problem. He was legendary in his ability to hold on to my cousin Josh during his total melt downs. The move even has a name and now years later a “Joshua Hold” is a real threat to many children. The man changes diapers, bathes kids, dresses them, makes lunch, carries until the cows come home and rocks a mean chair. But crying babies make him head for the hills.

Or MADE him, should I say.

I’m not sure how it happened exactly but he found he had the magic touch with Ellie. When she would fuss or cry he would insist “Give her to me” and she would calm right down. Latched on to his shirt, perched on his shoulder, all was right in her world. 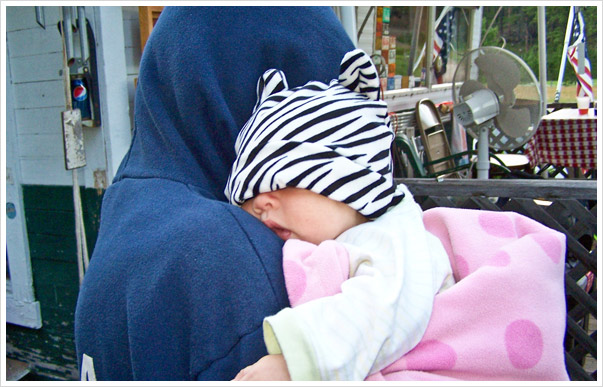 After Ellie was born, dad teased me he would call her Cathy. Early in their visit I would over hear him telling her she was Cathy to him and that would be their special name. It wasn’t long though before she had a new title from him.

If she would fuss he’d croon, “Hey baboo! What’s wrong with you?” This became a common greeting and soon we were all calling her Baboo. This brought to my mind Little Sally in the Peanuts cartoon and how she called Linus her “Sweet Baboo”.  And that smitten grin she’d wear while she did it? I saw that same smile on Papa’s face numerous times while holding Ellie.

The feeling is mutual.