I know that by posting this, dire, DIRE things will happen.  Catastrophic even. *BIG SIGH!* But here goes:

There. I said it.

We had an inkling 2 months ago  when we just stopped using pull-up because it was too hot and sweaty.  Then, a month ago, she came to our room in the middle of the night and yelled she needed to go potty and proceded to make her way to the bathroom.  There in the dark and quiet Jac sighed.

That’s how we knew.

So, I could roll out our laundry list of adventures in potty training – and believe me, it does involve a good deal of laundry – but no one wants that.  Instead, just some hysterical highlights. 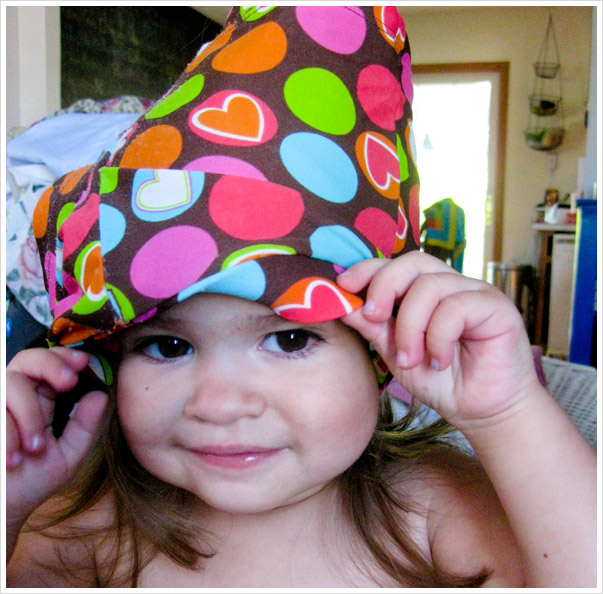 – Cindy HATES pull-ups.  That brave woman did cloth diapers with her eldest (did you do more?  I can’t remember now . . . ) which makes her a celebrity in my book.  And between her own kids, years of day care and preschool teaching under her belt, she has potty trained LEGIONS of children.  She knows her potty training accoutrement. She has reason to loathe Pull-Ups.  So I found it hilariously ironic when Ellie deemed the Toy Story pull-ups we were using her ‘Cindy’ pants.  It had nothing to do with Mrs. Wyeth, really.  We have a Buzz camera that orders “To infinity and beyond!”  To her ears and her annunciation it sounded like ‘Cindy.’ I giggled every time she asked for them.

– Around the time we deemed her officially trained, I was awakened early one morning by grunting.  I was wide awake and staring into her raised eyebrows.  “Yep.  I’m pooping.” she announced and turned and walked out. I guess she figured that was all the instructions I needed and indeed it was.

– And less funny, but more milestone, tonight I watched her put her chonies on all by herself.  One foot at a time and without a struggle. This means independence.  And that sounds very close to Success.  I mean, at least their not on her head.