When he was accused of being smitten with Southern California, Jac didn’t deny it.

“I get why the Snowbirds do it.” He said calmly.

You see, we migrated. Just for a short while, mind you, but we definitely changed locales. To So Cal, specifically. (See what I did there?! ‘Locale’ – ‘So Cal’ ?? That’s good stuff.)

Cousin Kathy so very graciously opened up her home to us and the kids are worked on their quota of chlorine in her pool. Miraculously, they learned to swim before our very eyes! It was amazing. We played hard, soaked up the sun (or let it burn us. . . either way . . . ), and enjoyed ourselves thoroughly. 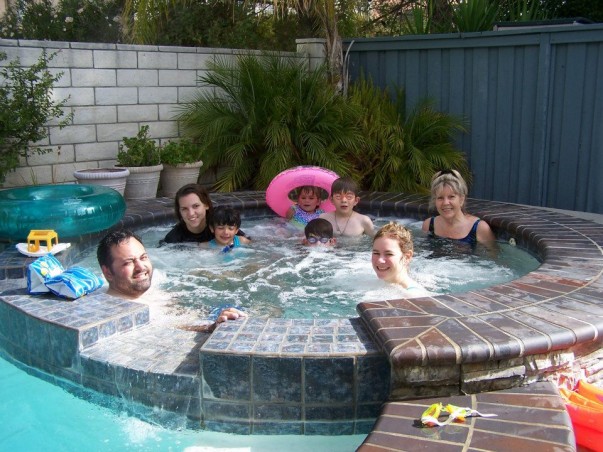 And did I mention, Legoland? 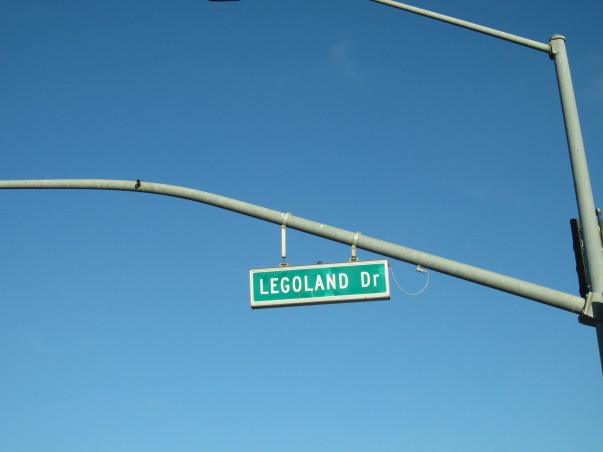 The boys began dreaming about it 5 years ago. The morning we went, the excitement was electric. It was really happening! We loaded up and after an hour, found ourselves on Legoland Dr. and slightly overwhelmed by reality. “We’re here! Can you believe it?!” they repeated to each other.

Once inside the gates, we took Uncle Rick’s time-tested advice to by-pass the crowds and head straight towards the back. Soon we found ourselves climbing into a boat with the vague feeling that something was about to happen. 20 seconds later, it did as a wall of water crashed down, soaking us all to our chones. TO OUR CHONES!! Mama Syd was designated photog and Gemma wrangler for that ride, so the rest of us spent the remainder of the day wet. Built in air conditioning! 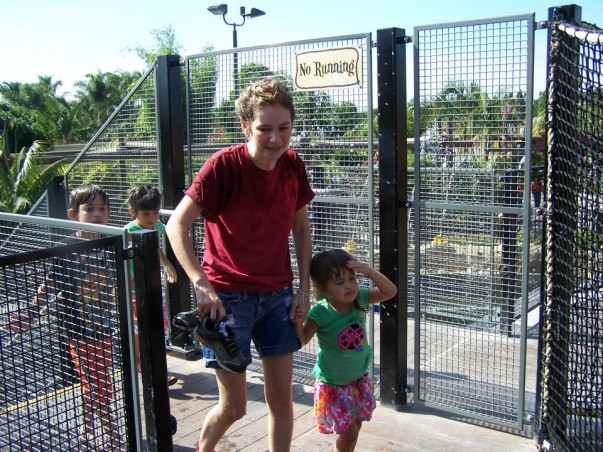 By lunch time, we were all getting tired, but there was so much to do and see yet so off we went. Pull ourselves up to the top of a tower by a rope? Yep.  Stand in line for and hour to pedal around in a car? Why not?

Soon after, we separated, boys and girls because, to be honest, we ladies were holding the men back.  There were legos to see and by golly, they were going to see them.  Star Wars, Mini World, Knight’s Castle and Pharaoh’s something-or-other had to be experienced! 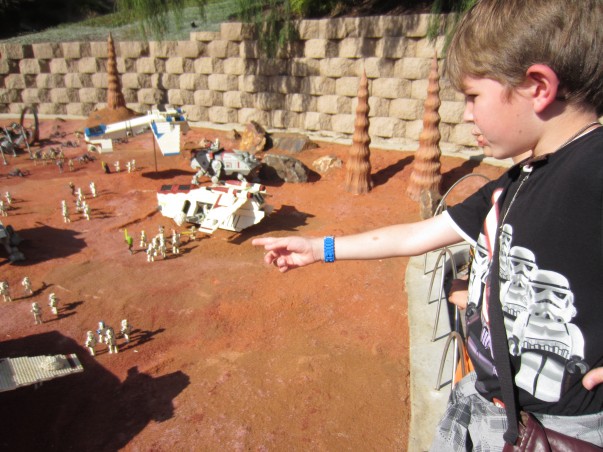 And we ladies?  Well, we freaked Ellie out on a storybook ride, saw a Lego safari (Oh yes, we saw a red baboon butt made out of Legos. Yes, yes we did.) and let Tess ride a Lego horse.  Oh and take pictures with famous Lego people.  Who did she choose? Winston Churchill and Elvis, of course.

To cap off the day, we shopped.  We entered the madhouse of a store and let the kids spend their fair/lawn/tooth money to their hearts content. It was probably better than Christmas.  The glazed eyes and quiet car rides home were totally worth it. 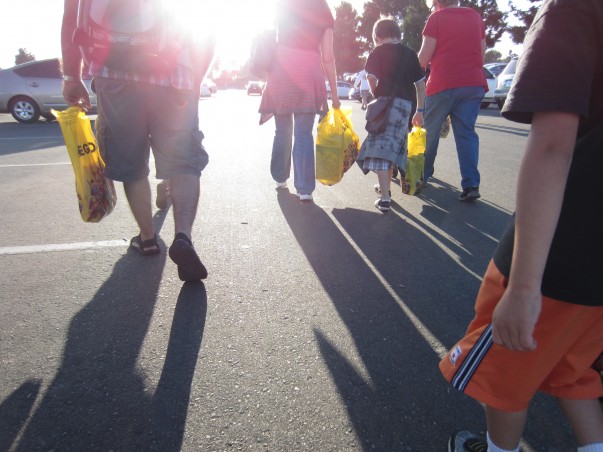 The next day we loaded up again and went to the Safari park , saw gorillas, a cheetah run, a baby elephant and learned it was a breeding park. So fun and exciting! 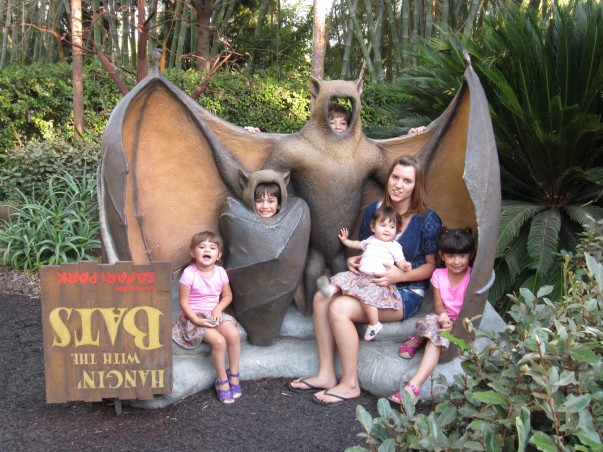