Sometimes it is rocket science. 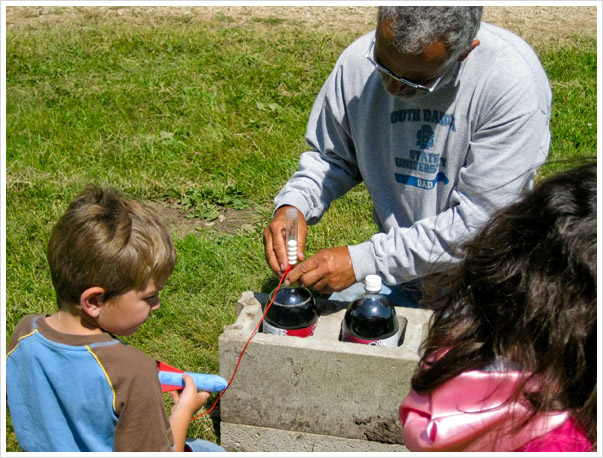 Next, utilize math skills to figure out how many ignitors (a.k.a. Mentos) we can use for each launch if we have 4 bottles of fuel (a.k.a. pop) and 3 packets of ignitors.  It was serious work as seen by Tess’s face. 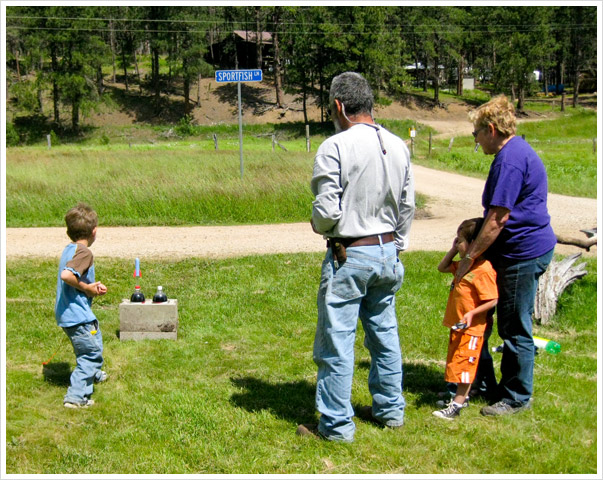 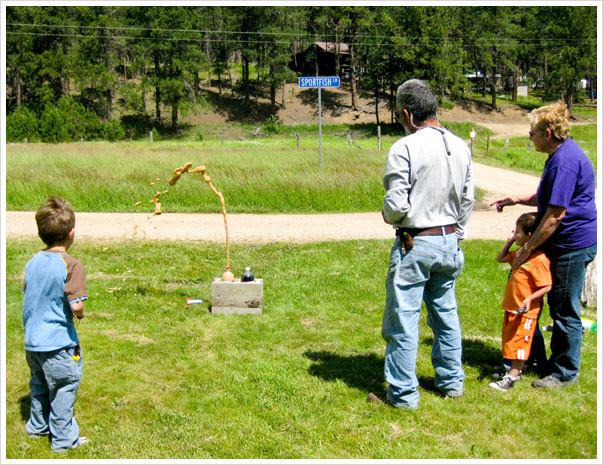 LIFT OFF! We have lift off! 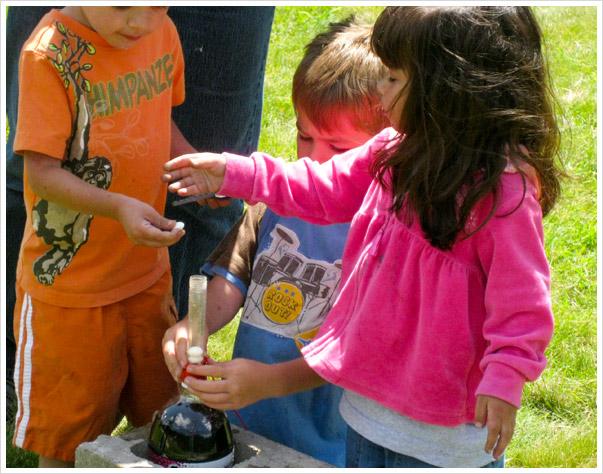 One success should be followed by another.  Launch number 2 was prepared,fuel (Dr. Cheap-o)  ignitors put into position . . . 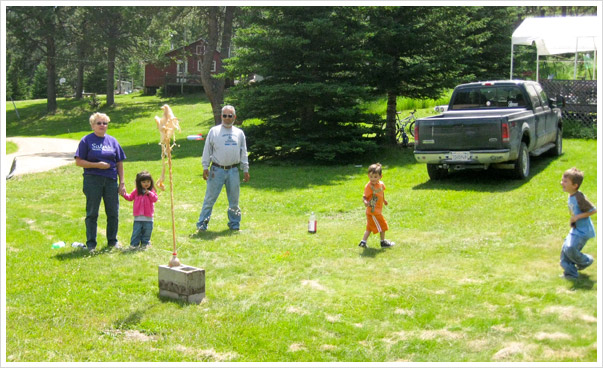 Philip was the flight director this time.  Congrats of the launch, pal.  Have a cigar. 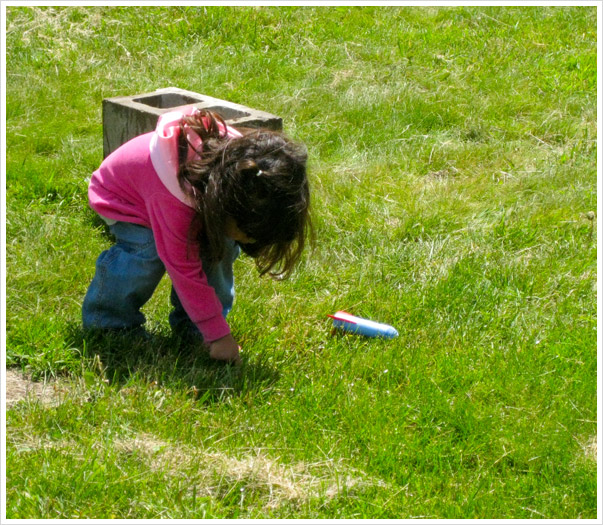 Tess was on mop-up, checking for debris at the launch sight.

When it came time for her turn at flight director, Mission Control went over her fuel (Root Beer) and proper timing.

Ooooh!  This was my favorite launch of the day!

Preparing for our final launch.  Would the increase in citric acid in the fuel make for a longer trajectory?

It was hard to tell the difference in fuel height, but the rocket certainly gained some air on this launch.

We took our fuel tanks to the lab to compare their volume.

After the labels were removed from the tanks, we tried to keep straight which was which.  It was tricky. 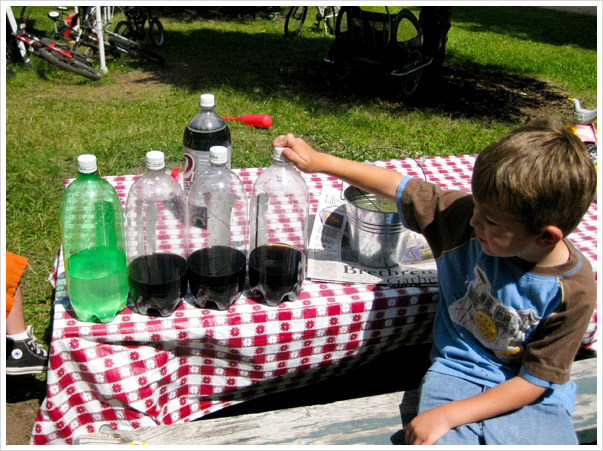 In the end, it was determined that the Dr. Cheap-o had lost the most volume at ignition and while the Lemon Lime had height, it retained the most fuel.

Whatever our findings, the kids agreed that success is sweet. 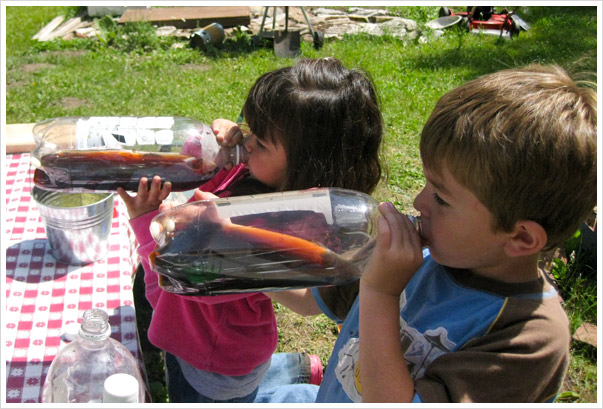