Deciding who would be St. Lucy this year was a last minute affair. Our wall calendar ended on the 12th so it wasn’t on the kids’ radar. So hopped up on sugar from the gingerbread houses and a little loopy from fatigue, Ellie willingly volunteered Tess for the task.
When my alarm went off before the sun was up, I prayed no one else would wake up and went to the kitchen on my own. Our week. . . It’s been one of survival. Our weekend was full and no one has been sleeping right so I was reluctant to rouse anyone before they needed to be.

As it was, Gemma wandered into the kitchen while I put together the scones. I tucked her in with Jac and put the scones in to bake before waking Tess to help frost things. 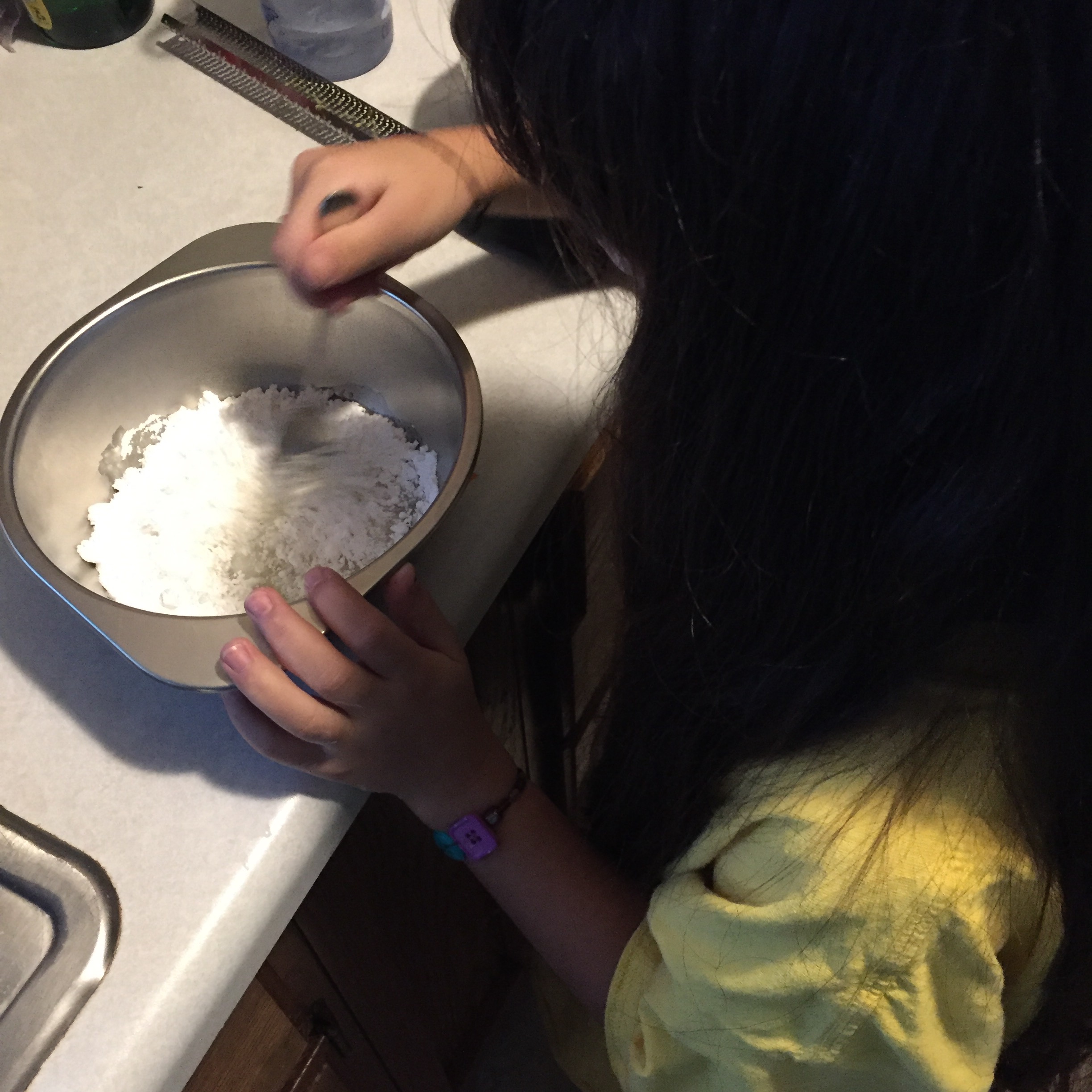 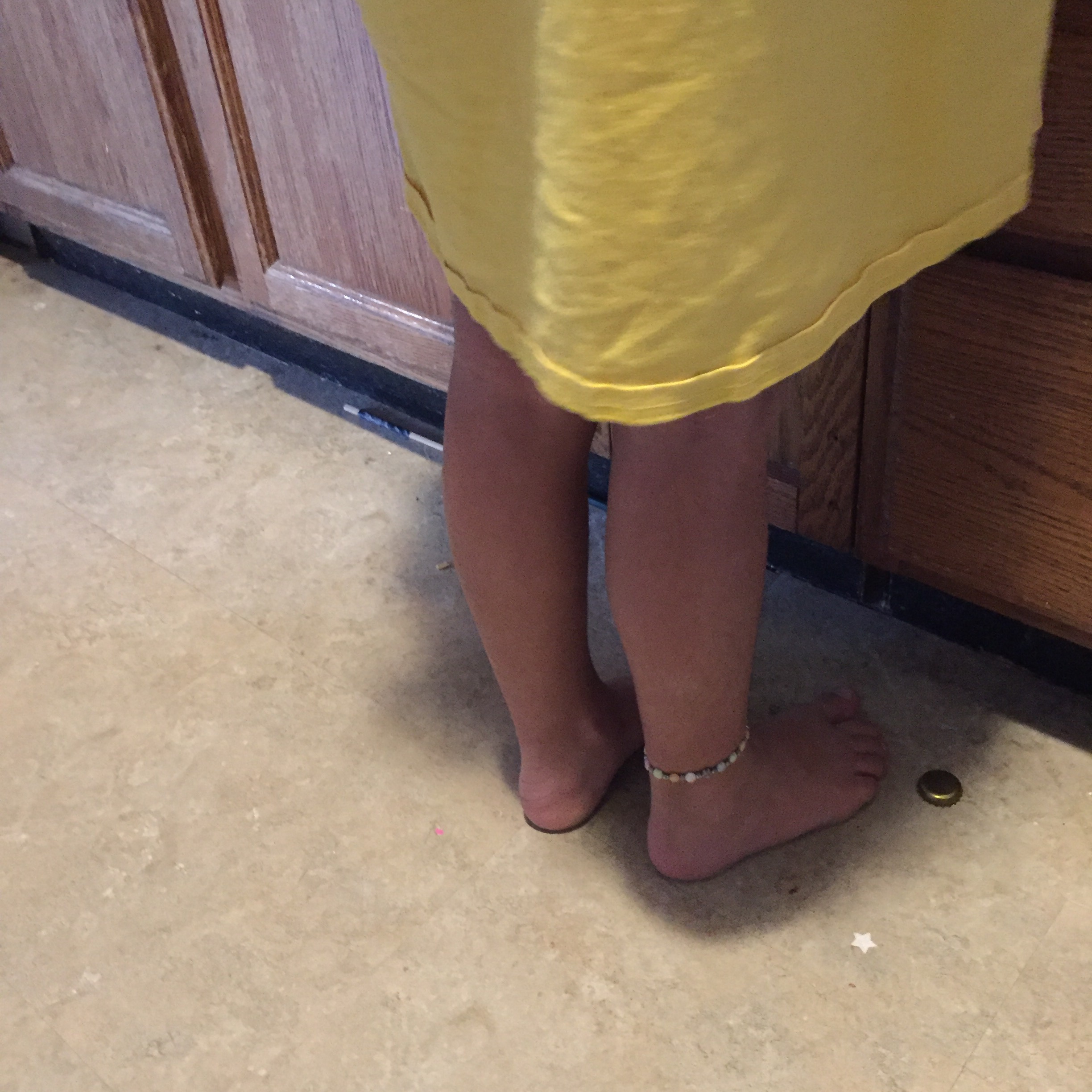 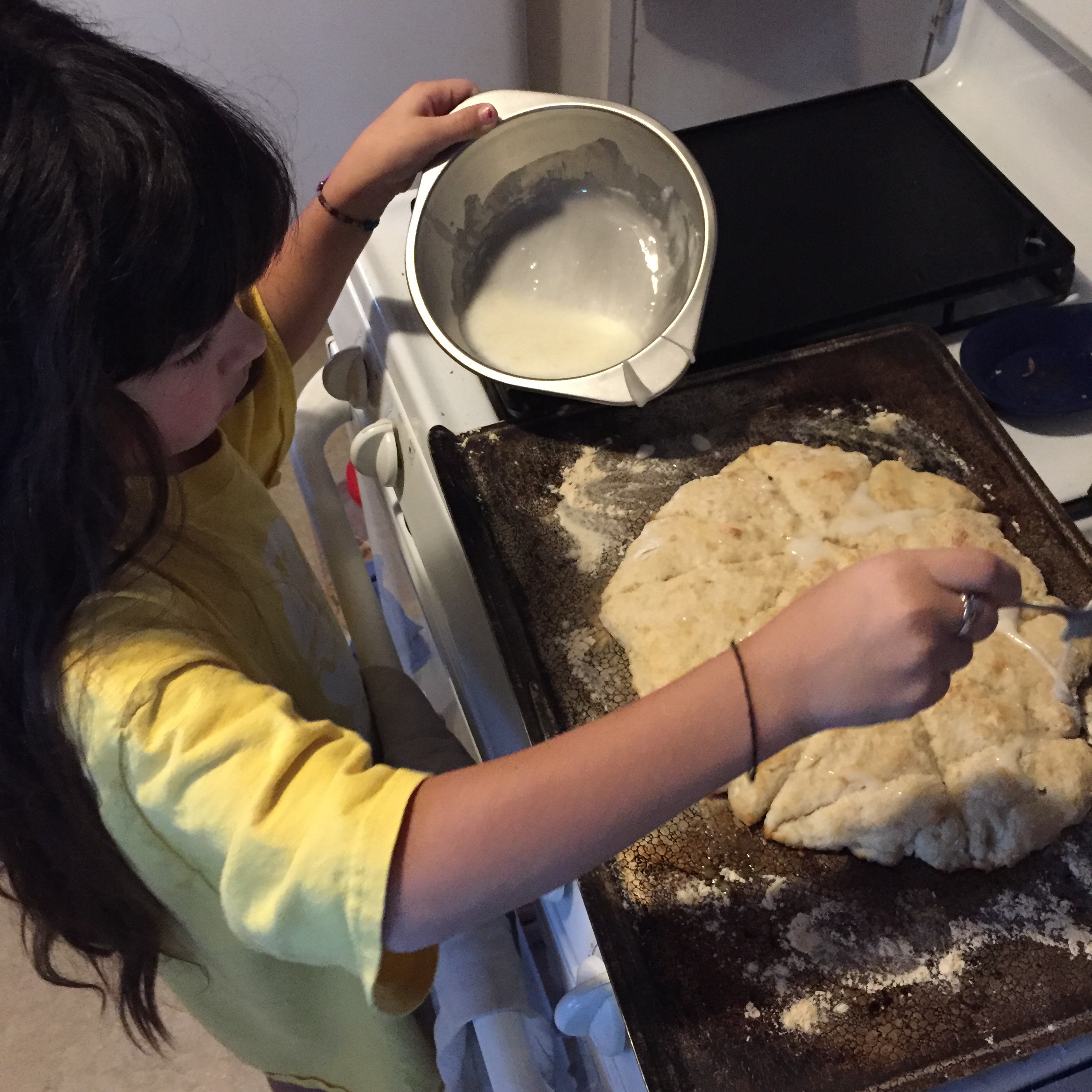 When it came time to make the crown the night before, it felt like it might kill me to figure out candles. If I hadn’t been sick, I would have kissed Jac for suggesting we use the LEDs he bought at the dollar store. Brilliant, I say. Every year I promise myself I’ll make a more permanent gown, sash and crown so that we are not scrounging at the last moment. 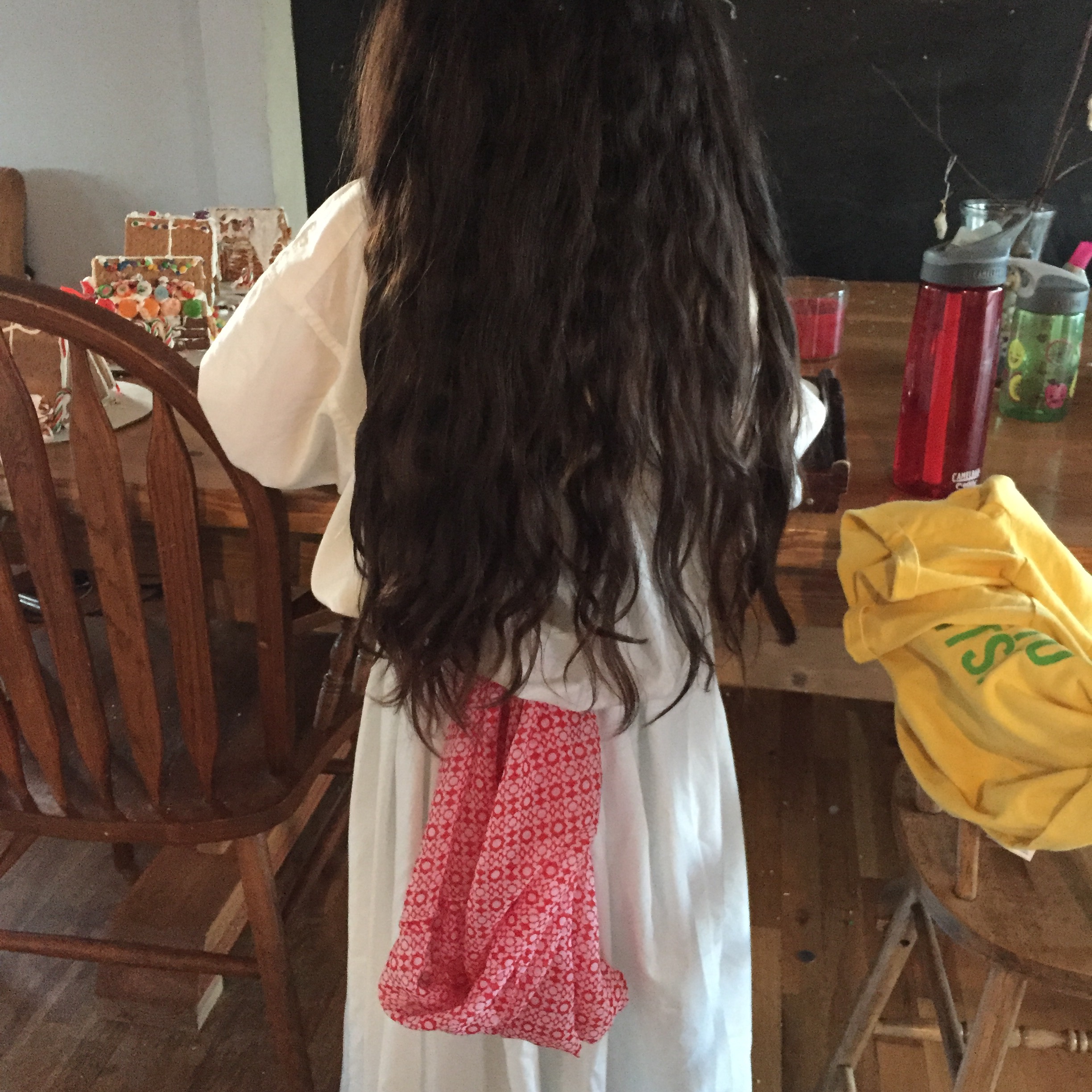 This year was no different but we made do. 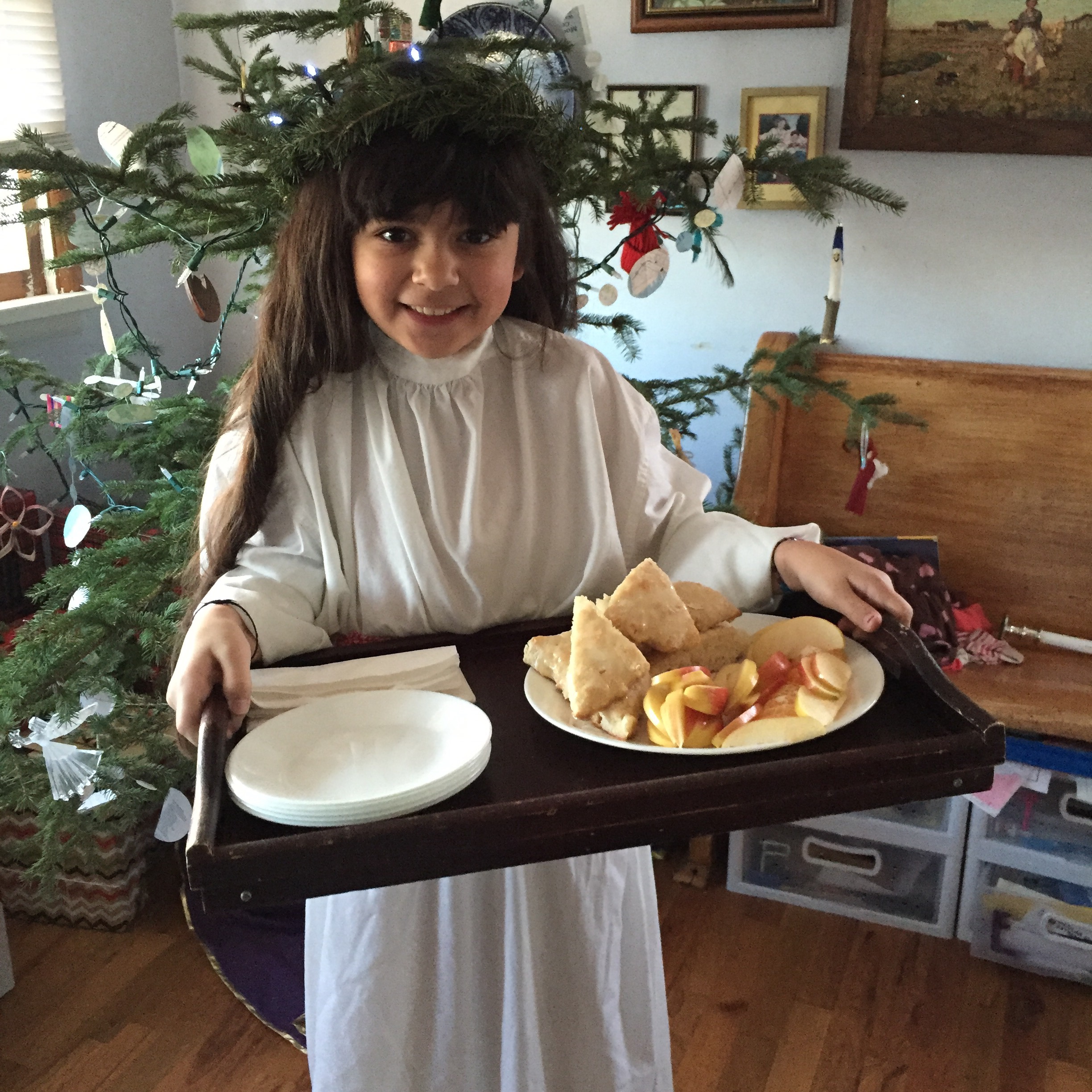 We opted for Advent songs on the iPhone instead of our scratchy voices. Most sleepers were pleased to see us. 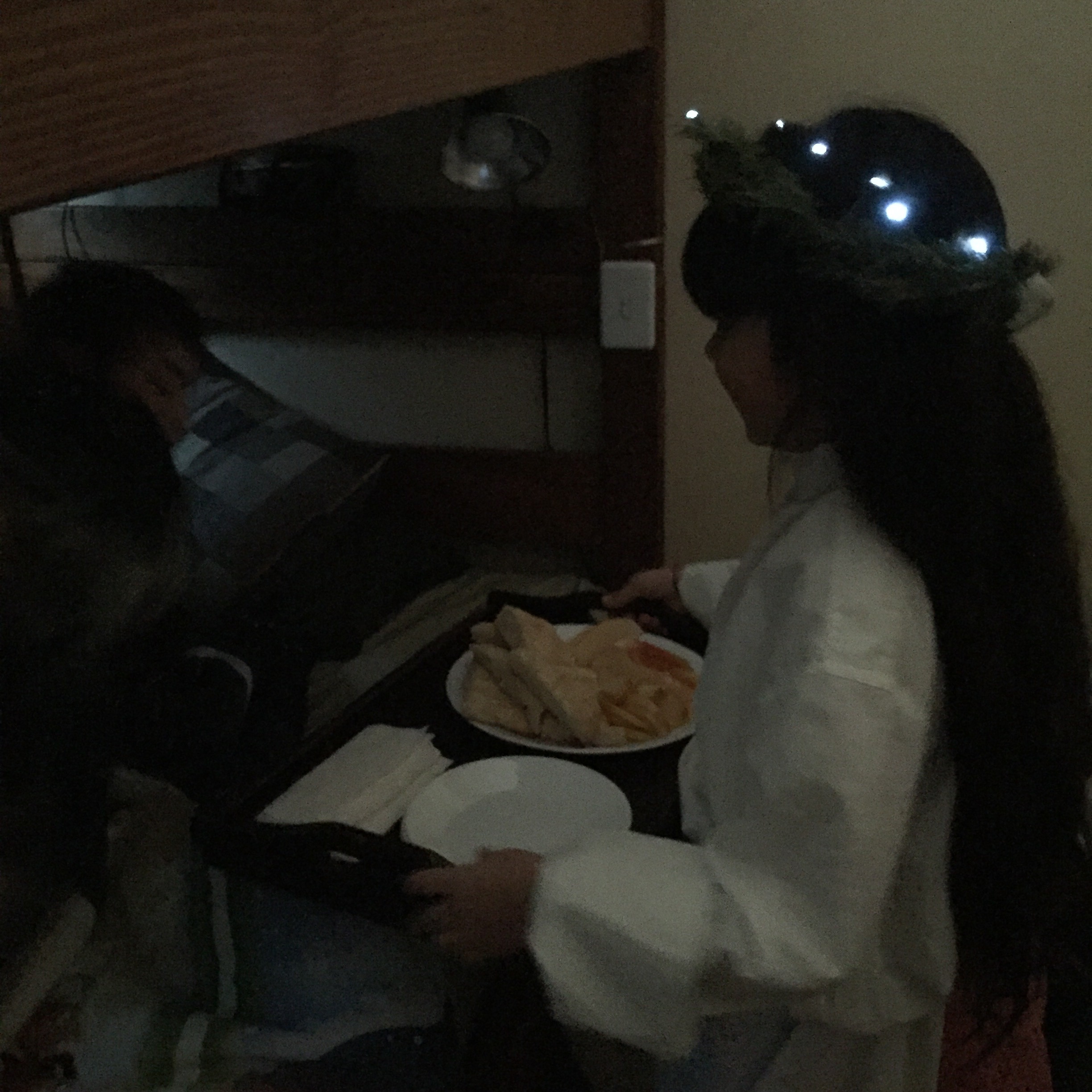 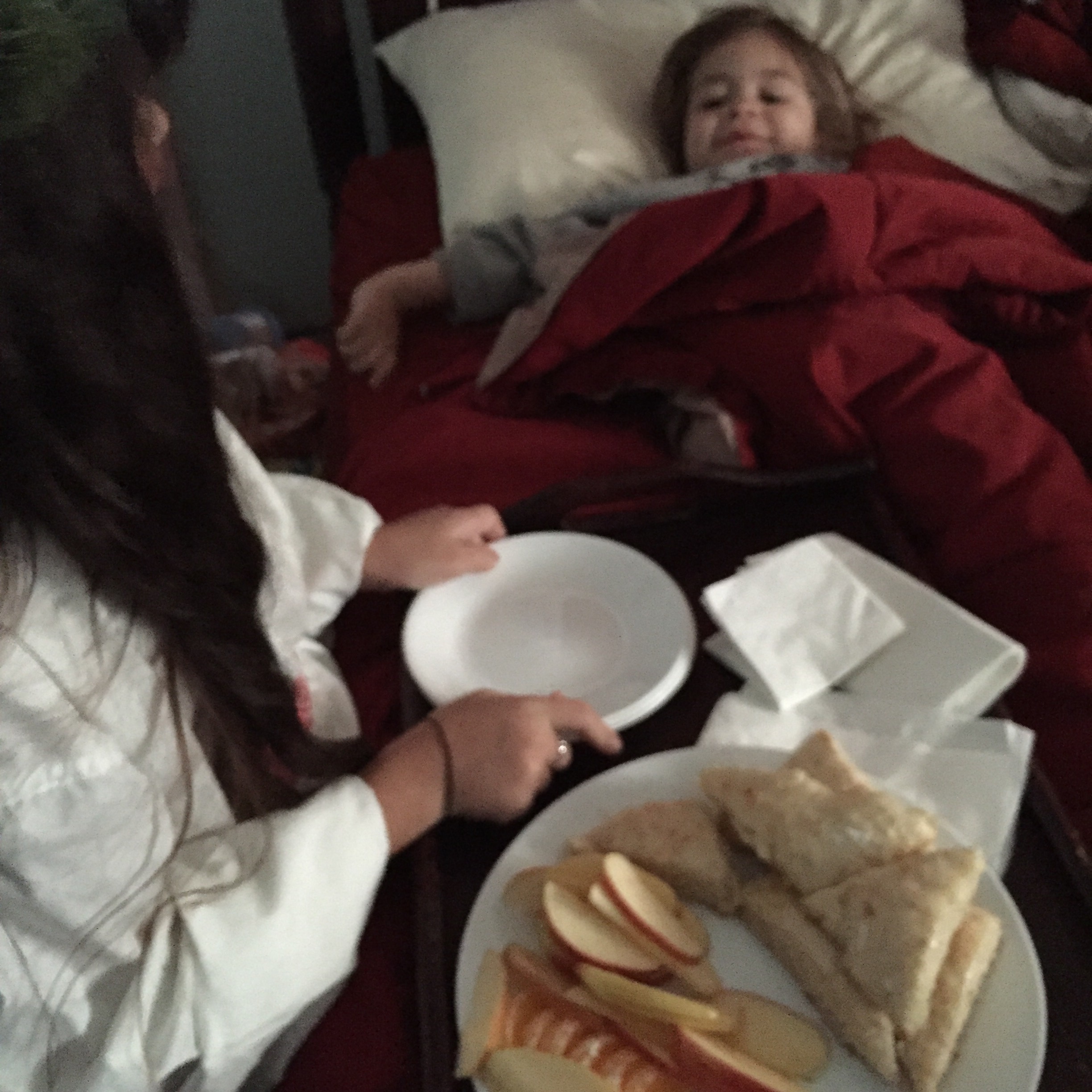 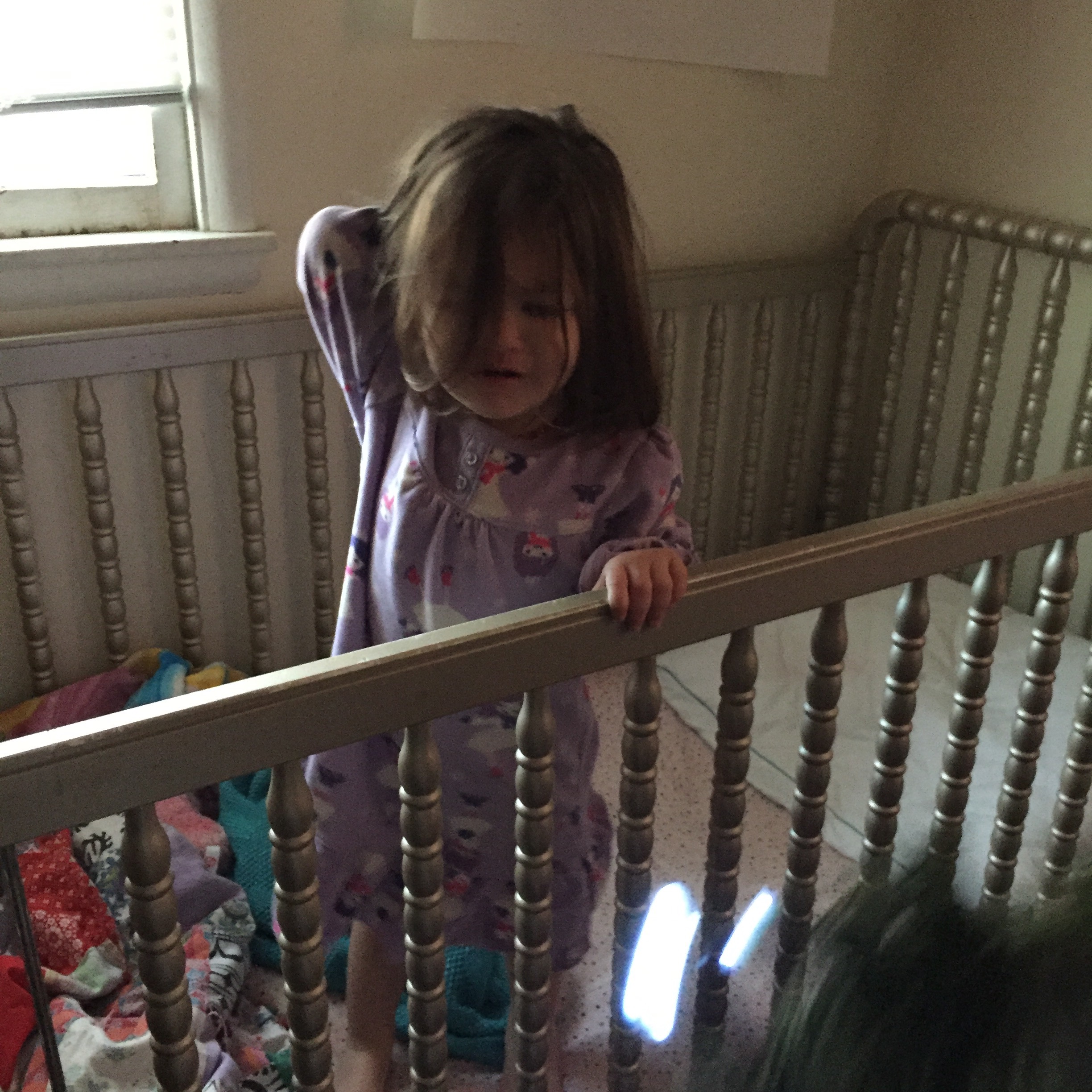 In fact, the lady of the day had a complete melt down with lots of “NO!”‘s and refusal to be happy for a good 20 minutes.
She perked up for mass and celebrating gaudete Sunday in pink. 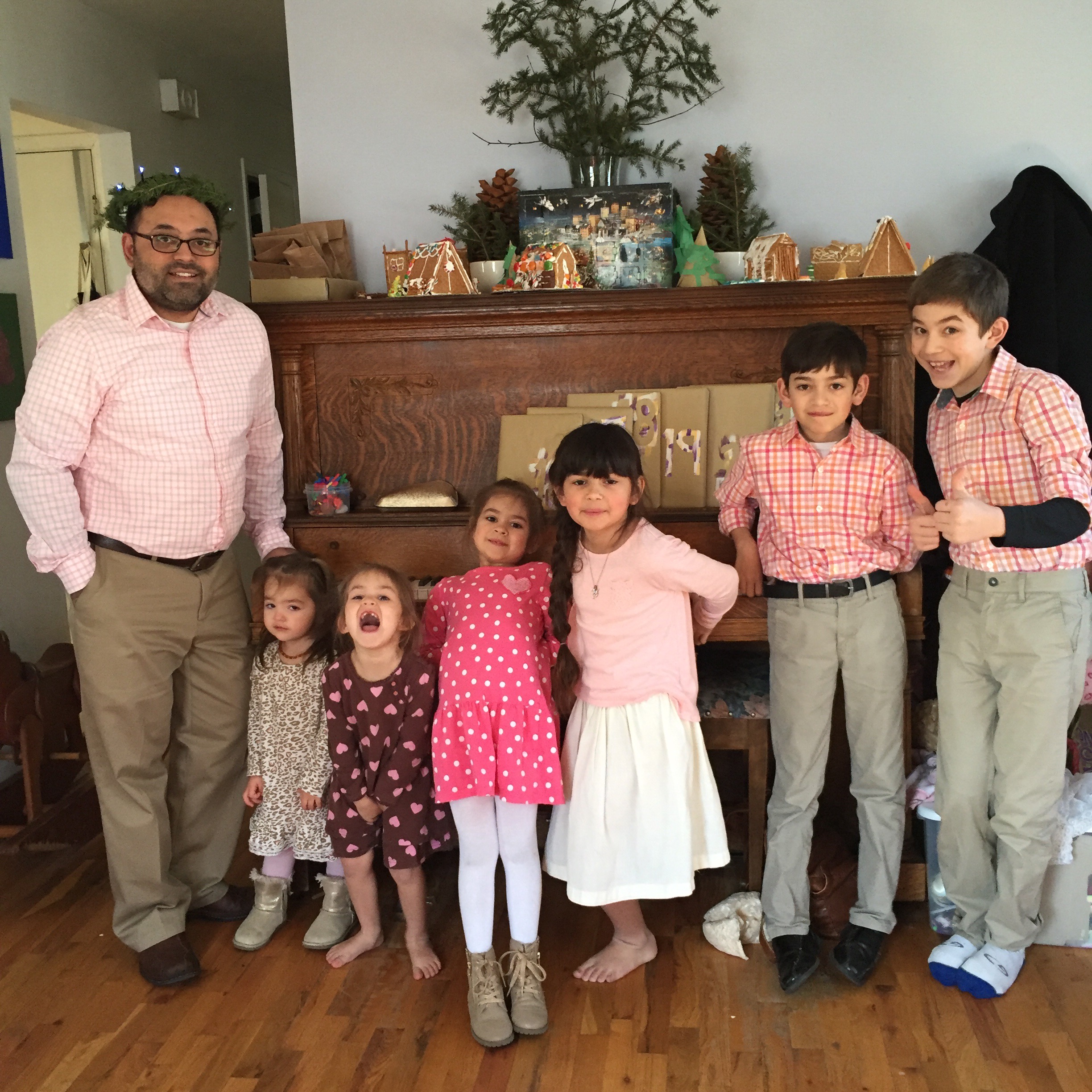 Our Advent activity for the day was to look at lights so after naps and waffles for supper, we printed out scavenger hunt bingo cards. The excitement! The dilemma of wanting the car lights on so they could see their paper but wanting the lights off so they could see the lights! Could you cross off more than one thing at a house? (No.) Where would we find a door wrapped like a present? It was pretty loud in the burb for the first 15 minutes though Monday- through an act of seasonal generosity on Jac’s part-didn’t seem to mind.

We saw some great lights and having a game seemed to make them all less antsy about where we were heading and for how long. Philip was the first to tell BINGO! but it didn’t stop the rest from trying.

When we pulled into Sonic, someone yelled from the back, “Are we getting slushies?!” To which their father replied, “The winners are!” And then he laughed.

They’ll need years of therapy, we are well aware.

Everyone got their drink of choice and we came home in thick, California style fog that changed the look of the lights and our neighborhood. 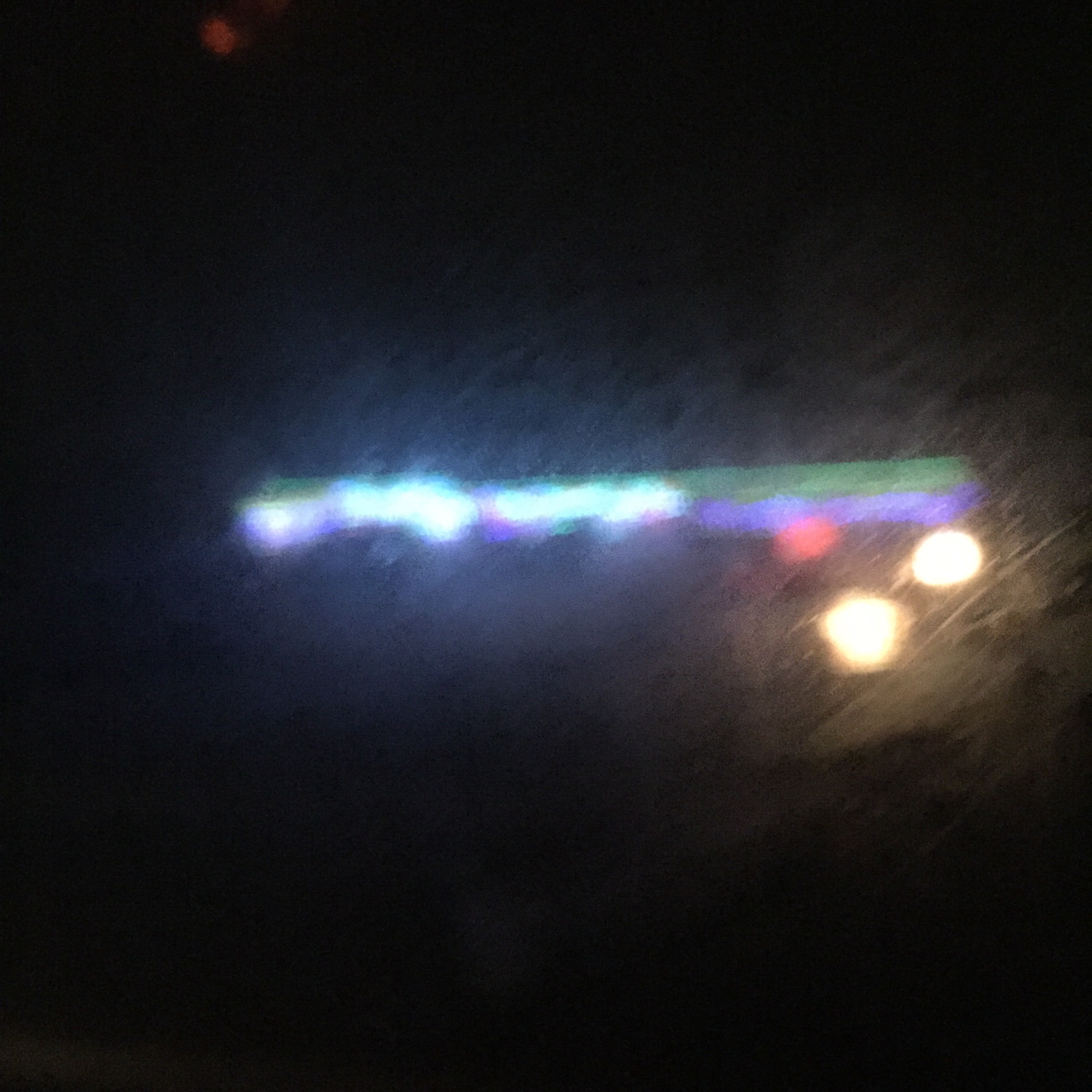 My heart rejoiced as it does every time there is fog as it feels like a gift from the Lord to my homesick heart this time of year. 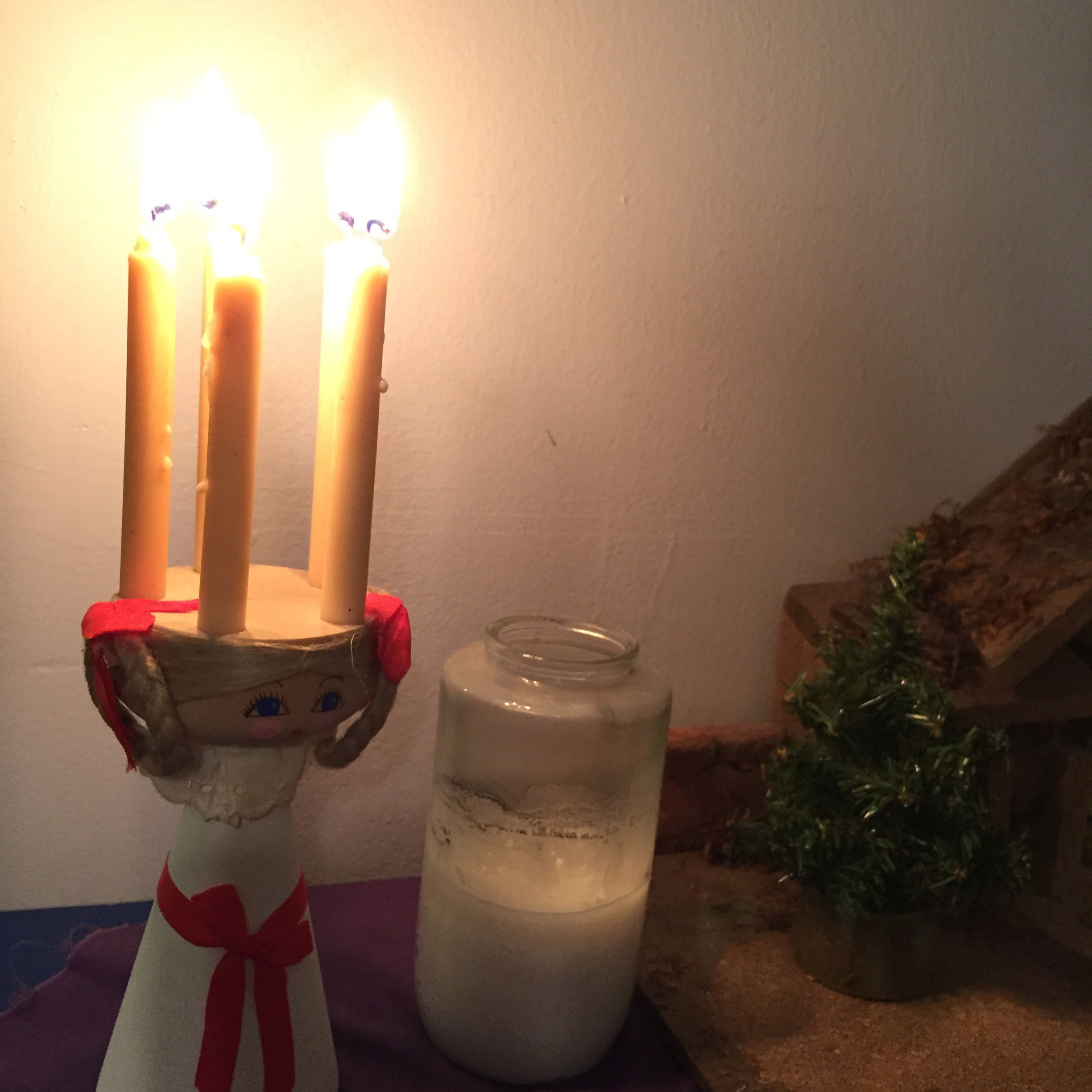