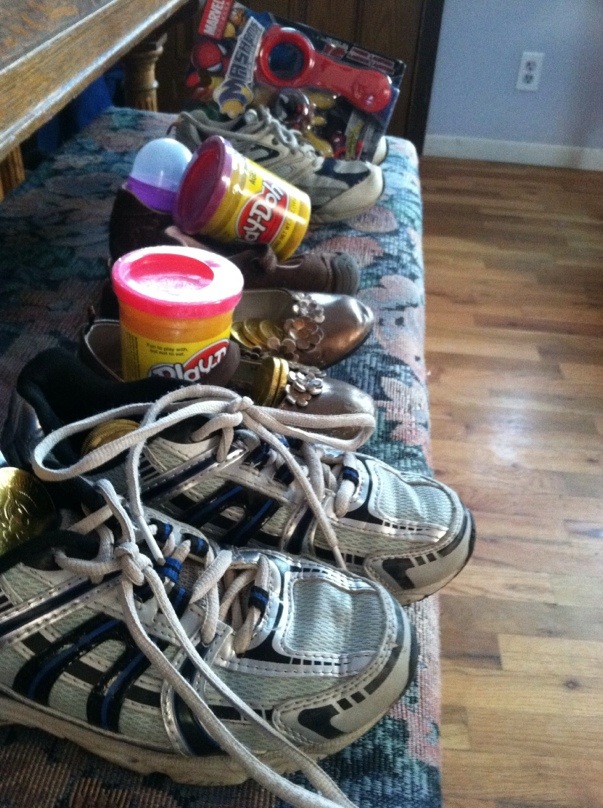 We don’t do Santa around these parts. Instead, we celebrate the feast of Saint Nicholas (by the by, Max is insisting his brother will be named Nicholas Noel. He’s disgusted it’s not on the poll. . .). Seeing as today is that great Bishop’s feast, I thought it was a good time for some reflection.

I think we missed the boat with the Santa thing. This advent I find myself feeling helpless without any sense of leverage. Households with Santa, however? THEY have “he sees you when you’re sleeping, he knows when you’re awake” and I am a little jealous.

Granted, we always expect the kids to be good for goodness sake, but for a multitude of reasons (mom’s laziness chief among them,) this season they are NOT. They are slow to listen, manipulative and selfish. Sometimes I watch and listen and wonder who these people are. What happened to our children?

The threat of Santa watching seems brilliant at the moment. Much better than what has transpired, I fear. In a moment of extreme frustration – in the middle of the Macy’s Thanksgiving Day Parade, in fact – after Max and Philip had managed to pull the banister out of the wall, I decreed that no Christmas presents had been bought and none would be bought until they stopped destroying our house ( it’s an ongoing thing. . . ) and could prove to us that they could take care of the crap they already have. Martial Law went into effect.

But has this worked? Nooooooo. In fact, things have gone from bad to worse and I’m only speaking of Jac and my nerves. The kids seem impervious and actually spent one whole evening last week trying to outdo each other in their vehemence that they don’t like/want presents because that’s not what Christmas is all about anyway.

At least we’ve gotten THAT right.

P.S. The banister episode. Max came clean about what happened all on his own. “It would’ve been fine if Philip hadn’t gotten up there with me!” “‘Up there’?” “Yeah. I was hanging on it but then PHILIP got on and it came off. He should’ve stayed off! So, it’s kind of his fault.”