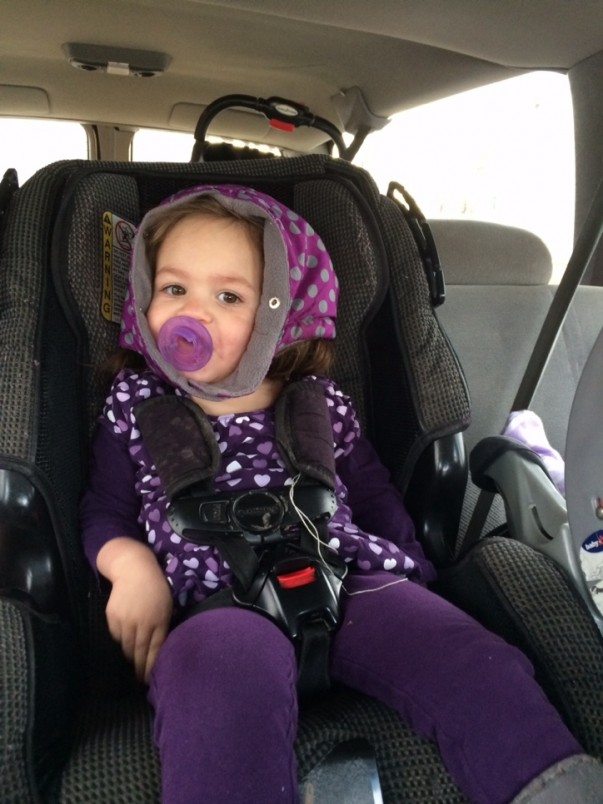 Mama Syd is here and we all know what that means.  Hand-me-downs!  Yaaaaaaaay. . .

They really are a blessing (it’s the process that isn’t) and bring up so many memories.  Poor Ellie, she’s so very excited about being in 5T but has been downright confused with some items.  “Wait . . . ” she says, squinting her eyes and cocking her head, “I remember wearing that . . . ” Yep, you did sister, when you were 3 but now you get to wear it again in Tess’s size!  Aren’t you lucky?!

The hand-me-downs are also proving how bad my memory is getting.  I can’t keep who wore what straight any more.  This has caused us to come HERE a number of times to double check or prove our theories.

There are holes, of course, things I thought I wrote, pictures I thought I posted.  And I realize that someday I’ll want to look back and remember this time so I should do something about that.

February/March 2014 was that time when:

-Philip turned 9.  He received 42 oz of chocolate from Mama Syd and Papa Chris, we made a red velvet cake and went ice skating.  Let the record show that I did NOT fall but someone I love very much DID.  I’m pretty sure all the kids did, too, so  . . .

– Lulu is 4 months, 19 lbs, can roll over and loves to blow raspberries. She loves her mom which means she’s in my arms a lot.  I’m getting buff but not getting a whole heck of a lot done.

– We survived yet another Pinewood derby, came home with 2 trophies, and Ellie raced her first car.

– We made so many Valentine’s.  There was glitter everywhere.  It was lovely.

– Tess lost two teeth in a week. The tooth fairy was late due to being hung up in customs on her way out of Sochi.  Profitable business, hockey games are.

– The dishwasher – God rest it – is dearly missed.  Each meal produces a stack of dishes and we are usually making 3 meals a day so . . . goooood times.  I’m thankful for the view out of the kitchen window.

– There was that one time that I took all 6 of the chitlins grocery shopping on a Saturday morning by myself.  We survived and when we were finally all loaded up in the Suburban again I asked who needed a margarita.  Philip and Max were disgusted and offended at the suggestion.  “Welllll,” Ellie said, “what’s in it?” “Lime juice and tequila.” “Oh!  Yeah, I think I can have that.  ME!”