Last night I was perusing Pinterest how I do and saw a pin Lacey had found.  It was an idea to let little ones paint water color on ice. One of those, Who thinks of this stuff/Why didn’t I think of that? projects.  It was a good idea.  A REALLY good idea.  I prepped for sleep and had even tucked myself in but couldn’t get the idea out of my mind.  Gemma would love it.  It’d be a good diversion from the Cheerio/Fruit Loop/Apple Jack necklace stringing that is her usual request.  I got up, found a plastic container and prepared for an IT after midnight.

I did feel as accomplished and on top of it as I had imagined I would when I woke up this morning.

The kids all queued up for their times this morning with Gemma clarifying over and over and OVER that she would indeed get an IT.  I finally told her that I had a special project for her which upped the anticipation by 50%.  When I finally put the ice and the paint on the tray, she was hopping with excitement. 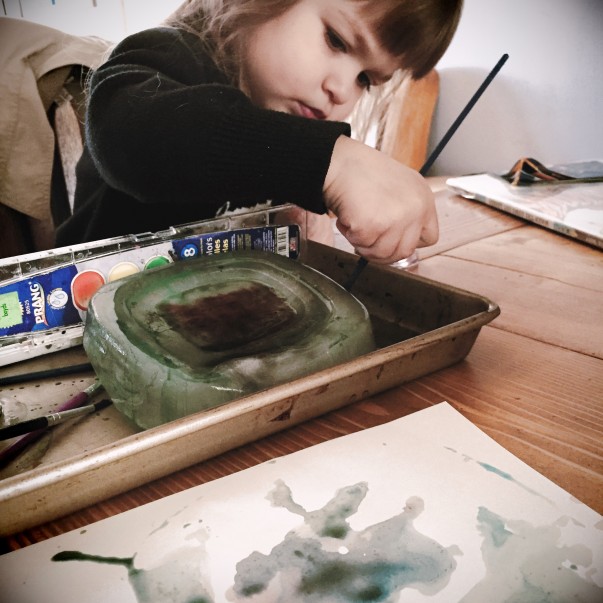 She wasn’t the only one.

“Wait, what?” Tess attempted to understand.  Soon everyone gathered around to check it out.  She took to it quickly and with a lot of concentration.

We flipped the ice over a few times.

We even made prints. 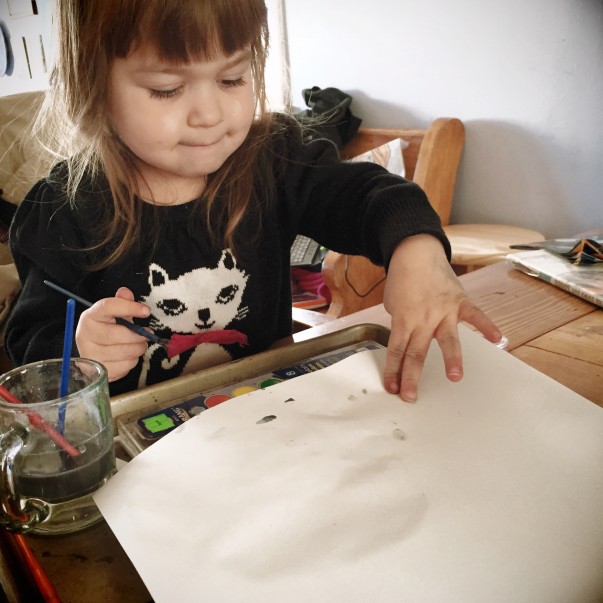 After 15 minutes or so, she decided she was done but she didn’t want anyone else to touch it.  She returned after a while, making it a mixed media project. 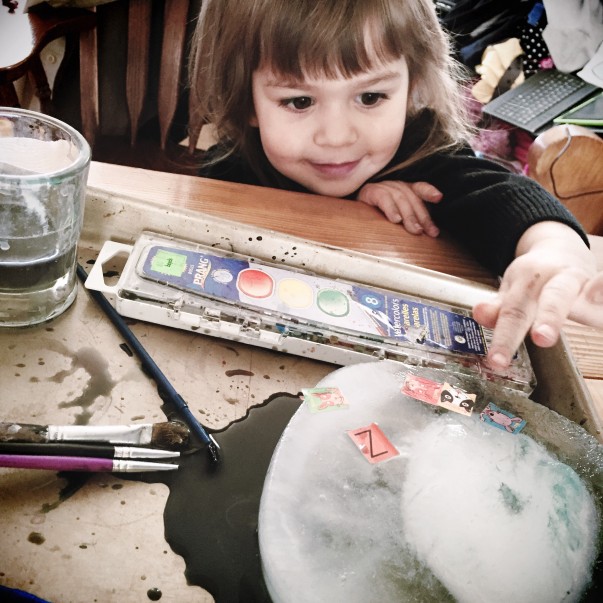 We will see if this will be the expected activity from here on out.  The original idea is here. Thanks, Lace, for the heads up!