Here’s how that goes with kids:

“Give a kid a fish and they won’t eat it.  Teach a kid to fish and they’ll hound you to take them fishing again and again.”  Or something like that.

Anyway, Max caught the fishing bug bad this year.  He wore Papa Chris out more than once at Iron Creek.  He’d stay in the boat for HOURS.  Honestly, the only thing that would make him come in was when he had to go potty.  Never mind if the Skipper announced he had to go . . . he could wait because Max was FISHING.  !!!!

Our last day at the lake was sad, sad, sad.  He managed to sqeak in some more pole time and even learned to make some “jiggers,” Max speak for lures.  But beside those small bright spots, everyone was rather heartbroken to be leaving.  That is, until it was announced we were leaving to go fish with Bob.  On his boat!  At Sheridan Lake!  Then it was all, “What’s taking you guys so long???”

Thankfully Bob and his boat and Sheridan lake and the crappies (that’s pronounced “Crop-pees”) didn’t disappoint.  No, it was pure bliss for Max as he reeled in fish after fish on his own.  He was feeling like a man and his appetite was not sated, only whetted.  We spent the next few days listening to pleas to do it again.  Again and again. 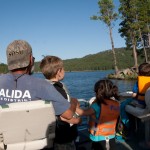 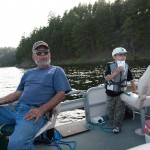 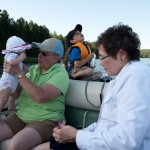 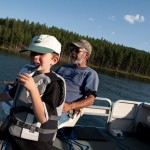 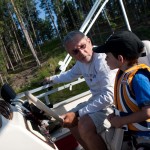 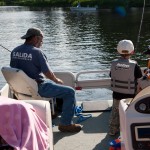 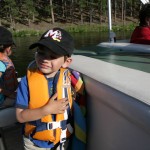 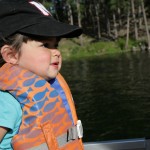 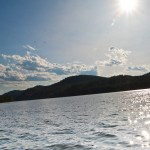