I don’t really know where it went, but the summer has gone.  Well, nearly anyway.

So, with this being the last week of summer (or so they say), I thought I’d spend the week sharing some of our memories from the last 3 months.

No really, how is August over?

Boys?  Boys are easy to please.  You present them with a little wood, some sand paper and spray paint and offer them the promise of a chance to win something and they are happy.  HAP-PYYYYYYY.

And so it was that we had one very happy boy on our hands in the middle of July.  The cub scout rain gutter regatta was in Spearfish and he was sure, sure, sure he would be victorious.  With his spirits as buoyant as his boat, he seemed impervious to the heat and the stress that accompanied such an outing.

Meanwhile, Jac and I had low expectations – not for Max but for the event itself.  The pinewood derby was less than stellar with our pack and we have become a little jaded.  Yes, jaded in the last 9 months.

We were pleasantly surprised.  Surprised and impressed.

“Griz” the scout man, was full of fun and songs and cheerful thoughts.  Self effacing jokes?  Check!  Silly cheers?  Yup!  A love of scouting and all that that means? Heck yes! The boys loved him and we were big fans, too.

We were also big fans of Max and his boat and his lungs o’ steel.  For the race, each scout puts their little sail boat in a rain gutter full of water and blows their heart out to the finish line.  Max huffed and puffed for all he was worth and after 4 heats and waiting in a lot of heat, we got the results and he came in

To cap off the race, the boys were set loose in the fish hatchery to find 12 golden coins that had been hidden out and about.  If they found one such coin they got to choose a special prize.  The thought of a golden coin was enough to inspire our son and he set off with determination.

I lost him and Jac in the chaos but when I found them, grinning ear to ear, he let me in on the secret to his success both with his boat and in the treasure hunt.

“I thought about it and I just knew I would win.  And then I did!”

And that pleased me.  No spray paint needed. 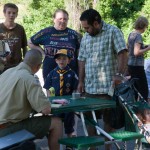 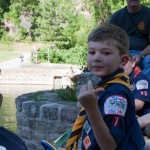 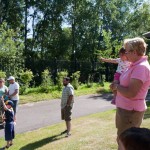 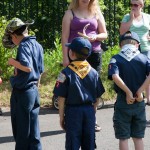 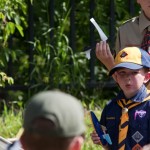 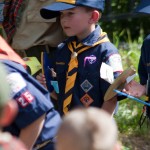 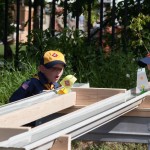 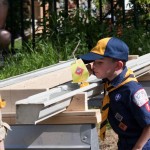 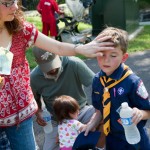 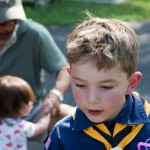 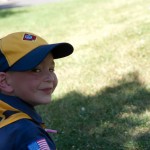 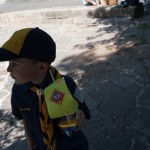 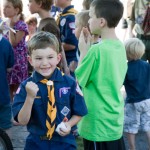 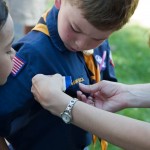 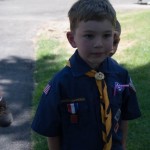 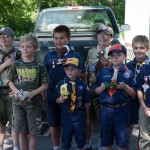 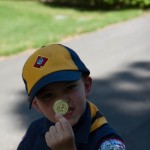