In the Daniel family, December means not only the birth of Our Savior, but the birthdays of 5 of it’s members.  FIVE!!  It’s fine. I think it’s great.

Actually, it’s enough to give a gift giver a minor nervous breakdown.  What to do for charming, original and unique gifts not once or twice, but FIVE times and then so close to Christmas?  Ugh.

Grandpa’s big day is the first one up, and, in the midst of teaching the alphabet, we thought we’d spell out ‘Happy Birthday!’ with the kid’s bodies.  Sweet!  Simple!  Super fun!  The kids found it novel and were more than happy to cooperate.  Jac was busy, so I’d position bodies and then climb a stool to get a photo.  It was a neat little system.

So, in preparation for Grandma’s birthday, we planned to do something similar. (There’s a limit to my creative juices.) I asked for Jac’s help this time because I thought it’d go quicker if I could direct and form letters and he could photograph from a perch.

Instead, the kids turned wild and pretended I spoke a foreign language.  Add Monday to the mix and what we had was a zoo.

I have the photos to prove it. 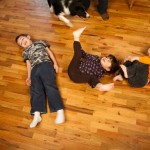 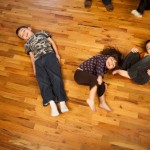 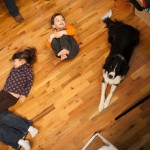 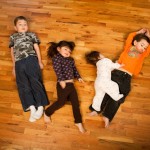 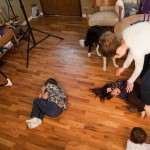 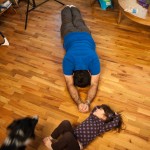 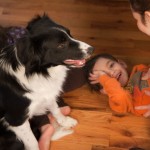 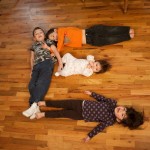 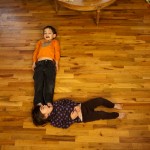