We tried to garden this year, we really did. Mama Syd planted loads of seeds with the kiddos, we prepped and planted a raised garden bed, land was tilled . . . then Ellie was born. Watering was forgotten in the midst of diaper changes and trying to survive. It was a sad moment to admit defeat when the weeds took over. It was even sadder when Philip asked when “his” watermelon would be ready. I added it to the list of “Failed as a Mom” moments.

Therefor, it was a little redemptive, very healing and a great learning experience to be invited to the Nixon’s for a garden party. Their garden is, in a word, spectacular. No, really. And when I say “garden,” I don’t mean a few rows of healthy veggies, though they do have that. I mean rambling, planned, total landscaping – the type of stuff in Sunset magazine. And it’s all the work of the family’s hands. Everyone is involved. Will – the four year old – spotted weeds like a pro; Philip would’t know a weed if it bit him in the butt (as my mom would say). The garden is a reflection of who they are.

So, while my kids learned how to pick cucumbers and tomatos and ate carrots right from the ground, I learned an important lesson, too. Somewhere, I adopted this thought that a garden must be just “so” and must stay that way. That it required vigilance and had strict guidelines – you worked to get it a certain way and then did everything to ensure that it stayed that way. But there in the Nixon’s garden I saw that wasn’t so. Trees die in the harsh winters, so you cut them down, make stepping stones fromt he trunk and till the spot where they stood so that something else could grow. Things come and go, they work or they don’t and you make adjustments as you progress. Just like life.

It was a beautiful day and a wonderful visit. After a lunch of freshly picked tomato and basil sandwhiches, it was announced dessert was ready. The kids, always eager for sugar, were anxious for this treat. The look on Philip’s face when Glenda put a pot of poppies down in front of him!!! Priceless!

It took us a minute to convince him it was edible “dirt” and mud – oreos and chocolate pudding. He was less than enthusiastic, but everyone they’ve spoken to since has heard about what makes “candy dirt.” It left an impression, that’s for sure.

So did the garden. 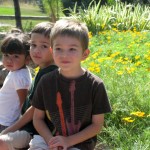 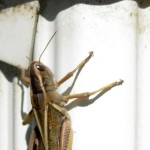 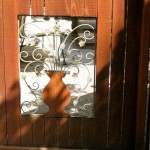 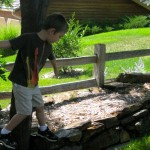 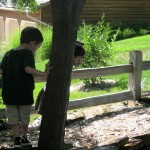 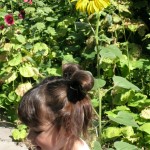 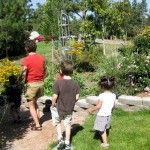 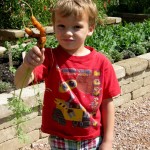 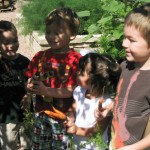 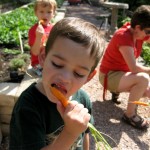 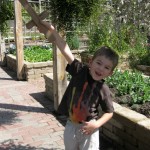 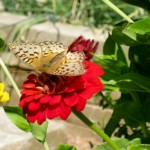 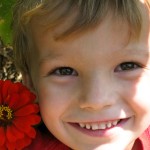 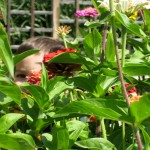 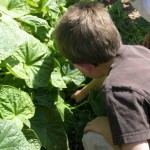 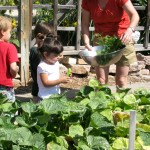 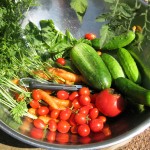 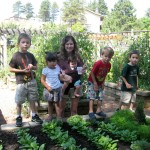 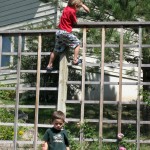 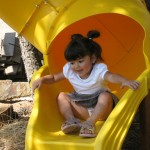 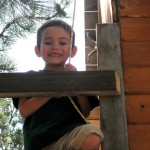 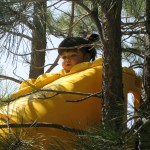 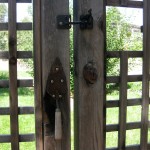 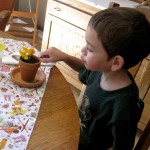 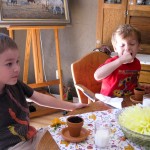