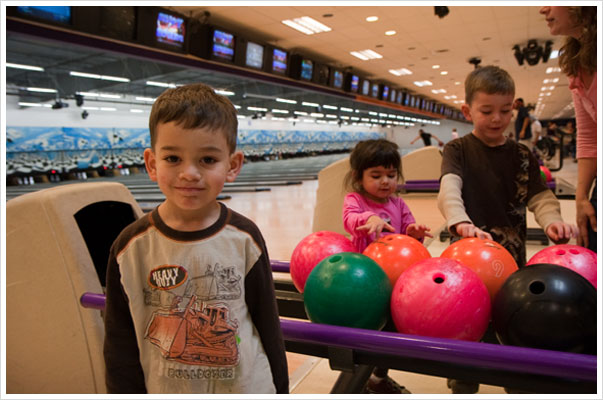 For quite a while, the kids have been preoccupied with the desire to bowl.

It doesn’t help we live a block from a bowling alley.  Each time we drive past, they tell each other tales of what happens on the inside.  “Someday Mama said we will go and see it for real.”

But-and it’s a big “but”-smoking and bowling are synonimous in South Dakota, so I’ve had to put them off.  AsthmaGirl (that’s me) can’t handle 30 minutes in that tobacco haze let alone 10 frames.

Is it 10 frames for a game? I have no idea.  And that’s the other problem – I know NOTHING about bowling.  All 4 times I’ve been forced to bowl, I’ve ended up in tears.  I don’t want my kids to have the same problem, so what to do?

Make the Wyeth’s take us bowling!

Ivan is in a league and has his own ball and shoes and everything.  Plus, the Wyeth kids could help the Daniel kids and all would be well.

At least, that’s what I hoped.  As the time drew nearer, I forgot to be nervous about my game (or lack there-of) and instead worried about any or all of my children freaking out at the prospect of noisy lanes, heavy balls and having to remove their shoes to play.

It was all for naught. 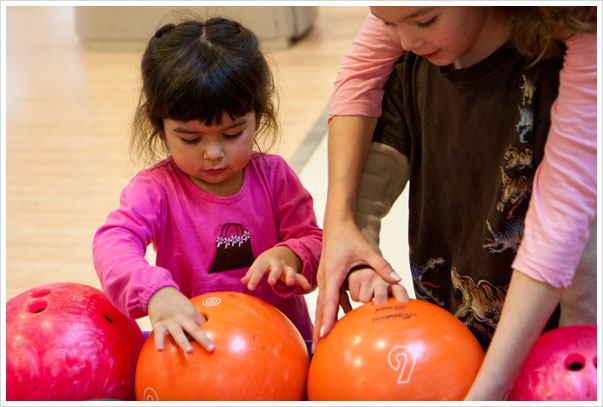 By the time we got shoes, all were smiling and running to our appointed lanes.  By the end of the night, each kiddo had adapted to the game and begged to stay for a second game and then “just one more!” Philip was upset he couldn’t take his shoes home and Max was convinced he could handle another game while Tess laid on the floor, content to watch the last of each game. 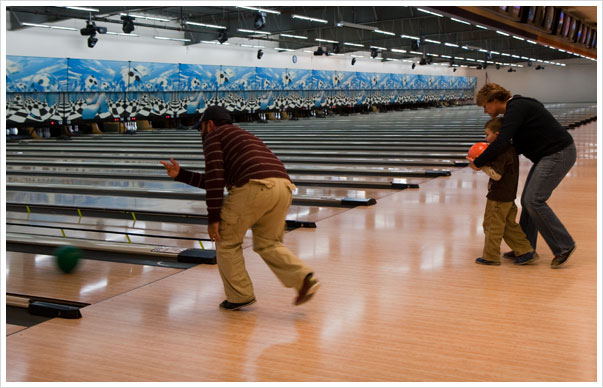 In making a dream come true for the kids (who knew it could be so easy!), I had hoped we’d satisfied them.  I’m afraid, however, we’ve awakened a beast.  If we don’t end up bowling in SD, I do beleive that, at the very least, we’ve begun a new tradition. Bowlarama 2010, see you there!