The last time we saw the Pacific Ocean up close and personal (you know, aside from standing on a wharf in San Fran . . . ), the kids were bundled into winter coats and Philip cried.

“I don’t like the ocean!” he howled over the angry gray waves.

He was very, very young.

So, when we made plans for this California trip, on the ‘pro’ side of abandoning Rapid in June was a nice trip to the beach.  I think, from the way they talked, the kids envisioned something akin to Tahiti or Maui or even Florida.  I was sad to disappoint them.

“The water is always cold.” I warned them. “You can’t swim in it.  Sand castles are hard to build sometimes.  The shells will be small.” Jac says that’s being a Debbie Downer but I call it being a realist.  Better to be surprised than let down, right?

Because God is real and he loves us, our trip to the beach was hands down the best trip we’ve ever had.

Ivan, Cindy, Allie and Elaina offered to be our escorts and suggested Sea Cliff State Beach.  It meant a drive through the Red Woods which was a nice addition. We planned on cool and over-cast but were met with mid 70s, low wind and lovely sunshine.  Even in the middle of the week the beach was busy but we were able to find shaded tables and a place in the sand to call our own.

The sand!  It was hot and fine and soft under our feet.  The older three dug in it like dogs while the two little girls sifted it through their fingers and mixed it with sea water, happy as clams.  Tess found shells, big and small, and we oohed and ahhed.  The kids chased waves and were surprised at the taste of the ocean when it rose up around them swift and frigid, splashing their faces and putting sand in their ears. 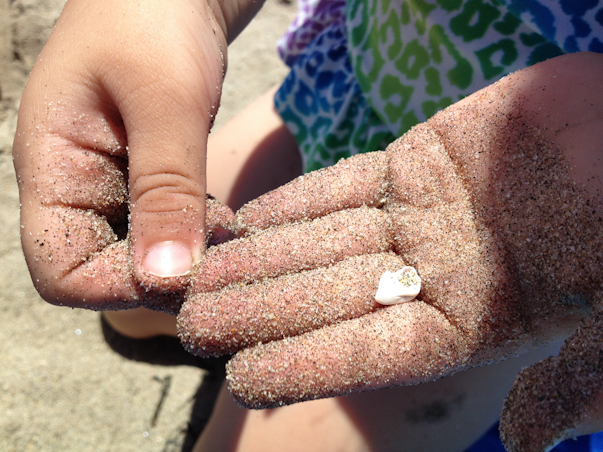 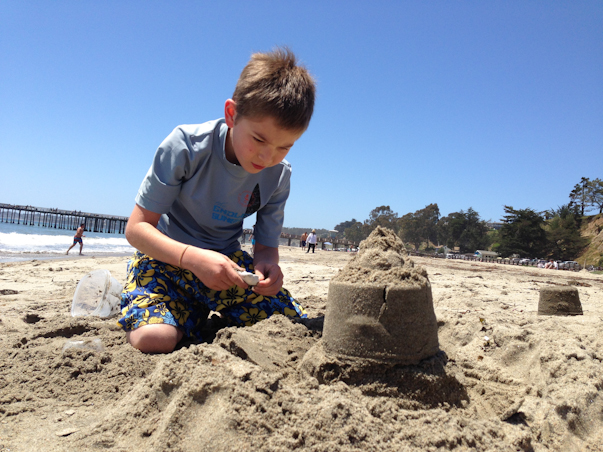 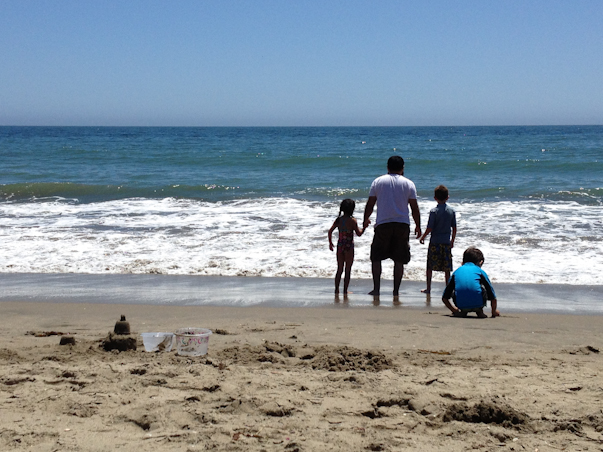 Ellie, well she was petrified and became hysterical at a suggestion of nearing the water.  Gemma was interested in checking out the bubbles but tried to climb us like trees when we lowered her feet to the foam. 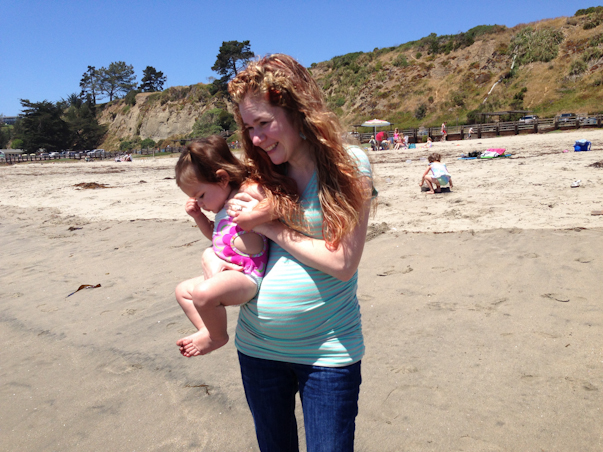 The waves were green and mild.  2 seals played near the beach and Gemma was impressed with every bird she saw.  We were near the Cement Boat and walked the pier with the girls out to the end for a better look.  We checked out the visitor center and saw starfish and anemones.  We laughed when Ellie asked if she would see monkeys at the center and laughed again when the docent showed us a Monkey Faced Prickly Gar fish.  We saw a giant kite shaped like a penguin and Max even got to attempt a ride on the boogie board. 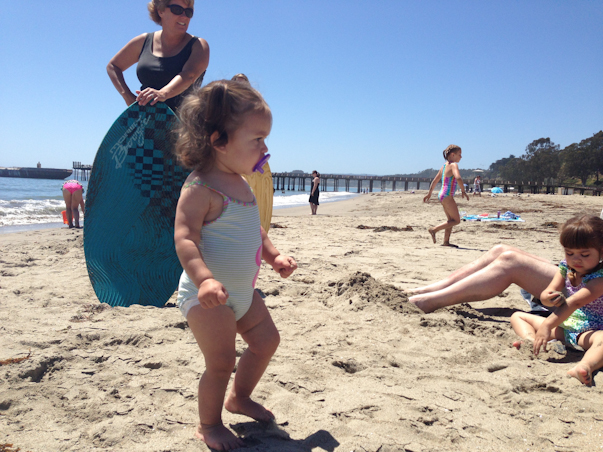 No one was really ready to leave the beach (maybe Gemma was ready.  She was tired.) but we packed up and rinsed off our sunburned selves (did anyone remember sunscreen? Nope.) and hit the road. Highway 1 to be exact.  Let me tell you, driving the western coast of California at sunset in the summer is a delicious treat.  We marveled at being on the very edge of the land.  We pointed out the growing artichokes and strawberries.  We drove up onto sea cliffs and down into drainage basins.  We saw kite boarders and a lighthouse and real, live surfers. 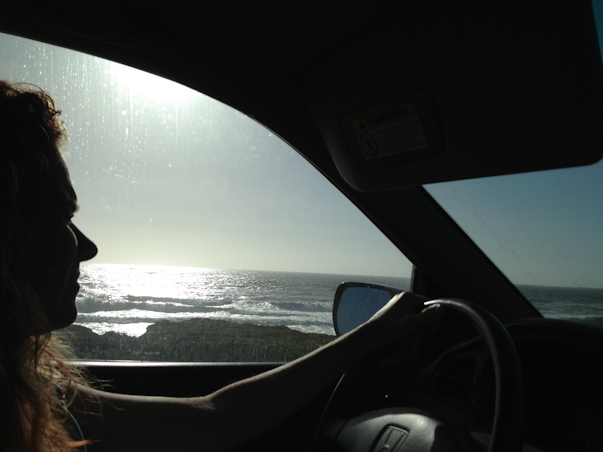 Up and up we drove until the sun sank low and the kids (and dads) fell asleep and the air grew cool.  We stopped for supper at the Half Moon Bay Brewing Company.  Yes, the ocean increases your appetite, but the restaurant was spectacular.  It may have helped that we looked out onto the marina and past that onto the sea.  I cannot recommend enough the fish tacos (get the cod fried!) and even the kids, stuffed to the gills, moaned about how good the food was.  Worth the trip. 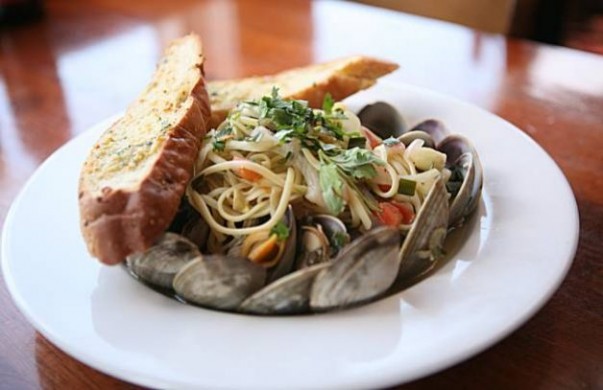 Who cares that we got home after 11? That we were burned to a crisp and tuckered out and unwilling to walk into the house when we got home?  It was more than we hoped for and better than we planned.  And that’s always nice.

*Thanks again, Wyeths, for a really great day.  It’s always fun to make memories with you! Next time it’s on us!*