In Which We Meet George Lucas

Or, see him, to be more accurate.

A while back, during our nightly sharing of blessings, Philip said,

I get it.  I get that he and Max are enamored with the works of both men.  So one of them happened to be a great Catholic mind, a family man and towering intellect and one of them developed Jar Jar Binks.  They both created lasting images of imaginary worlds that suit the minds of my boys (and millions of others) to a tee.  I understand that Philip is in the midst of writing his own epic fantasy and the works of both Tolkien and Lucas are inspiring to him.  (We’re studying Homer currently.  Maybe he’ll rub off a little, too, in the future.)

And I can be forgiving about a little fanaticism for Mr. Lucas as he is a native of Modesto, too.  Sure, I grew up in Salida BUT I was born in Modesto, attended high school there and when asked where I came from, give IT as the starting point. (No one has heard of Salida but Modesto is the car theft capital of the nation.  On the map, baby!) In fact, American Graffiti, Lucas’ Academy Award nominated film that put him on the map is set here in Modesto.  Who doesn’t have a soft spot for him in the Valley?

So, when we arrived in sunny CA last week and read that George Lucas would be Grand Marshall of the American Graffiti Festival Parade this year we made plans to get a glimpse of him.

In the 100 degree weather.  Downtown.  With everyone else in the city.

We took just the boys and our ice packed water bottles.  We called it a blessing that we could park 4 blocks away. We found a spit of shade and began to sweat.

For an hour and a half we sweated.  Yes, we looked at cars and people while we sweated. We received plastic firehats and drained our water bottles and discussed the biography of George Lucas.

And then – oh man! – things started.  A handful of cars with the mayor and council members and then a salmon coupe with Mr. Lucas waving as stoically as the heat would let him. 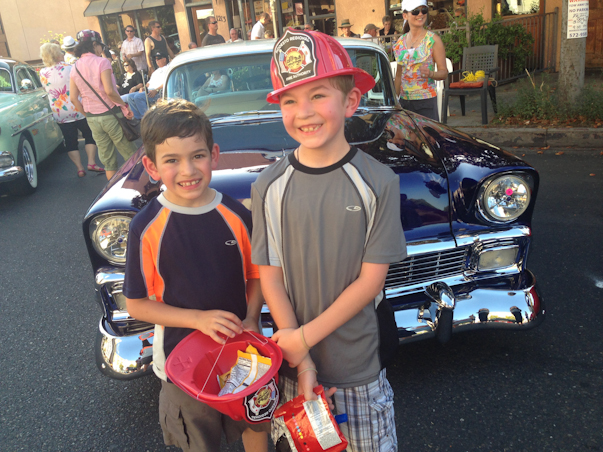 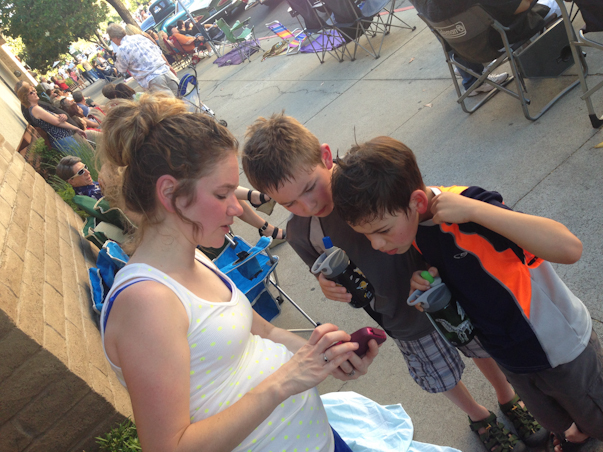 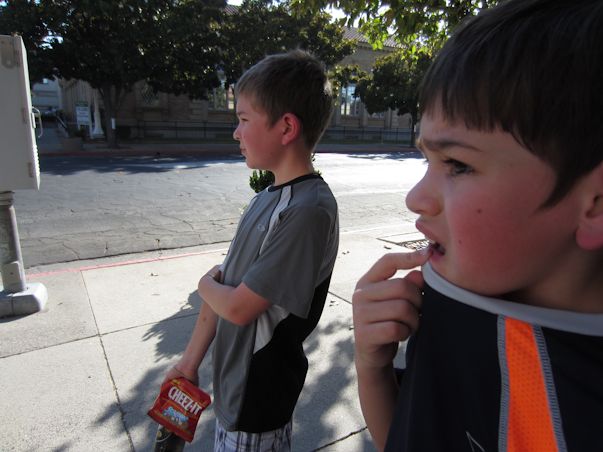 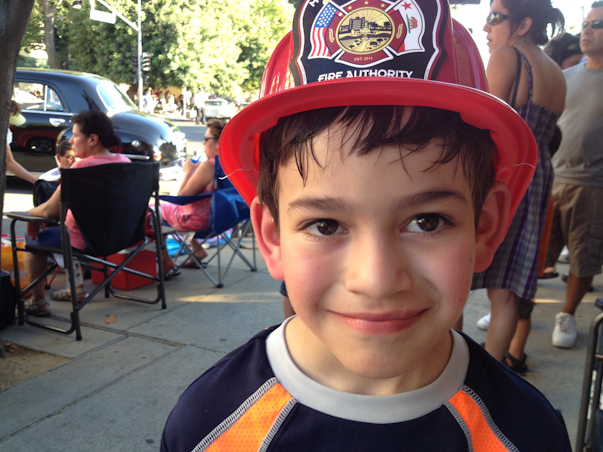 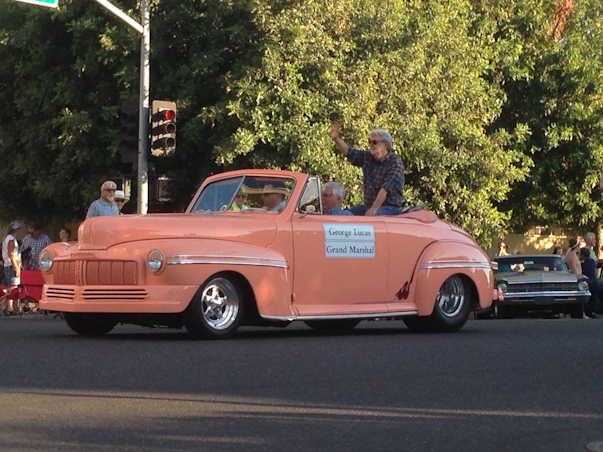 The boys got their look and waved their waves and once he had passed requested we go to the Wyeth’s and get something to eat.  So just as quick as George had come and gone, we did the same.  It was worth it.