Lots and lots of fishing.

In the creek for minnows and out with Papa for trout.  If they are very, very lucky they end up on Bob’s pontoon at Sheridan and go after the crappies and perch.

This year did include a day with Bob and my favorite catch of the year.  “A real Crapper” Bob pronounced when Max hooked the biggest one of the day: Papa Chris.  Right in his back.  Wish I could’ve seen it. . .

Max talked a lot about how he cast like a pro and how he was going to school those fish.  (Get it?  School??  Fish?) When Philip caught the first trout, Max wasn’t so charitable.  But when it came time for the photo op, it was Philip with the sour attitude. 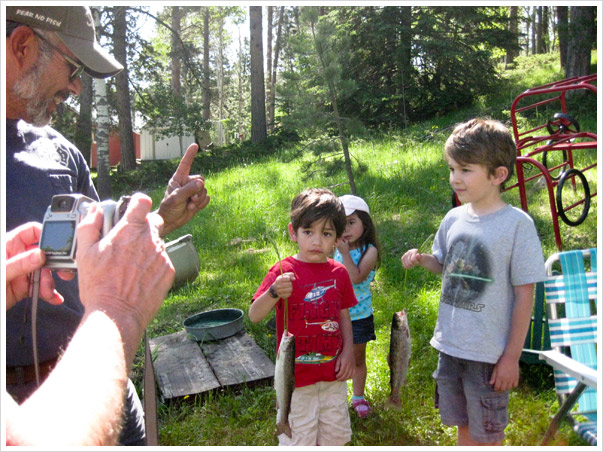 Meanwhile, Tess has been planning an attack on the fish since last year.  She knew that THIS summer was her chance to show Papa that she had what it took to be an angler.  She sweet talked Uncle Billy into getting her a princess fishing pole and while Papa grumbled and complained about the ridiculousness of that “worthless” pole and how she wouldn’t catch anything, she reeled in 2 whoppers.

And while she looks excited here? She was really excited about this: 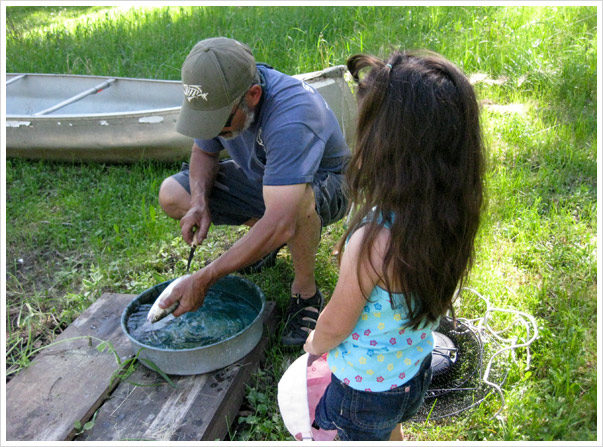 I have never, NEVER watched anyone gut a fish.  My girl?  My princess?  She watched every chance she got.

On another front, I felt nothing but pride for this one: 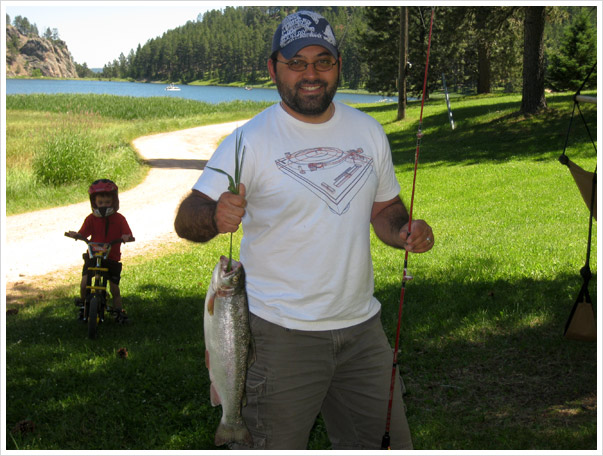 It wasn’t his first, but this trout was a record breaker at our place.  And it was the only one caught that day. 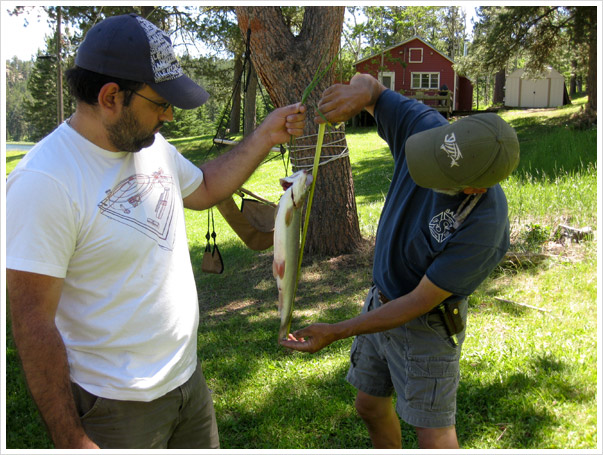