From CA With Love

“Are you going to put us on your blog?” Allie asked. 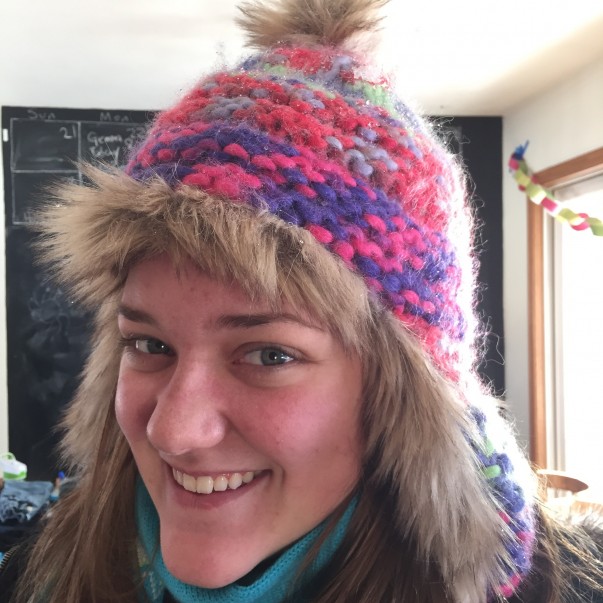 Sometime in the fall Chelsey wanted to know what the weeks after Christmas looked like for us.  Days later a text came with a screen shot of her ticket info. “Surprise!” she wrote.

A week later a text came from Allie:

“Am I allowed to come with Chelsey?”

“Whether you are allowed to come is up to your parents but our door is always open to you!” I sent back. There was a pause.

The angels sang again! It was the greatest Christmas gift.

And so we celebrated the great feast, took a day to rest and then began our frantic, frenzied countdown to the girls arrival. Then the night before, the reality of traveling in the midwest/west/wherever-it-is-that-Denver-is struck.  Flights canceled, delayed, rearranged.  Arrival times pushed and pushed and pushed.  Have you ever tried to explain to a child that YOU DON’T KNOW! when a plane will land?  Ugh.  Looking into schooling options now because the kids lost all trust in my knowledge that day.

Late on the 30th, in subzero temps, they arrived.  Thanks be to God! They were here buuut . . .Allie’s bag wasn’t. 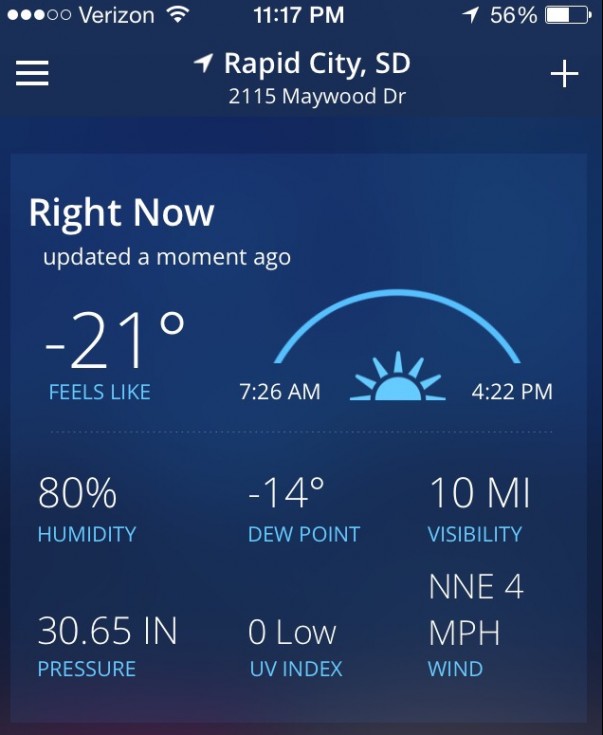 We spent the 31st catching up and resting and checking emails and websites and call centers for the missing luggage.  That night, Luke came and we ate way too much sugar and played minute to win it games and learned about the dangers of Trivia Crack on our phones.  We rang in the new year with the Wyeth’s (as is the way God intended New Years to be!), saying hello to 2015 with satisfied hearts. 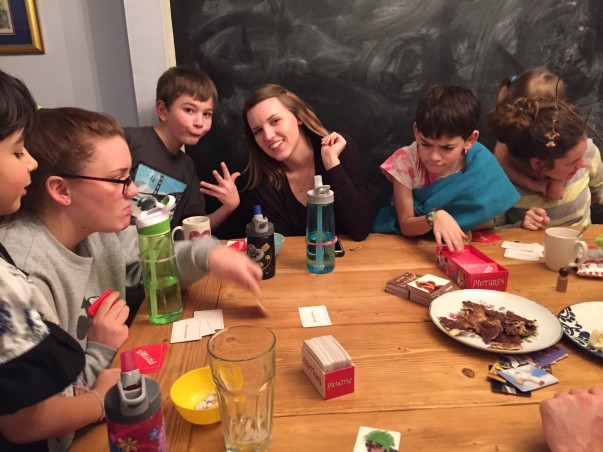 Looking back on our week (a glorious, glorious WEEK!) I’m sad we didn’t do anything too exciting.  It’s hard to do exciting when it’s below zero in a tourist town that closes for the winter. We did attend Mass 3 times, a wedding rehearsal dinner (with tamales!  In South Dakota! “This is my Christmas Tamale!” Allie declared.  These were followed by homemade ice-cream!) and a wedding. 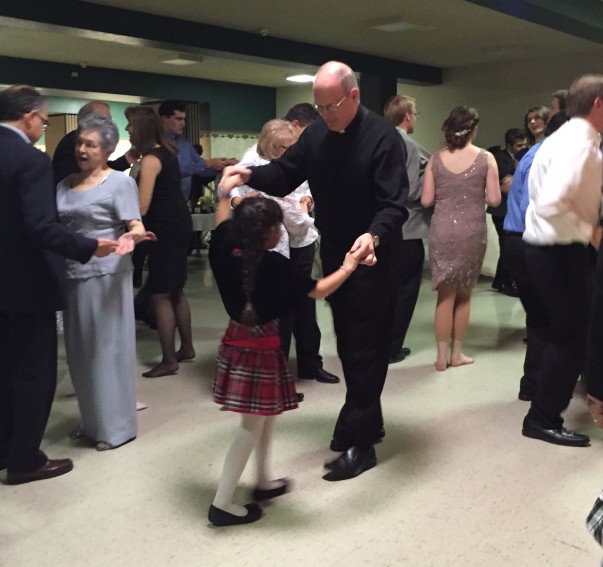 Monday we all needed to bust out of the house so we loaded up the kids in the rain (it cannot be said that SoDak weather isn’t exciting!) and headed south to Custer.  We were in search of Buffalo or Wild Donkeys (they exist!) and found sunshine and porta-potties.  Lesson learned: porta potties in the cold aren’t so bad!  We listened to fighting, bickering kids over nap time and declared that they needed to pull it together because, and I quote, “We are on a freaking adventure!!!!”  Gooooood times. 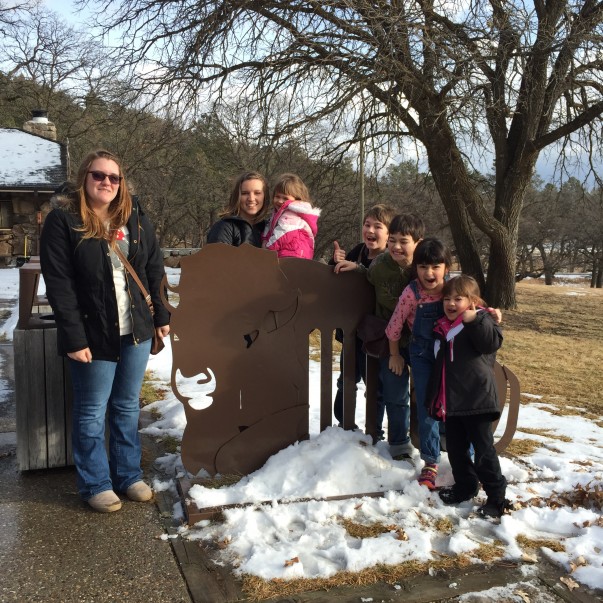 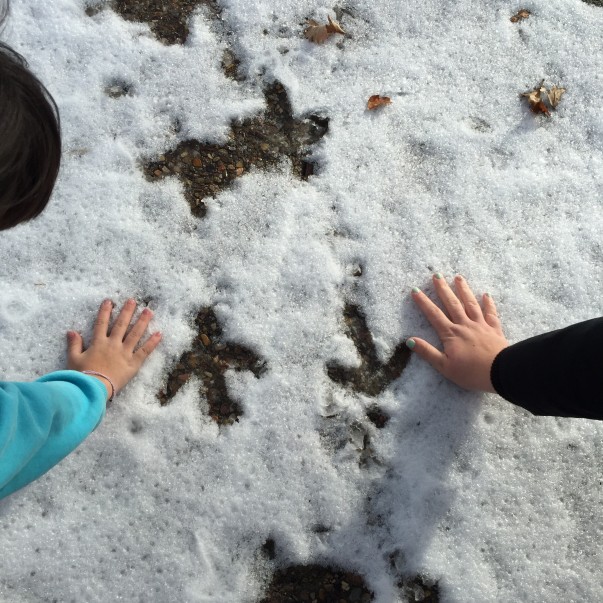 We saw a mama buffalo and a calf and got close enough to make Allie nervous (in the car, of course). We saw deer and antelope and wild turkey tracks.  We turned the 4 wheel drive on and back off and on again and headed back into the hills and the falling snow and passed Mt. Rushmore.  Adventure, indeed! 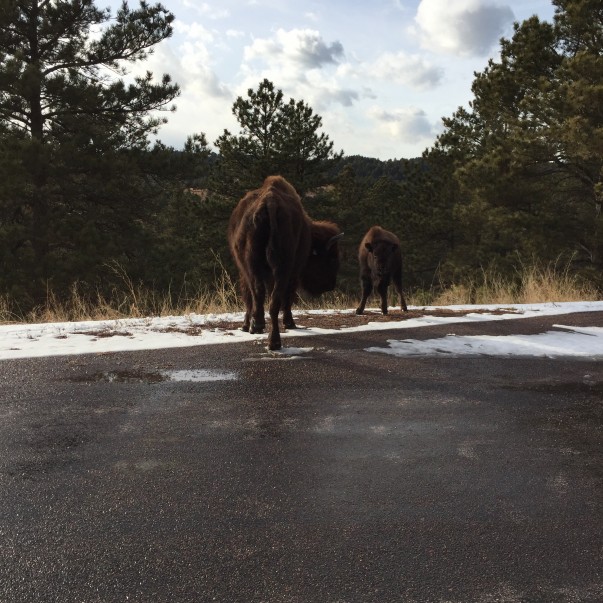 Those girls . . . They watched the crew and cleaned the kitchen, brushed the girls hair and remembered to apply lotion to Gemma when she got itchy.  They got the inside track on the days of our lives, held council around the table, and got into towel/water fights with Jac.  And together we crocheted and painted nails and laughed and made plans and stayed up way too late way too many times. 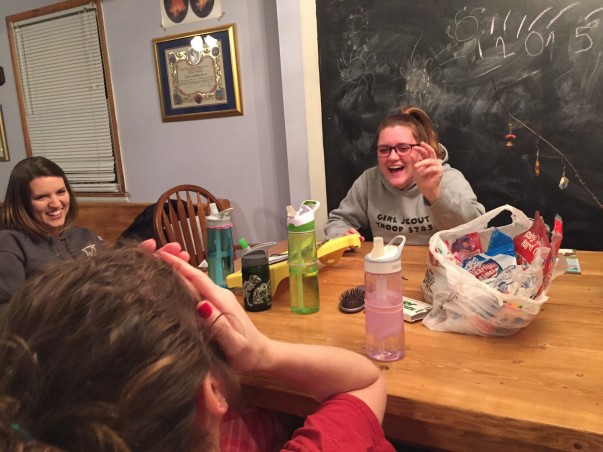 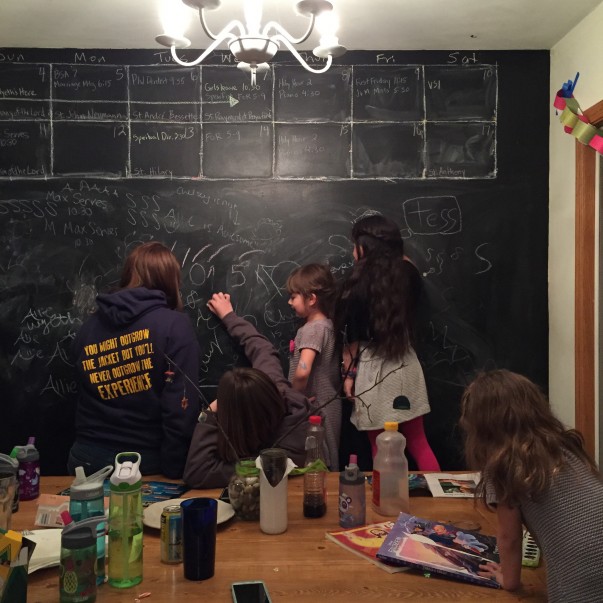 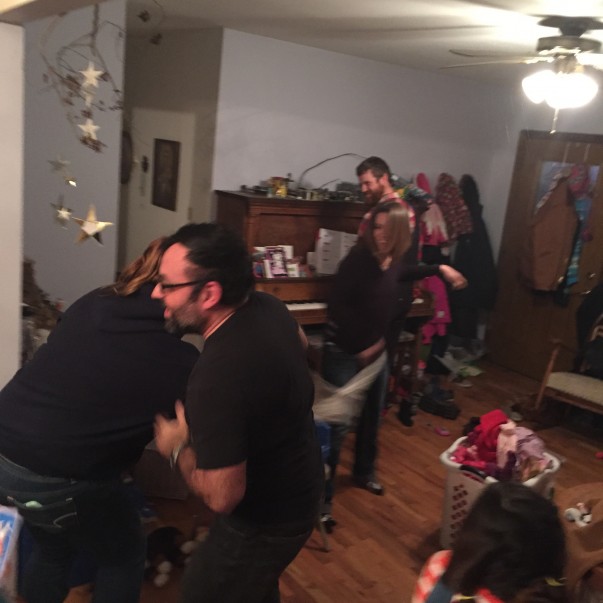 It is hard living far away from some of our family and friends and when we visit there or they come here, it never seems long enough.  But the beauty in the visits is the distilled, purposeful nature.  We can’t waste time or we make a plan to do just that.  And it is always so very, very good. 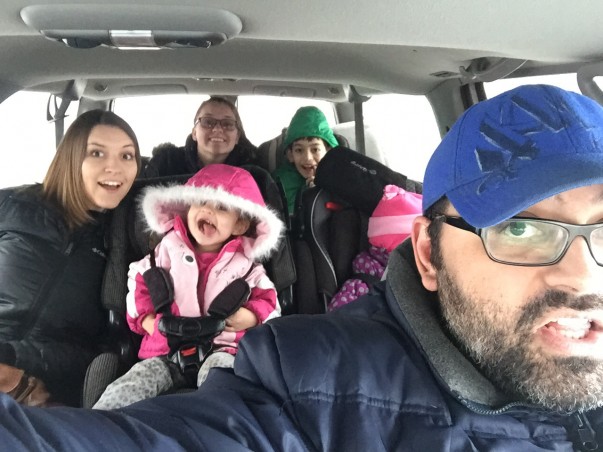 We packed them up yesterday, putting on brave faces and pretending to be cheerful.  We bundled up good against the cold of a crystal clear day while Tess and Ellie questioned why God didn’t hear their prayer for a blizzard.  There was that one moment when hope flared again . . . 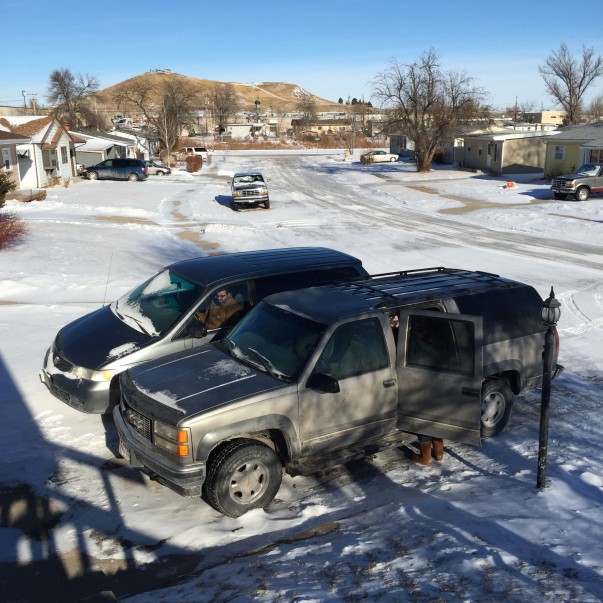 “So, the bad news is, I think your battery is dead.” Chelsey announced with a smile.  Jac headed out not-so-smiley to deal with the ‘burb and shortly we were loaded up.  And then a train . . . !

We got them to the gate and we gave hugs and cried and joked about next time.  It hurt to watch them go and we waved and hollered and waved our good-byes again and again, hoping they’d see our love. 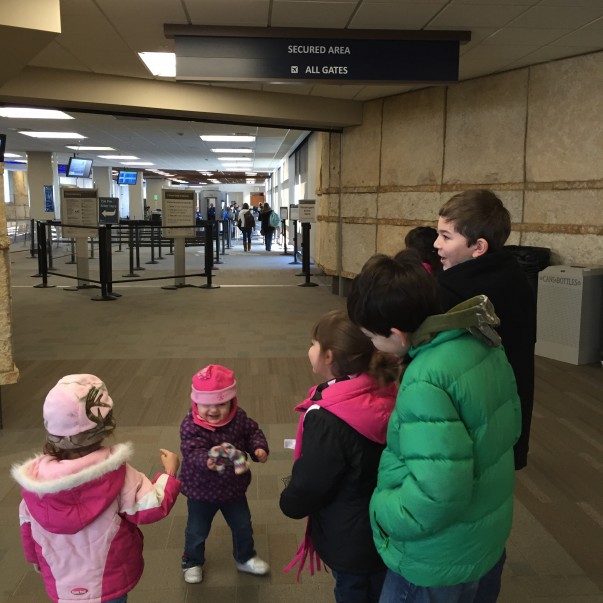 “Did you get a good picture of our butts?” was the text from Allie I read in the car.

“Heck yes!” I replied because that’s real love, too. 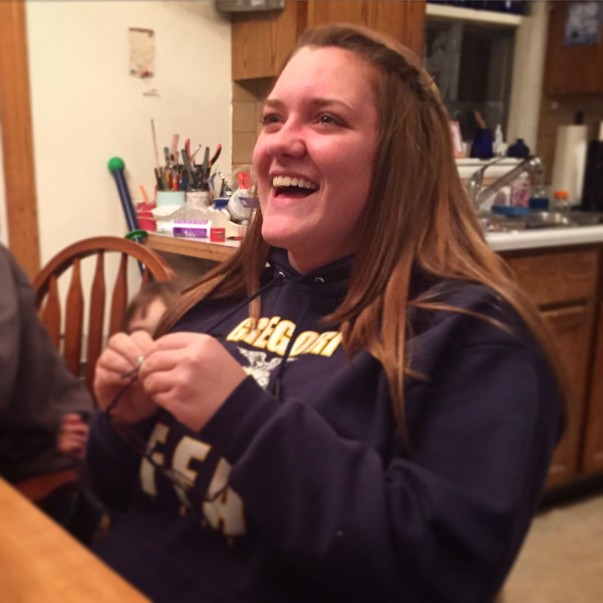 *Apologies for blurry, dark photos.  It’s hard to take sharp pics in the dark of January whilst laughing, trust me.*