Did you know my husband is a super fabulous photographer? I may have mentioned that before. . .

Anyway, he is in the throes of Senior portrait season.  Well, Senior  portrait season for guys. The boys don’t seem as anxious to stand in front of a camera as the girls and they tend to put things off until the yearbook deadline is looming.

So he’s been photographing a lot recently.

One young man wasn’t procrastinating so much as waiting for the right conditions.  After a particularly nasty ice storm last year, his mom decided THAT was the background she wanted – frozen trees.  When the last cold snap hit 3 weeks ago, Jack Frost did his number and turned this neck of the woods into a winter wonderland.  Calls were made and a meeting scheduled.

It just so happened that on that day I was laid up in bed with my sinus sickness.  Jac prepared to head out into the cold – negative teens with the windchill – while also making sure the kids didn’t burn the place down.

He was a little distracted.

He made lunch while he fretted over his camera freezing up.  He showered and stewed about the right location.  He put the kids down for a nap and searched for gloves, hat and scarves. (Yes, SCARVES – plural.  It was darn cold.)

By the time he told me he was leaving, he was a little flustered. 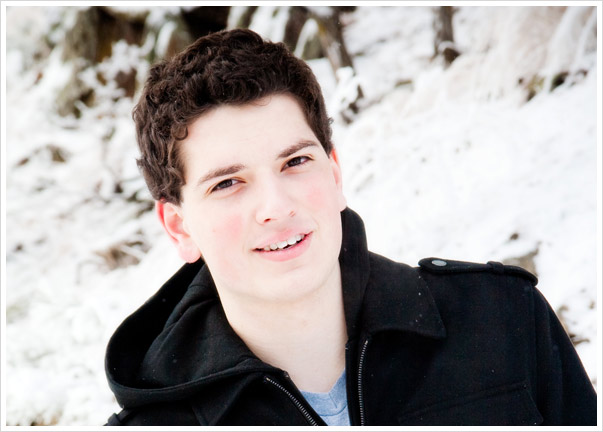 I slept until he came in late that evening with a panicked look on his face.

“I can’t find my wedding ring.”

Now, God is sooooo good because I am quite sure that any other time I would have been pretty upset, but I was so sick I couldn’t enter in to the gravity of the situation.

Did he take it off to make pizza that night? Had he checked his gloves?  Was it still in the bathroom? Could he find me some dayquil.

He was borderline frantic and if you know my husband, there just isn’t much that can take him there. Crashed computers and the moment we decide to head to the hospital for a baby are just about the only things that bring that out in him. I knew this was serious.

I prayed to St. Anthony while he tore the house apart. I asked helpful questions like where he was when he noticed it missing while he looked over and under every surface. He kept repeating he had left his gloves on while he was up in the hills shooting the pics.

Deep inside, I feared the ring had dropped off his freezing fingers and lay forgotten in the snow. I quick shut the door to that thought and resumed my questioning.

What about the car?

By the morning, the kids were aware that something was wrong.  Jac explained the problem and they helpfully suggested that maybe we could go to Safeway and get a new one out of the quarter machine.

“Yeah, except this ring was special.” I said.

“Because it has a scripture from our wedding Mass written inside it.”

Which one? they wanted to know.  Max produced his Bible and they all sat expectantly before their bowls of cereal while I looked up the verse.

“Set me as a seal on your heart, as a seal on your arm; For stern as death is love, relentless as the nether world is devotion; its flames are a blazing fire. Deep waters cannot quench love, nor floods sweep it away.” (Song of Songs, 8:6,7)

The kids sat in raptured silence then all turned at once towards Jac.

“Ooooooh. . . that is sooooo saaaaaaaad, Dad.  Really, really sad. What are you going to do?”

I don’t think it helped the mood of the place.

While he continued to search, Jac crafted for himself several wooden rings.  He felt naked, he said, without one and indeed his finger looked bare and forlorn.  A pale circle wound round his finger and the callous above where the band rested was made visable.

I tried not to think of the missing ring unless we were in search mode.  It was indeed so sad.  Jac and I cherish the memory we have together of waking up the morning after our wedding and being so very aware of the weight of our rings.  That very fact was making him crazy – “I can feel it all the time.  How could I lose it?” he fretted. I thought of how shiny it had been when I placed it on his finger and the scratches and dings it now bore.  The marks of the refining process of marriage, I thought.  I tried to stay away from thinking about how it was that ring that Father C. blessed, that was present through the births of our babies, had held my hand through those hours of pain and sacrifice. It’s just a ring, I told myself.

Fr. Marcin agreed.  “It’s not the sacrament – that’s heresy.  BUT it is the symbol of the sacrament. A sign of what you vowed.  If you get a new one, I would do the exchange of rings again. That’s what I would recommend.” He advised in his Polish accent.

I hoped against hope we wouldn’t have to do that.

The young man whose pictures Jac shot out in the cold needed indoor portraits, too, so on Thursday, we set up the lights and backdrops.  Andy is a musical theater guy and requested Sinatra-esque shots with a vintage microphone.  Jac fired away while we laughed and Andy crooned “I’ve got the world on a string!” 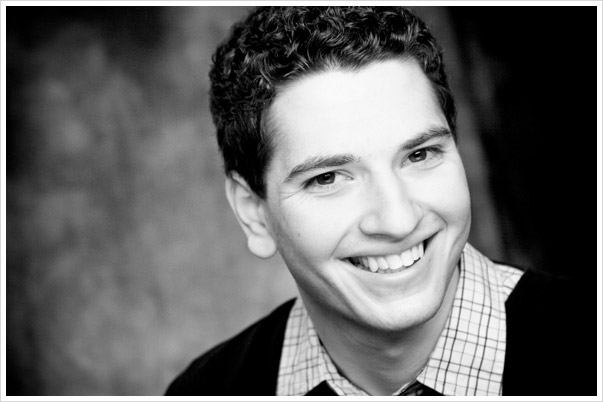 Late that night, Jac and I took a look at the photos together.  We picked out the best shots and congratulated each other on a job well done.  I sat on the arm of his desk chair and, after sitting uncomfortably for some time, stood up to find a better perch.  In doing so, I just happened to look down and lo and behold! saw the gleam of metal wedged deep between the arm and seat.

“Are you kidding me?!” I whispered, choking on instantaneous  tears.

Remembering Father’s advice, I took his hand and with more emotion than the first time I said it, I pushed the ring onto his finger. “Take this ring as a sign of my love and fidelity.  In the name of the Father, and the Son and the Holy Spirit.”

I barely got it on, it was that tight.  There was a good deal of whooping and yelling and laughing and head shaking.  How, when it most definitely fit so well, did it end up on the right side of his chair? How did I see it there?  What if we had gotten a new one?

God is good, we agreed.  We thanked St. Anthony.  And Jac hasn’t removed the ring since.