If you take Max’s fanaticism about Star Wars and multiply it by 3, you’ll get how Philip feels about baseball.  It’s an intense, multi-layered emotion that is fueled by an unwavering devotion.  The above photo is of him enthralled by the baseball game on the t.v. in the bar across the restaurant. He is single minded about it in that he looooooves it.

So when Jac suggested this week that maybe we could go find some real baseball players practicing, Philip was over the moon.  Beside himself. Totally wound up.  He would NOT stop talking about it (or anything else for that matter) until he was told that only boys who rest would be taken out.  Boy, did he fall asleep fast.  And as if for good measure, “He Who Never Eats,” ate 3 helpings of supper.  He was intent on going.

Thankfully, the American Legion Post teams were practicing which meant being in a stadium, boys in pseudo-uniforms and scrimage games. 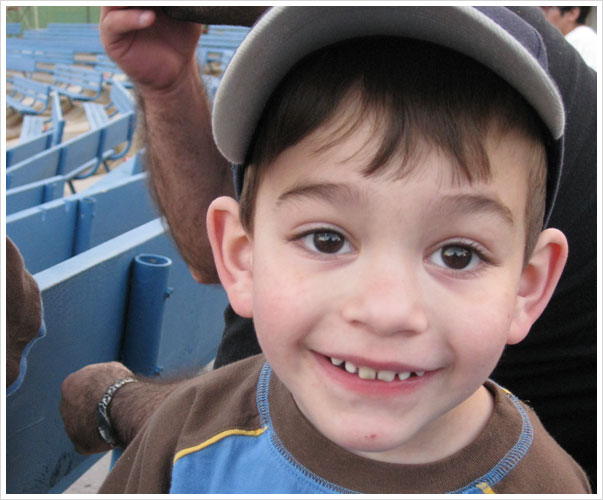 As you can see, he was in heaven. 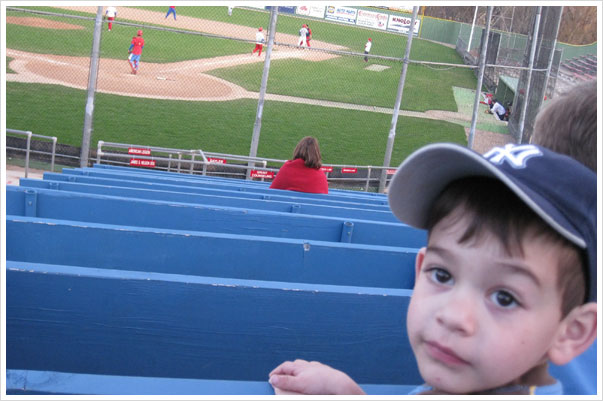 Everything was exciting (how?  I’m still not sure.  Even the players seemed bored at times . . . ) and he was reluctant to leave the “cool place.”

On the way in, the kids had spotted a little diamond made of colored cement.  As we left, they asked if we could play some baseball there.

In the twilight, we (well, everyone but ME) played shadow ball.  There was much laughter, yelling (the good kind) and  running. 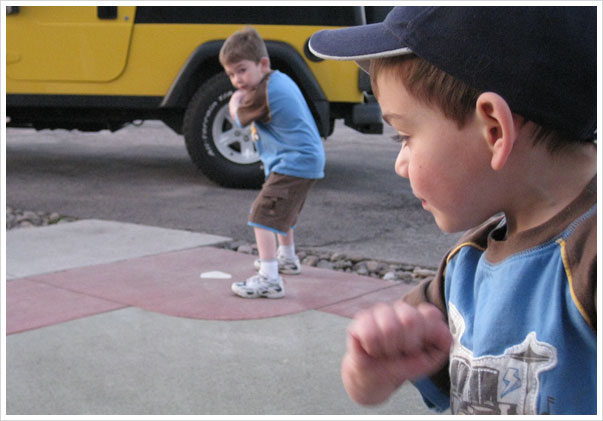 And I’m pretty sure Philip left with his appetite sated.  For the time being, that is.