Max has a way of requesting things. Like when I’ve got Penny in the backpack, and sisters crying, and 30 minutes to make a 45 minute dinner, he will come and stand next to me, handing me items I need and then ask calmly, “What was the last thing you wrote on the blog?” I’ll tell him and he will ask when that was and I’ll wrack my brain for an answer amid all the other scraps and scrapes in there. “Oh, that’s sad.” He’ll say. “You should write about fair.” Then he’ll say something to Pen and disappear.

It matters to him this year because this year he knocked fair out of the park. Such a surprise after last year when it was a fight to get him to do anything. He entered 15 total items including 6 photos. If he wasn’t thirteen or a boy, he would’ve been giddy but all he could muster was early rising and extra jokes. That was pretty great, too. 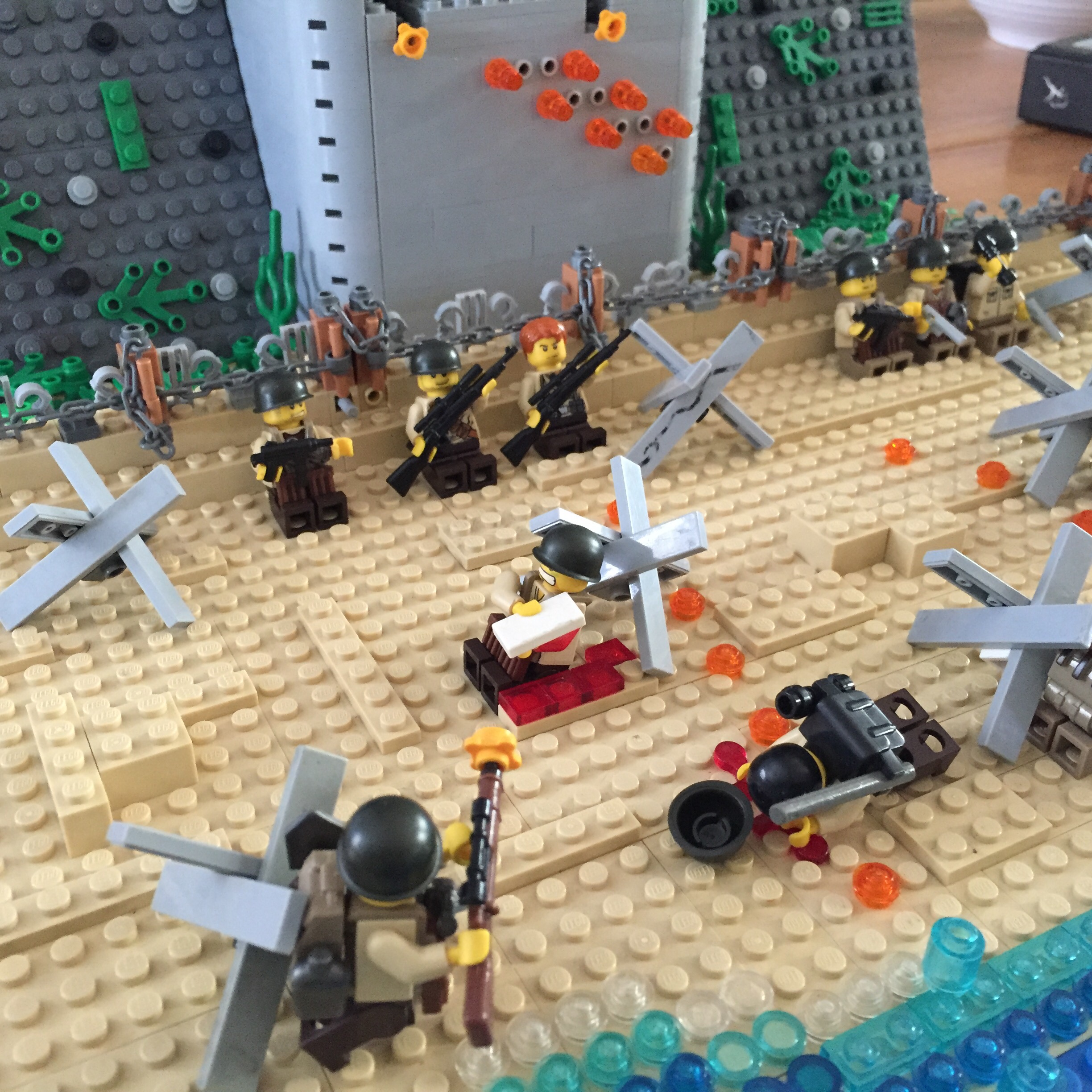 For 3 weeks he researched, studied, planned and built a Lego DDay Omaha Beach landing. He was so proud of it and we were, too.  When we went to pick up our entries, the fair lady gushed about it and said at least one kid had studied it at length, determined to make his own. Jac and I were glad the effort was recognized with a best in class ribbon. I had a few project suggestions for him, too, and one-a splatter painted Captain America shield-won best in show. 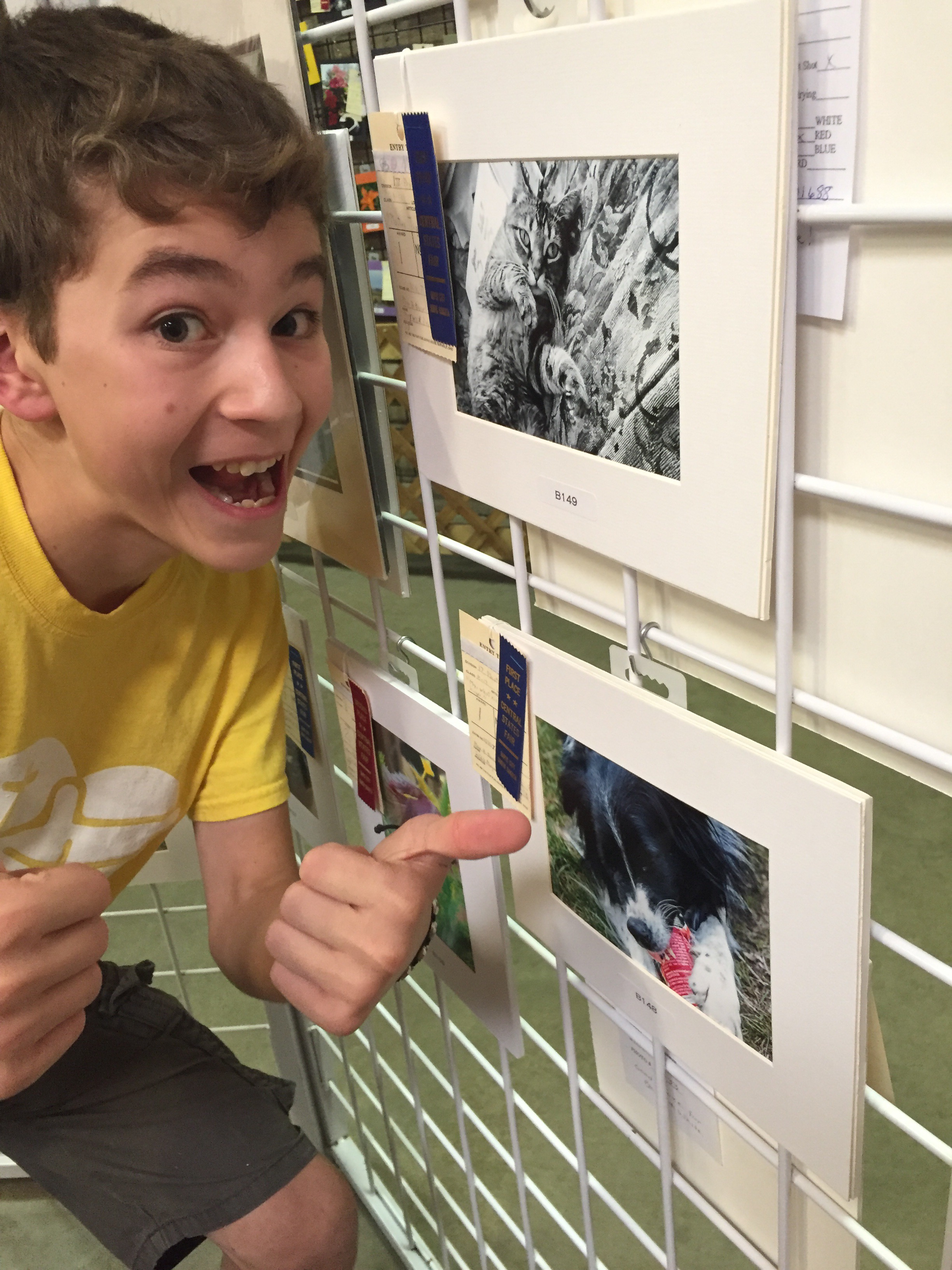 Philip dreamed about how great all of his entries would be but the morning we planned to turn things in, he panicked. “I have nothing done!” How many things had he started? One. We calmly asked what he had been doing instead and if it was worth it. When he realized it had been, most of the pressure was lifted. And in the end, the things he did enter received blue ribbons and a ceramic tile even won best in class. 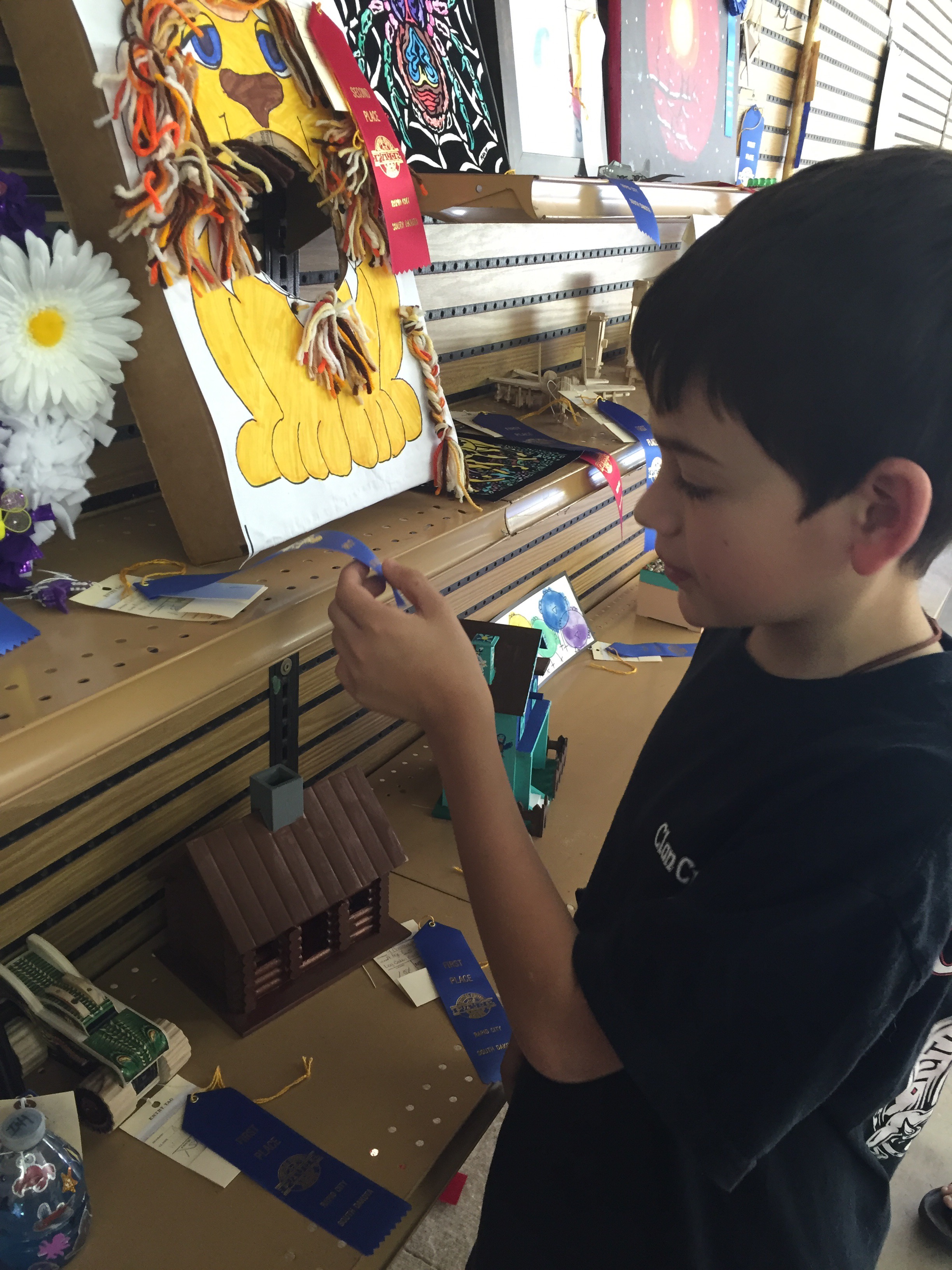 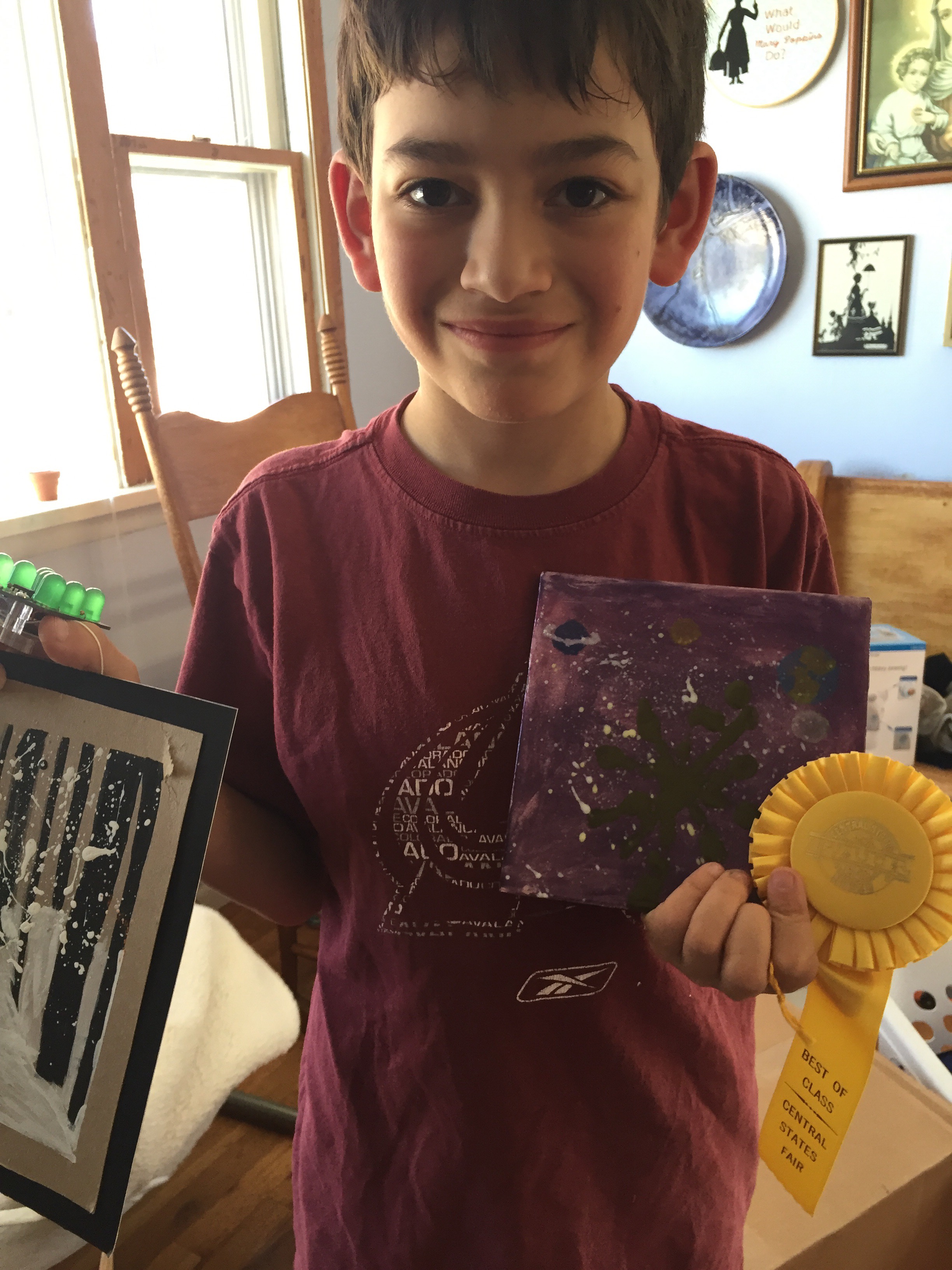 Tess and Ellie both worked hard and with great persistence on their entries. Tie dyed shirt, art pieces, recycled crafts.  .  .they were pleased with their effort. Their ribbons reflected their hard work. 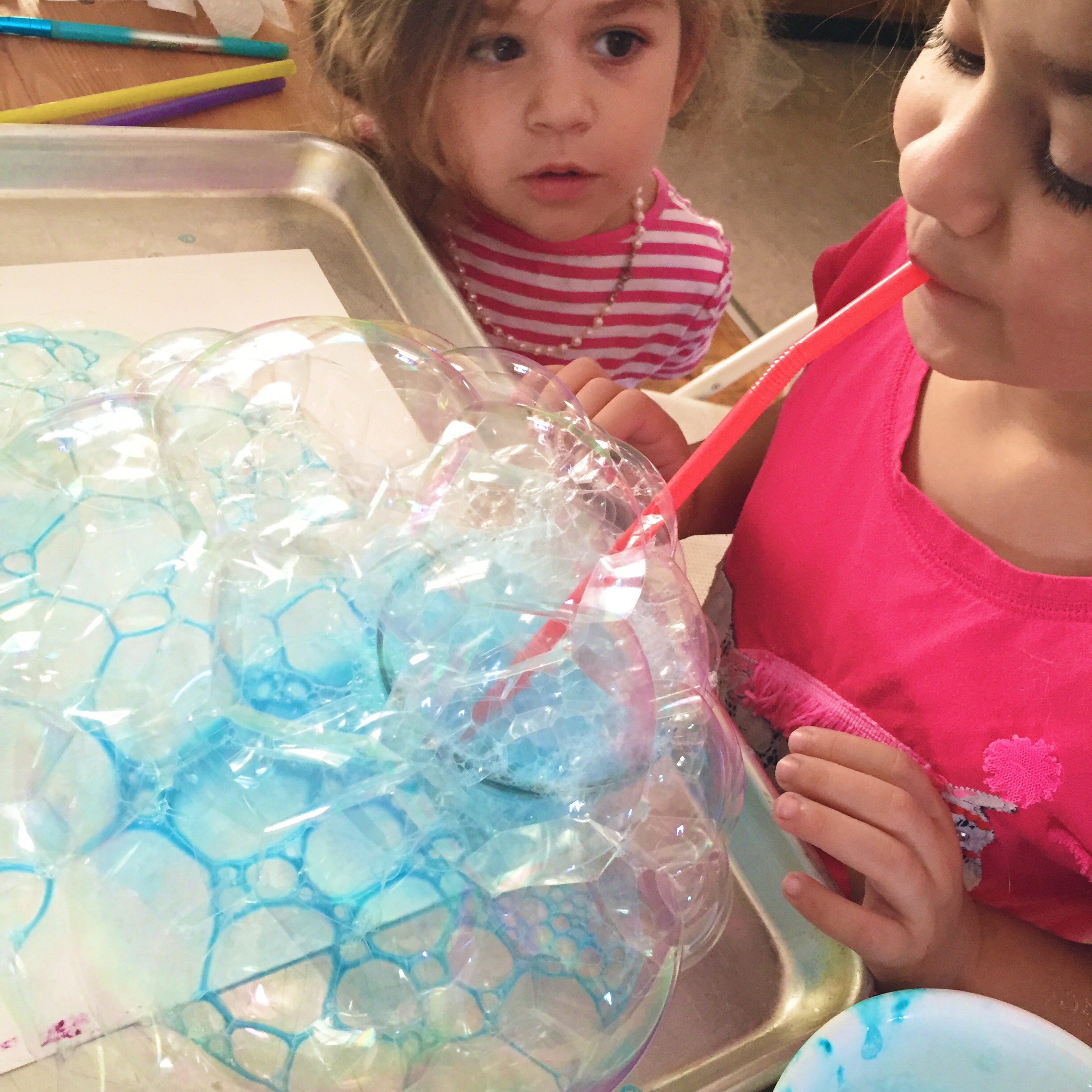 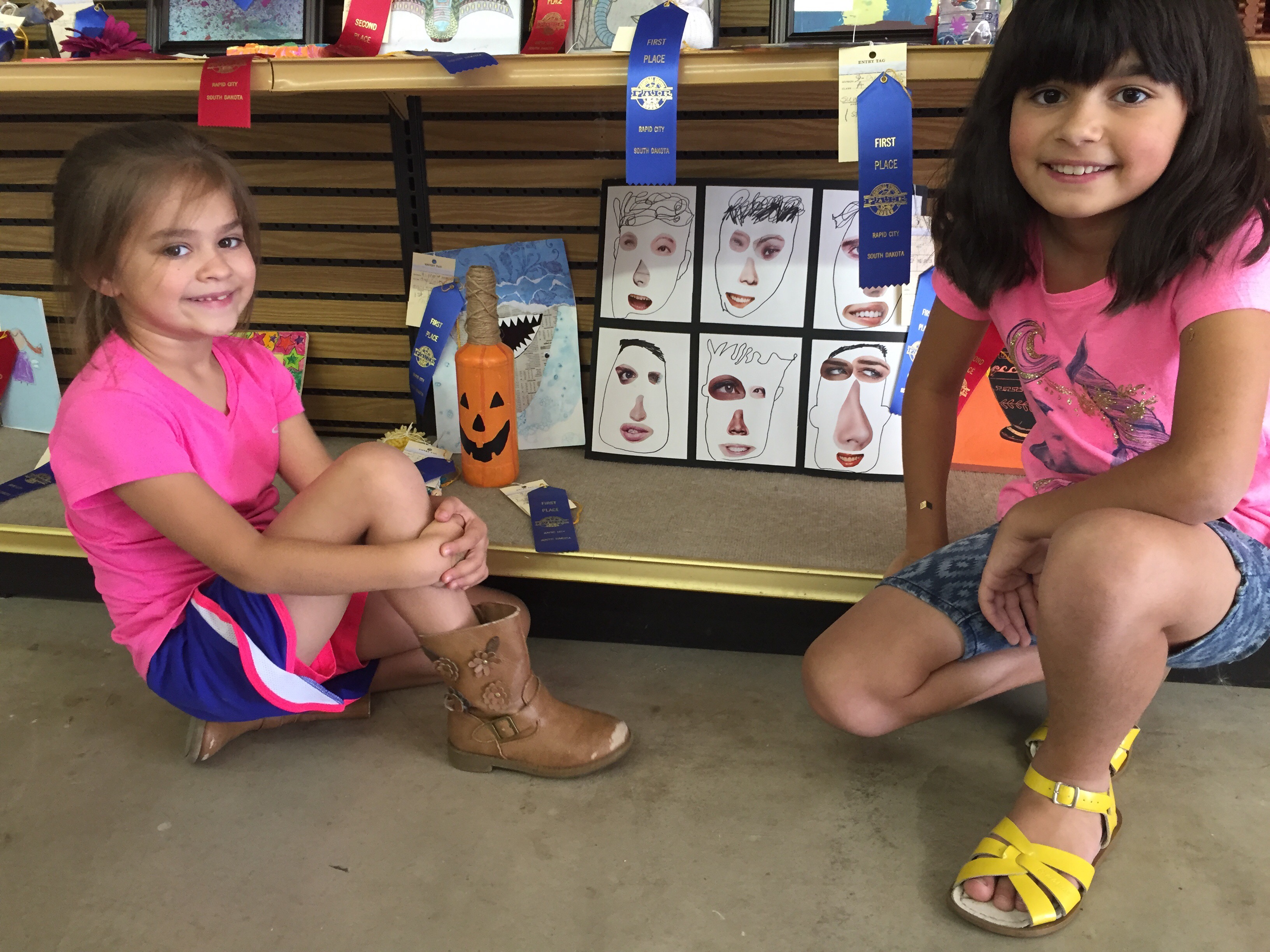 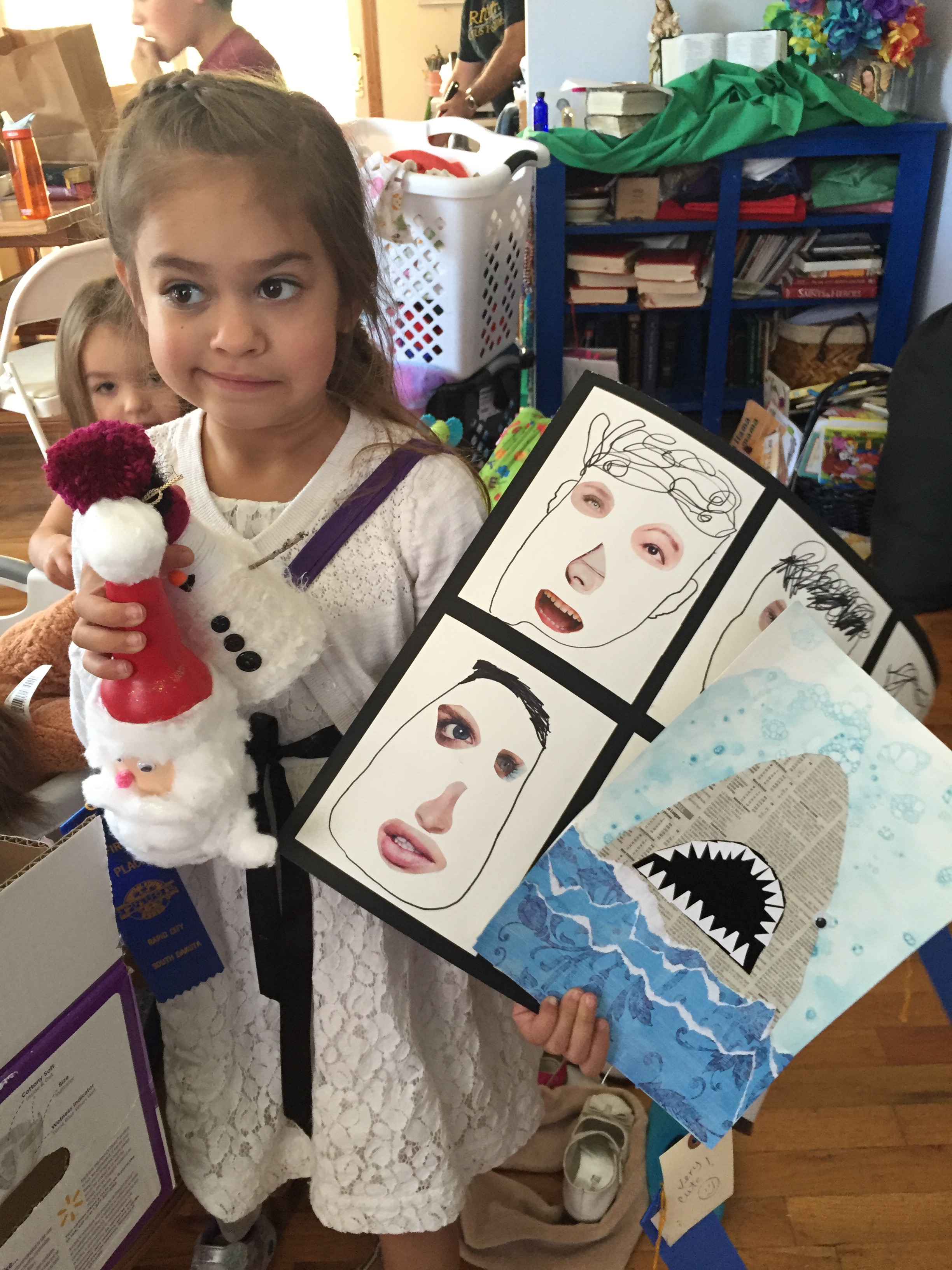 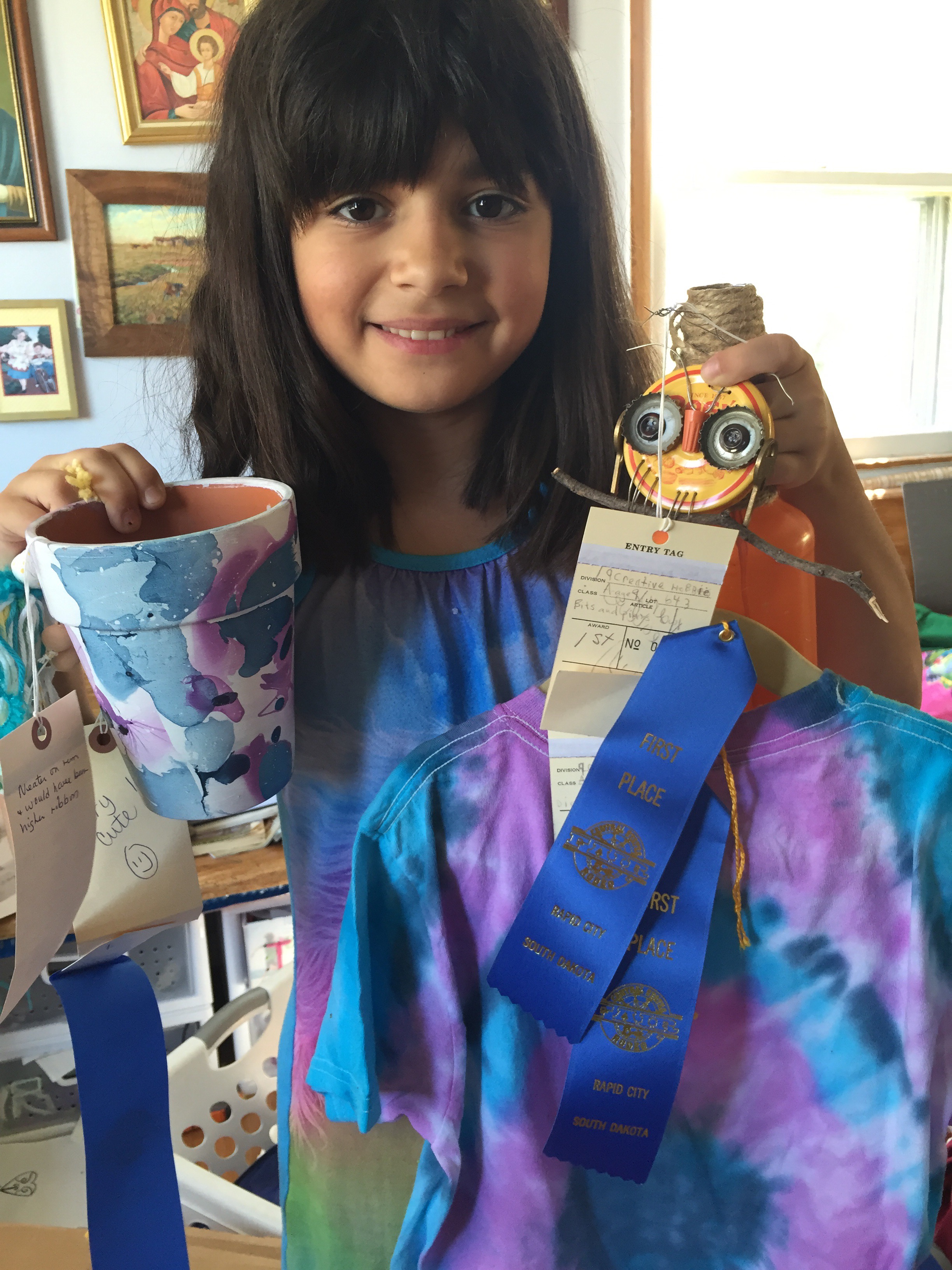 And Gem was serious about her work and truly aware of what it all meant. She was excited to check in and when we finally saw their ribbons, she beamed. 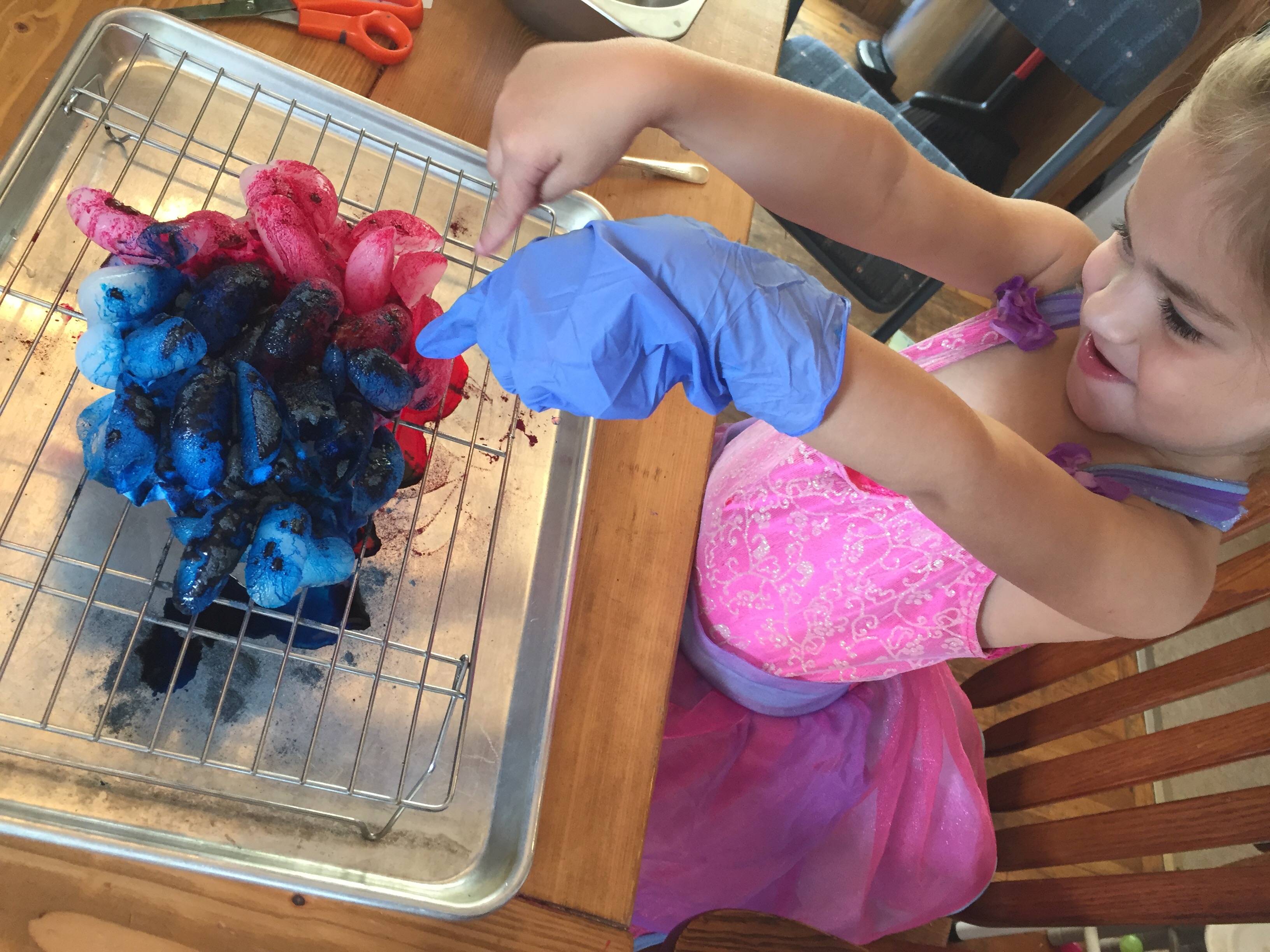 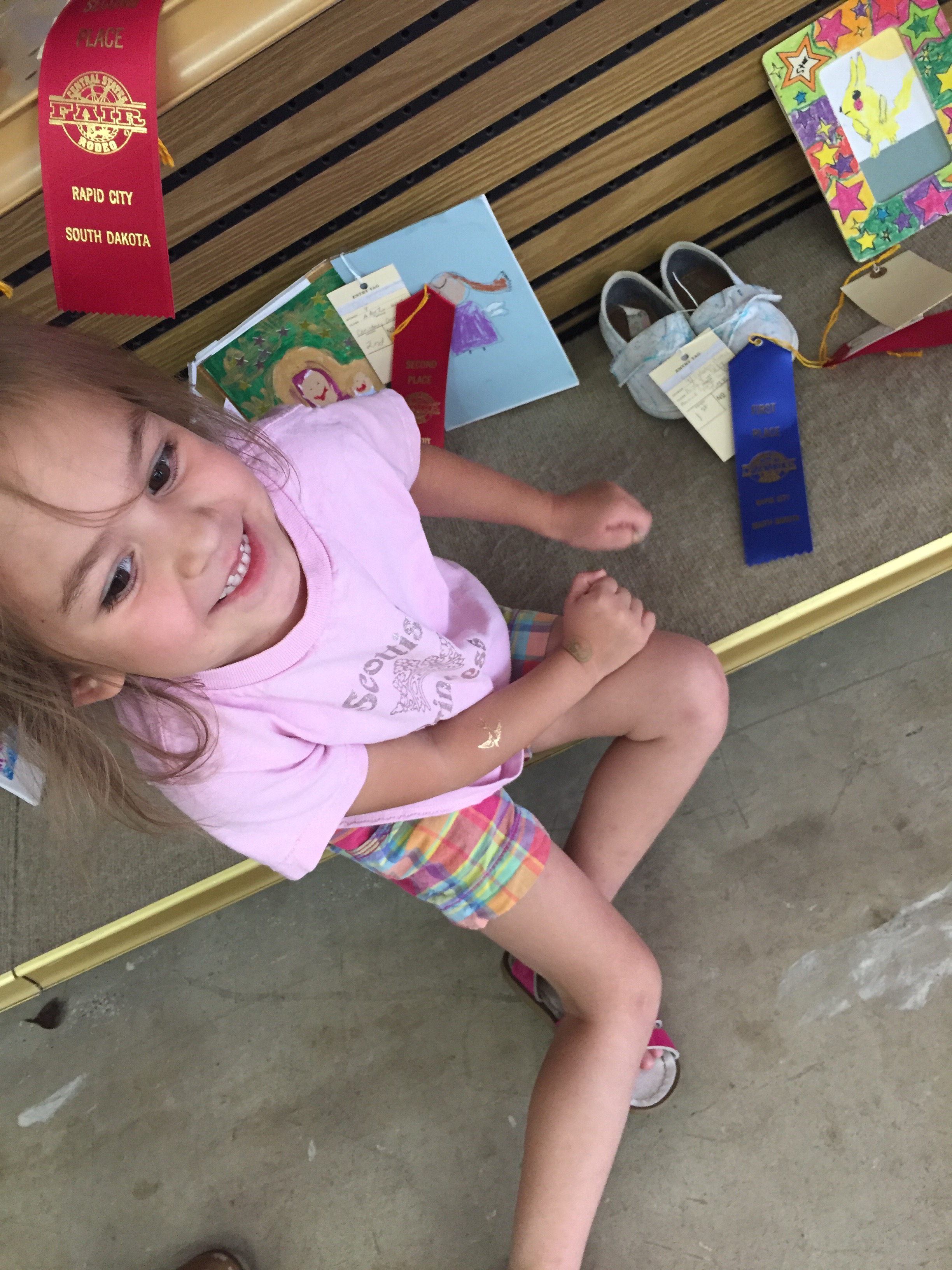 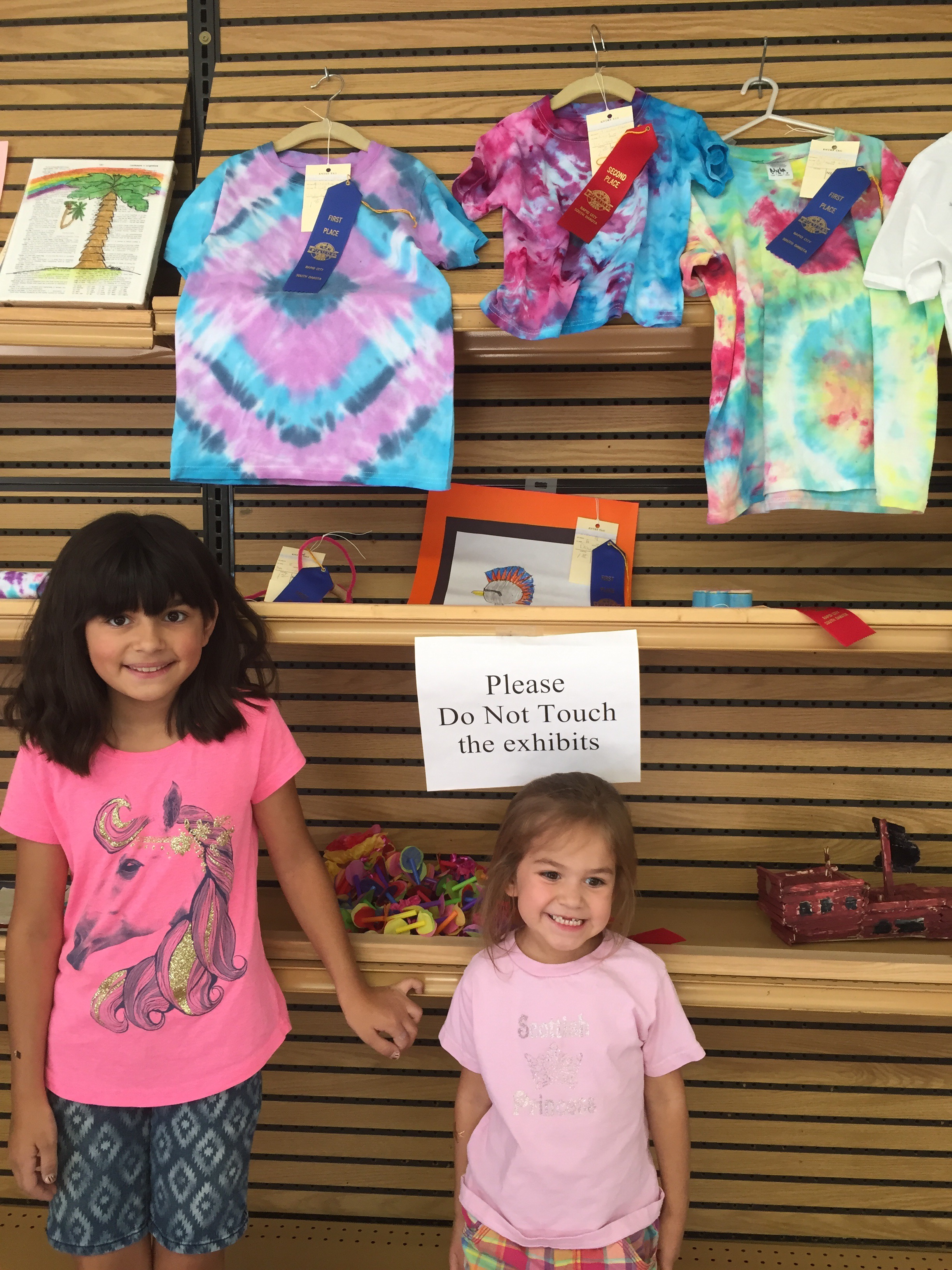 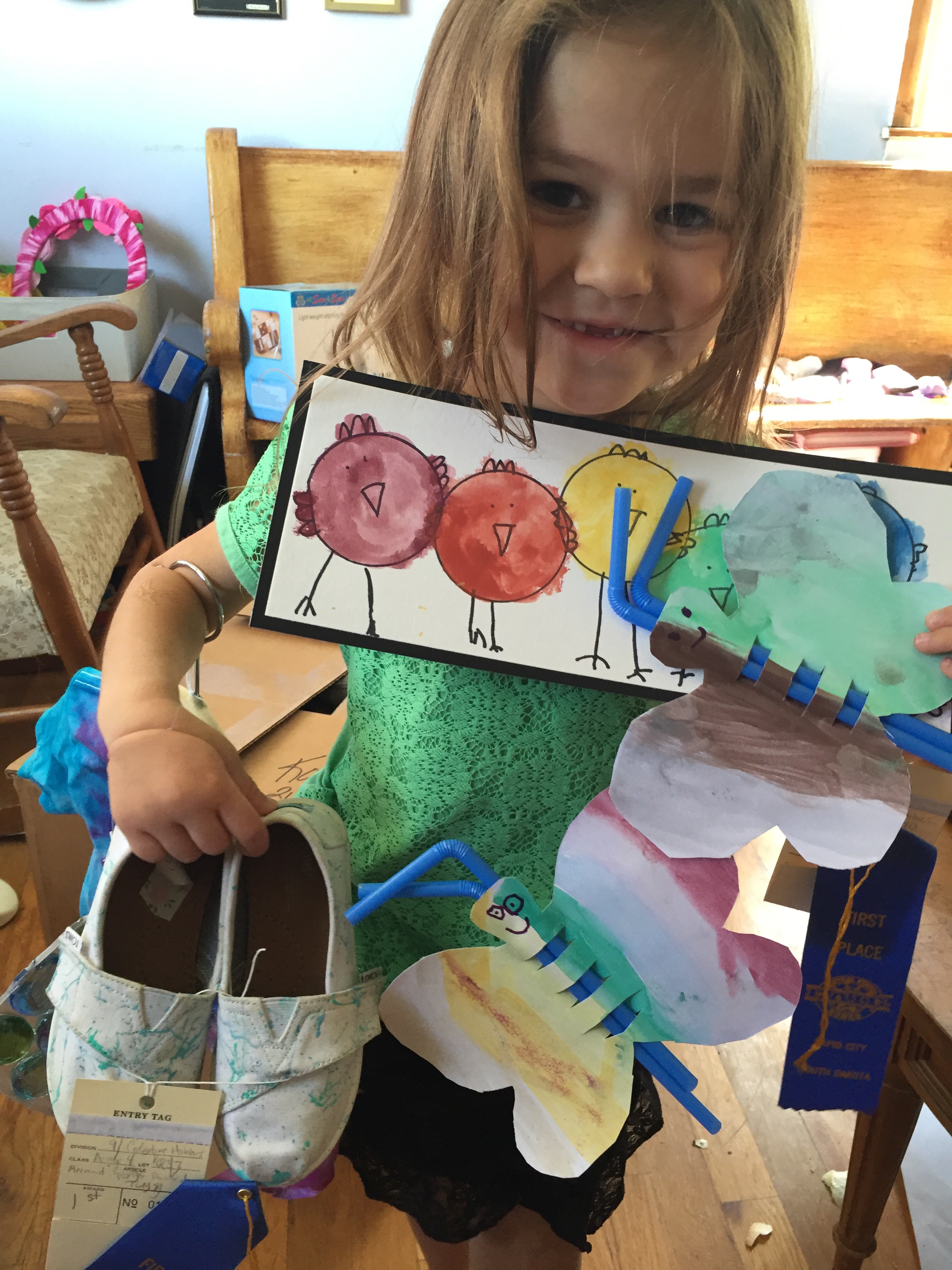 And me? Well, at the end of it all, I was in need of a good, stiff drink for my nerves, a massage for my tension headache, and a maid for the state of the house. Oy.

Their winnings are now burning holes in their pockets and they have already begun to plan for next year. I think I need a few months to help get me there, but I’m sure I’ll come around.