Down By the Bay, One Last Time

Because we hadn’t had our fill of excitement in San Fran, we decided we needed to go back just one more time. And what better day than the feast of St. Francis?

This time it was just the seven of us(that makes me smile . . . ) and we went in search of three things:

With the help of the iphones, we found Flax no problemo and Jac, being the masterful driver he is, found primo parking.  We could have stay in the store all day but, alas, we needed food and the kids needed air and so we were off. 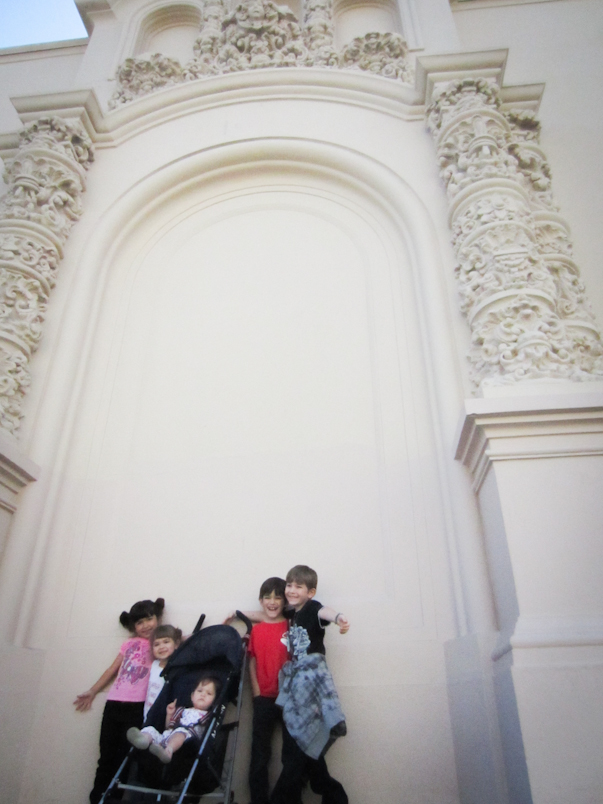 Again, google maps took us right to Mission San Francisco though we back tracked and circled looking for parking.  We took a self guided tour and marveled at the age of everything.  The mission itself is the oldest building in San Fran, having been founded in June of 1776.

“Wow!  That was before we were a country!” Max deduced. 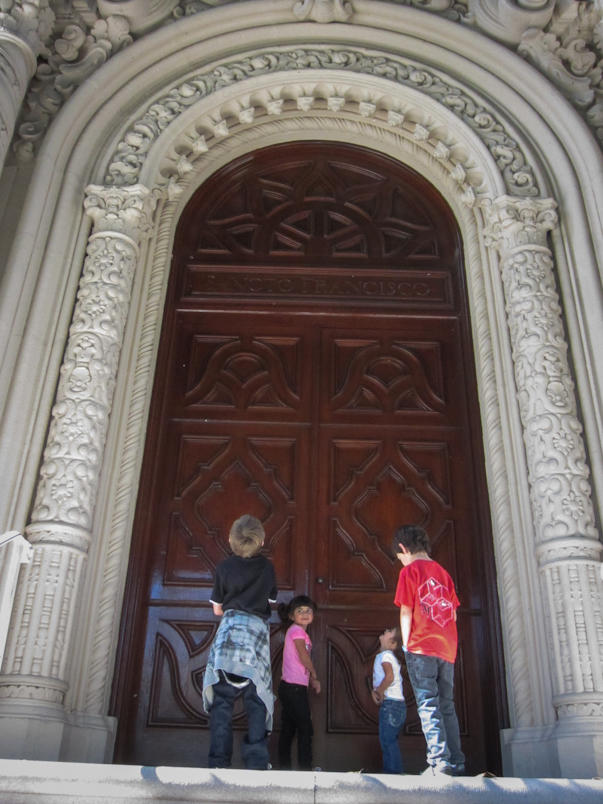 It was good to be in that place, to be near Jesus and drink in the beauty of it all on Saint Francis’ feast.  The kids pointed out saints and recognized things, but it was just another church to them.  I was a little bummed, remembering the awe and trepidation I always felt at the Missions on the Camino.  Then I remembered that my experience and theirs are totally different.  The statues aren’t novel, they know what to do with the holy water and how to carry themselves in a church.  They weren’t visiting, they were home. 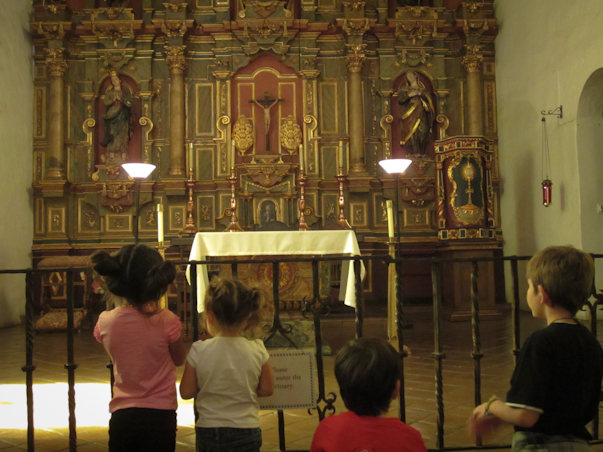 We strolled through the cemetery and attempted to read names and dates on faded headstones.  It was more than surprising that most of the bodies were Irish immigrants.  Seems funny to me for a Spanish mission . . . Anyway, while we were there and praying for those souls, an F15 jet flew low overhead.  Then again.  And another.  They split the sky, roaring so that it was impossible to talk and leaving us wide eyed and ears ringing.  San Fran was readying for Fleet Week and, HELLO SAILOR!, so were the jets. 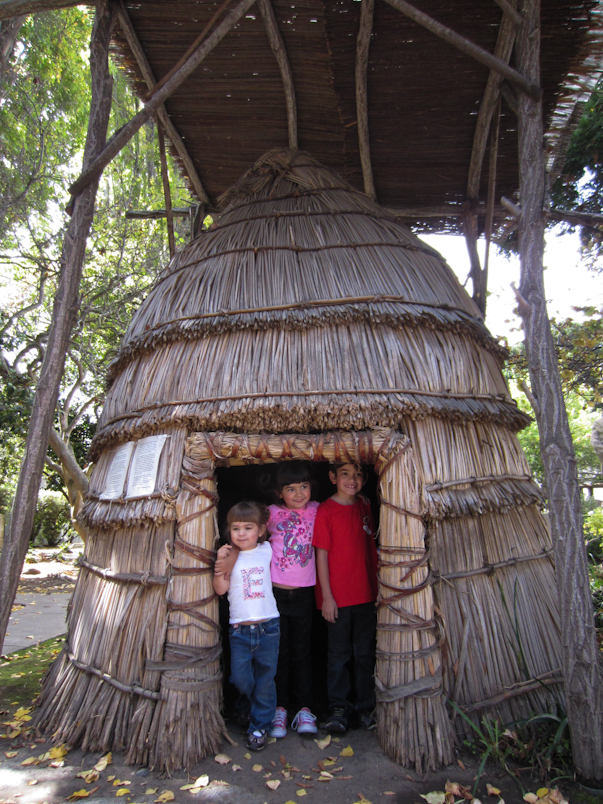 Our “quick trip” to the mission was longer than anticipated and we all were hun-gry. The kids were rambunctious and Jac and I were woozy.  Once more, we consulted our phones and followed directions to a well reviewed Dim Sum spot.

Now, I have never been to China Town.  All I know about it is what I’ve read and seen in movies.

There we were, just driving in the city when the phone says to turn right.  BAM!  It was like we turned right into Shanghai. The sidewalks were filled with vendors stalls of fruits, vegetables and clothing.  People spilled into the streets, jostling and shuffling past one another. The signs were no longer in English and the light posts were lanterns atop green copper posts with golden dragons.  On side streets, paper lanterns hung between buildings and when we finally set out on foot we found side streets of side streets, named alley ways and stores that were no more than cubbies.

“Hey!” Philip observed, “It looks like we’re really in China!  Look at all the Chinese people!” 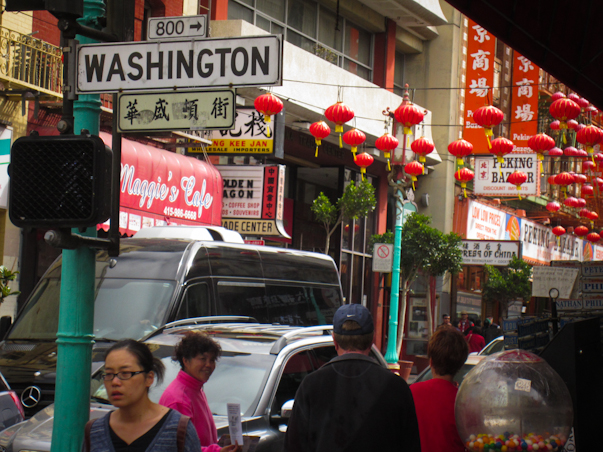 The kids were troopers, willingly hiking up the hills to peek into restaurant after restaurant.  We smelled tea and incense and frying food.  We saw apothecary shops and all Asian video stores.  And we were hungry.

Finally we made it to Delicious Dim Sum and I had just caught up to everyone when Jac turned to me with a funny smile and said, “Go back!”

I don’t question that smile.  Later he explained that nothing in the place was written in English. There was no place to sit down.  It was small. We weren’t that brave.

The third restaurant we tried was serving dim sum and seated us.  We had been smiled at and talked to in foreign languages out on the street as folks tallied up the kids. But inside, we were questioned if they were all ours and asked several times if there were indeed five.

They gave us only chopsticks.  Real ones that were heavy and smooth.  The tea smelled exquisite and had large leaves floating when you poured it.  There were giant tanks behind us where parts of supper swam and service was non-existent.  I kept eyeing Philip, waiting for a complete meltdown in such a new environment.  But whether it was the extremely low blood sugar or exhaustion or a little of both, no one lost it. 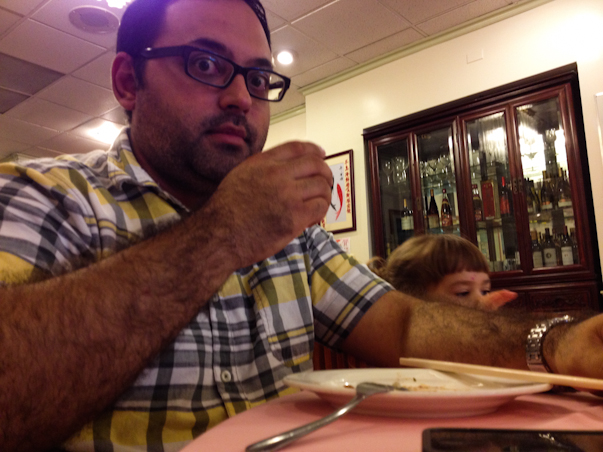 The girls, of course, needed to go potty.  Jac took them and returned unsuccessful as they were being cleaned.  His eyes were huge and full of hints.  We asked them to please wait and they did, for 30 minutes.  The second time, I took the ladies and we had to walk up a slope, past a down stair case, little alcoves, into a huge, dark banquet room and to the single toilet restrooms that were still being cleaned.  I would’ve returned to our seats but Ellie was dancing.  “Quick!” I said and shuffled around trash cans and buckets and door stoppers.  That’s when I noticed SOMETHING on the toilet seat. I’m pretty sure i asked the Lord if He was kidding because with Ellie’s pants already down, there was no turning back.

In the words of my brother, we “hovered.” I made the executive decision that I would not be able to do the same with Tess so I promised another bathroom later.  We scrubbed hands and tried to get out and replace the things we moved.  An older gentleman, smoking like a train (it’s illegal to smoke in a public place in CA) and busy cleaning, hollered from the men’s toilet as we passed, “Thank you!  Thank you!”  I’ve decided that’s my new response to requests for assistance in the bathroom.

We returned to a still empty table and while I was busy trying to unsee what I had seen, two gentlemen walked in and, I kid you not, it was the health inspector.

Never, NEVER, in all of my 32 years have I EVER seen a health inspector in any restaurant.  Not even the one I worked in. It was, I assure you, a little unsettling.

In the end, we waited for an hour an a half to have a little rice, 3 pork buns, 3 sesame balls and a very slimy, clear shrimp something and be charged for all of that plus stuff we never received or ordered. A comedy of errors it was, through and through.  When we had finally escaped, (there really was no one around, save for the inspector, his translator and an unhelpful teen) and made it back to the car, we burst into unbelieving laughter and named the whole thing a capital ‘A’ Adventure.

Then we sat in grid lock for an hour. 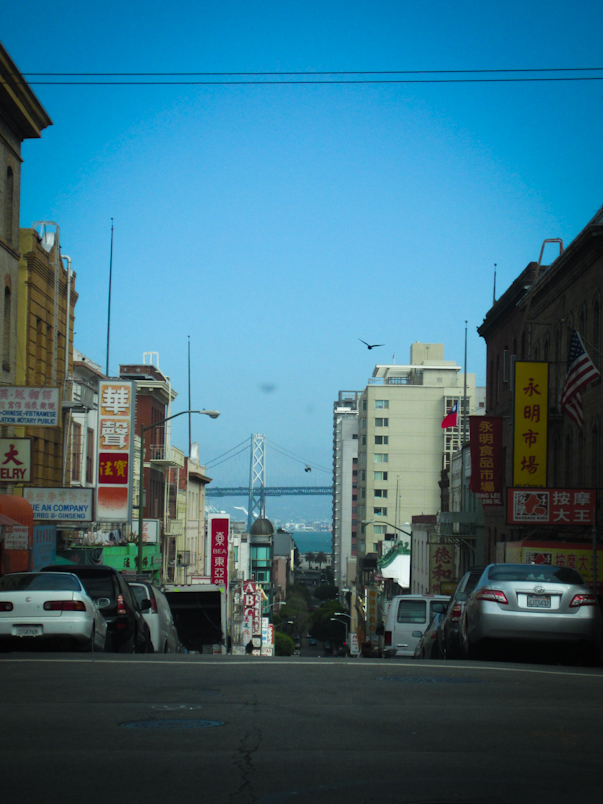 Oh, San Fran, you sure know how to treat a lady!  Thanks for the memories.