The second time we went to San Fran, we went for a play ground.

Okay, not just a play ground, but that ended up being the case and really? It was pretty great.

Wednesday of Conference Week, Jac had given his talk and had the day free as it was time for group excursions.  We opted to pick him up for our own group excursion and brought Chelsey along. Arriving at the convention center, we again met some of Jac’s clients and the kids were doted on and fed by loving and kind people. Note to Jac – next year, forego any fancy set-up and just bring a kid or 5.  They are serious people magnets.

Leaving Oakland, we headed for Golden Gate Park.  Chelsey navigated fantastically and soon we found ourselves in parts of the city we had never explored.  Colorful Victorians ambled up hills and neighborhood gardens and parks sprung up in the middle of the urban scape.  The buildings shrank and the trees grew while we watched people dog walking, jogging and generally enjoying themselves.  We meandered through Golden Gate park wondering where and how to park and which way to go.

It turns out, the park is HUGE.

We aimed for THE playground – the one near the carousel – because it has concrete slides.  Slides!  Our parking spot was probably a half mile away so we took the long route past the Flower Conservatory and the dahlia gardens.  We oohed and ahhed over the colors and styles and studied several different kinds of bees gathering pollen on their furry legs.  From there it was a hike past the statue of President Garfield, the Tennis Courts and the Art Studio.  We peeped in on the Carousel and felt slightly sad.  In the off season it only spins on the weekends.  But the animals!  Zebras, Giraffes, Lions – even a sea monster! – and horses, of course.  The horses tails were of actual horse hair and trailed gracefully behind the proud mounts.  Someday, we said, someday. 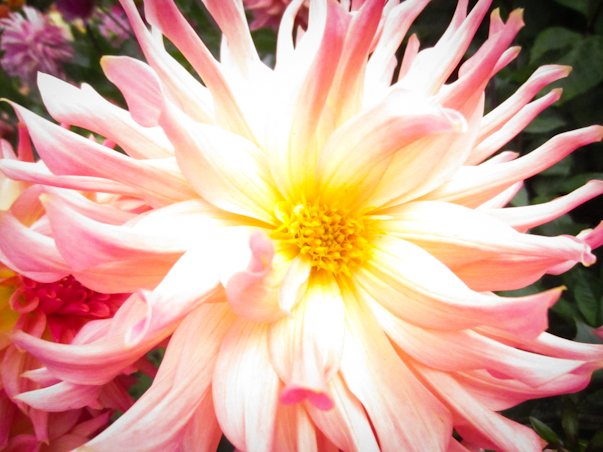 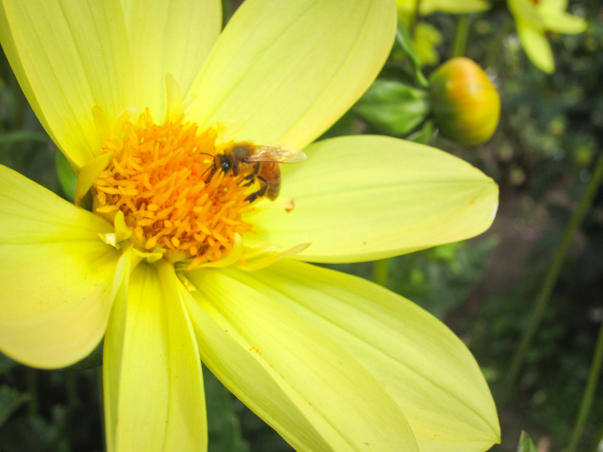 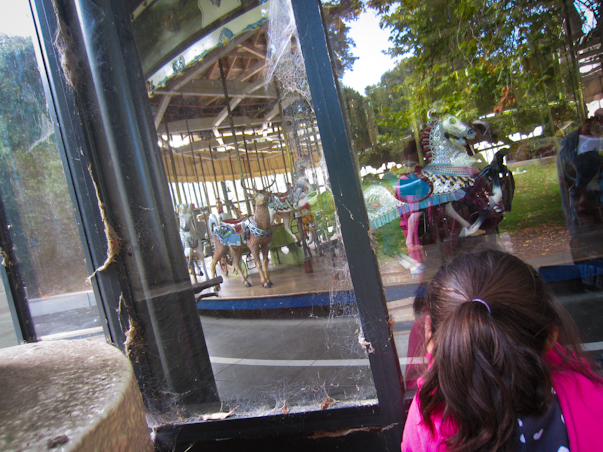 Then to the slides!  Up they ran to the top of  the concrete slides with cardboard (to ride on.  It is concrete after all . . . ) in tow.  Then they stopped.  They all watched an considered and calculated.  It didn’t take long, though, for them to give it a try and label it cool. After a while, though, the rest of the park beckoned.  Sand!  Tall rope climbing!  Concrete waves with sparkles and glitter (guess who loved that?). And little spinning cups that Ellie and Gemma thought were the best. things. ever. We met friendly kids, heard multiple languages and accents and could’ve stayed much longer than we did. 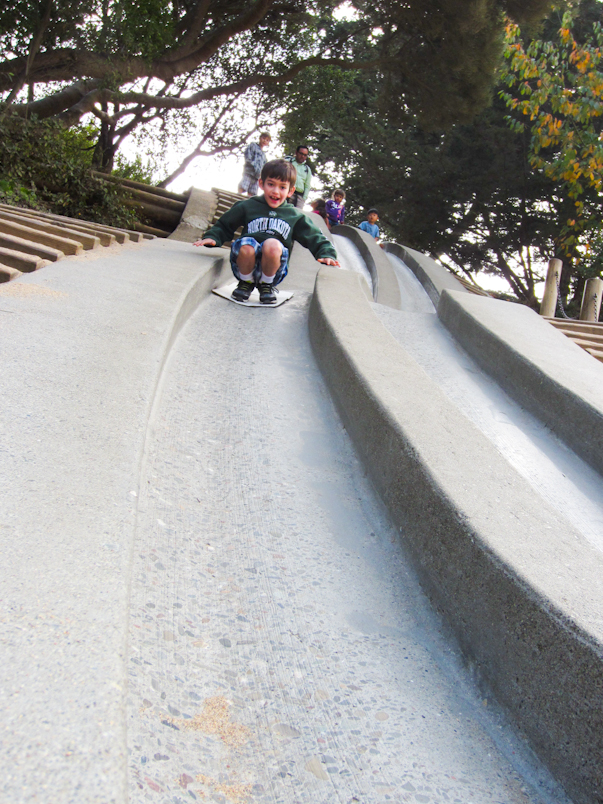 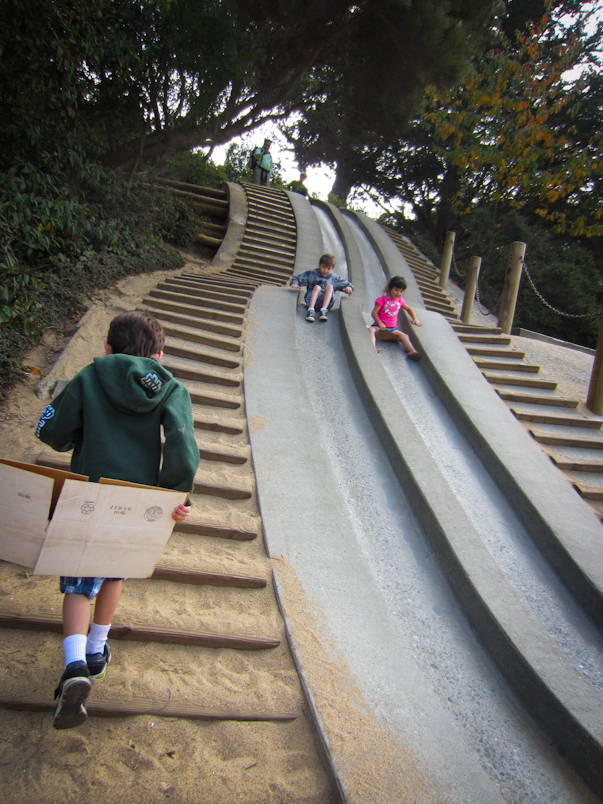 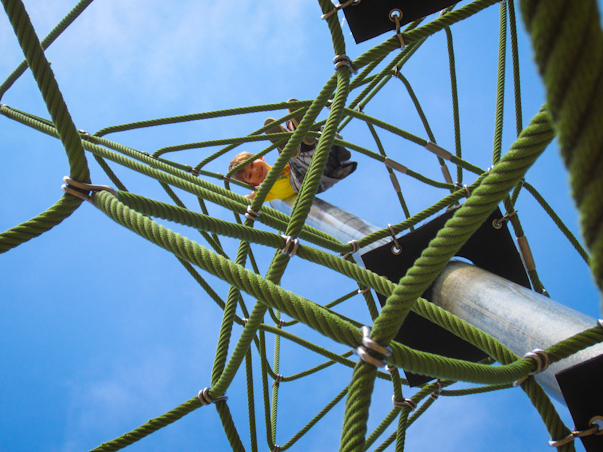 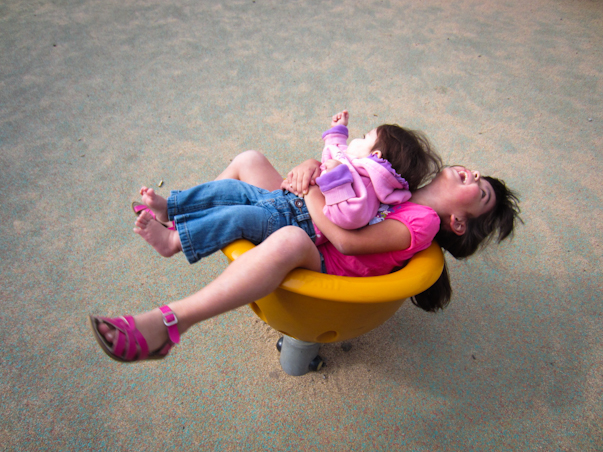 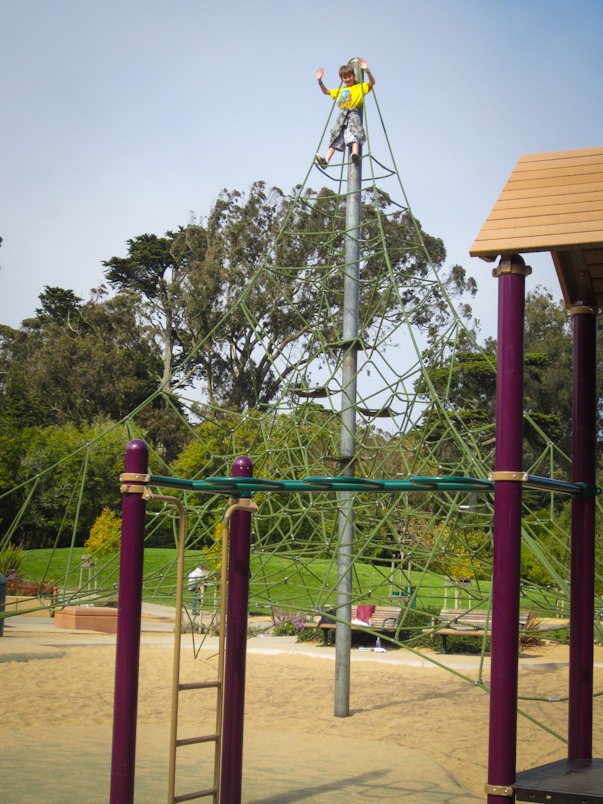