I’m preeeeetty sure I’ve used up all the trust my sons ever had in me regarding entertainment.  They look askance when I’m doubled over laughing at YouTube videos and outright roll their eyes at my choice of music. And during December I burned through what was left of my taste in movies.

They were okay with the tried and true as long as that was limited to Charlie Brown’s Christmas and The Muppet’s Christmas Carol.  They heckled through the Grinch – “It’s just so weird!” Then we forced them to watch Christmas in Connecticut.

Now. I took the suggestion of a fellow homeschool mom on this one. (“But you don’t even KNOW her?! She’s from the internet!! How is that a good idea?!” – Philip) Should we have previewed? Probably.  But it’s from 1947! In black and white! What could go wrong?

A LOT.  A lot could go wrong.  You could end up with teenagers writhing in awkward induced pain or literally pulling their hair out all while moaning, “Why are you making us watch this?!” Could we see and discuss the moral implications of a woman pretending to be married flirting with a man who believes her to be so and yet encourages her? No.  No we could not.

A result of the boy’s disgust was several fold.  First, they revolted against any other movies, festive or otherwise.  They would not agree to Meet me in St. Louis or Little Women or White Christmas.  They pitched royal fits at the suggestion of A Christmas Story and wouldn’t even HEAR of the Home Alone suggestion.  Second, it seeped into their sisters.

When we all agreed that the boys would go to see Star Wars and we girls would thoroughly enjoy Bing Crosby and Danny Kaye without our resident critics, Gemma freaked out.

“I DON’T WANT TO WATCH THAT MOVIE!!” she hollered while all of us – boys included – sat stunned.

“But why not? It has the Sisters song!  And dancing!  We love that movie!”

“Because it has kissing in it!”

(Philip hid under the table at this point.)

“So? What’s wrong with that?” Tess countered.  (Moans heard from Phil.)

“Well, first, you have your own spit on your lips.  And then they end up with the other person’s spit.  On their lips.  And it gets in their mouths.” Gem stuck out her tongue and gagged. “It’s disgusting!”

Oh, we howled with laughter.  Her brothers shook her hands heartily and slapped her on the back, encouraging her to keep her wits about her, assuring her if she did she would get far in life.

She watched the movie anyway and we enjoyed it all even when Gemma yelled, “See?! This is what I’m talking about!” But she sang the Sisters song for days after.

Meanwhile, I’m biding my time until I can trick the boys into trusting me again.  First up will be The Princess Bride since it’s the best kind of “kissing movie.” I’m calling it culture so they can’t argue with me about that. Plus, they watched Mark Hamil milking a sea cow so they can stomach a little smooching. 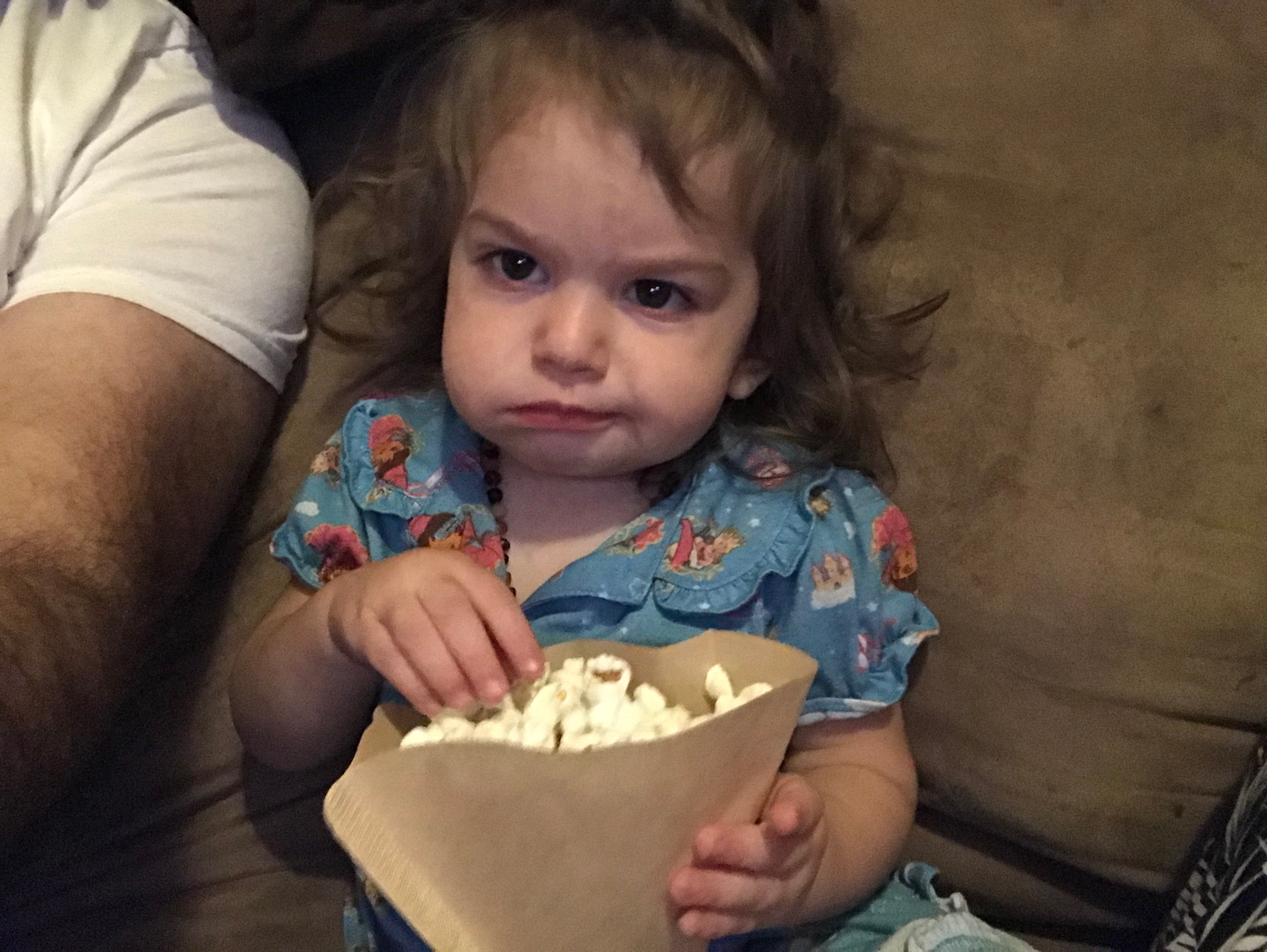