There is much to be said but the main thing seems to be this:

With one week left, Jac and I went on what was supposed to be a fun shopping date and ended up with me sulking and in tears.  We had been so busy with LIFE that the season had passed us by.  Yes, we would have all of the Christmas season but the holly, jolly was already being packed up around us and we were missing it.

Kind man that he is, he empathized.  He held my hand and agreed.  And then, hesitantly, he suggested maybe I let some of it go.

Well, that’s just crazy talk to my crazy mind but knowing I had permission to NOT finish all the things was liberating.

We plowed into Christmas Eve.  The dresses were done, THANKS BE TO GOD, but the jammies . . . . not so much. In fact they were “finished” post-Mass attendance and in full view of all the tired, longing eyes. 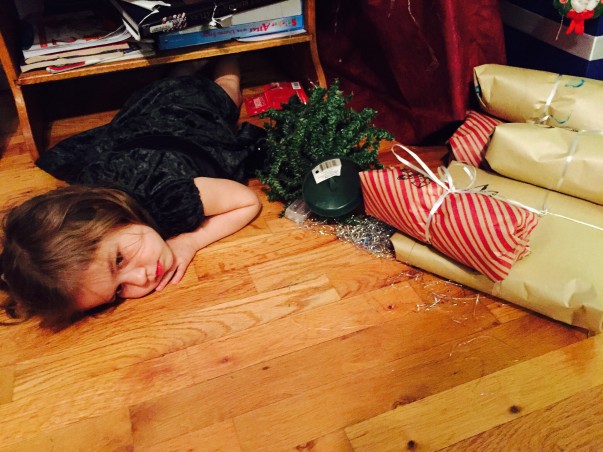 But they got done. 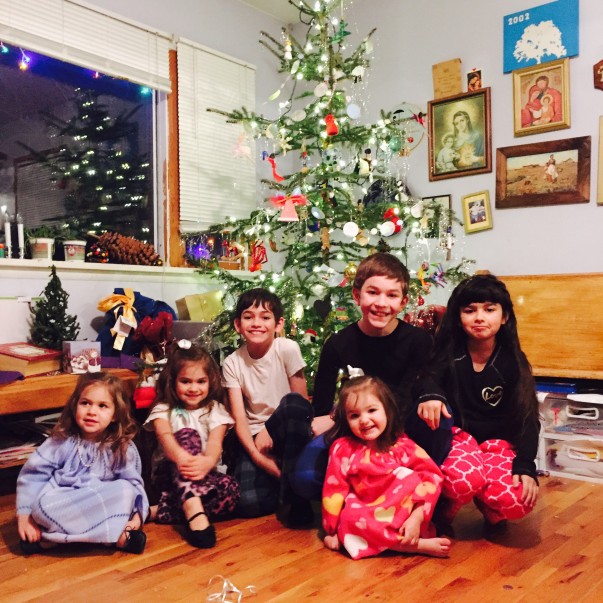 2015 was the year of the boxes.  They piled up around our ears – literally our ears!- and Max said, “I don’t know if I’m more excited for Christmas or the boxes.”  The boy has a thing for cardboard.

Anyway, I tried to stay on top of the wrapping but come Christmas Eve, there was much to be done.  I envisioned another marathon wrapping session alone but Jac loaded some podcasts and we both jumped in, laughing and giggling well into the morning.

Wake up call was rough! 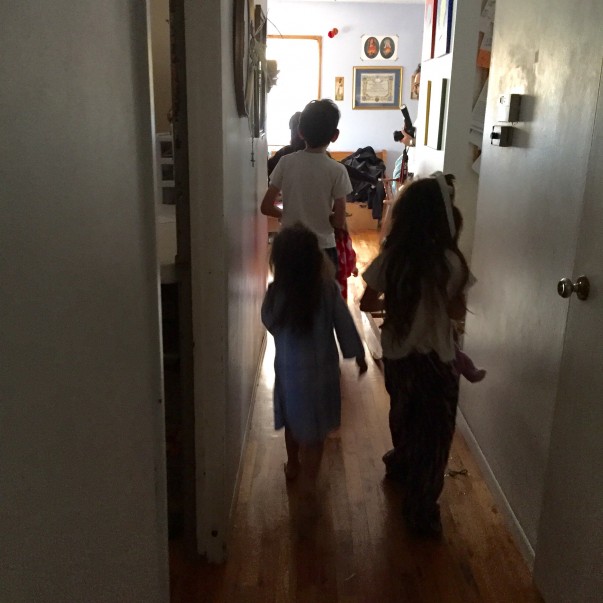 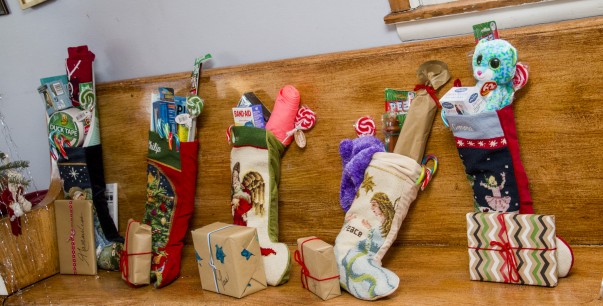 Jac gifted the fam a heavy-duty gumball machine that requires actual money. Two hours in and I was questioning his sanity and ruing the day gum was invented.  It was everywhere and of course in hairs. 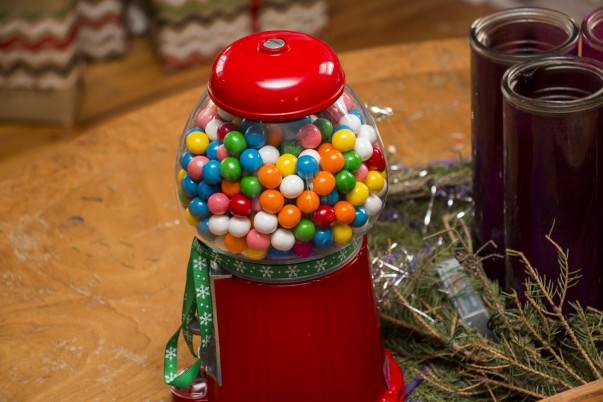 We ate breakfast at noon and everyone took a long winters nap.  Folks, we never made it out of our jammies all day and that is something we just don’t do.  I was raised to dress even when sick so I think it speaks to the level of exhaustion we had reached.  Really, it was the first time since early October or the end of September that we didn’t have something looming. 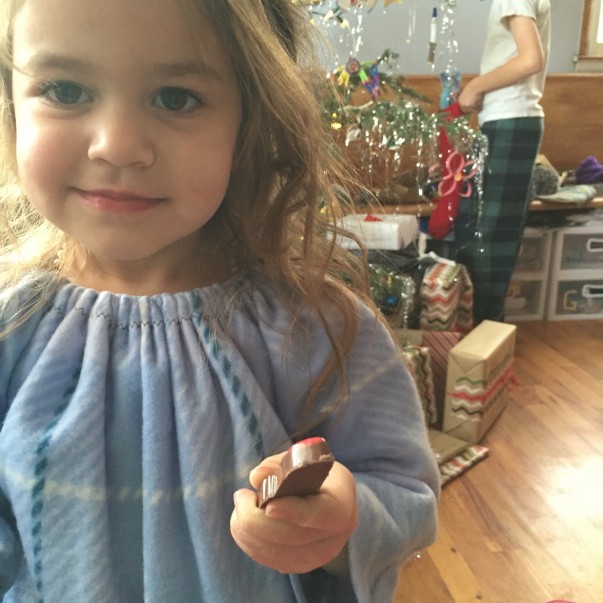 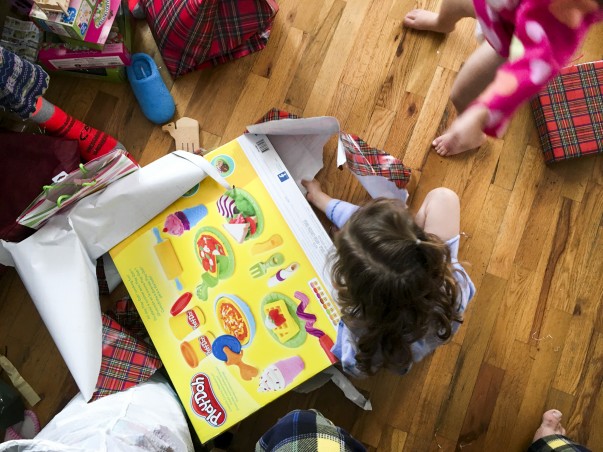 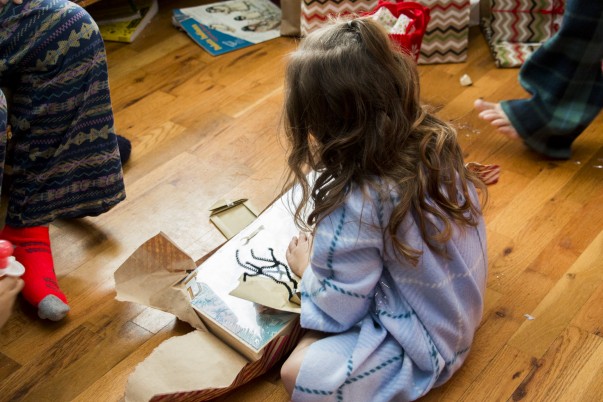 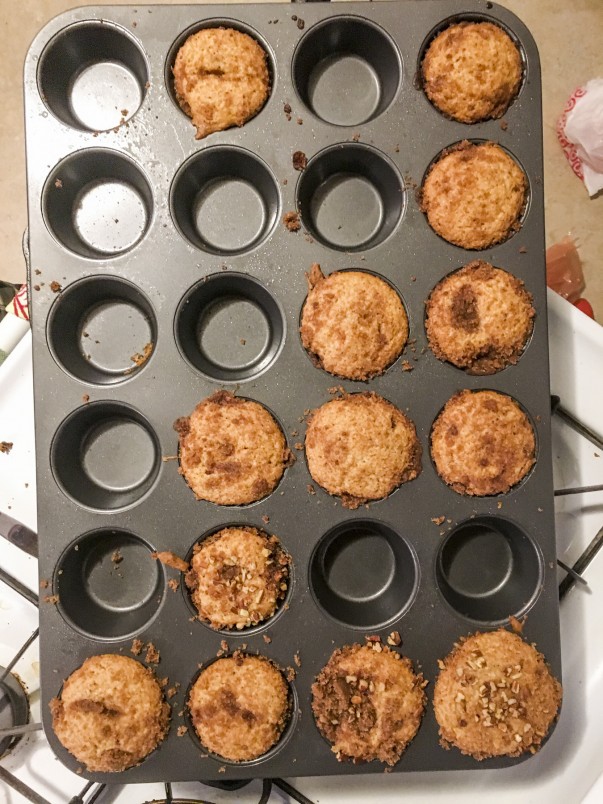 And boy did it feel good!

It also meant some tears because all of that back-log of stress and tired wears on you just a bit.

In the chaos of the preceding days, we had neglected to remove our Christmas ham from the freezer so Jac made pork loin instead. Actually, he made the whole meal save the stripey jell-o (left to me and Gemma) and the rolls (Max’s doing.)  After supper we watched the Muppet’s Christmas Carol as we are wont to do and made wassail and popcorn to round out the celebration. 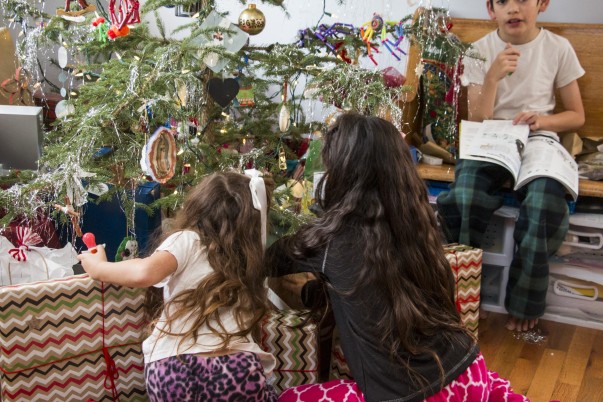 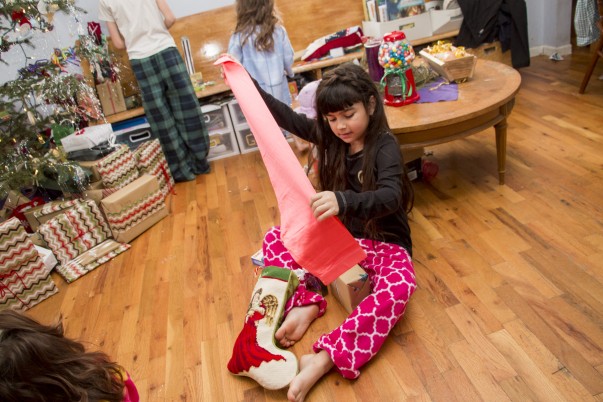 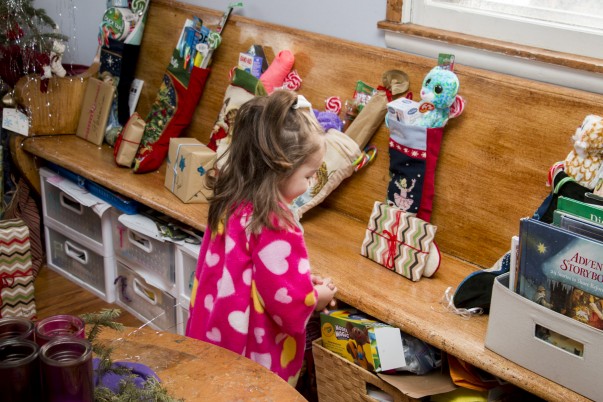