I know that I have expounded on the importance of celebrating Christmas in it’s due season (that’d be NOW not from Halloween until December 25th).

I know I’ve written in defense of the 12 days of Christmas, Christmas carols at the right time, not rushing things and living in the moment.

I know it’s not yet Epiphany but, if I’m honest, I’m kinda ready to move on.

Maybe it’s just a longing to start afresh, to shake off all that was of the old year and embrace the new.  I’m looking forward, baby!

I know that next year we will want to remember things about THIS year and if I don’t make note of them here, they will be lost.  So, I’m looking back. Bah.

We bade Mama Syd, Papa Chris and the Wyeth’s goodbye, took a day to catch our breath and then plunged headlong into Advent.  We went out on that first Sunday of the season, the weather being nice before the cold they were predicting.

We were excited because the Suburban has a roof rack (hurrah!) and 4 wheel drive.  We were unstoppable!  We turned on Doctor Doolittle, grabbed the saw and our food for the animals and headed out.

The entire drive the kids kept reminding Jac that they didn’t need or want to be thrown over the creek this time.  We’d do what we’d have to do, he assured them.

We ended up at the same place we’ve gone several times, stuffed Lucy into the Moby and set out.  It was colder than it was in town!  They should’ve worn their coats!  Their hands were freezing! And that was all just getting down the hill to the creek. Then there was the crossing.

It had yet to freeze over so Jac and the boys dragged a large branch over to act as our bridge.  The kids remained doubtful.  Jac walked across to show them it was easy! then we sent Max across.  Monday started to panic.  We psyched Philip up by telling him it was good practice for a ninja and Ellie began to fret.  Tess fell forward, short of the bank and for a few frightening and honestly funny moments, we thought all might be lost.  Her brothers came to her aid and Ellie and Gemma were carried across without too much drama.  Monday made it across too before I attempted the passage with Lucy strapped to my chest. 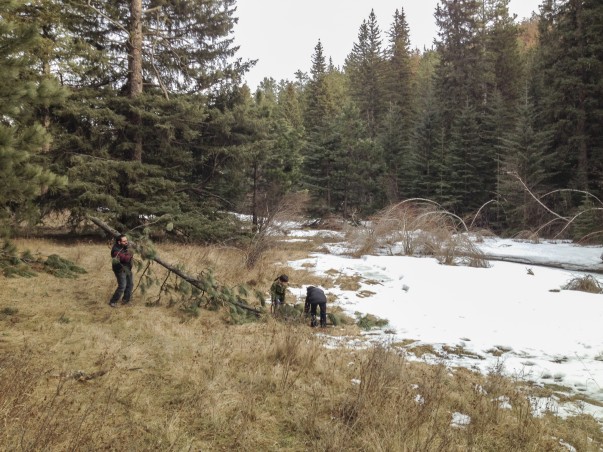 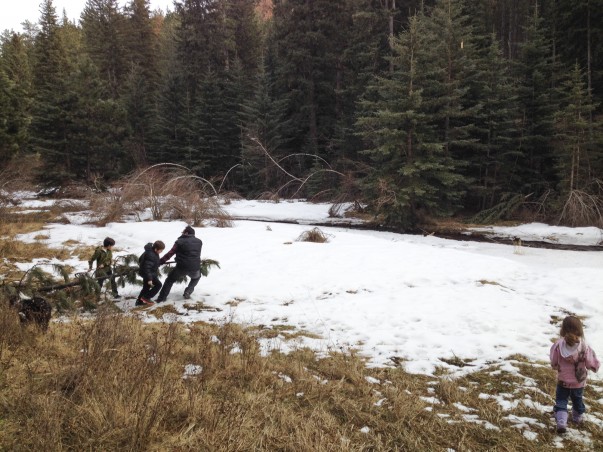 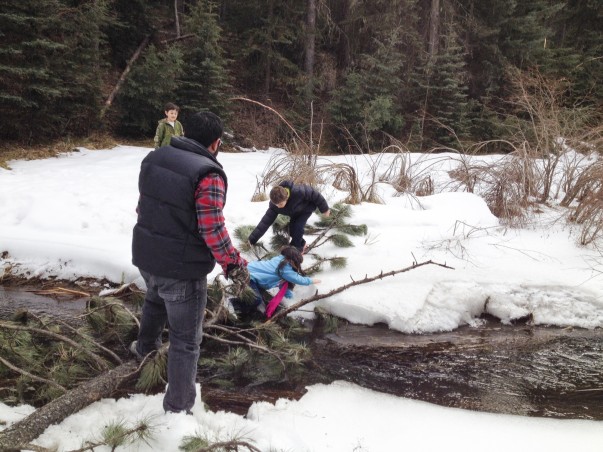 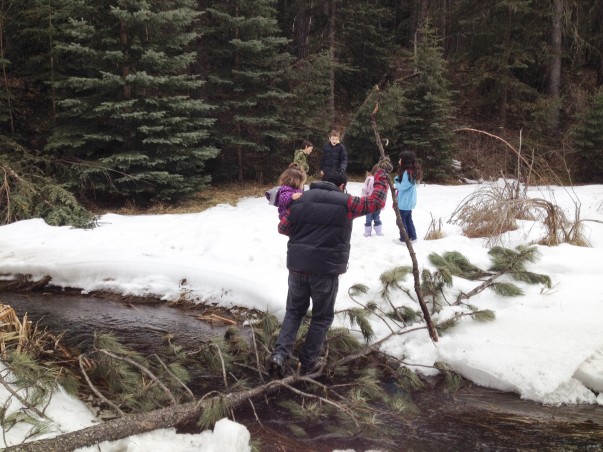 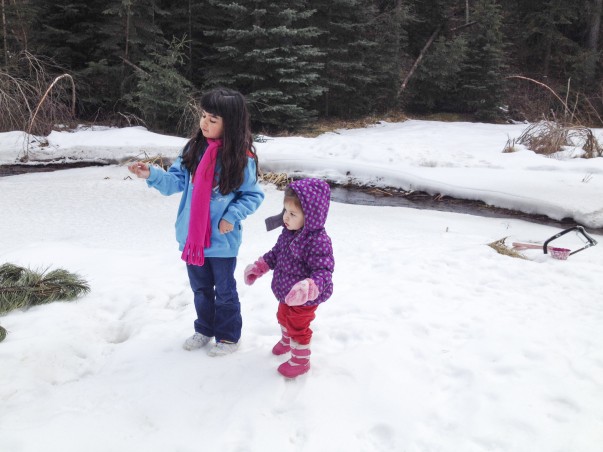 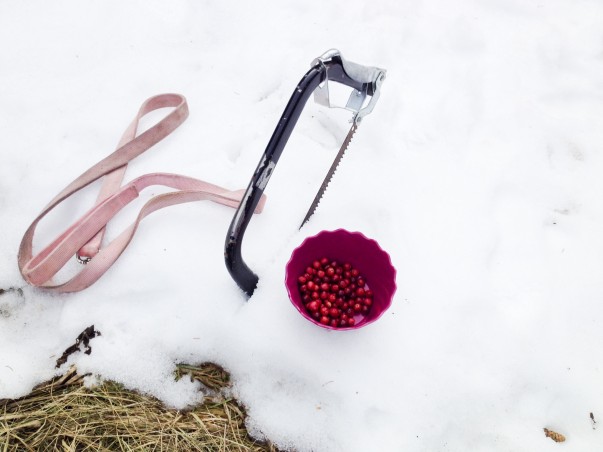 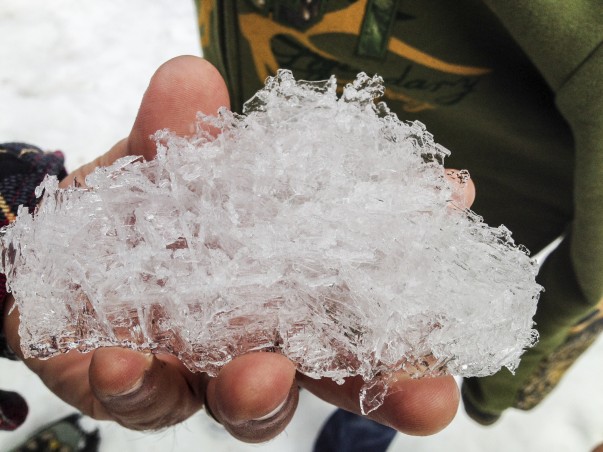 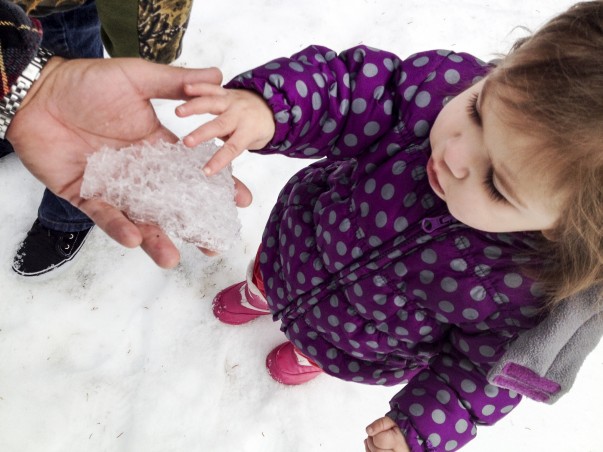 Success! Now to find the tree.

Up we hiked over another a hill.  The boys found one and wouldn’t consider any others.  Jac was relentless in finding The Best tree.  The girls were less than helpful, choosing scrawny, short, or ridiculously tall trees.

In the end, Jac found the winning entry and everyone had a go at the saw.  Afterwards, we chose a small tree to hang our popcorn garland and bird-feeders on.  Gemma was so excited and confused.  “A-aminals?  Hungy?  Eat?” Then she’d try to eat the decorations.  “A-aminals.  Food for a-aminals.” 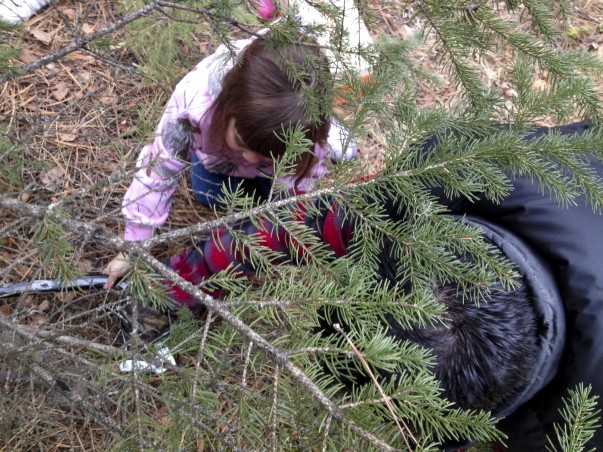 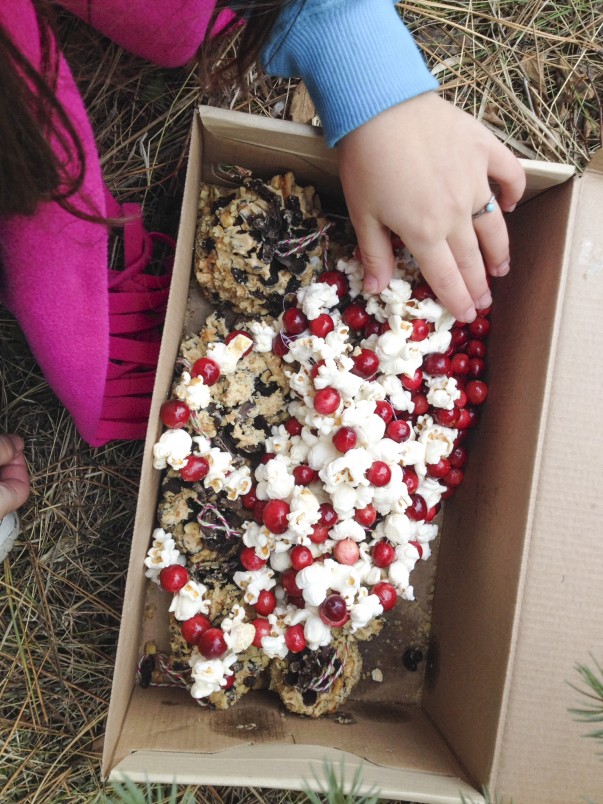 The tree, spindly though it was, was heavy.  Jac carried it alone through the bracken while the older kids high-tailed it back to the creek and the little girls and I slipped and slid back down the hill. 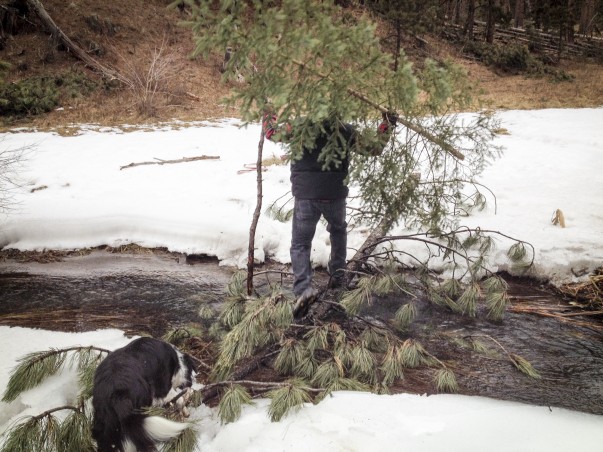 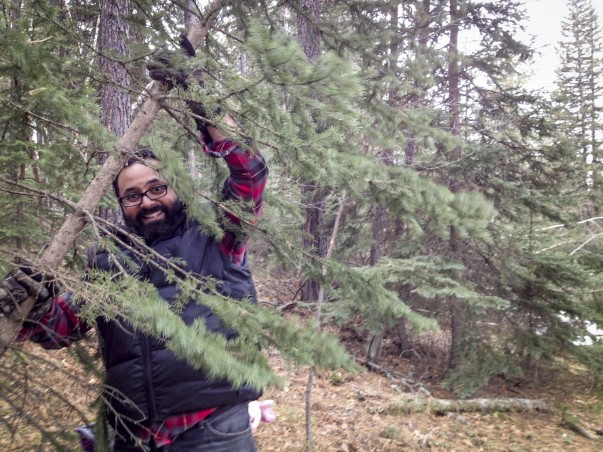 Again over the log bridge after Max broke through the snow on the bank, soaking himself up to his knees.  Up the first hill and into the car where Max stripped down and wrapped up in a blanket, hands were warmed and I nursed Lucy while Jac strapped everything down in record time.  We he got behind the wheel and shut the door there was cheering.

A few days later, as the kids were adding Jesse Tree ornaments, Jac said, “Maybe next year we can get a nice tree and go out and get a small tree like this for the kids.” Oh, the outrage! “A “nice” tree? What do you mean?! This IS a nice tree!” Max was indignant and a little hurt. “Well, you know,” Jac tried to smooth things over, “One that’s full where we can see all of the ornaments.”  Max turned to face the thin tree where the ornaments were so very clearly on view in the open spaces.  “We CAN see the ornaments. And,” he moved protectively towards the tree, “I like these kinds of tress best of all.”

Me, too, because of the memories they make and bring to mind year after year. 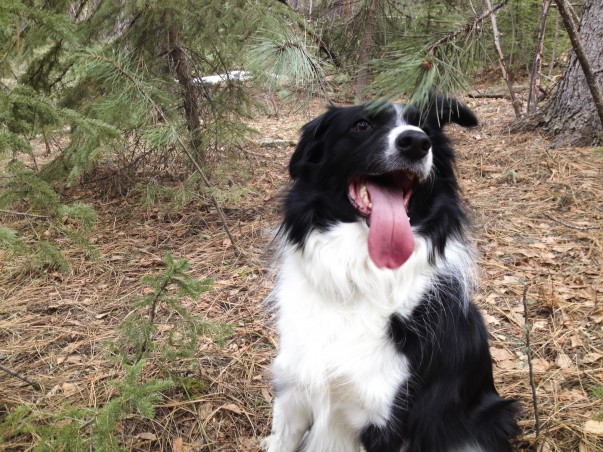