When we told the kids in the spring that we were having a baby and it was due at All Hallow’s Eve, Ellie was a little panicked.

“But when will we carve our pumpkins?”

It’s been asked at least once a week since.

I wish I could say she was relieved when we went to pick out said pumpkins but we went the simple route this year and loaded everyone up after supper for a trip to Family Thrift.  Family Thrift, it turns out, decorates their produce section with HUGE floating, black cloaked skeletons.  Ellie pretty much flipped out.  There was screaming when I made a step towards the tiny pumpkins for Gemma.  It was stressful.

However, we did get the pumpkins carved and had guests and cocoa and candy corn and all the things they’ve come to expect.

Max made his chili and Susan and Bridget livened up our evening with their presence. When it came time for the pumpkins, Bridget generously took on the challenge that is Gemma. Bridget cut off the top of the pumpkin and excitedly showed Gemma.  Her response?

“Ucky!” with a wrinkled nose. 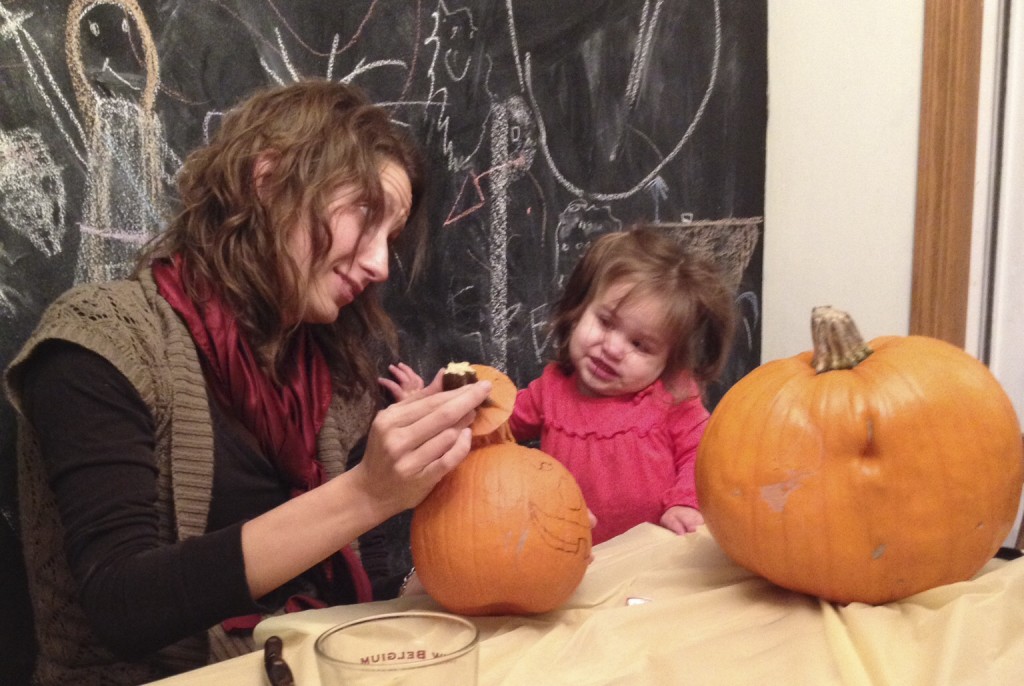 After a while she came around and decided that the smell of the pumpkin was where it was at and made herself very busy shuttling the top of her gourd between people and insisting they take a sniff.

(It sounds adorable but it was mostly obnoxious.  And having her around a table full of knives was EXHAUSTING. Wears me out just thinking about it.)

Max carved his own again this year, complete with little tiny teeth.  Ellie drew her cat face and Jac provided gutting and carving assistance.  Randy arrived just in time to clean Philip’s and keep him on track.  Somehow Susan managed to secure the foreman position which left Tess and I paired up.  Oh, the agony of deciding what to carve into the pumpkin!  Would it be as cool as everyone elses?  She was trying! 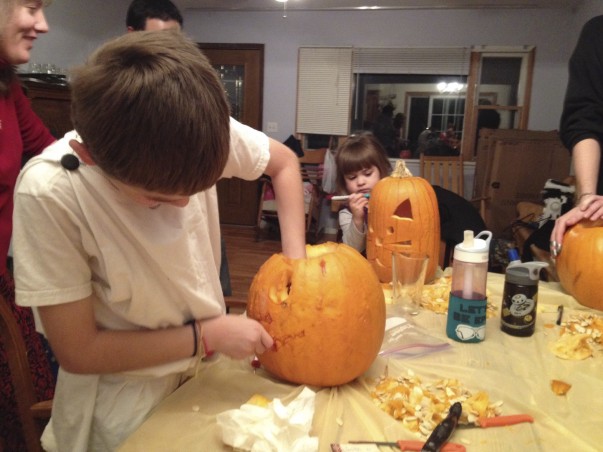 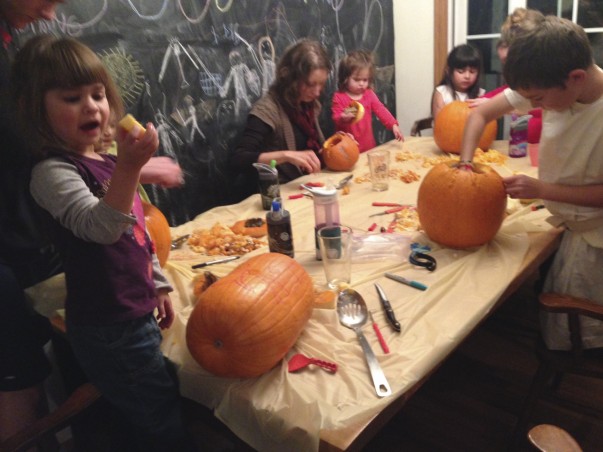 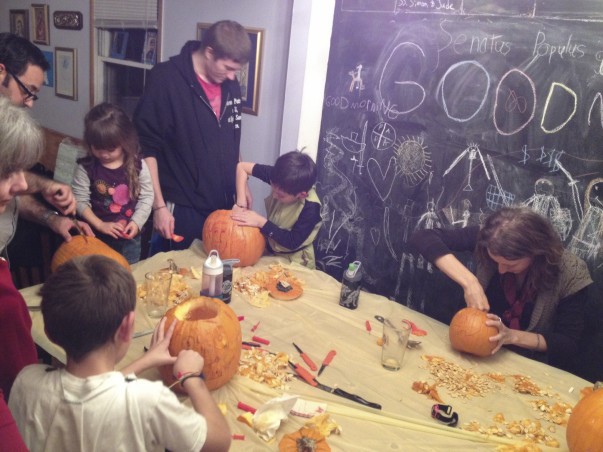 We rounded out the evening with lighting the pumpkins and oohing and aahing over them and praying night prayer before we sent them to bed for the first time.  (There were a number of trips out to retrieve things after they were technically in bed.)

Thanks, Susan, Bridget and Randy for your help and for being such great examples for our kids to look up to.  Let’s plan on next year, okay?