Mama Syd and Papa Chris suggested we stay in KOA Kamper Kabins on our trip through the southwest.  It was almost camping, but not quite.  Sleeping bags would be involved so that was novel for the kids.  Sure, we said.  Sounds good.

Our first night – the night of the Hoover Dam – we stayed in beautiful Williams Arizona.  I’m not sure what I expected but I certainly didn’t expect pine forests, cool temps and beautiful stars.  The campground was lovely and we roasted hotdogs on a small propane stove and ate by lantern light.  The kids were excited/ecstatic/elated with our accomodations. Max announced that he wished he could live in a place like that forever and that he was conflicted about what was better – our cabin or a Hobbit Hole.  Oh, the hard choices in life!

Each Kabin had a double bed and a set of bunks.  Who went where was sorted out amongst the kids and the boys, left with us, declared themselves “brothers in everything” and insisted on sharing the top bunk. The girls were next door with Mama Syd and Papa and could not believe their luck in living in a cabin “just like 7 brides for 7 brothers!” and proceeded to sing and act out several numbers before bed. The porches were outfitted with swings and, if we hadn’t been so tired, we would have liked to put the troops to bed and have a romantic rendezvous for two and scope out the stars.  Instead we opted on turning in with the kids and reading a little.

The next morning we packed up our troops (An aside: “How on earth do you travel for 6 days with 6 people?” We had a swimming bag, a toiletries bag -should’ve had two for the campgrounds – a bag for the kids and a bag for us.  I only packed complete outfits and one set of Mass clothes.  No socks or shoes besides their Keens and the the girls saltwaters. It was easy and it sure helped that we could do laundry at Cousin Kathy’s.) and headed out.  It was a sacrifice for our children who wake up and march to the table to put off breakfast but Ellie’s chipper “We’re eating breakfast at the Graaaaand Caaaaanyon!” kept spirits intact.

Arriving at the park was tricky as we lost sight of the Big Green Truck and we had to turn around several times before we found the right cafeteria.  But our fast was broken then sunscreen applied before we headed out to take in the Canyon.

It was impressive, I can see that now.  But the last time I was there I was ten and it seems just there. The boys were impressed with the steepness of the trails they could see and Ellie threw an all out panic-induced fit about taking a picture close to the edge because she did NOT want to fall and she was sure she would.  It was hot, not HOT hot, and the walk was long.  Luckily we saw a condor perched on  a ledge and a few overly friendly squirrels and then we headed for the cars.

OUR car managed to see several cow Elk and that was exciting.  We trekked to ANOTHER visitor center and then hit the road to get to Santa Fe and meet up with Uncle Billy and Aunt Lindsay.  The trip up and out of the Canyon, across Arizona and into New Mexico was all a blur but a happy one. We were getting closer to home! Hurrah! Because by that evening there were tears from some people who just needed and wanted to be done. 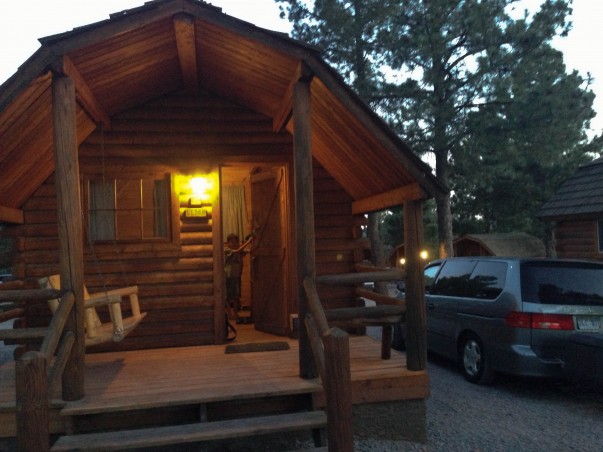 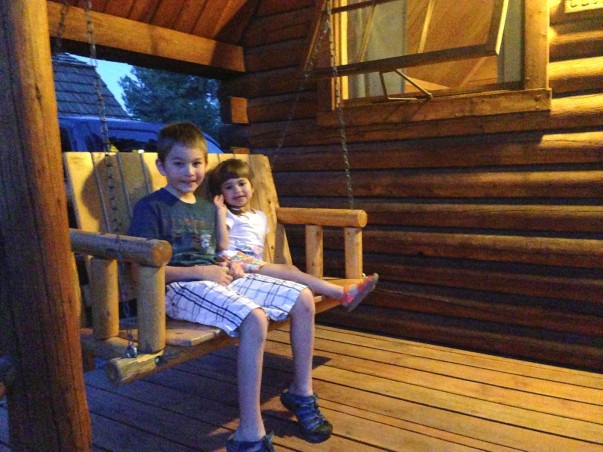 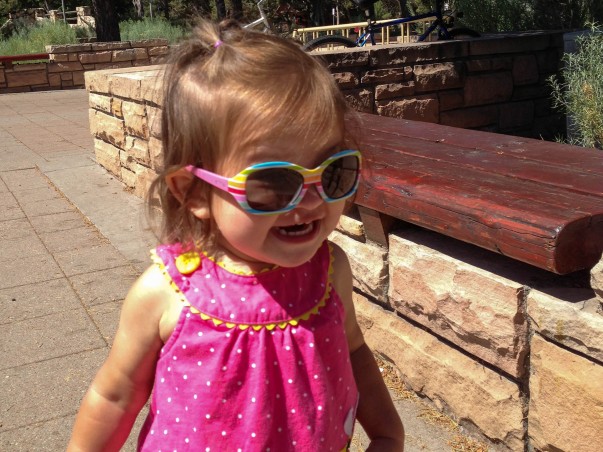 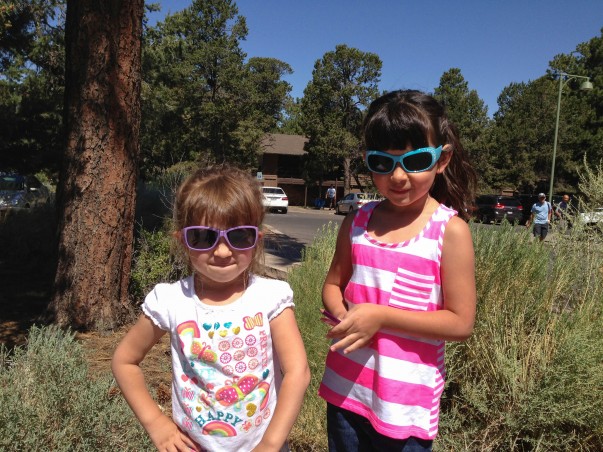 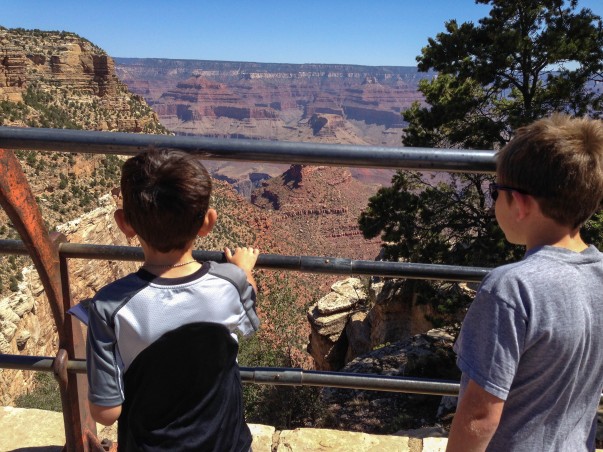 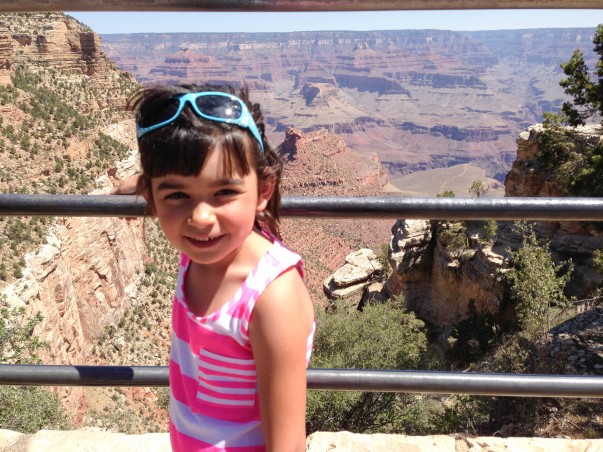 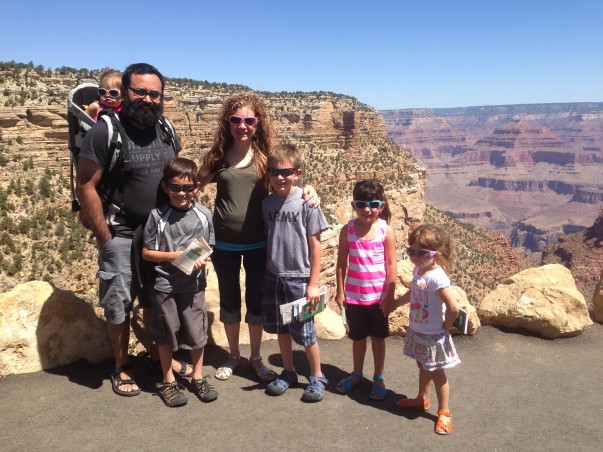 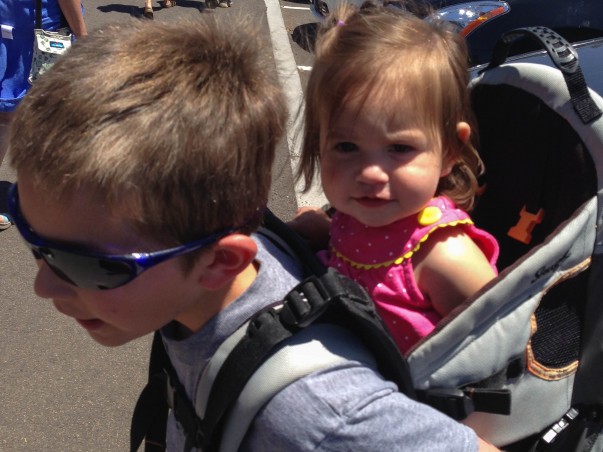 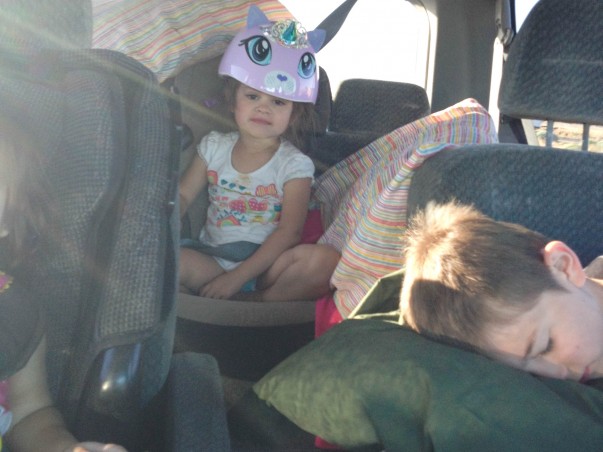