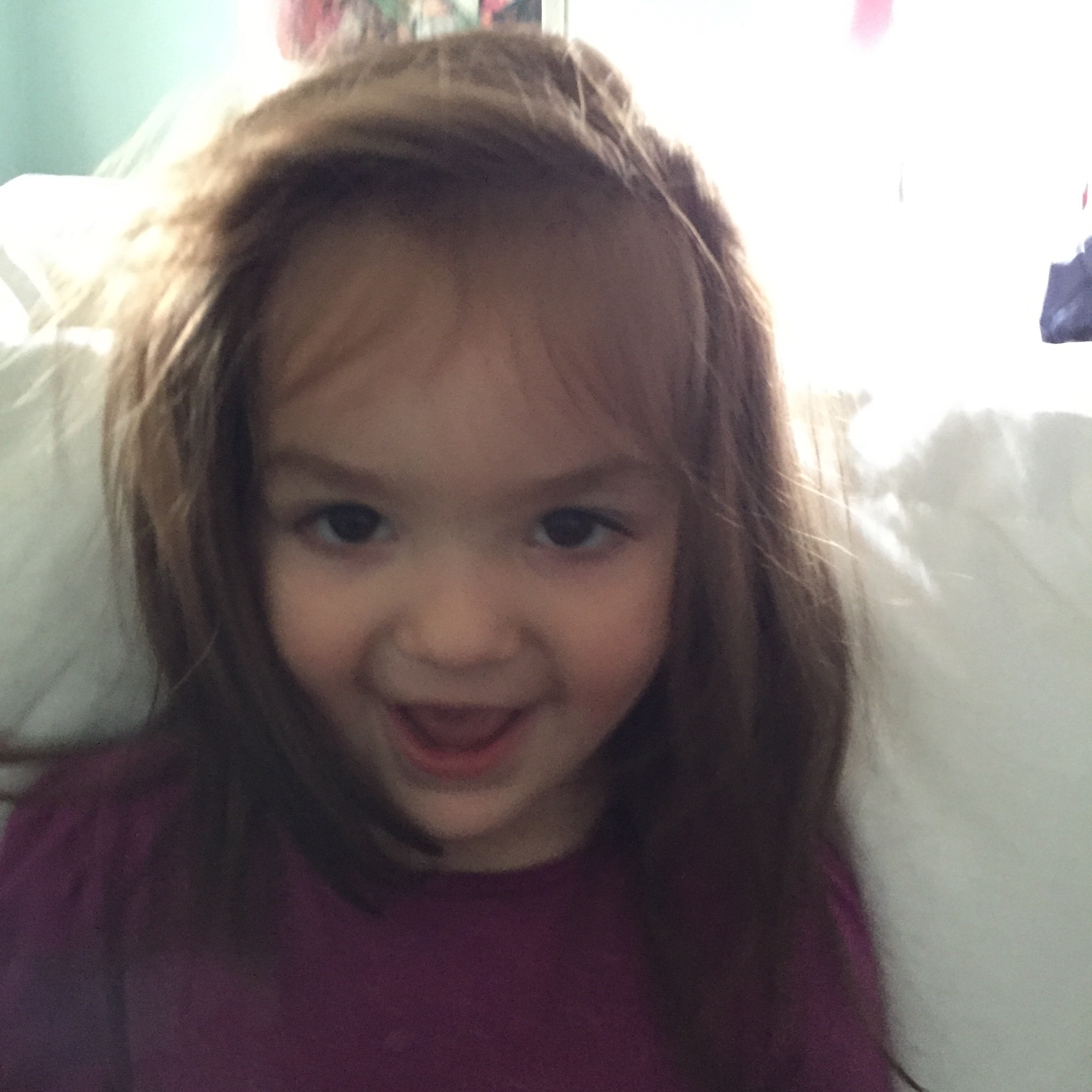 Sometime during Holy Week, Lucy began replacing “my” with “me.” It resulted in her sounding like a saucy sailor or irate Irishman.

“Where’s me boots?!” she’d yell. Or, “Where’s me bottle?!” she would demand, always loudly and forcefully but usually with a smile. When it was, “Get in me pants!” I totally lost it and laughed until I cried, causing her to say it over and over between her own deep belly laughs.

Last weekend, the season’s first thunderstorm rolled in. The crew was readying for bed and I rocked Penny in the dark living room, Lucy on a stool at me feet, happily chatting away. A flash of lightening lit up the windows and Lu stopped, mid sentence.

Again, I laughed until tears came. It was so cute how surprised she was by the light show in the sky and how she reasoned that it must be a giant camera flash. But the drawl!

The rest of the crew came running when they heard my laughter. I repeated what she had said to each question and each of them joined in with their own giggles and asking her to say it again.

She refused but we’ve all been saying it just like she did ever since.

“So Lucy. . . she’s either a leprechaun or a southern belle, huh?” was Jac’s insight. Indeed. A distinct combo, to be sure, but we’ll take it if it keeps yielding these comedic gems.