October has been so very lovely in the weather department.  We have been to the downtown fountains to play several times and have tried to soak up the mellowness of a lovely, lasting autumn.

There was some yelling.  I apologized.  We got through it.

I loaded up kids in their swimsuits and headed downtown only to find Oktoberfest underway in Main Street Square.

“Oooooohhhhh!” Was the disappointed sigh as we drove past.

“What about Dinosaur Park?!” I tried to sound enthusiastic though I knew darn well that I would have to carry Penny up and down the hill in my arms as I didn’t have the backpack.

“Yes!!!” They all yelled. Even Lucy who has not been in her recent memory.

So up we went.

Philip obliged my request to see if someone’s head would fit in the dinosaur mouth.  Everyone else was too creeped out. 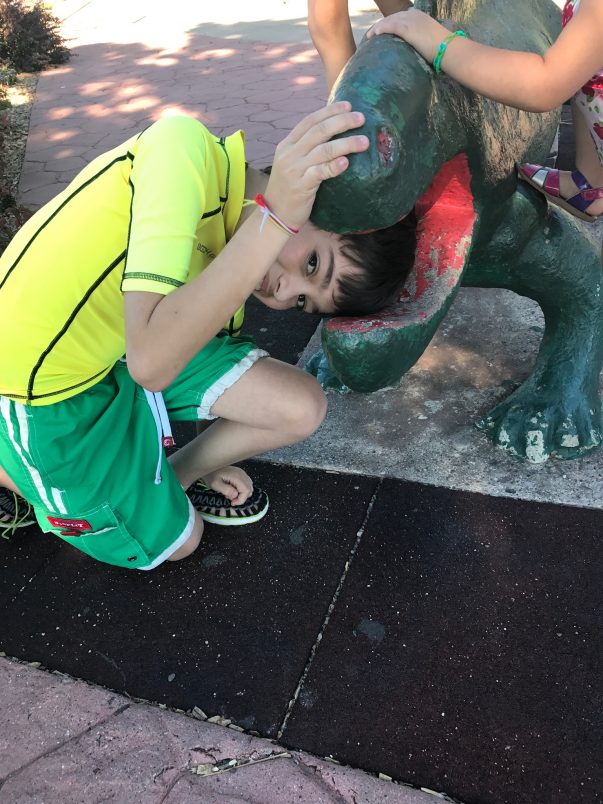 We were “those kids” who kept pushing the music button on the mechanical ride, causing the obnoxious song to be played so loudly it could be heard clearly from the top of the hill.

They took off up the hill, opting to climb up the side walls instead of taking the steps. Ellie went up on her hands and knees, claiming she was afraid of heights. 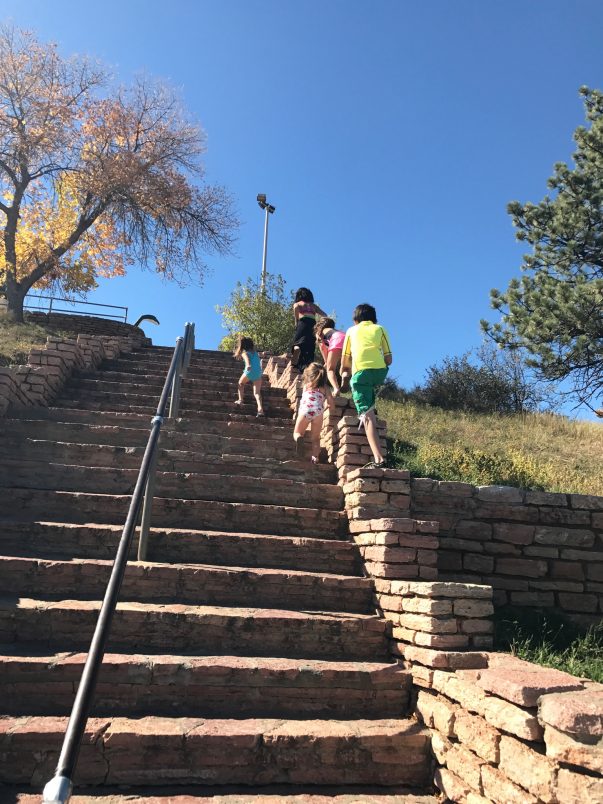 She didn’t need to be asked twice which was good because with that crisis averted, another cropped up. Lucy stood frozen on the narrow steps. I felt her shrinking within herself and I started to sweat from more than the heat of the day.  People were coming up behind us and Lu and I were to have a confrontation, well, things could get ugly.

“That is a dragon. Right there.” Fear rimmed her words.

“It’s not a dragon!” Ellie hollered down to her.

“Oh!  Yeah, it’s an elephant!” And with that decided, she kept climbing. 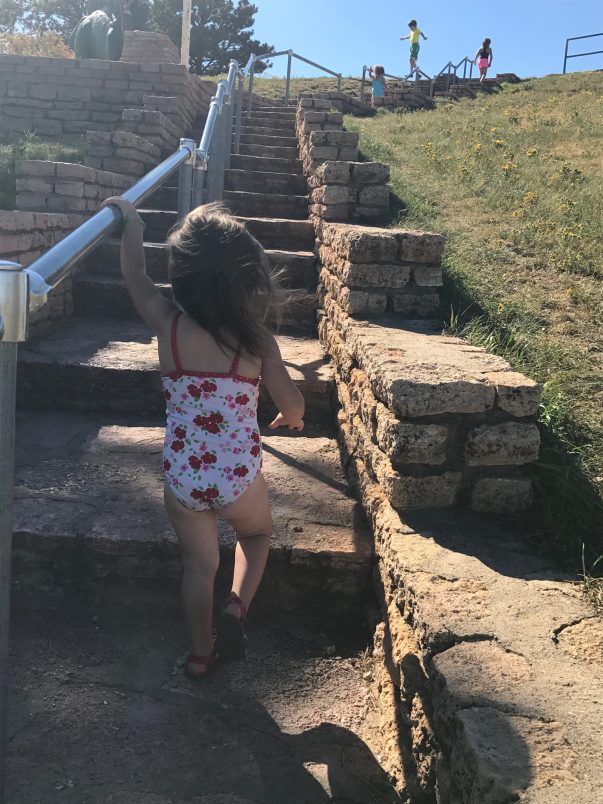 Note to self: teach Lucy about Dinosaurs.

By the time we made it to the Stegosaurus, she was over any hesitating and went up and down the back of the dinosaur even with her slippery Salt Waters. 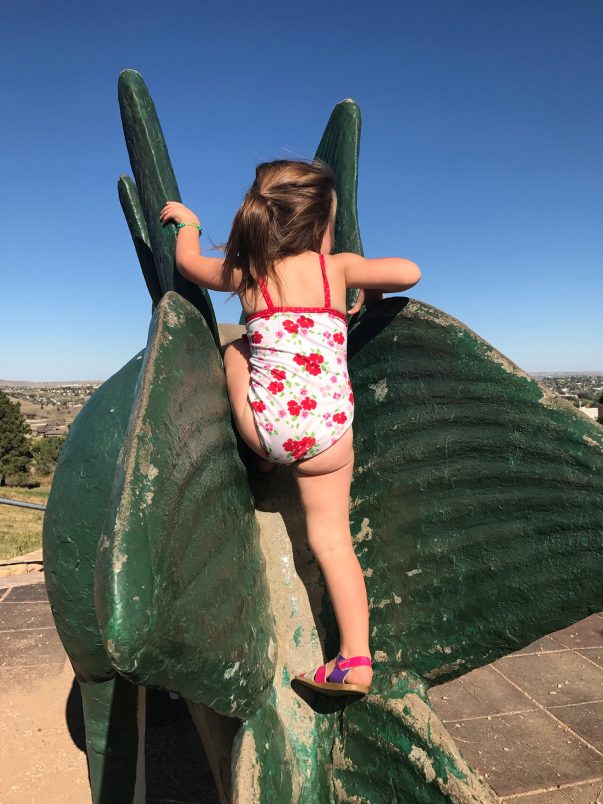 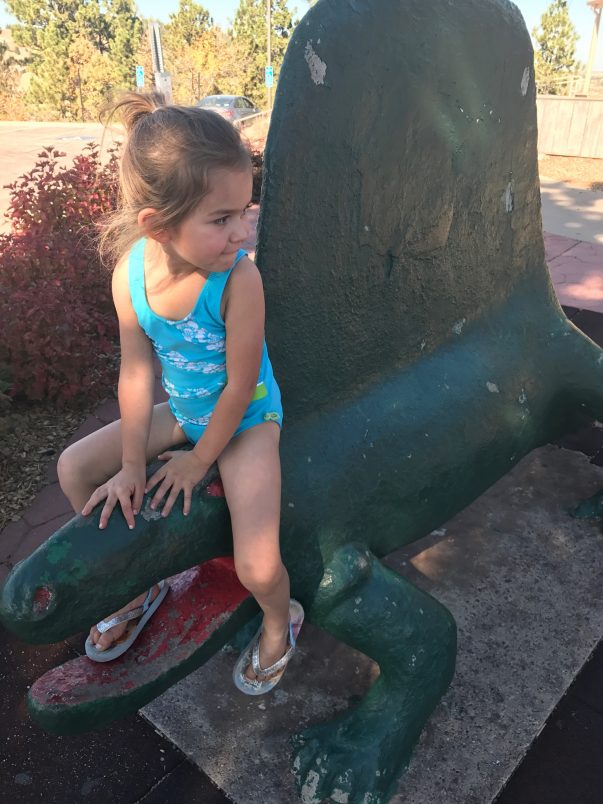 And Gemma wanted to know the dinosaurs names.

“Their names?  I don’t think they have any.  Would you like to give them some names?”

“Yes!” she was eager and decisive. “This one is Isabelle.” She pointed to the Tricerotops. “And thiiiiis one?” She concidered the T-Rex, “I think it’s Sparkle.”

Penny spent her time trying to lunge out of my arms so she could explore the dinos on her own. So we tried to sit her down at Sparkle’s feet, but her kicking, anxious legs wanted to dance with joy instead.  So cute. 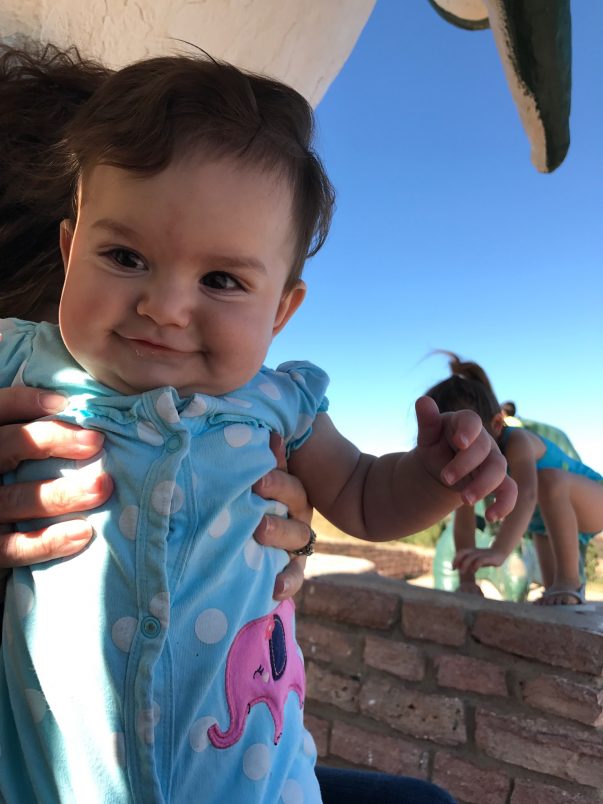 It was a great trip with much laughter and enjoyment. And then it ended with a full body press to get a screaming, enraged Lucy into her car seat. 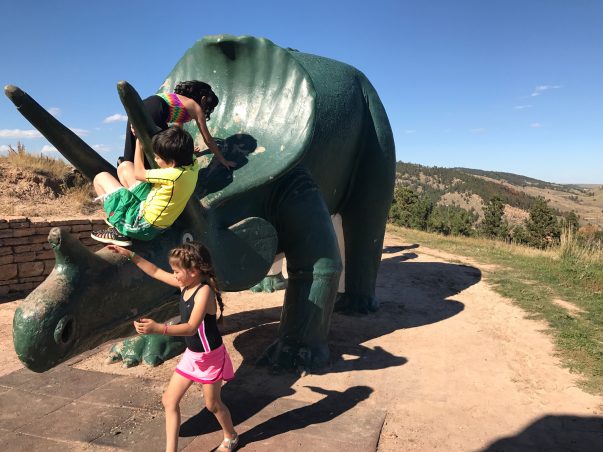 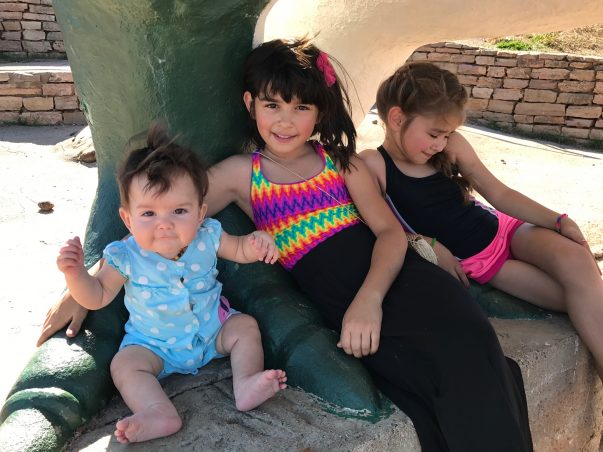 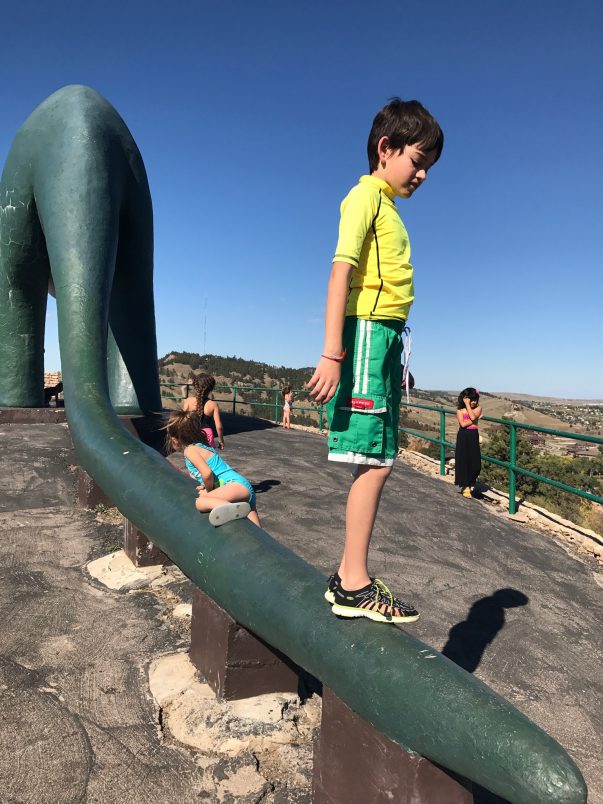