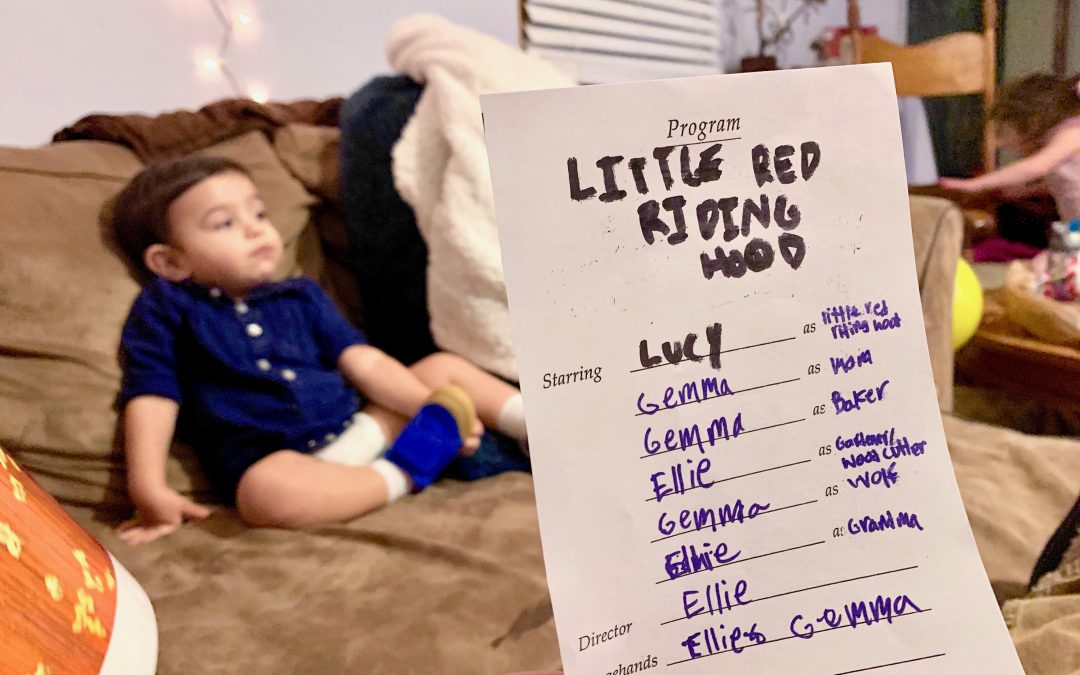 Sunday, the last day of the Christmas season, brought with it a lovely Christmas treat.  Jac, Max, Tess and I joined some dear friends to watch Little Women. Two things: First, I cried even before it began (darn those trailers!) and then all the way through.  Other folks of our party did, too, but I’ll keep them anonymous. Second, Philip and Ellie opted to stay home, preferring the images of the book to stay foremost in their mind.  They just couldn’t risk the movie ruining it.

When we got home, Ellie wanted to know if they had shown the Pickwick Papers and if the newspaper had played an important role.  She’s been all about newspapers since we read Little Women however many years ago.

Then she handed us a playbill and tickets to a play. Two shows in one day! She and the girls had been rehearsing Little Red Riding Hood and were finally getting along well enough to stage it for us. We laughed and cheered and took pictures.

We were pleasantly surprised then when she presented us the next morning with a copy of Ellie’s Extra’s in which the performance from the night before was recapped and reviewed (my own glowing words were among them) along with ads and comics.

But it got me thinking about what would be included in my own Mom’s Messenger. See below for some ideas.

MICE! MICE!! MICE!!!
Mice have returned to the Daniel house. While two have been caught, one escaped the trap, leaving hair behind, so we know he or she is still at large.  “How many times have I said not to take food downstairs?” was Mom’s plaintive cry.

Babies Pounding On Doors Less Than Helpful, Experts Say
Mom reports that when she requests help from big kids with Gus so she can shower, letting him pound on the door and yell is not really what she meant.

Six Staples Removed
The six staples in Lucy’s head were removed without incident on Wednesday.  Max accompanied her to the doctor so he could witness the procedure.  “It only hurt a little,” Lucy claimed.  Full story on Friday.

Sickness Signals Winter Is Here
Word on the street is that Mom’s eye gunk has returned for the third time, Max and Gus have runny noses and there is a spreading rash on Gus’s side. All signs that we are in the grip of winter.  Prepare for a long haul, experts say.

Max’s Eyeglass Repair
Reasonable Rates!
“When my 1 year old pulled my glasses apart, Max was able to fix them securely and quickly.” -Mom
“I can’t even notice the fix!”- Ellie
“It’s the Kr a  Gl!” – Max

Lucy’s Lip Makeover
New shades and glosses in, including Color Changing Unicorn Lipstick. Open to all sisters.  Some exclusions apply.

Wanted: Someone to shovel the walk and break up ice in the road.  Particularly difficult to find. All reasonable offers accepted.

Wanted: Clothes Folder for blind children.  No need for experience as anything is better than 8 kids pretending they can’t see the 4 baskets in the living room. 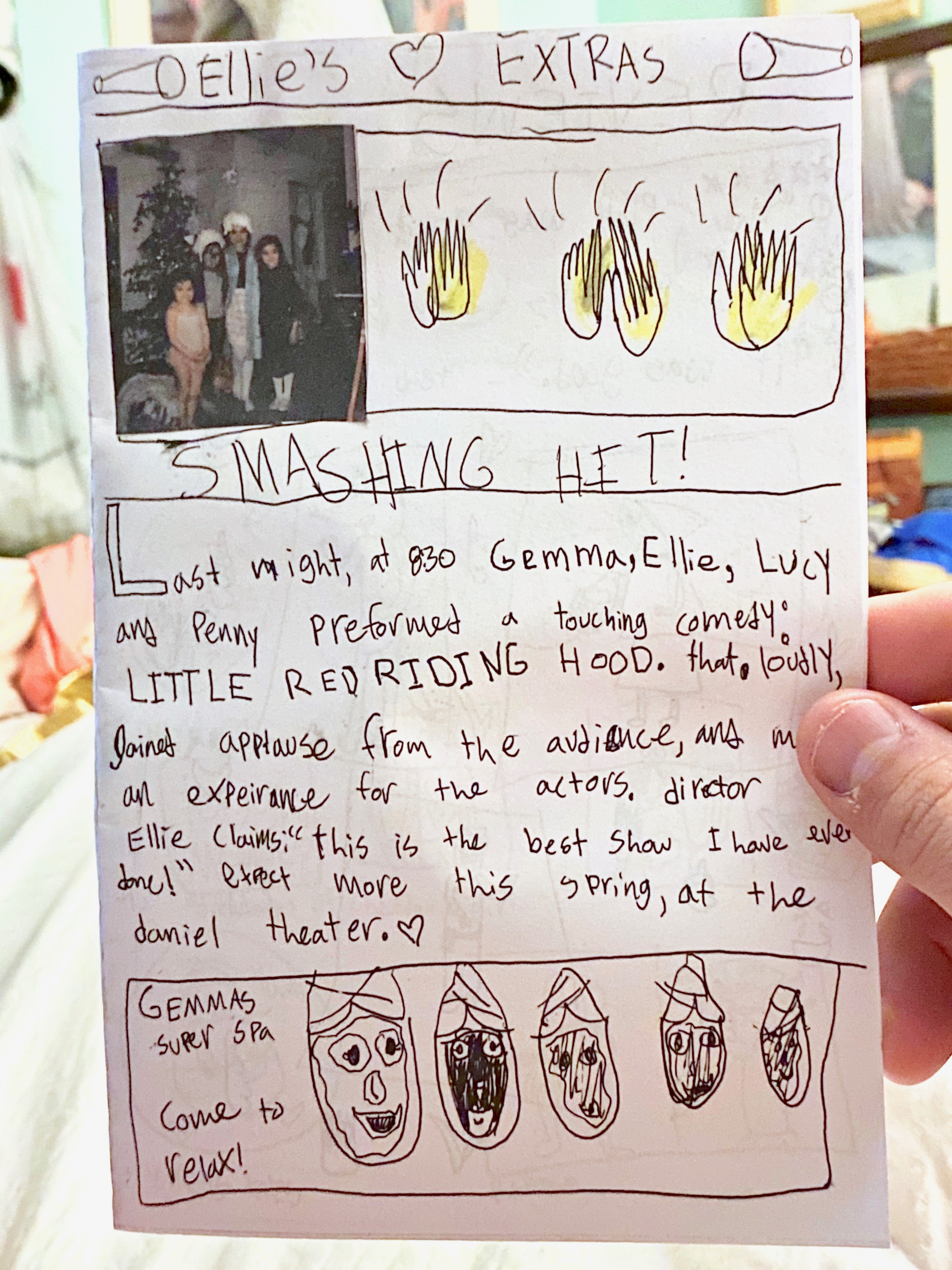