Getting in the car tonight one of the girls asked a simple question.
“Is Epiphany always on a Sunday?”
I then had the task of the not-so-simple answer.
“Nope! I mean, yes, yes it is here in the US. Here it’s always the 2nd Sunday after Christmas so technically yes. But technically Epiphany is the 6th of January and this year it just happens to be on a Sunday.”
It left me bewildered and a little tired which is the general feeling here at the end of the Christmas season. This year I struggled to find my groove through Advent and pinned my hopes on the Christmas season. Then- THEN- we would do ALL THE THINGS! The Lord had other plans, however, and here we are, a little stunned and slightly relieved that it’s already Epiphany.
In honor of this great Feast and this being Twelfth Night, we have our own countdown.
On the Twelfth Day of Christmas my true love gave to me- 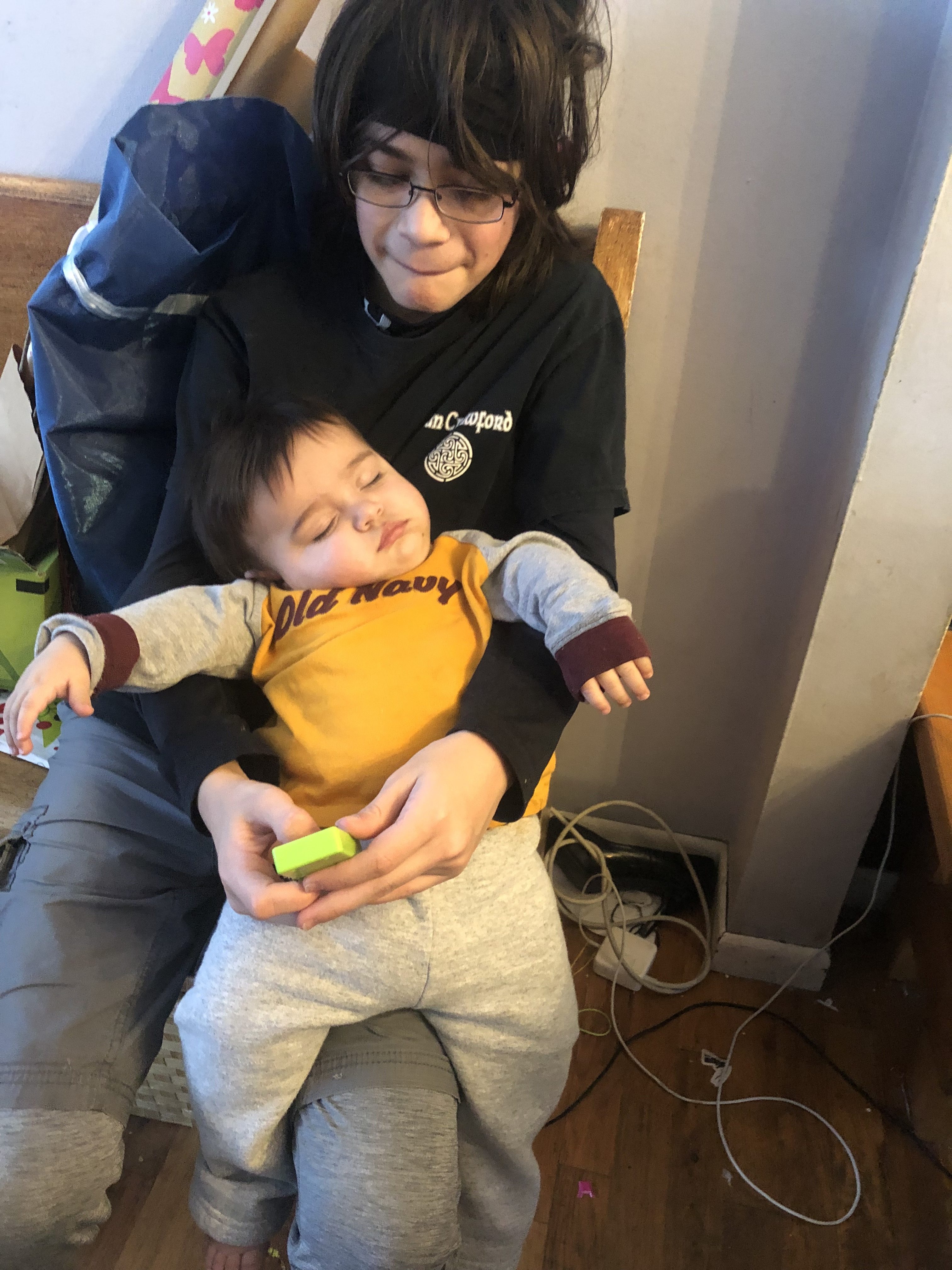 Twelve days of nothing
Well, that’s not entirely accurate.  But it’s pretty close. We have holiday-ed hard. It’s been wonderful. Chores were abandoned, movies were watched, feasting happened. Just what was needed at the end of the year.

Eleven pieces of clothing
That’s how many pieces of clothing I did not sew. No homemade jammies this year. No homemade anything. I was feeling guilty and sad about it and expected disappointment from others. Jac had been the one to talk down my crazy while in the store and pushed for the purchase of actual jammies. “You COULD sew things, yes, or we could stay sane. What could you do with that time?” God bless Trish who gave the external permission I needed. “You made a baby this year. That’s their present. YOU ARE WELCOME.” The best part was that because they hadn’t heard the sewing machine, the kids didn’t expect anything so the wrapped store-bought jams were that much more exciting. Lesson learned. 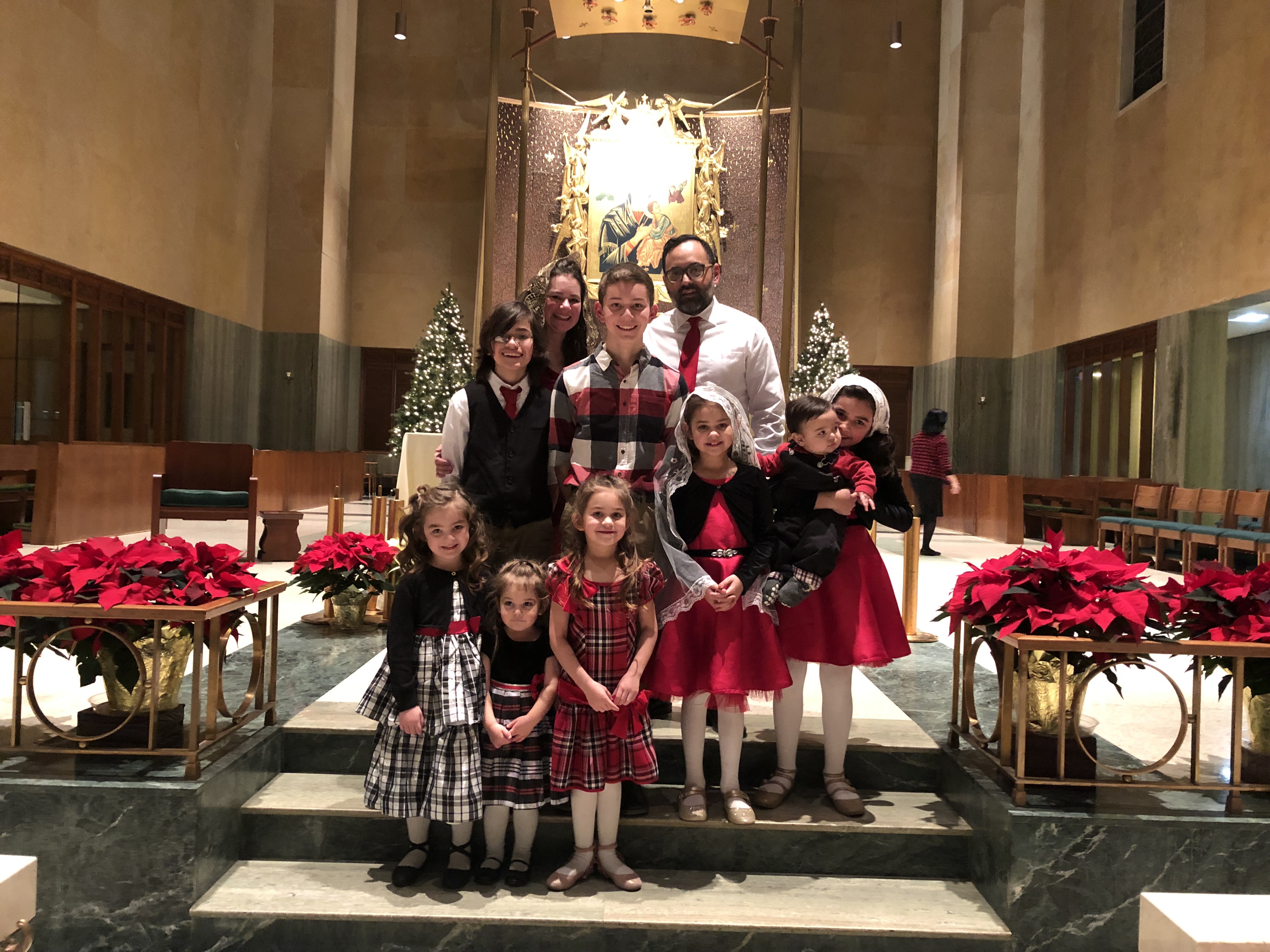 Ten pm Mass with the Bishop.
No one in our pew -which we had to ourself, a small miracle!- fell asleep. NO ONE. Not the 5 yr old who hadn’t napped out of excitement. Not the two year old who is a ticking time bomb when she’s NOT tired. And not the sweet, sweet, wiggly babe. Also of note was the fact we made it on time since the boys were serving so we managed to snag a pew near the front. This meant Pen could actually see her brother’s in the sanctuary and liked pointing them out. It also meant Tess leaned across two sisters and “whispered” “We’ve never been this close before! I like this!” 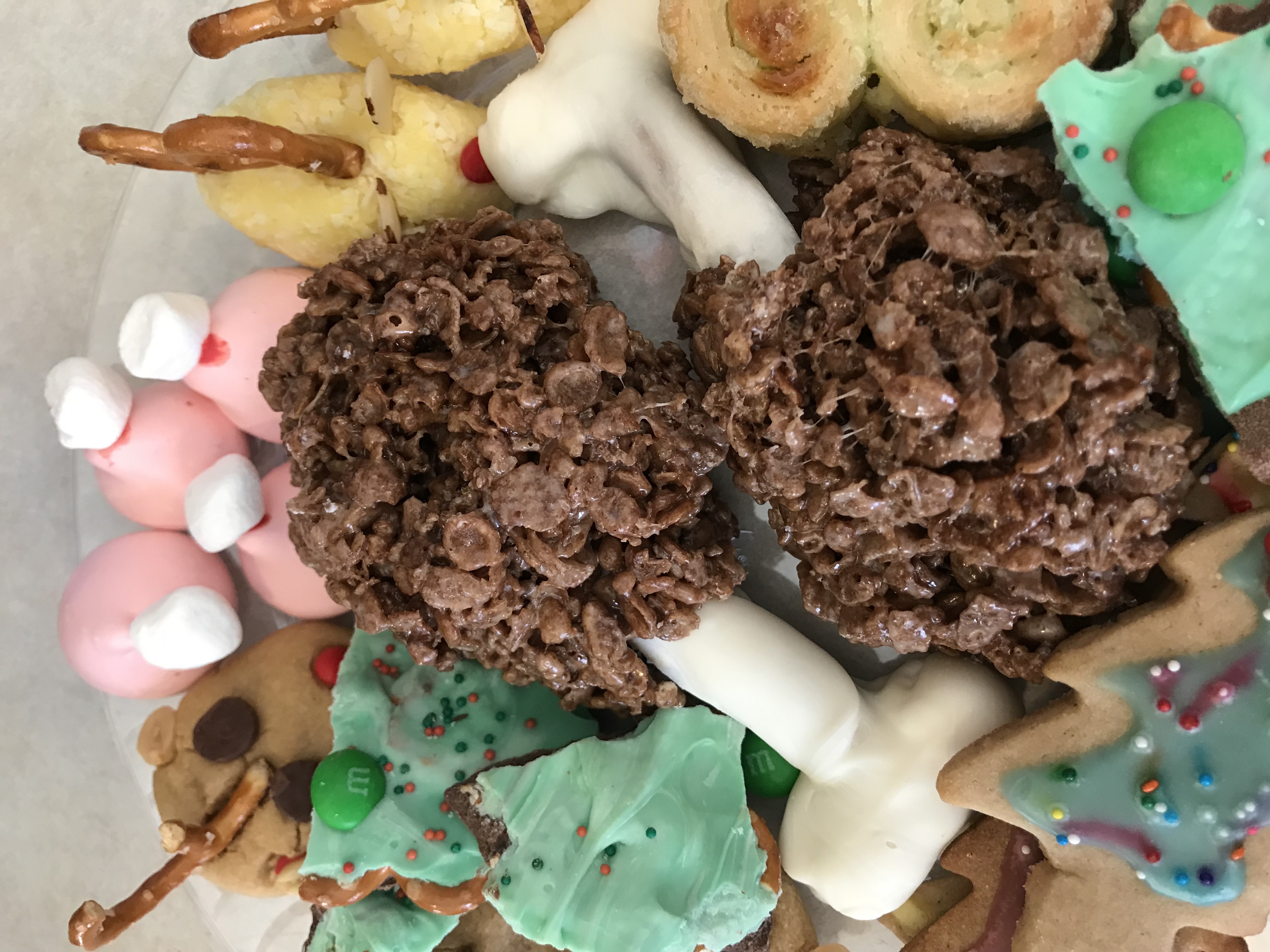 9 Cookie Plates Delivered
“I like how we always have a theme!” they all cheerily exclaimed and I cried on the inside.  Perhaps my heart is 2 sizes too small.  At any rate, we did a Grinch themed cookie plate that took FOR-EV-ER to get together and not 1 cookie was without its share of problems.  I yelled.  I wanted to give up. In the end, we delivered them out of desperation but I told Jac I wanted to tell everyone not to eat them.  Also, if it happens next year, no ‘fussy’ cookies are allowed. I have spoken!
8 Days of sickness.
We survived.
It was a very loooooong week.

7 filled stockings
Gus did not have a stocking this year. His siblings felt all sorts of sorry for him and were very, very concerned.  Jac and I, however, felt oh-so-wise in our ripe parenting to know that a 7 month old will care more for the paper than any gift wrapped within it.  With that in mind, we wrapped a water bottle that he needed and a toy that he was drawn to at Wal-mart and played with all through the store. Next year, buddy, next year!
6 hours of wrapping
Well, almost.  The point is, I crawled into bed on Christmas morning about the time the girls usually wake up. And that business about no creatures stirring, not even a mouse? That’s a lie.  I know because it was me and the mice scurrying about and crinkling paper.
5 mice in traps
Yep.  If you didn’t pity us for the puking sickness, pity us for the discovery of mice in the basement. Five have been trapped as have Jac and Monday. We live such an exciting life! 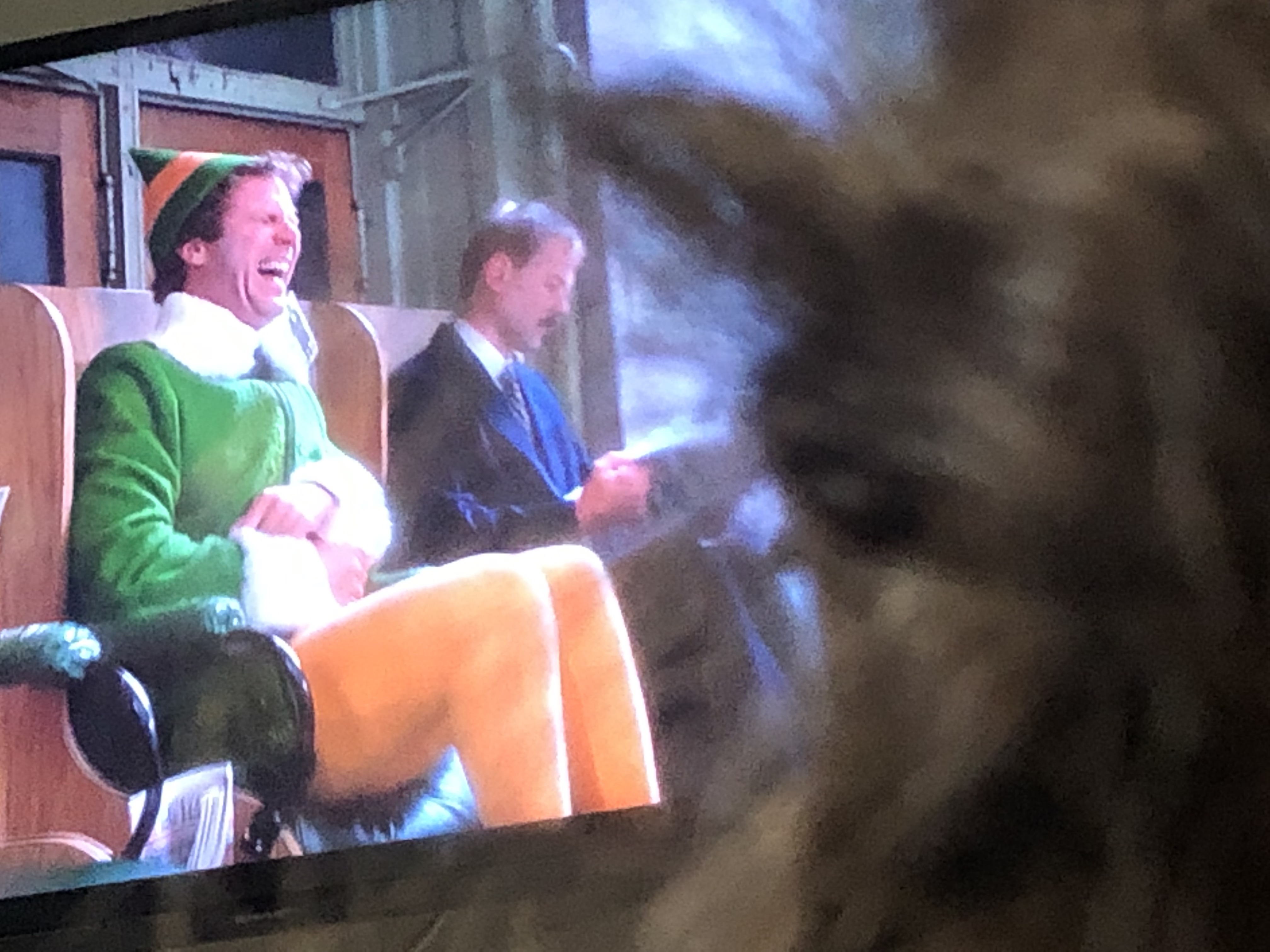 4 movies watched
Gus and I were sick New Years Eve and Jac was incredible. Stripping beds, being puked on several times by a baby, keeping kids quiet – it was heroic.  It helped that they watched FOUR feature length movies that day, but I could sleep in peace so . . . Sacrifices were made. We lived to tell about it. No one seems any the worse for wear for having watched Elf. All is well!
3 visits to Zoom
Our most favoritest candy shop closed today. The news that they were done was met with disbelief and heartbreak here. We have made 3 trips to deliver cookies, stock up and say good-bye in the last week. The Zoom ladies were their generous, joyful selves to the last and we have a standing date for ice cream or pizza in a few months to catch up. Oh, Rapid City, my city!
2 Bitty Babies
There was an unfortunate mixup at Thanksgiving that resulted in Gemma’s Bitty Baby and most beloved buffalo stuffies being either thrown away or delivered to a Thrift Store.  I try not to think about it.  However, Mama Syd replaced the buffaloes and the baby AND got a baby for Lu, too. In an interesting turn of events, Gemma’s Bitty Baby is “now a boy” and Lucy named hers “Dot.” Still not as fanciful as Christmas Tree St. Louis, but it still has a certain jauntiness to it.
1 Emmanuel
This morning as Gus cried and fussed about his teeth, Jac was playing music to calm him.  O Come, O Come Emmanuel began to play and Penny said, “Hey! That’s my song!” and then sang along passionately.  Her near constant singing of this carol during Advent made God With Us a reality during the Christmas season. He came to be with us, not just as a spectator, but as one of us. That thought steals my breath away and makes everything else so small. Holy wow, God is good! 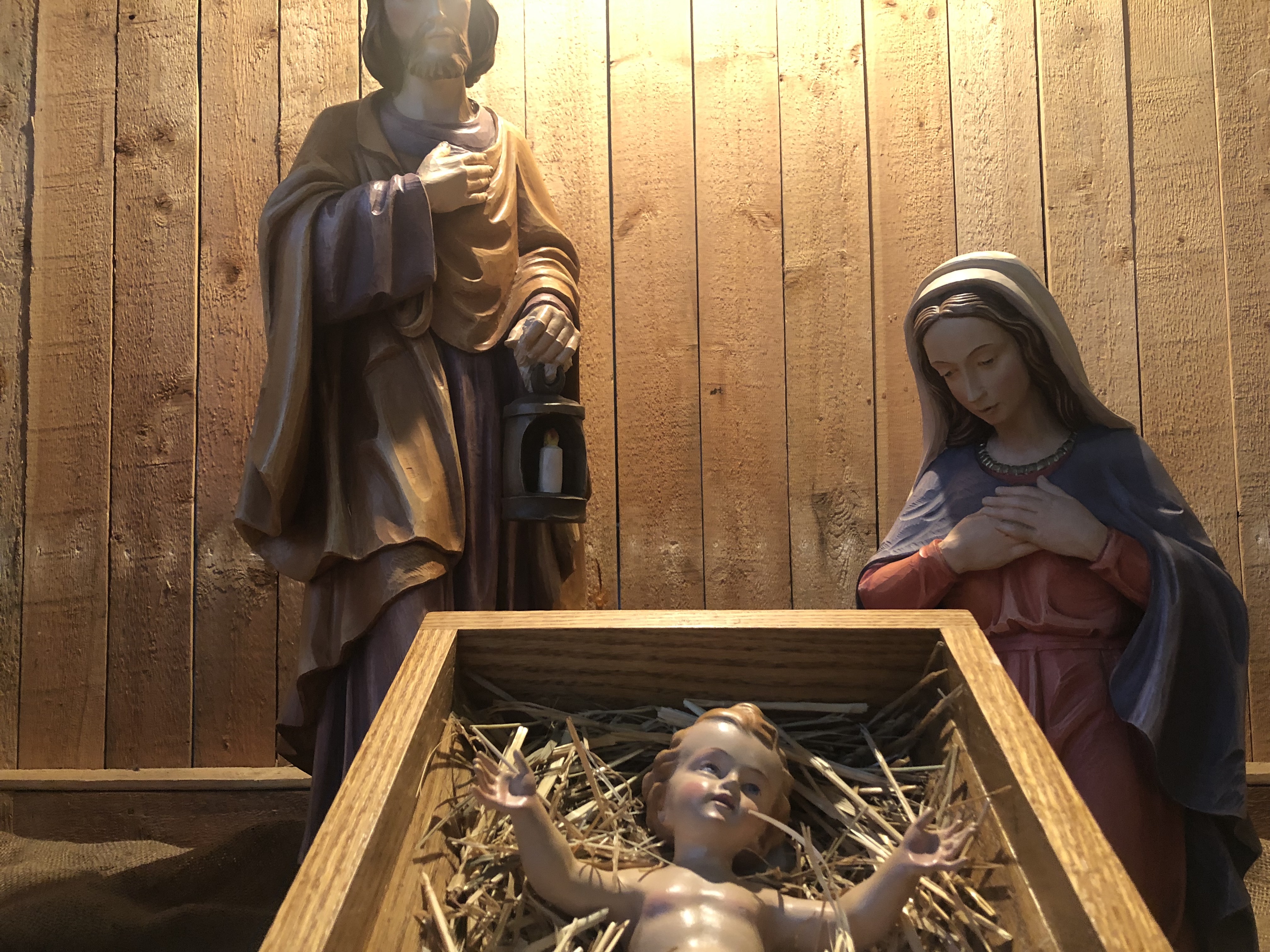