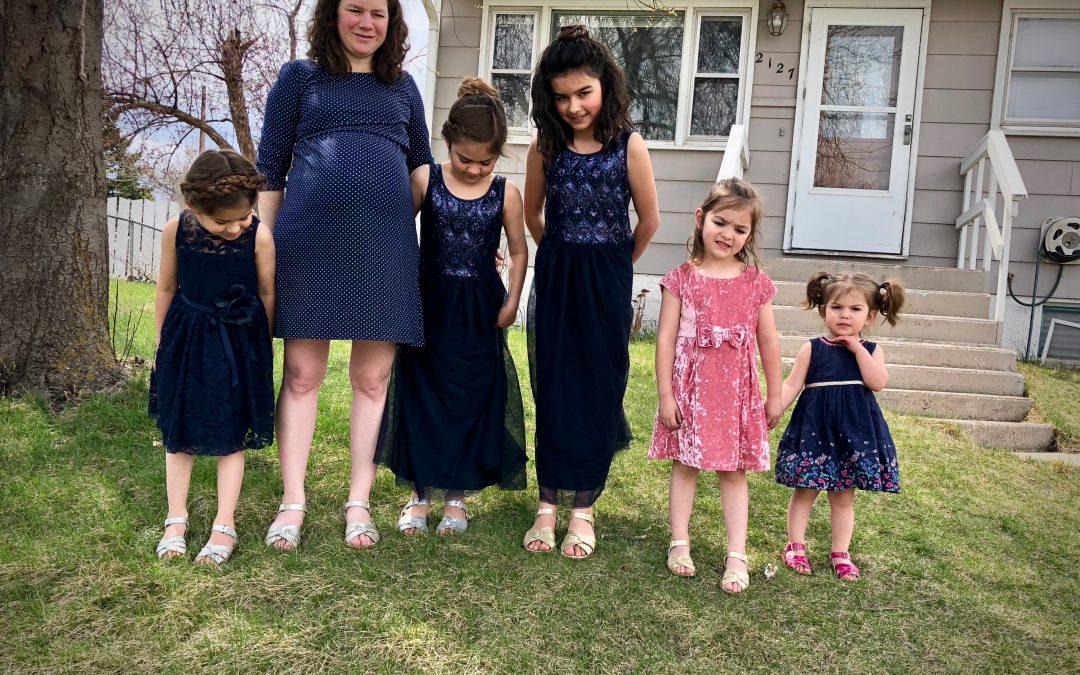 As I trekked up the stairs into Cathedral this last Sunday, **

**an aside: I have a great love for Mt. Everest and love to dream about seeing it someday.  That’s downgraded from ‘summitting’ because 1. My family’s name for me growing up was Asthma Girl so . . . 2. The more I learn about it, the less fun it sounds and 3. How to put this delicately? Poop in bags, dead bodies, and no showers – icky. Anyway, a trip up the stairs at 38 weeks pregnant I would argue is comparable to an Everest trek.  And at this point, I’m testy enough to argue just about anything.**

As I trekked up the stairs into Cathedral this last Sunday, I was met at the top by one of the hospitality ministers who greeted me with a once over and,

Good morning to you, too. Obviously what I want to here at this point is the single word version for “Good golly, lady! You’ve been pregnant forever and are HUGE!” Please continue to point out how impatient you are.

I smiled sweetly and panted out a “Yep!” and shuffled inside where I tried to forget the comment.  You can see how well that has worked for me.

However, it does give me a chance to record the things I should remember.  The last few months have been filled with the kids asking, “What did you want to eat when you were pregnant with me?” “Did I move like that?” and other such questions.  Sadly, my answers have been largely some version of, “I don’t remember” because remembering takes energy I don’t have and pregnancy brain covers me like a heavy blanket. I’d like to be able to at least have a place I can go to to recall Octavius’ pregnancy and “still” being pregnant gives me that chance.

Whereas the last few pregnancies I had very pronounced and decided cravings, this time around there hasn’t been anything in particular.  Right around Easter chocolate and peanut butter (think Reeses and Nutty Bars and Muddy Buddies) sounded fantastic but it was rather short lived. I think it’s because I continue to have unpleasant after tastes – something that usually ends after the first trimester for me.

Same with aversions and sensitivity to smells. Usually that’s gone by 16 weeks but not this time. Thaaaaanks baby.

And the heartburn – oy.

The babe has been hanging out, rump under my right ribs, for months. But I woke up Monday morning and it had turned. While some of our babies liked their space and didn’t like us touching them, this baby is responsive.It also seems to listen – when Jac or the kids press their mouths to my belly, the baby gets very still. It’s favorite way to stop me in my tracks is to move a lot down low so that it feels like they’re trying to dig their way out. So much fun!

Yes, the baby is STILL inside and really, at least for the next week, that’s okay by me.