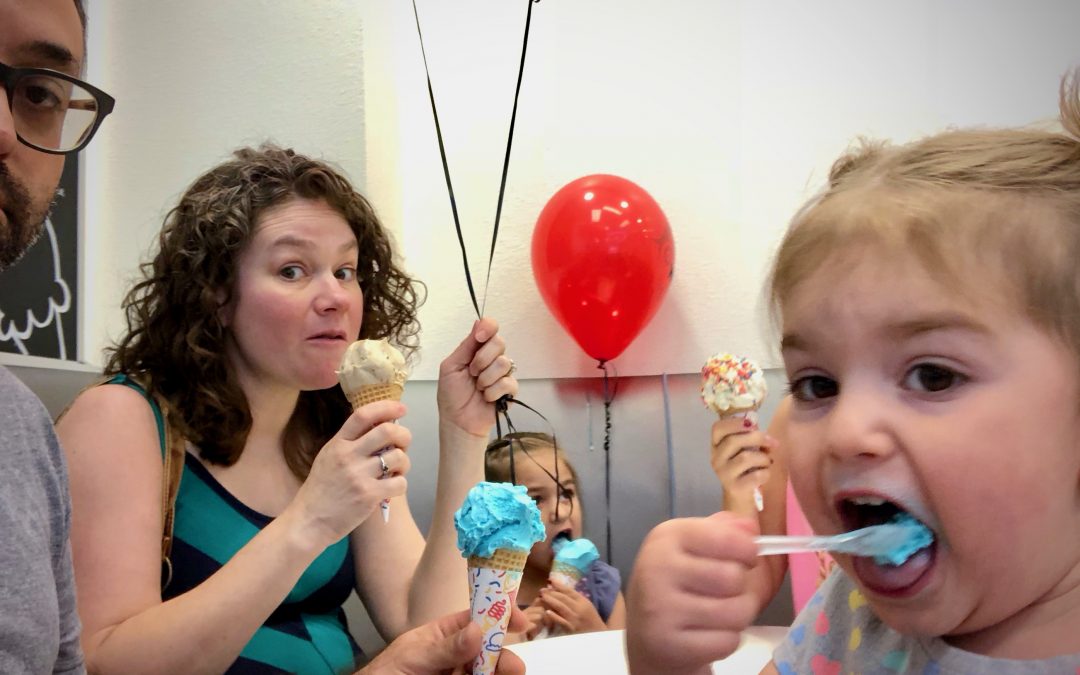 Anyone else spend a good deal of time watching animal documentaries as a kid?

I guess it was to be expected what with our antenna tv and PBS being one of the handful of channels we received. It should also be expected that these shows always stressed me out.  If it was focused on the jackrabbit, pleasepleaseplease don’t let them get eaten by the coyote. And if it was the coyote being featured, then I sure as heck didn’t want that mama and her babies to starve!

Yes, I was a high strung child.

Wait, I forget. . . Are we describing the elephant seal or me? Because really, the same adjectives might be used about me at the moment.

With that said, you’d think those that love me would tread lightly, you know, for their own safety. And most of them do but some. . .

Saturday morning, one child was trying to determine if there was a hole in the exercise ball because it was looking rather sad and squishy.  Then another child said, “No, it’s because when mom sits on it it’s two people on it at once.”

Did I respond irrationally? You bet I did. I probably should’ve just watched an animal documentary, eaten some Oreos and forgotten about it but thinking clearly at 38.5 weeks isn’t really an option. So I sulked and moped and convinced myself I’ve become an elephant seal.

In other news I have an 11-year-old on the market if anyone is interested. . .