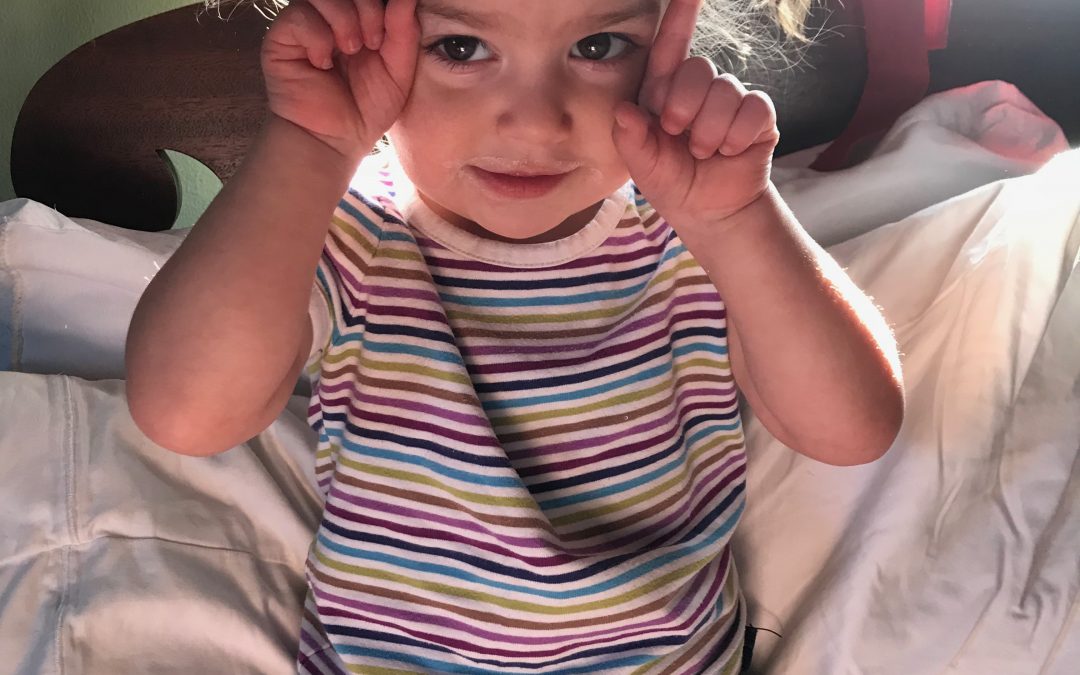 Just when we think they can’t get any more willful or stubborn or demanding, they prove us wrong.

What is in store for us with Octavius?!

As the seventh, Pen doesn’t have any trouble holding her own with this crowd.  She thinks she rules the roost and the truth is, a good deal of the time she does.

Back in January when Mama Syd visited, we capped off her time with a swim.  Having had an abundance of practice in November when we stayed a week in a hotel and riding an elevator, Pen took it upon herself to school everyone else.  We piled into the elevator, backpacks, floaties and swim goggles in tow.  Amid this crush of bodies and things Pen emerged.  “Cooch, cooch, cooch!” she demanded with authority all the while shoving people aside so she could get to the control panel and push the button.

A few weeks back, Monday was in the yard and losing her mind (it’s her M.O.). Ellie opened the sliding door to call the dog in but Penny found Ellie’s competency seriously lacking.  “Go ‘way! GO ‘WAY!” she hollered while pushing her sister. And then, “Moooondaaaaaay! MONDAY!!”

And then this week . . .  We’ve had plenty of time to swim, too.  She discovered she prefers to be out of her ride-in floaty.  But when she WAS in it, she liked to lean forward and blow bubbles in a hole in the front.  When her siblings tried to get in on the action, she covered the spot with both hands. “No, no, no.  My drink.”

She makes me feel like I need a drink!