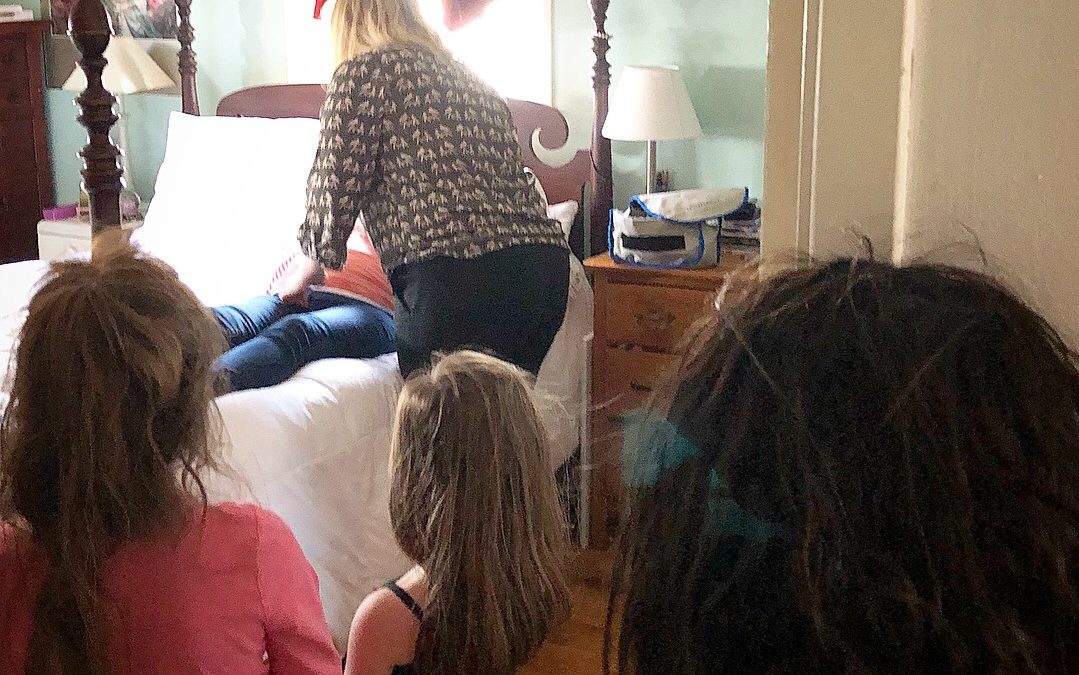 The looks on the midwife and chiropractor’s faces today made us realize that we should probably get on a baby name poll BEFORE a baby arrived. Alas, that meant that we needed to actually think about names. You know, aside from the random, “Ooh! What about THAT?” as we read movie credits.

So we picked the kids brains. They were quick and decisive with the boy names. Divided and opinionated with the girl names. Lucy cried because she didn’t know any names and I was near tears myself when I realized they all think it really and truly is up to them.

We resorted to the interwebs less for inspiration and more for entertainment.  It delivered.  Tigernach – an ancient Irish Saint. Reyes for a girl – use of my maiden name AND a nod to the boys’ fanaticism because we all know that it’d be shortened to Rey and she’d forever know she was named for Star Wars.

The best moment of the night was when I said, “What about Bernice?” to which Max replied, “Berniiiiiice-anders?” so it sounded like Bernie Sanders and I laughed myself into a contraction.

Late pregnancy is all sorts of fun.

Anyway, cast your vote and inspire us.  A family member won’t speak of the baby out of disgust and dread that we’ve already named it Octavious.  Which, at this point in gestation, makes me want to ink it on the birth certificate now just out of spite. Others assure us that if we DON’T use it, they will be disappointed. Billy has been calling it Octavio since we told him and truthfully I really like Tavi or Tavio for a nickname. Talk us back from all of those ledges.

Or make us laugh.  Just not too much because contractions (see above) and we’re not quite ready.