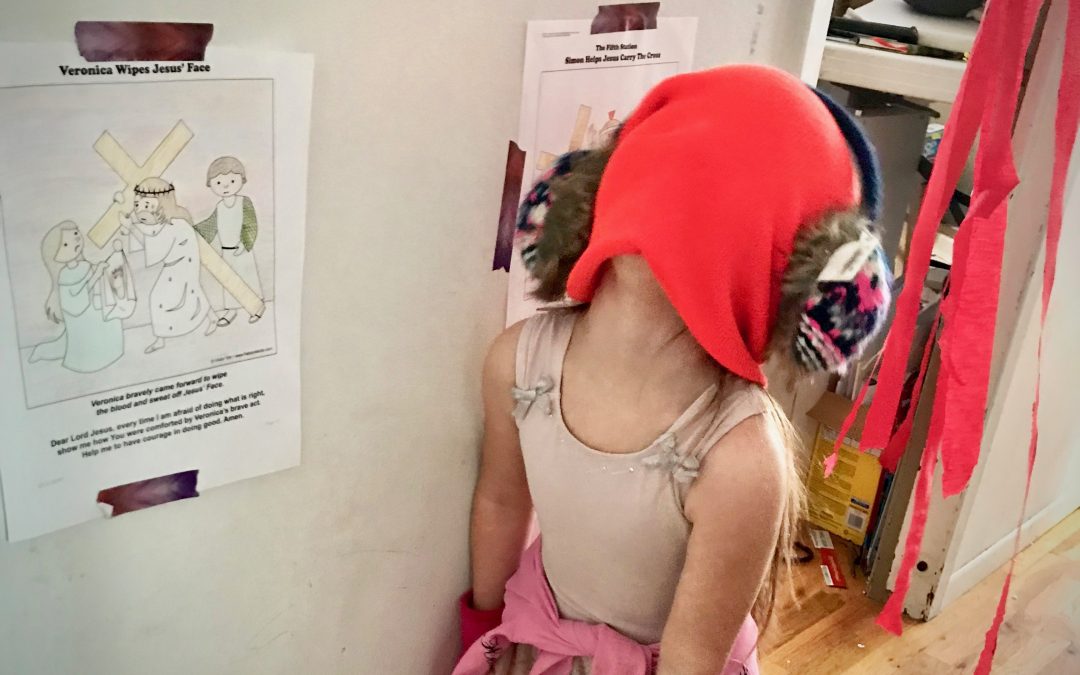 Once upon a time, Fr. Castor proclaimed that any question can be answered with “Jesus,” it just depends on inflection and tone. It was a good joke for a long while and from time to time it resurfaces and begins again.

We are giving poetry a whirl.

We’ve had seasons with it and I guess it boils down to if it isn’t Shel Silverstein or some other silly rhymes I feel woefully inadequate to discuss it.  Then I heard a podcast of a homeschooling mom admitting she knew nothing about poetry but that it didn’t stop her from reading it with her kids simply to enjoy it. What a thought! She is a proponent of Charlotte Mason’s immersion theory – to read a poet’s work for a good chunk of time instead of an anthology of different authors.  Well, that seems to make sense, too.  As I mulled this all over a beautiful little red-covered book surfaced by a poet I don’t know but it just seemed to be providential. So without any fanfare or introduction I began reading “Rhymes of Childhood” by James Whitcomb Riley (print date 1900) after prayer each morning.

I just read the poem one morning then read it again the next.  On the third day I ask if anyone knows what it’s saying.

It’s so simple.  Why didn’t we figure this out sooner?

The first rhyme I read is titled Tommy-Smith.  When I finally asked if anyone had any ideas about it, I asked where Tommy-Smith is.

“In heaven?” someone said.

I agreed. How did they know?

Everyone began tossing out examples and then when they took a breath Lu piped up.

There was a half second of silence and then laughter and cheering and claps on the back.  Her brothers dabbed and announced her the winner. I immediately thought of Fr. Castor and his theory.  After all, there is 98.75% truth in it.  So Luce was right.  And the podcast lady was right, too, because if a 4 year old can hear poetry AND draw a straight line connection to what she knows, surely anyone can.