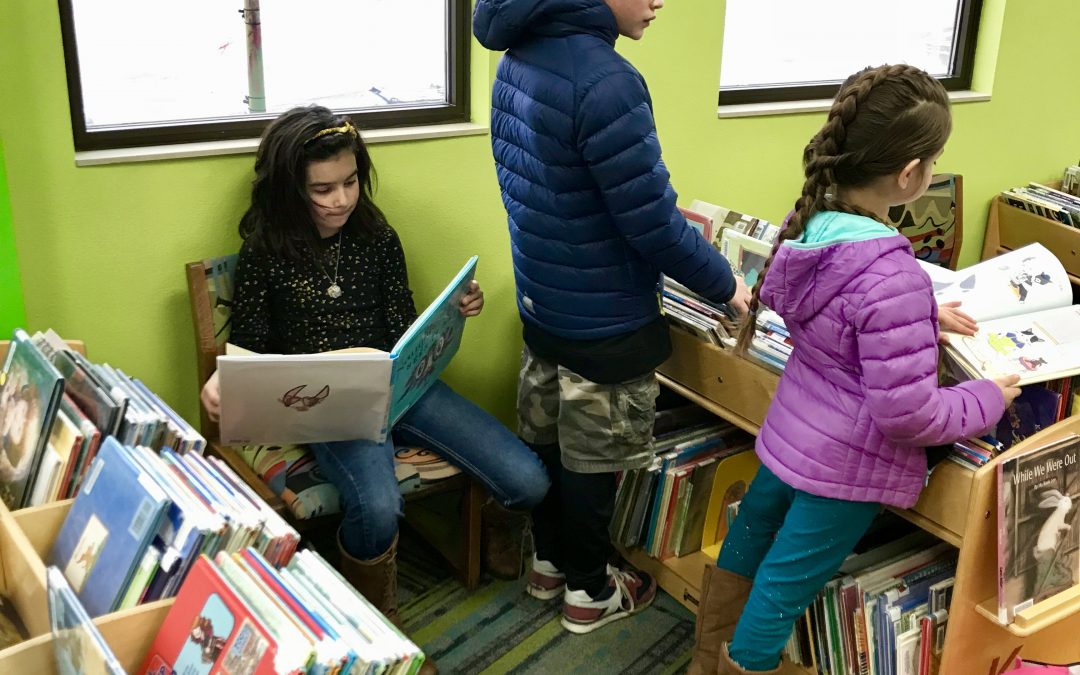 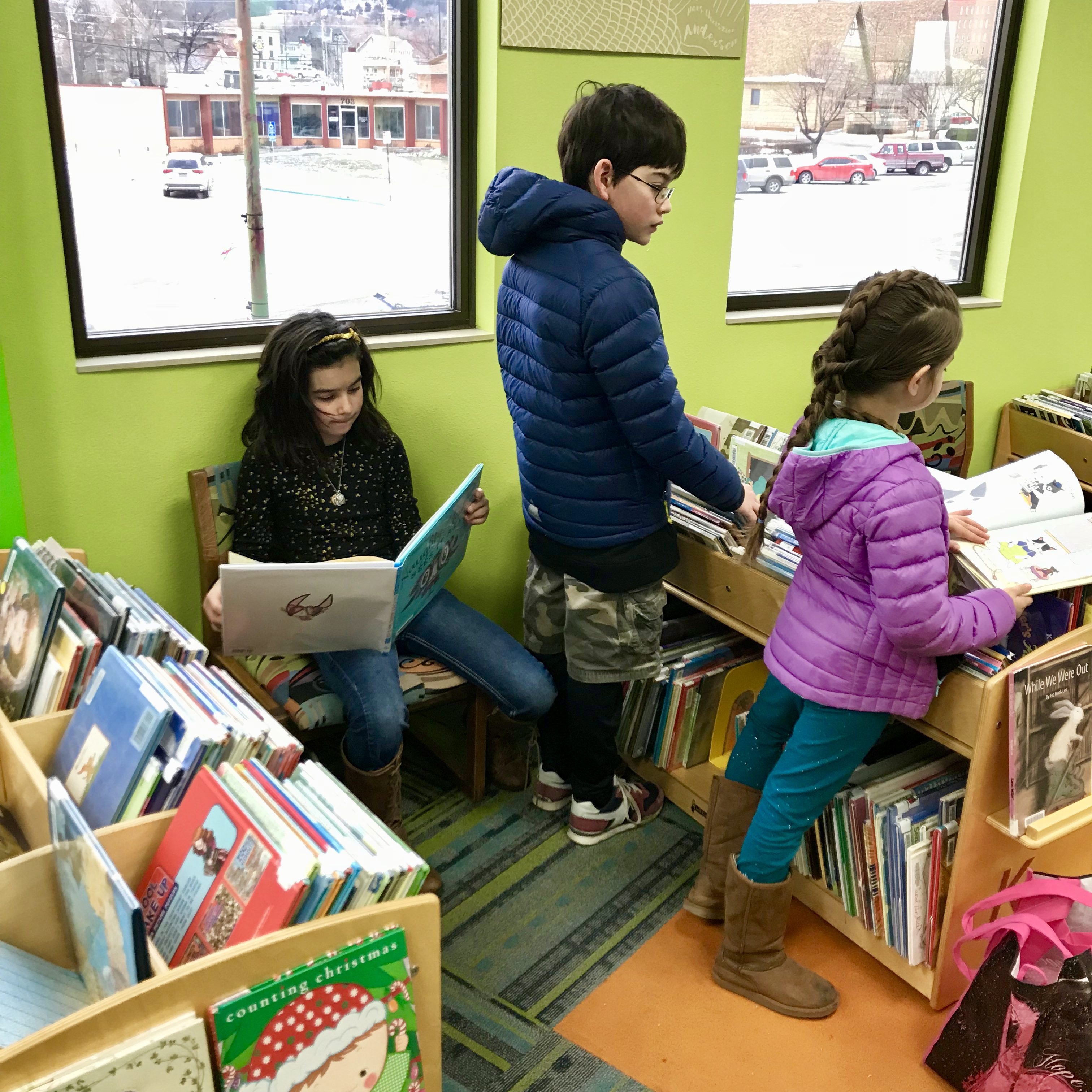 Will Wilder – The Relic of Perilous Falls – Raymond Aroyo

It feels mean and judge-y to admit it, but I am not a huge fan of EWTN’s head anchor Raymond Arroyo.  So when Jac announced this audio book for our trek to CA, I rolled my eyes. BUT IT WAS SO GOOD. The book is read by the author who is an absolute voice acting GENIUS.  We all missed sleep to listen to yet another chapter over and over.  Engaging, smart, slightly scary -it’s good stuff.

Again, it feels mean to say it but we were not huge fans.  We heard and read great reviews from all fronts but we felt like the pacing was off.  We listened to an audio version of this one, too, so maybe it was the reader but it all felt breathless and on the verge of death and destruction which is slightly exhausting.

This is one of Mama Syd’s favorite books yet she never read it to me.  And it was held in such esteem and as a “big” book so much to me that I never tackled it.  It was great to wade into it together with the kids.  The skeptical boys, put off by the title, quickly became the most ardent fans.  We laughed and held our breaths and yes, cried.  Philip and Ellie comforted each other with Beth’s first brush of sickness, “I mean, she’s a major character.  She won’t let her die.” And then when she DID  . . . “WHAT?!  Beth DIES?!” I think we all came away with solid That’s-not-how-I-would’ve-done-it feelings in the end but were satisfied nonetheless.  I was so excited to announce STM’s fall production of the work and the girls screamed in joy as expected but Philip flipped out in panic (“Nothing’s ever as good as the book!). Max was silent and serious.  When I pressed him he growled, “They better not mess up Jo.” Highest praise from a 14 yr old.

Will Wilder – The Lost Staff of Wonders – Raymond Arroyo

We listened to the first book a total of 3 times while waiting for the audio book of the second to be released.  We downloaded it the day it came out and proceeded to listen to it all in 24 hours only to start it again when it was over.  They LOVE these books and I like the drama of the reading and subtle biblical and moral lessons.  The characters are flawed and make poor choices like any of us do and that relatability makes them loveable. I also like that the author is writing these stories for his kids.

God bless my public school education but the number of “classics” I was read and exposed to at school was seriously deficient.  As I read Johnny Tremain I questioned what made my middle school lit teacher choose Secrets of the Shopping Mall as required reading over this gem.  We were in the midst of studying the War of American Independence so this was a perfect fit. The hero of the story is sympathetic but prideful and his fall from grace hurt everyone.  Set in the midst of war and upheaval and really just at the beginning of the conflict, it gives a great image of life in the colonies, the mixed feelings of the colonists and the consequences of choosing sides.  Famous figures make small appearances and it was a perfect partner for our history studies.

When the Sea Turned to Silver – Grace Lin

We read aloud another book by the same author the year before so when I saw this one at the library, we knew we’d like it.  She weaves traditional Chinese folk tales into a more accessible story.  Because it is based on fol tales and fables, the kids can often see what’s coming, shouting, “Dont go that way!  It’s a trap!” as we read.  Moments of real sadness are interlaced with laugh-out-loud humor and in the end, the author always has a surprising twist that leaves the readers with slack-jawed shock.  As a read aloud, it flows nicely and is enjoyable to pick up.

I heard an interview with the author and decided to give these a listen.  They are not in our short list of genres we usually go for being set in a post apocalyptic earth that has been taken over by dinosaurs and told in the present first person.  If I had asked the kids if they wanted to listen based on the description, they would have refused.  Instead, I just started it.  It is very scary and suspenseful and, as noted by the kids, features a good deal of vomiting and gagging.  But they enjoyed the first one enough to ask for the second one right away and gave both a second listen.  It inspired Philip to do more research on dinosaurs and gave Ellie nightmares so, there you have it.

The Wingfeather Saga – Andrew Peterson     On the Edge of the Dark Sea of Darkness, North or Be Eaten, The Monster in the Hollows, The Warden and the Wolf King

Our October, November and December was taken up by this amazing series.  Like I noted before, I attempted the first book in June and the boys laughed it out of the house.  Our second go was met with immediate interest and they would sit quiet and spellbound for hours.  The author also wrote these stories for his children and they greatly helped to shape the characters and the story.  He admits to writing in the style of Lewis and Tolkein (definitely our cup of tea) and manages to master his own voice.  We’ve learned that fantasy can feel forced and trite especially when trying to emulate the greats. But Peterson does it beautifully, tailoring the story to his voice instead of attempting to wear someone else and getting lost in their coat.  The story about 3 siblings, the love – and annoyance – they have for one another, them discovering who they really are and learning they each have a call and can do hard things . . . it’s just so great.  We listened to the first two books read by a talented Englishman which was helpful for pronunciation. But the last two books are read by the author (which I usually prefer) and the kids insisted I take over reading.  Here, too, we laughed and reread sections, retelling bits and pieces, and cried over and over.  The ending no one could have predicted and we spent a few days just gutted and at loose ends when it was over.  “This is a terrible feeling!” Ellie said. “Can’t we start another read aloud right away? What am I supposed to do with myself?” When a book or books rock you like that, that’s when you know they’re good.  Highly recommended though there is violence, death, and a good deal of “creepy.” If your kids have read Lord of the Rings or need a step up into it, this is the series.

So there you have it, our 2017 list.  We’ve just finished our 3rd book for this year and are currently in the market for our next read aloud.  Taking suggestions!