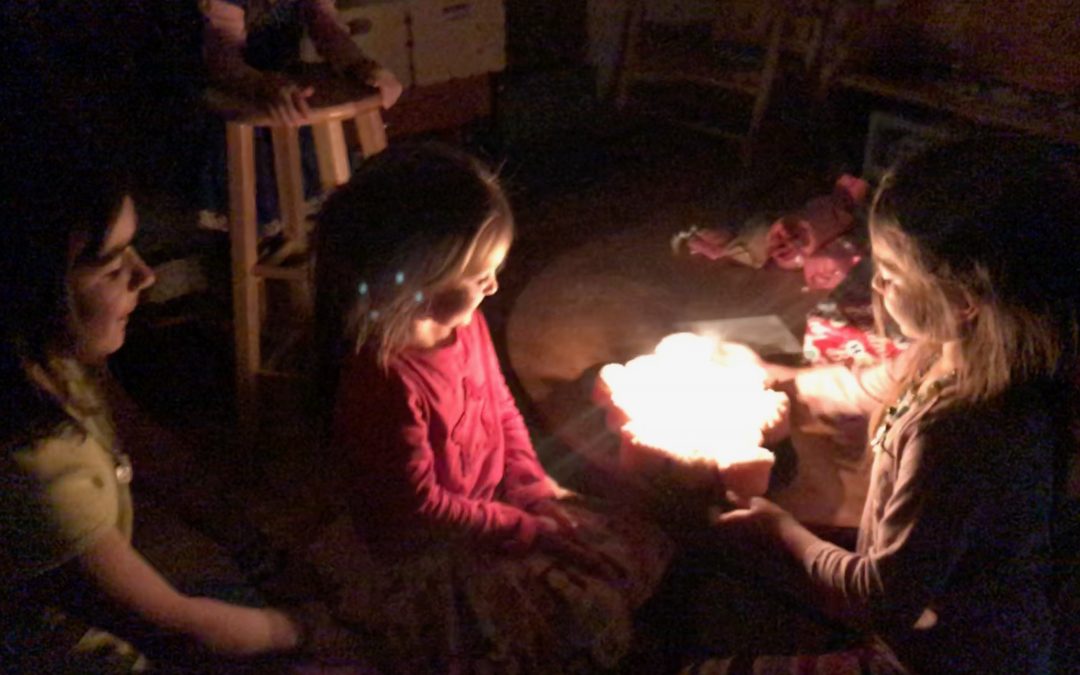 Lu was as excited for her birthday as any soon-to-be-four-year-old is.  For the month leading up to it she asked nearly every day, “Is today tomorrow?” She’s still sorting it out.

I heard her the morning of the big day telling Penny, “I’m a big kid now because it’s my birthday.” Yes, I got misty eyed and no, I don’t think it was hormone related.  But how big didn’t really matter.  Later in the day someone asked her how old she was now and she skipped right over the question.  We reviewed – she was 3 but now she was 4.  Four fingers were held up and counted for effect.

She had requested ” Cupcakes.” When pressed for other gift ideas she said, “A rainbow dress with rainbows on it, rainbow shoes, a rainbow crown, and a rainbow necklace.  ALL the rainbows.” She was satisfied with the strawberry cupcakes and the princess dresses she received.  She was excited with her singing birthday card from Susan and her card from her godmother.

The full wonder of her godmother’s gift – a cd – wasn’t realized until the next day.  Our soundtrack swiftly became “All Disney, All The Time.” Soon they were belting out songs from films they’ve never seen, asking me about the finer details of story lines and clarifying lyrics.

Most of the time.

Lucy, with her characteristic zeal, has her own interpretations.

“Gravy and LIIIIIIIIIIIIGHTS!” Which is ‘Arabian Nights’ from Aladdin, clearly.

We’re hoping it’s a long while before she outgrows this stage. 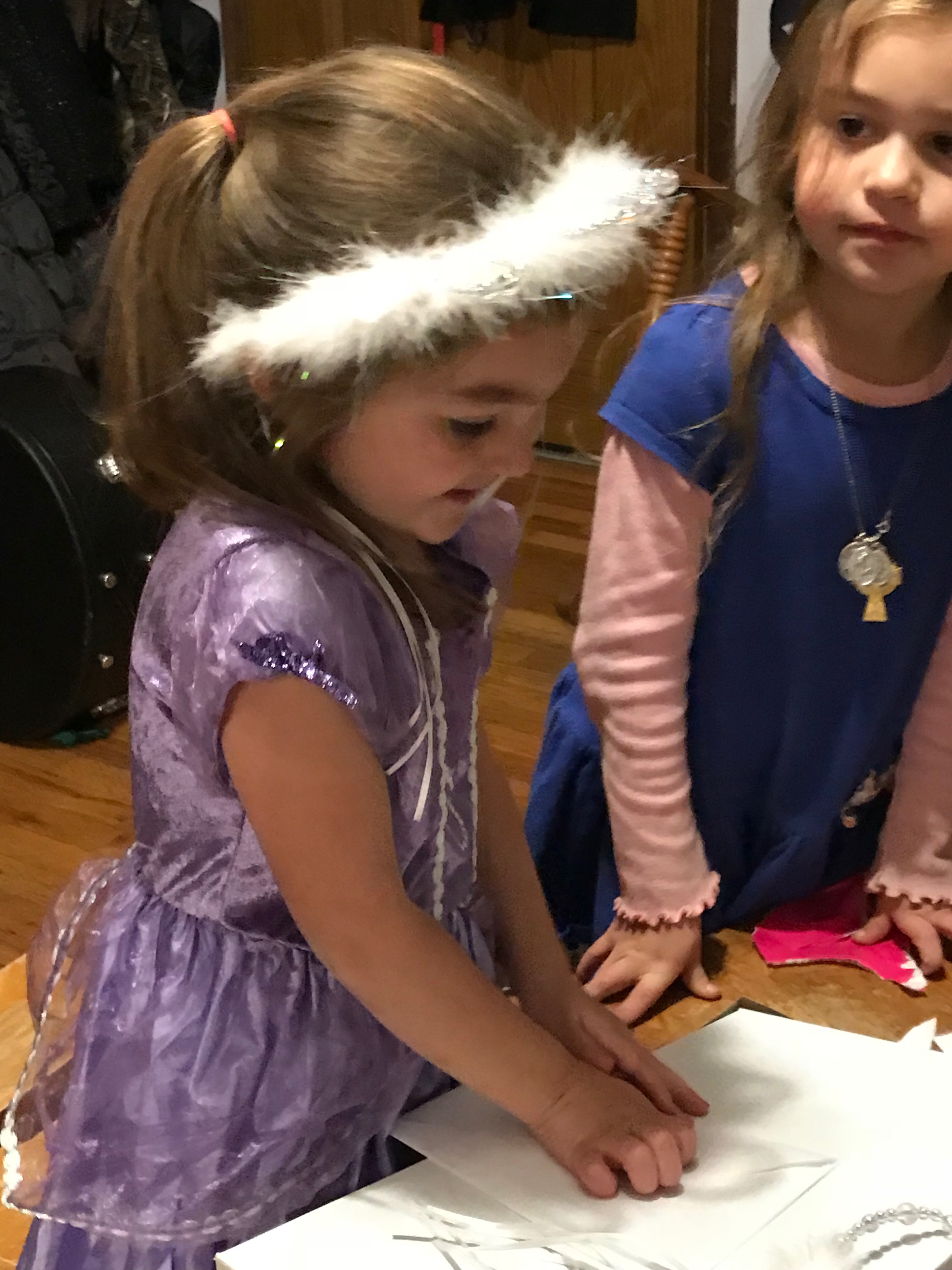