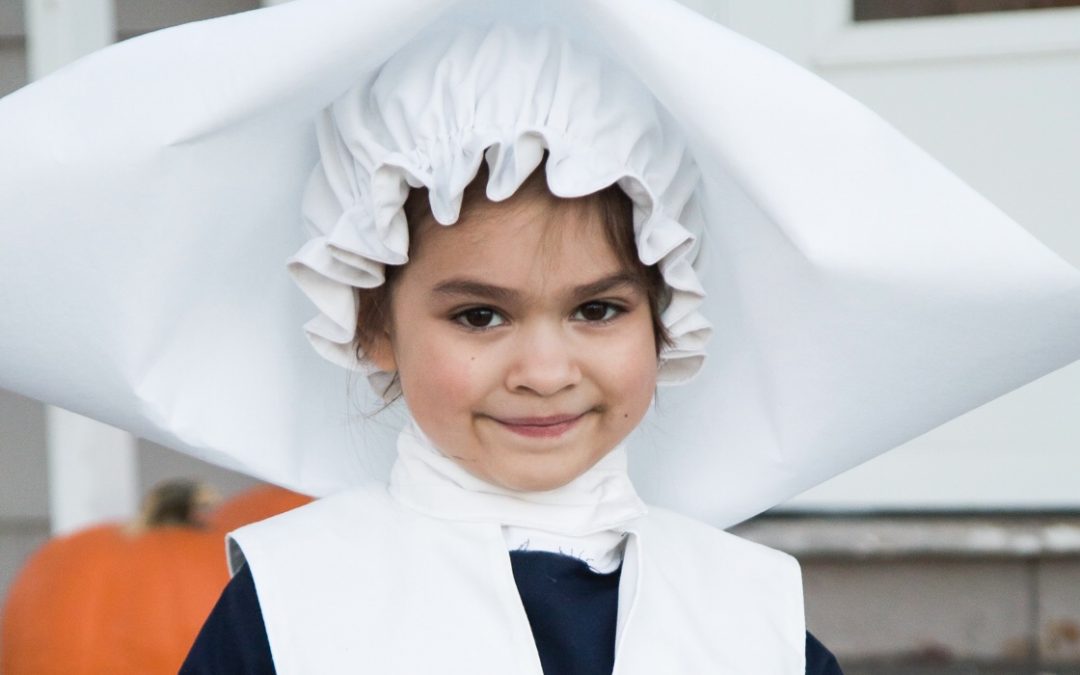 As surely as the changing of the leaves and the turning of the calendar, I am reminded that we have entered into the seasons of All Saints costumes. Lord help us.  I mean, Yay!! 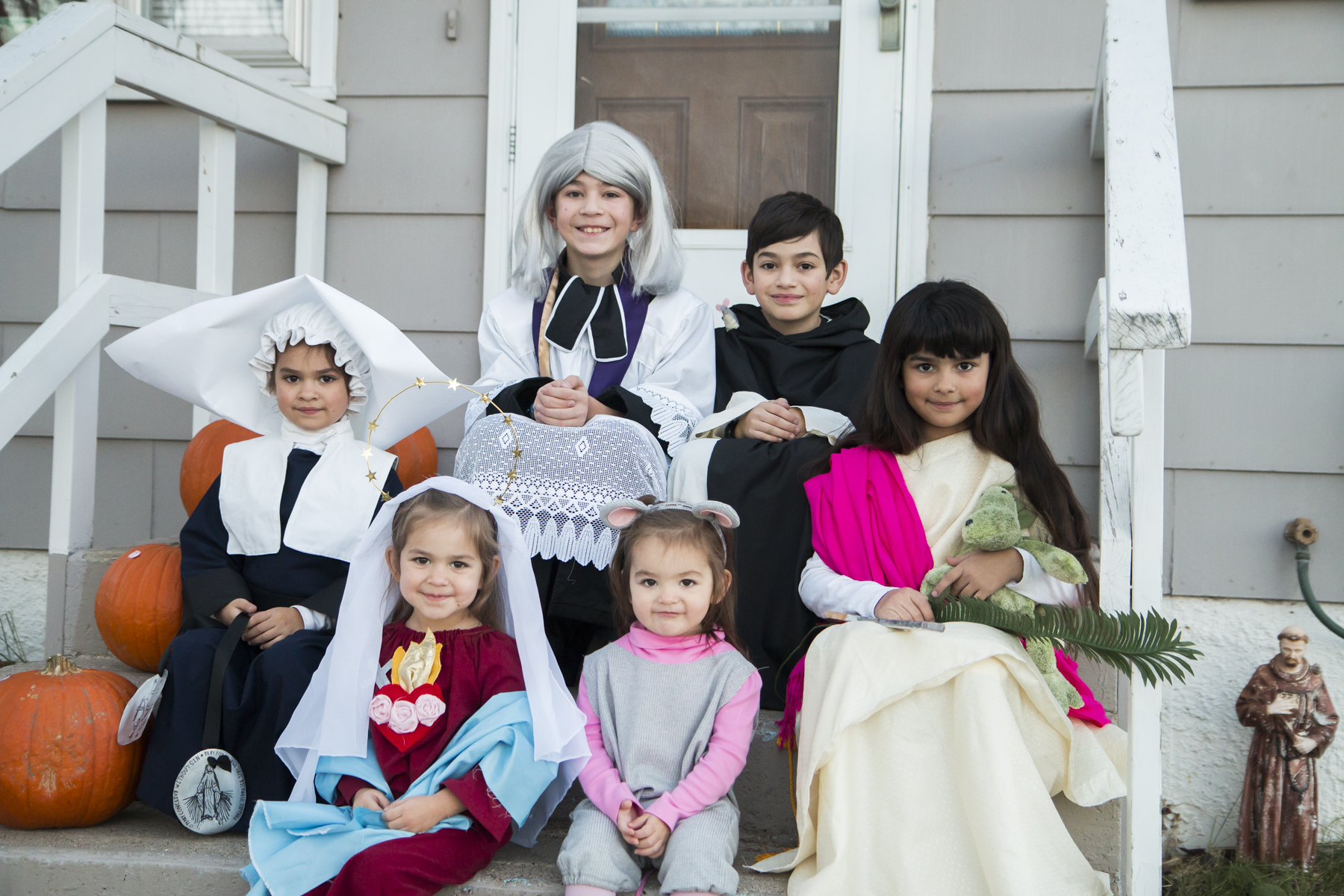 While some in our midst have had their minds made up for months, others are still in the vetting process.  Penny is hotly sought after as an accessory (she has been deemed a cat for one purpose and a cow for another.  Yet another sibling thinks she should be a bear.  Oh, the choices!).

Thankfully, Ellie has decided she will be someone we already have a costume for. I like to think that she is doing this as a thank you for that year she was St. Catherine Laboure and I fretted over that coronet.  I was reminded of this fact by a request from a friend for the instructions of said head piece.  So it was dug out of storage, a little worse for wear and measurements taken, deep recesses of my brain searched for how it went together.

Below is a rough tutorial for making your very own St. Catherine of Laboure coronet in the event there are other mothers somewhere, curled into a fetal position, nursing an Irish coffee and wishing it was Advent already.  I got you, ladies.  I got you!

1 yard white fabric (I used scrap Kona cotton.  Something very light weight)
1 yard Extra Heavy/Stiff Fusible Interfacing   **If you are unfamiliar with the insides of your local fabric store, find a lady wearing an apron or smock and inquire where you might find their heaviest fusible interfacing.  Ignore their rolling eyes and smile like you own the place.  You can buy a chocolate at check out as a reward for surviving.  Make sure they give you some of the instructions from the roll about how to apply said interfacing.
White Thread
Hand sewing needle
Optional – Heavy starch    I thought I had used this at the end of the process but I remember now that I decided that since Ellie is sensitive to smells, it wasn’t a good idea.

For the coronet I made to fit a 6 year old (probably works for ages 5-10) I used the following measurements:

With the wrong side of your rectangle facing up and the long side facing you, fold down along the top long edge 1.75″. Press (with an iron) the fold so it is crisp. 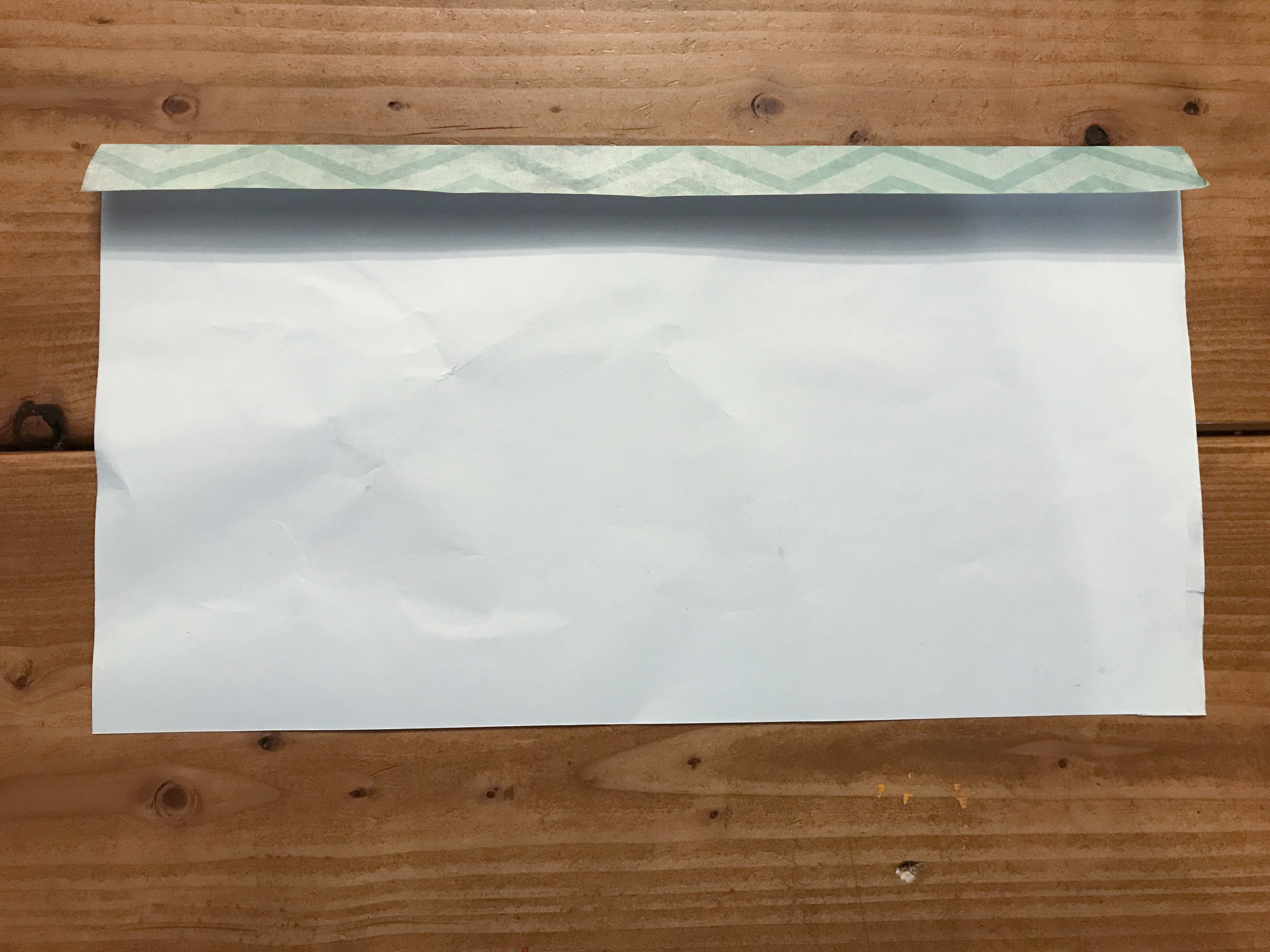 Turn the rectangle over so the right side is facing up and the long, unfolded side is closes to you.  Now you will fold in the sides.  These will have to be at an angle with the fold starting along the first folded edge measuring 4.25″ and tapering down to the unfolded edge to be a fold 2.25″ deep. Do this fold on both short sides.  Press to make the fold crisp. 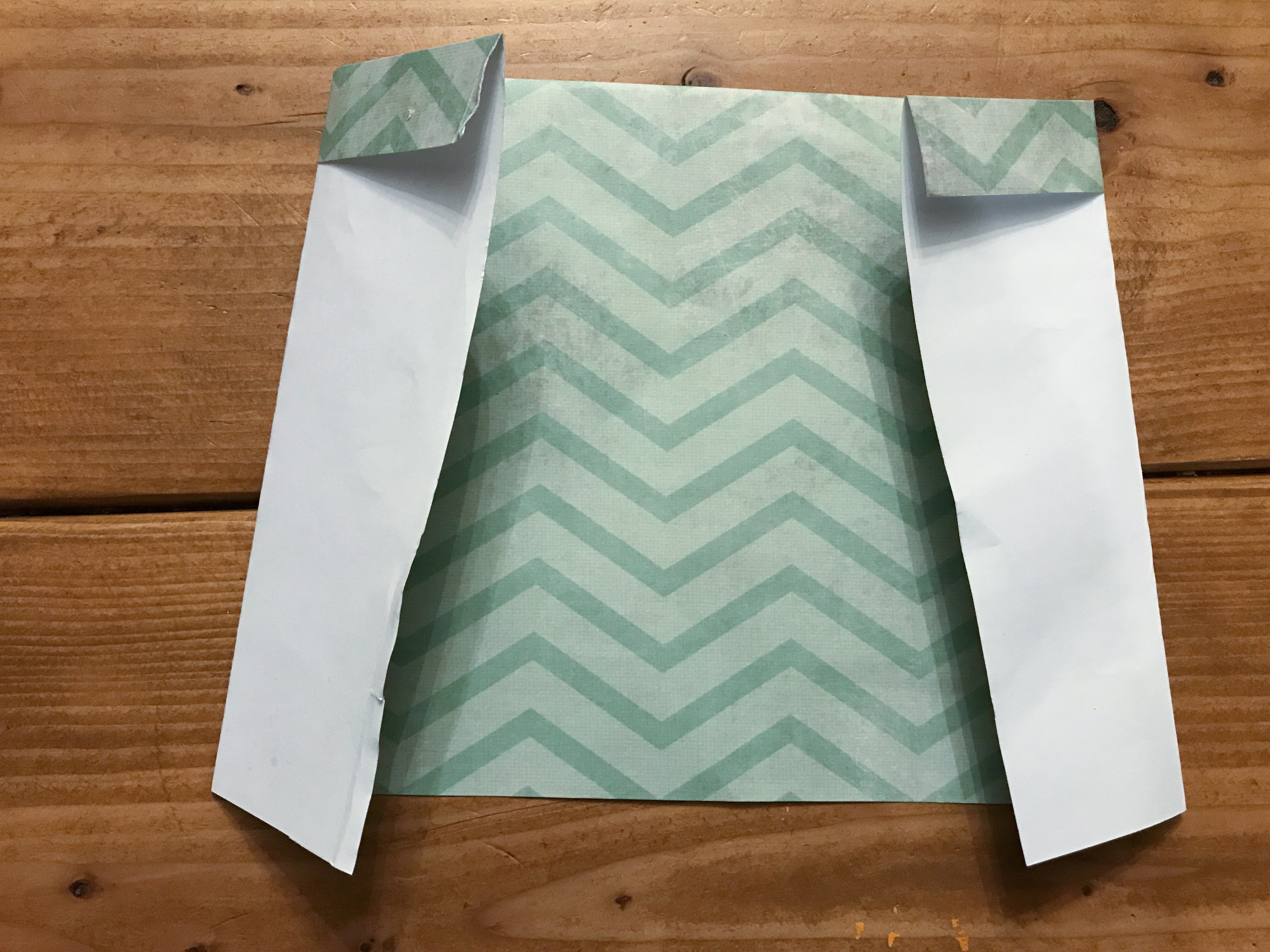 The next fold is a little tricky, but the fabric is forgiving.  With the right side up and the unfolded long side closest to you, you will fold that edge up3.25-3.75″.  If it can be the narrower width in the center and deeper towards the ends that’s best.  If not, close enough!  If you look at the below pic of El, you see it isn’t pressed but just loosely folded.  I pressed it flat in my paper model.  If you want you press the fold, do it. 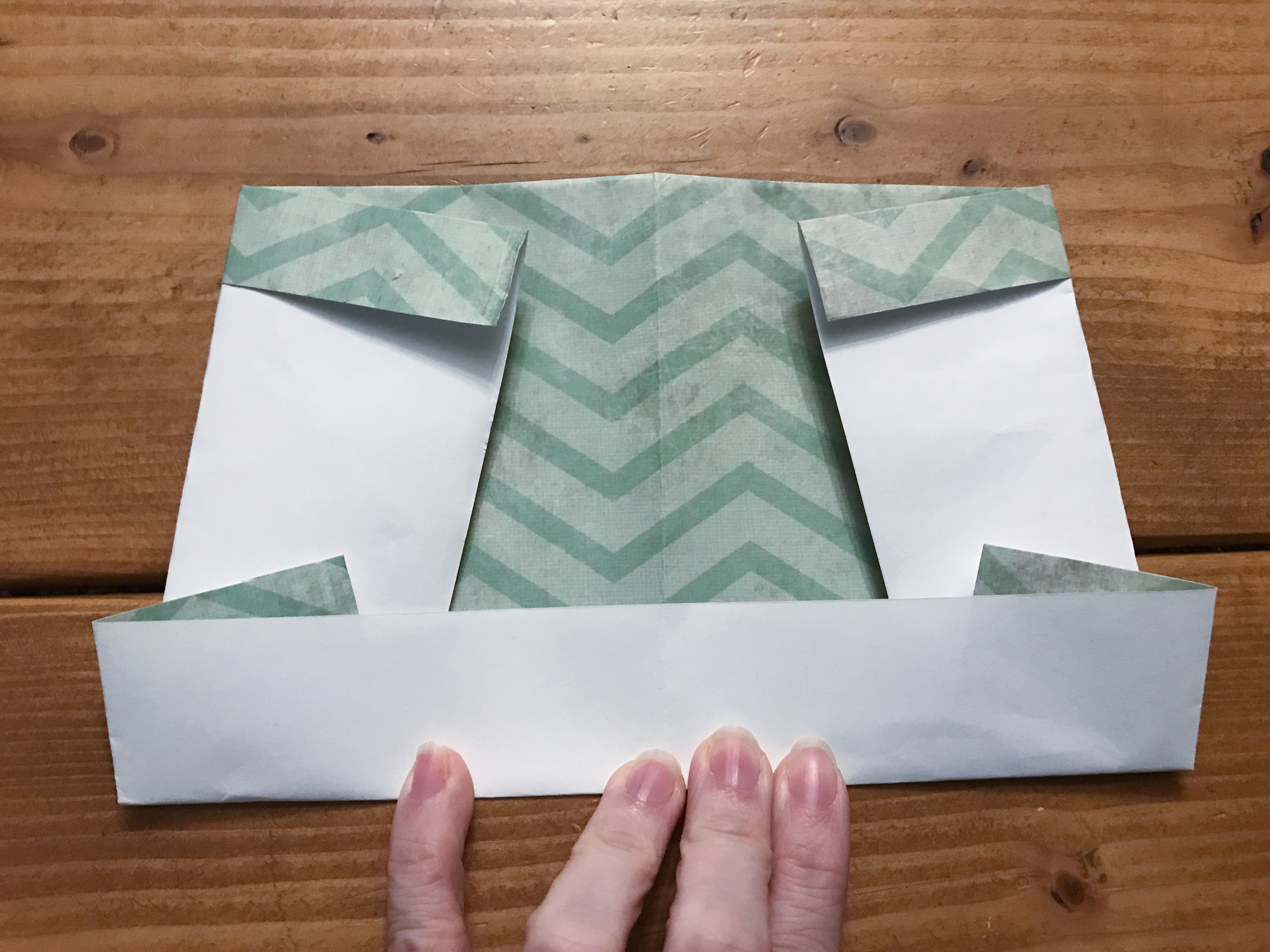 Now, turn the piece over so that the wrong side is up.  Fold in half, “like a hamburger,” so that the short edges meet.  Press this fold as well. 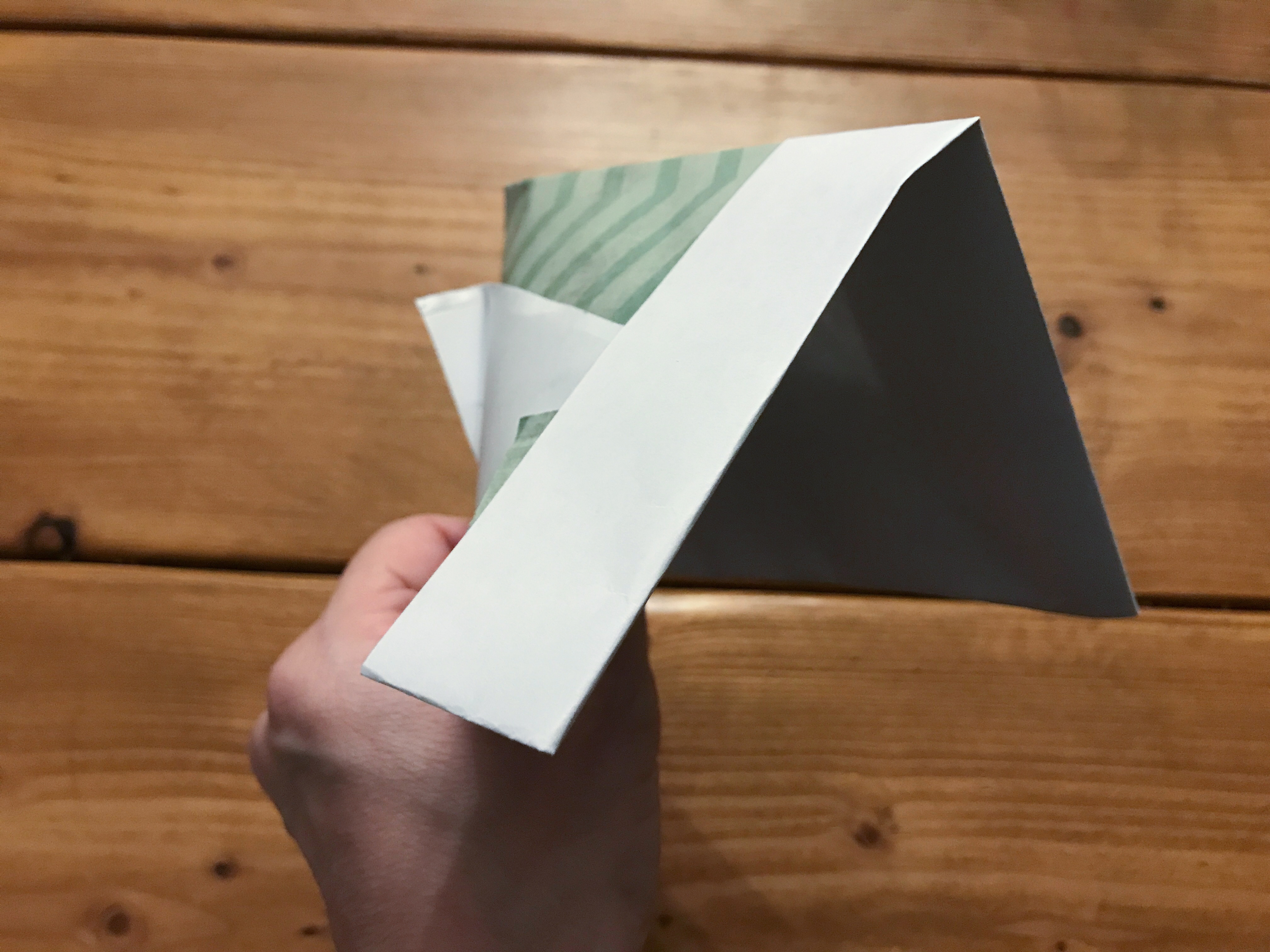 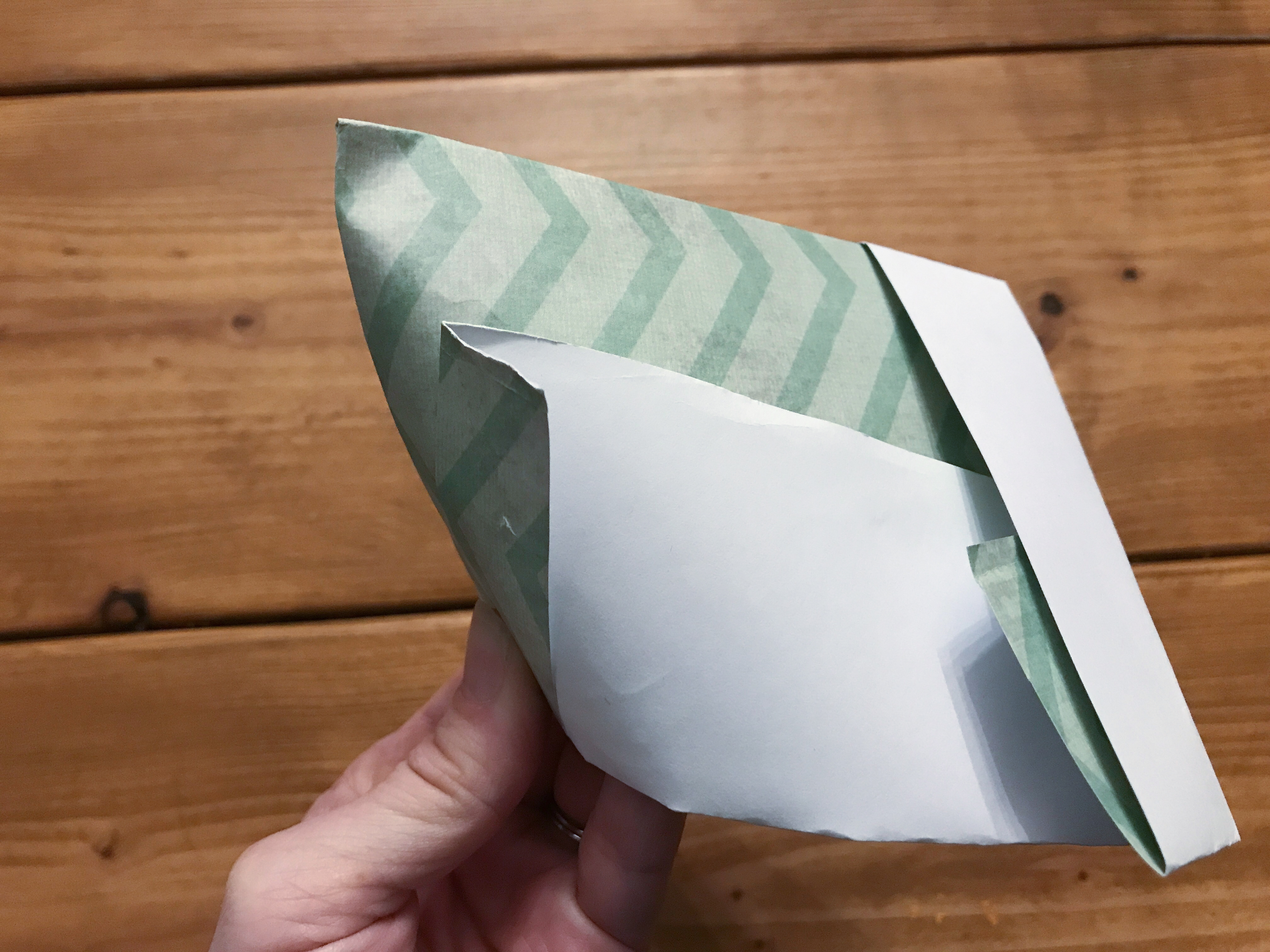 The last fold you made, in half, is the top of the coronet.  The long, deep fold is the front.  To finish the headpiece, overlap the folded pieces that lie opposite from the front and center fold.  Over lap by 1.5-2″.  With a few whip stitches along that 4″ or so, attach the overlap together.  If you so wish, press again using heavy starch. 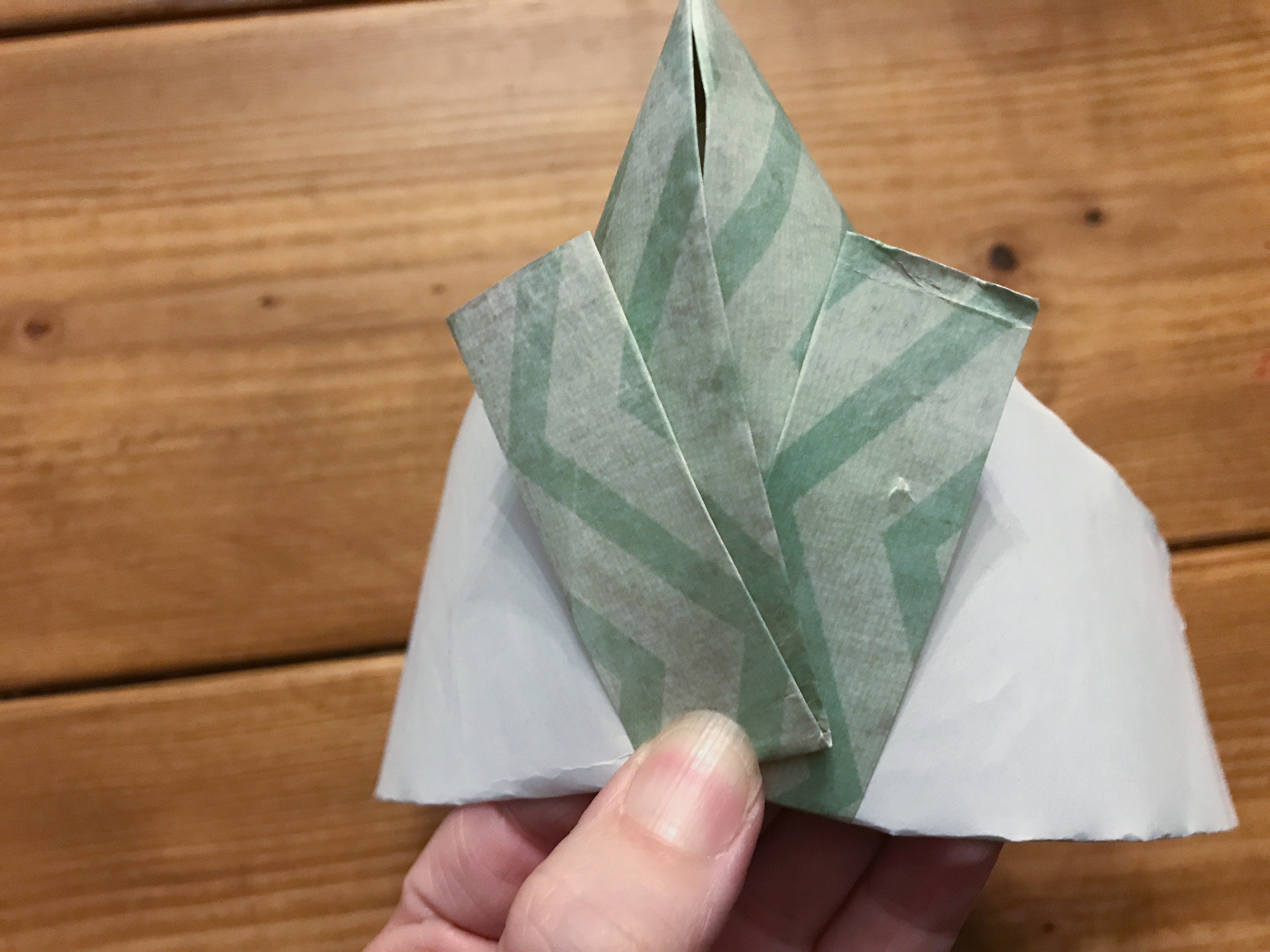 And there you have it!  Your coronet is finished! 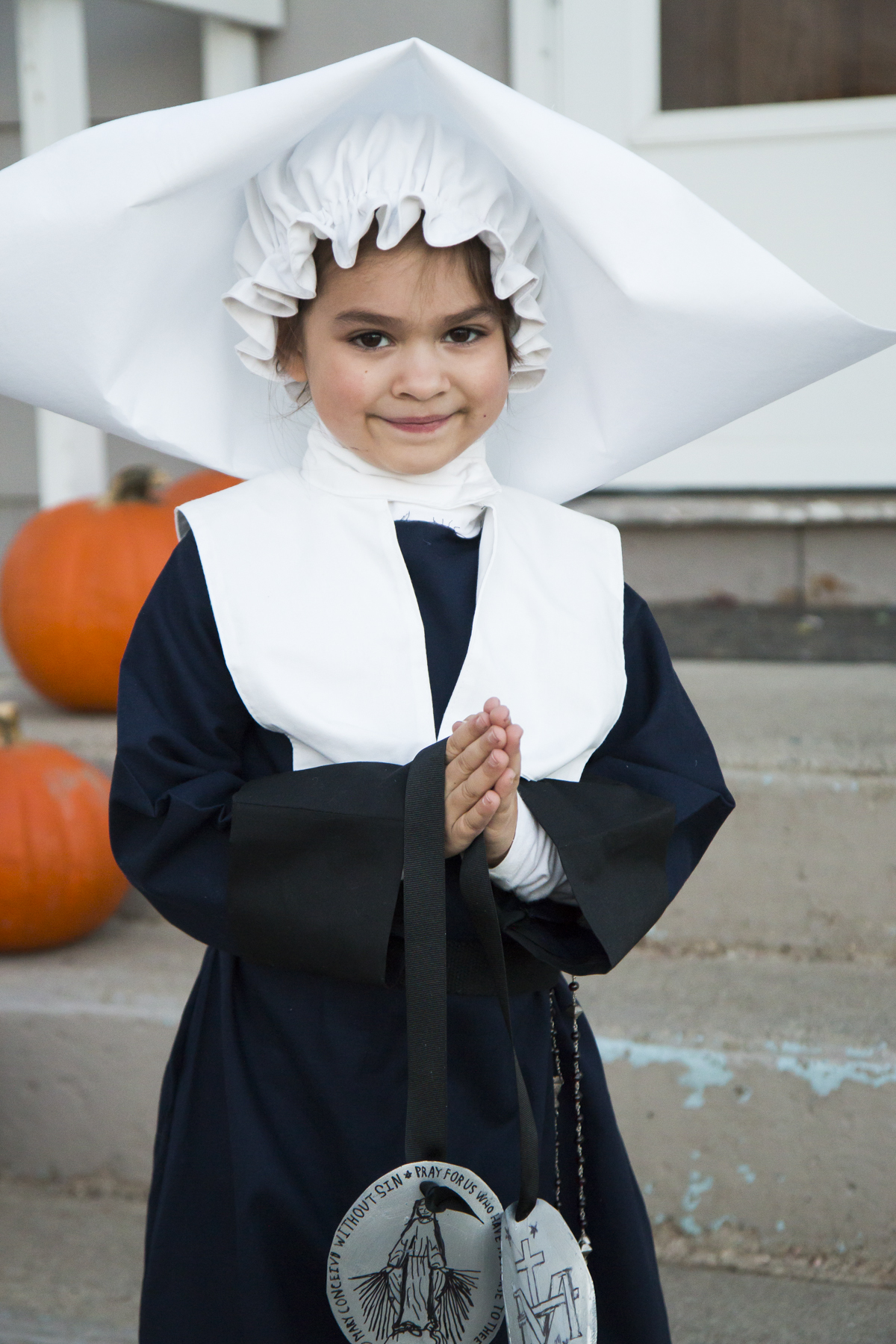 To wear, we placed a mobcap underneath.  It appears to be as close to what St. Catherine’s sisters wore.  The following tutorial is a good one:

Place the coronet atop the mobcap.  Using straight pins, pin the coronet to the mobcap, securing it in place.  Even better if you can get some hair (but not scalp!!!) pinned in the process.  This is how actual sisters help keep veils in place.  Which reminds me- if you have actual sisters at your disposal, ask all sorts of questions about their habits and veils – it will be so helpful!

If you have questions, leave a comment and I’ll do my best to clarify.  It’s only fair, no one should go through this alone.  And post pics of your glorious achievements (and maybe the liquid courage it helped to get you there!).  Happy crafting! 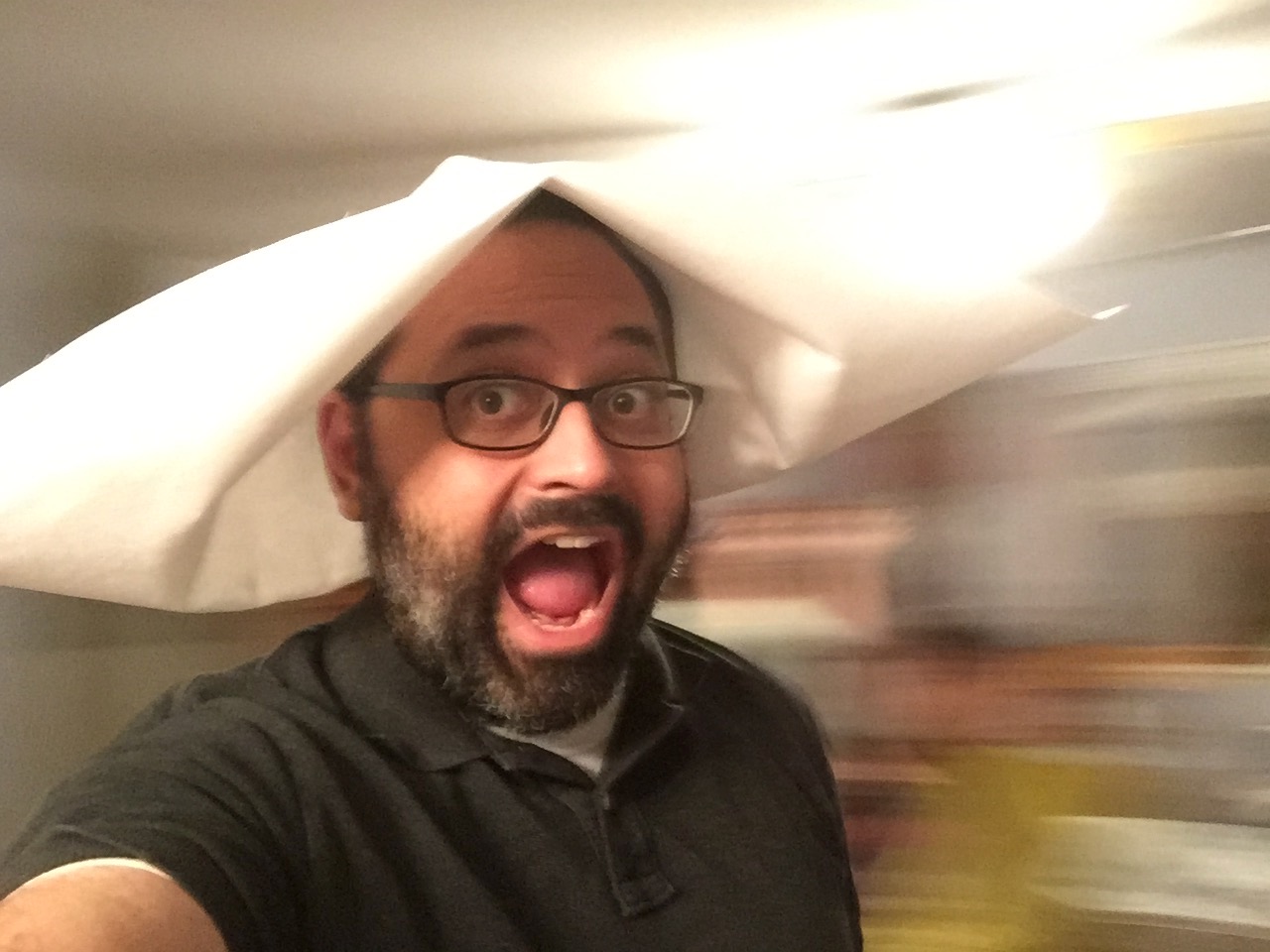