All Fun and Games 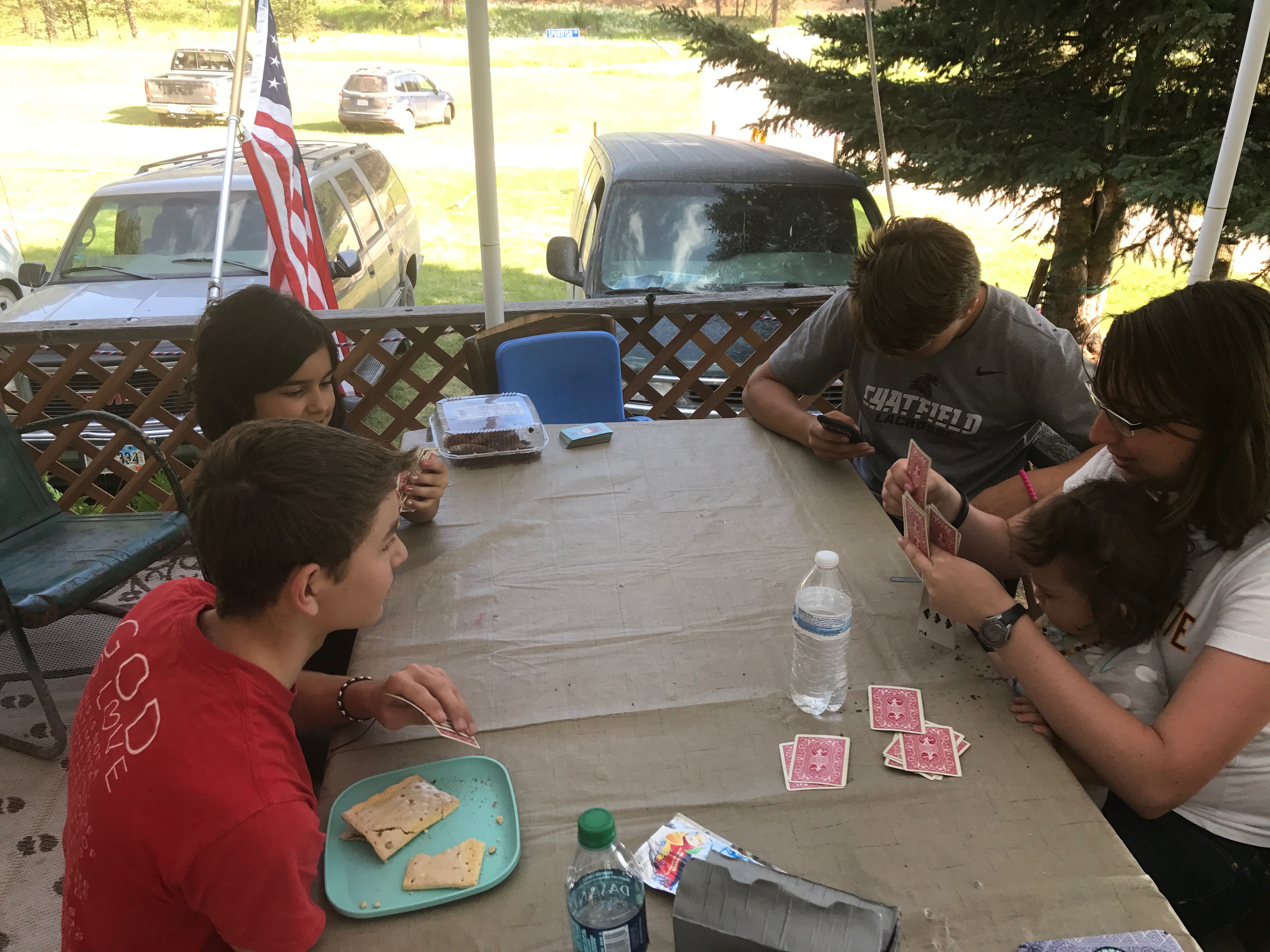 The kids like to play a game that might be called, “Catch Phrase.” Not that Catch Phrase.  No, this is naming a person they know (or pretend they know.  Like a cartoon character. #homeschoolweirdies) and then trying to list their catchphrases. It’s entertaining until they come to me because, well, let’s be honest, I say some crazy things.  And while I’m “okay” with what I say in the moment, I don’t want some of these things to be handed down to my posterity for ages. Even my kids know that their great-great-grandma Crawford would hook a finger and say, “Say now . . .” Or that Uncle Billy is where “Smells like money!” (about cow poop. Ew.) came from.  Let us not have “You’re driving me to drink!” “Holy crap, you guys!” “I will cut you!” or “Take it naked bacon!” be the enduring thoughts from me.

For example, the older kids learned this summer that “It’s all fun and games until someone barfs.”

I think one of the highlights from Iron Creek 2017 was the Hannah and Landon visit.  While their folks flirted and frolicked in Hawaii for their 25th (Congrats Tom and Angie!) and their sister who-shall-not-be-named (“Why do you keep saying her name!? She is dead to us! She should be here!” Hannah kept exclaiming over the giggles of the girls) was responsible and working, the bookend Phalens made the trek for a long weekend. We were leaving as they were arriving, but upon our return, folks started to warm up to each other.  Really, it was our crew who took a little priming (again, #homeschoolweirdies) but after a bit they came around.  The littles were easily won over by Hannah’s offers to carry them or push them on swings.  But the bigger kids were bought with games.

First it was the jr edition of Ticket to Ride, which, if you have not played, is a great game. Easy enough for Gemma and fun enough for the adults.  Round after round was played with the laughter and yelling getting louder and louder.  Then came the cards.

Talk about posterity.  I remember as a second grader being tutored by a second cousin on how to play Canasta so that I’d know what was happening when the adults busted it out.  Not that I would play with them, but I could watch.  And the stories passed down about Grandma Crawford and her card games!  She would have loved the raucous hours those cousins spent together.

Generously, they let us all join in their reindeer games so we all took part.  Well, except for Papa Chris whose catchphrase might just be “Bah. Humbug!” No matter, as nothing seemed to dampen anyone’s spirits.  Not required summer reading. Not a campfire ban. Not even barf. And there was indeed barf.

The cousins and the oldest headed up one of the mountains on a particularly hot afternoon.  There was some tossing of cookies by Tess and while I’m sure it would have delivered her to death’s door with just about anyone else, with the cousins she returned smiling wanly.  Hannah cheerfully explained how when you barf on something, you own it so that mountain was now Tess Mountain.  This was followed by some sharing of puking stories and by the time the boys returned, folks were recovered well enough to play more games.

I’m telling you, it really was all fun and games until someone barfed.  Then there was more fun and games. There might be a new catchphrase in there . . .

Hannah and Landon, we are so very grateful and glad you guys made the trip and could visit.  Your relationship with one another was a great hope to us and a wonderful example to the kids.  Thank you for loving on them so well!  Next year, right?! 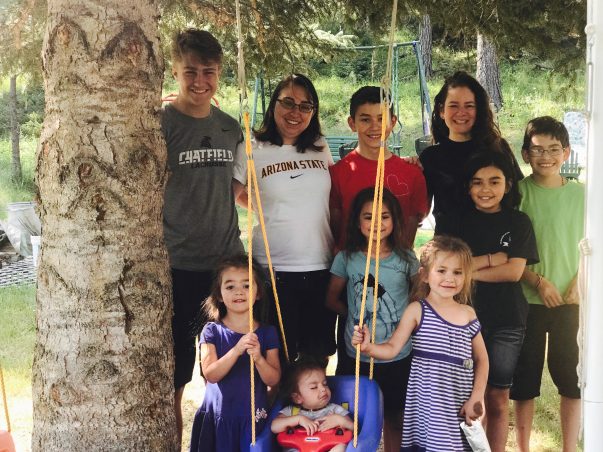 Below are links to games that were played. Try ’em out!  They probably won’t make anyone barf, but no guarantees!

Scumbags and Warlords (an import from Australia. Our cousins are cooler than yours.)