A month ago, Lucy turned three.

It was all she could talk about for weeks leading up to it. And heaven forbid anyone mentioned the word “birthday” as she would start to yell in an extremely territorial way, “It’s MY birthday!  MINE!”

She was very insistent about the whacking part. . .

We all trooped out to divide and conquer the extravaganza prep and riding in the cart, she was an empress inspecting her dominion.  EVERYTHING was on her wish list.  I wheeled her away from Jac and her siblings and each aisle we passed held some wonder for her.

“Look at that!  I need that for my birthday.”

“Mama! Those things are for my birthday!  Let’s get them!”

I made the mistake of wandering down the candy aisle in search of Runts (none could be found) and she locked in on the gum.

I laughed at her demanding tone but only because it was so shocking.

“Well, I called the hospible and they said I needed pink gum and you’re not giving it to me so. . .” She shook her head sadly and gave me a piteous and guilt inducing look. This kid, who hasn’t been to the hospital IN HER LIFE (not even to be born) was pulling the doctor as authority over me?  How did this happen?! 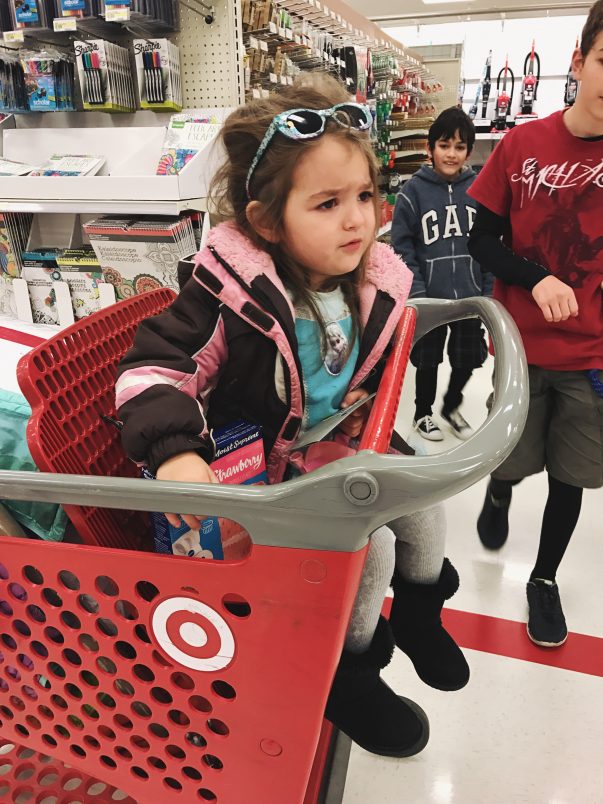 I pushed her through the home goods, figuring it was safe.  Instead, she gasped at the vacuums.

“Wow! These would be great for my birthday!” she gestured grandly with her arms. 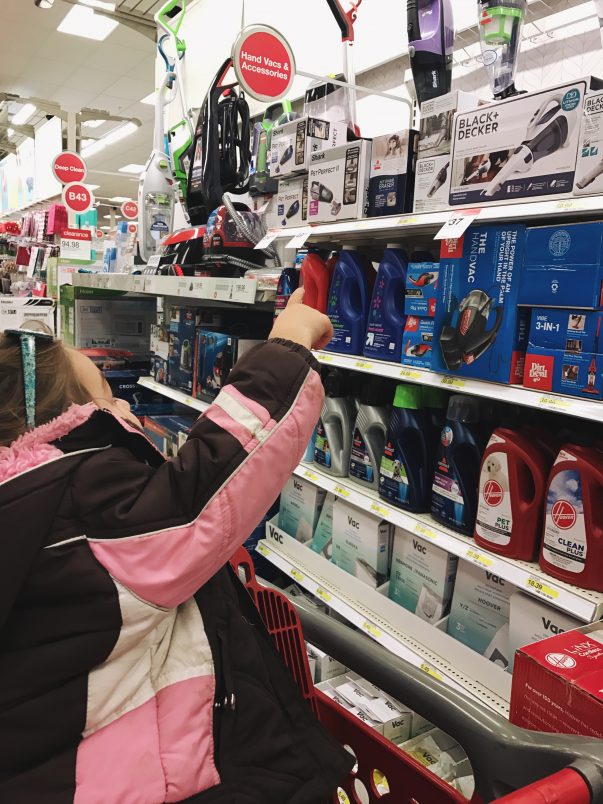 When we didn’t find a monkey (to whack) she admitted that a pirate ship could work just as well because while she is entitled, she is not unreasonable.

At least not about pinatas. 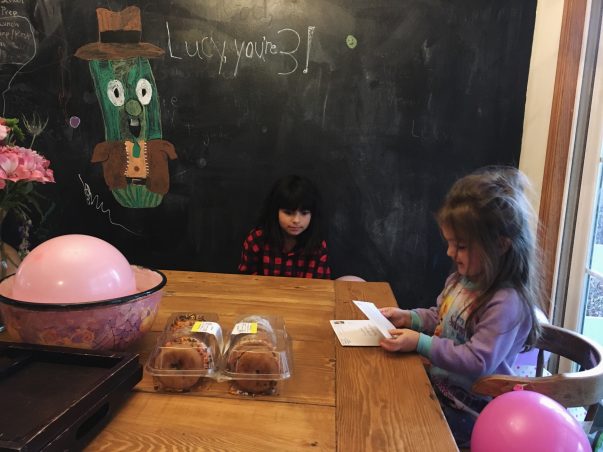 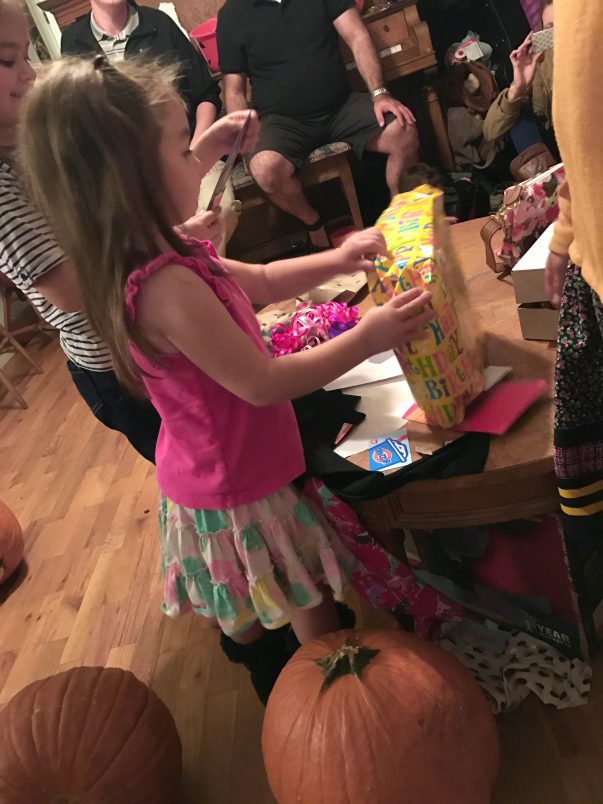 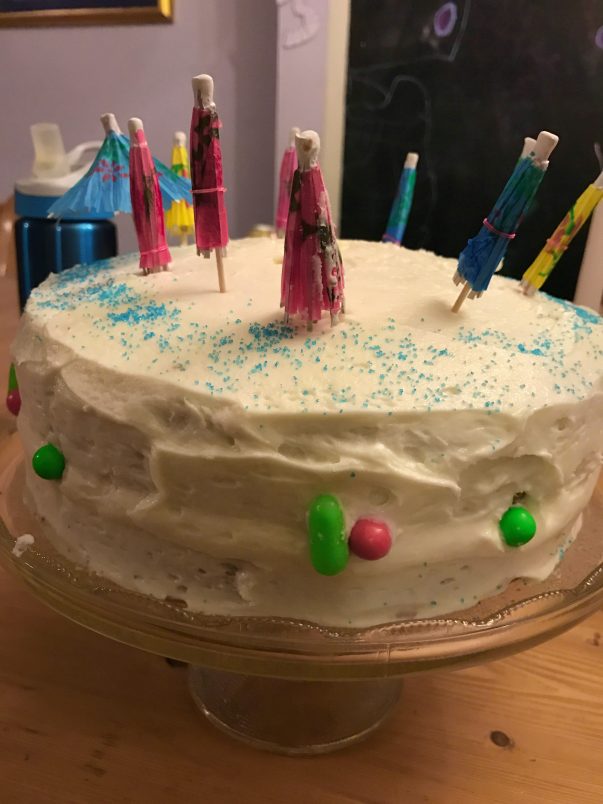 Her godparents came along with “Biliff” (Elizabeth) and Susan and Jordan who brought 16 pumpkins. 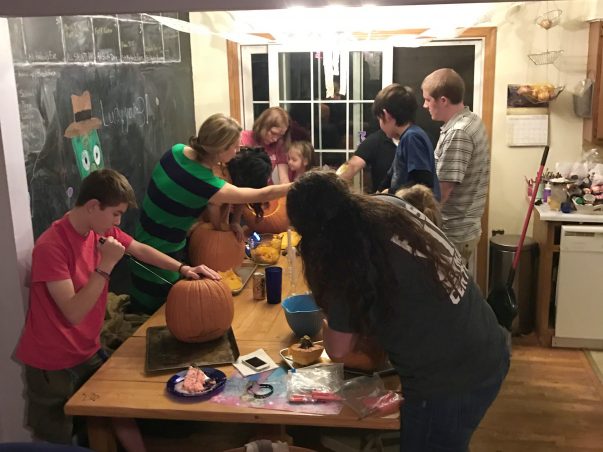 She balked at the thought of taking a knife to the pumpkins but then her mind was blown when she saw what a jack-o-lantern really was. so we gutted the gourds in her honor. She was embarassed by the demand she skip around the room even though she had practiced that part for a week. But she soaked up the celebratory feel of the night and turned three without a hitch. 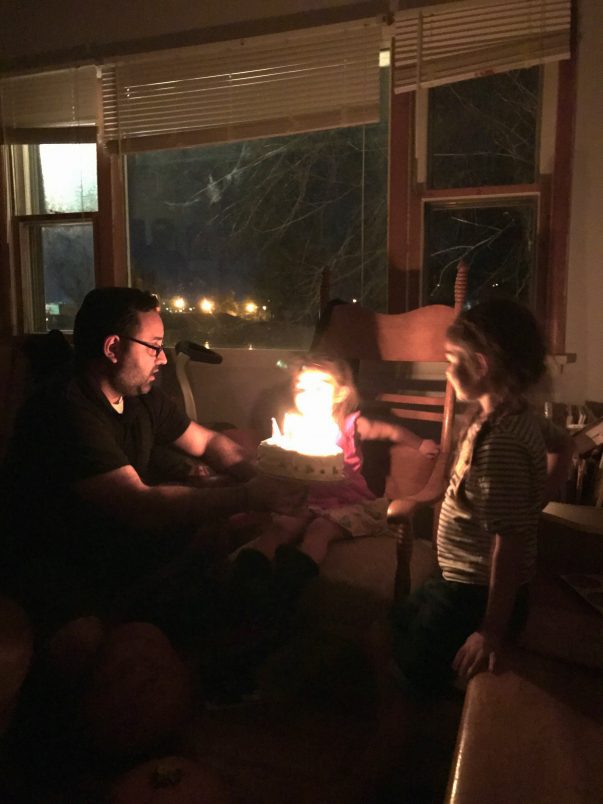