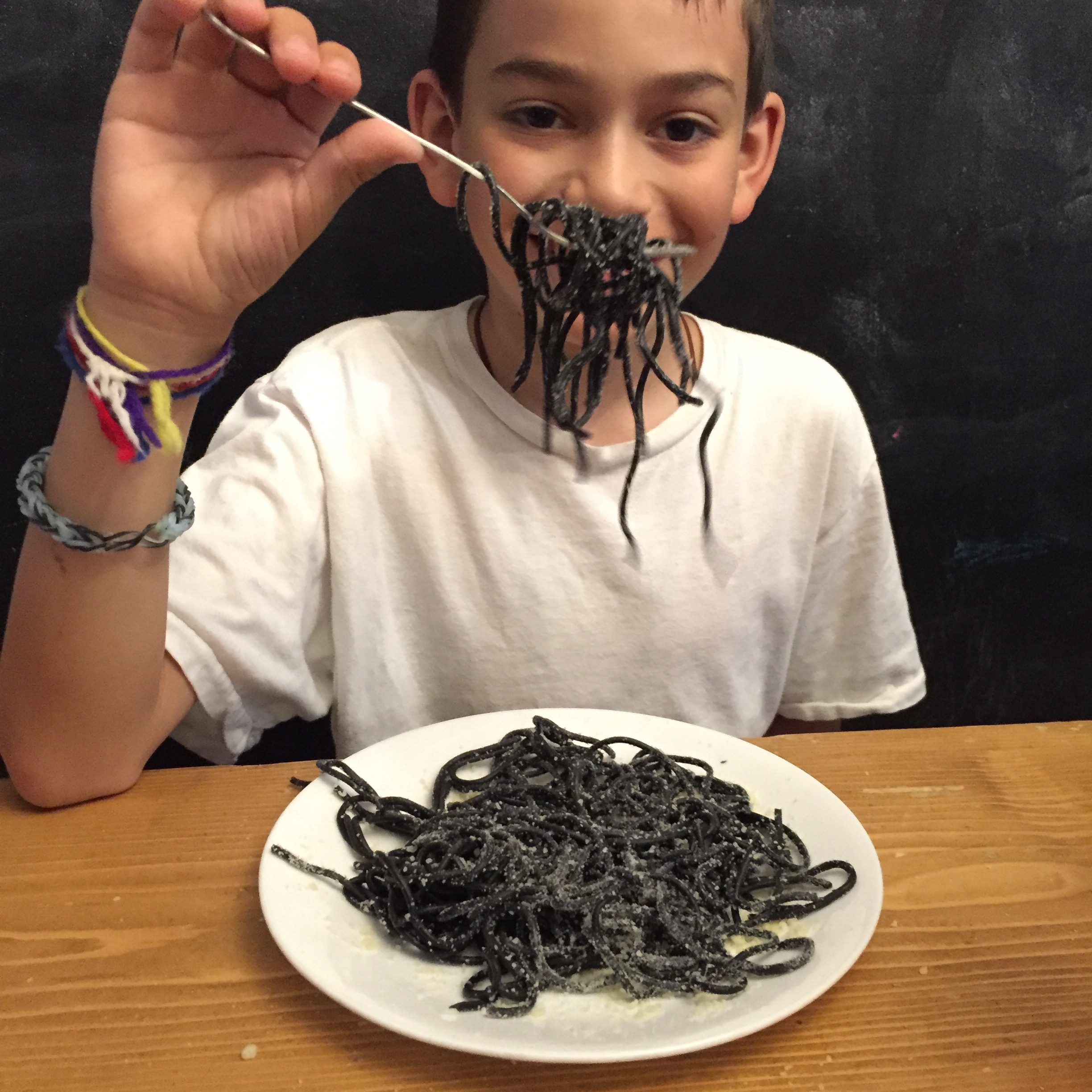 He is –by far– the pickiest eater we’ve got. He’s gotten to the point where he doesn’t even complain on the nights when he eats only corn. Or rice. Or bread. He also tanks up on the meals he likes so I figure it all evens out. 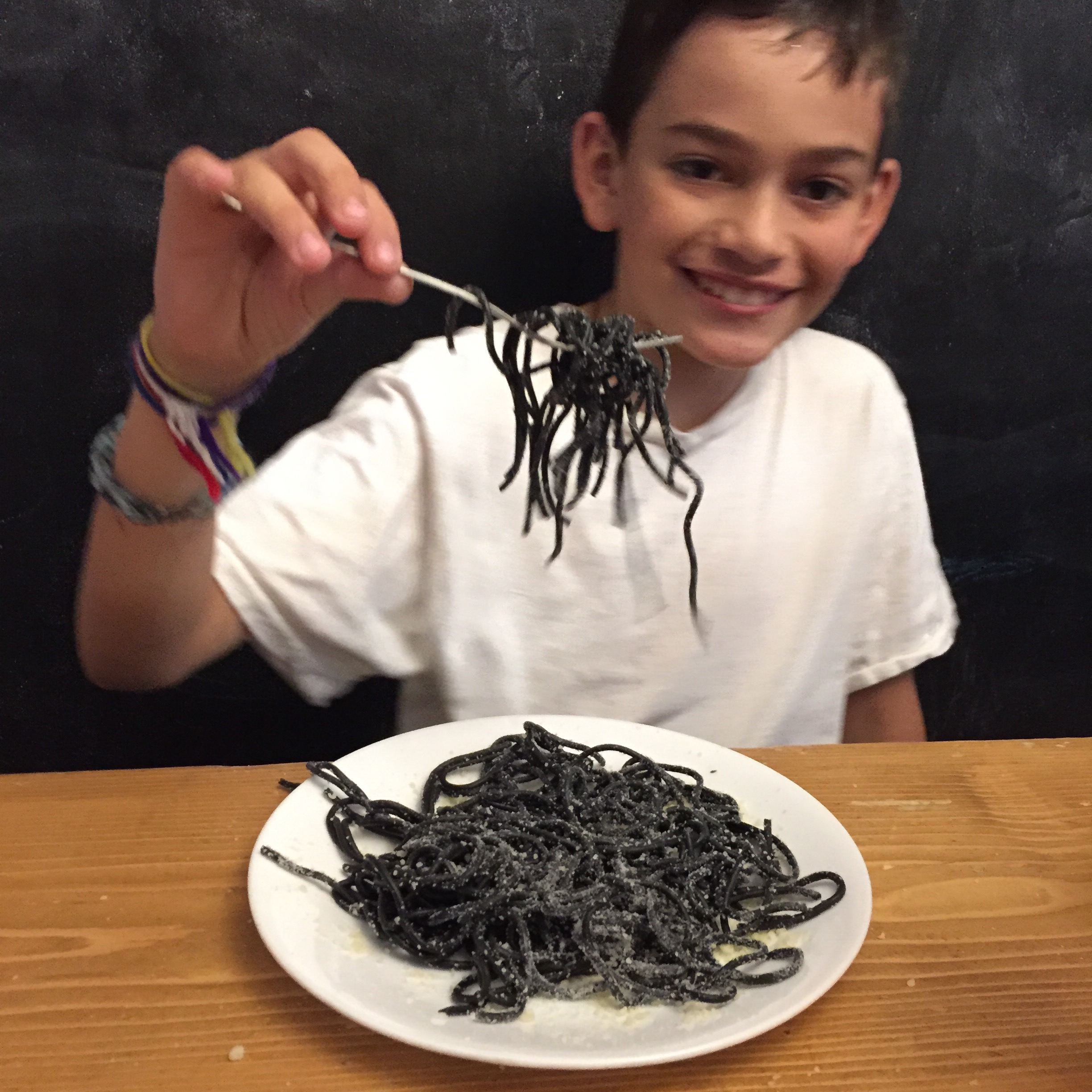 He doesn’t eat milk in his cereal because it’s too soggy. He was driven to the brink of tears just THINKING about the fact we were in a place that serves sushi. Potatoes, condiments, ground beef, eggs. . . All no’s. The French toast I made for breakfast this morning? He avoided the table.

But black pasta, well that was something he could get behind. He kept hinting about using it and the night I brought it out, he cheered. 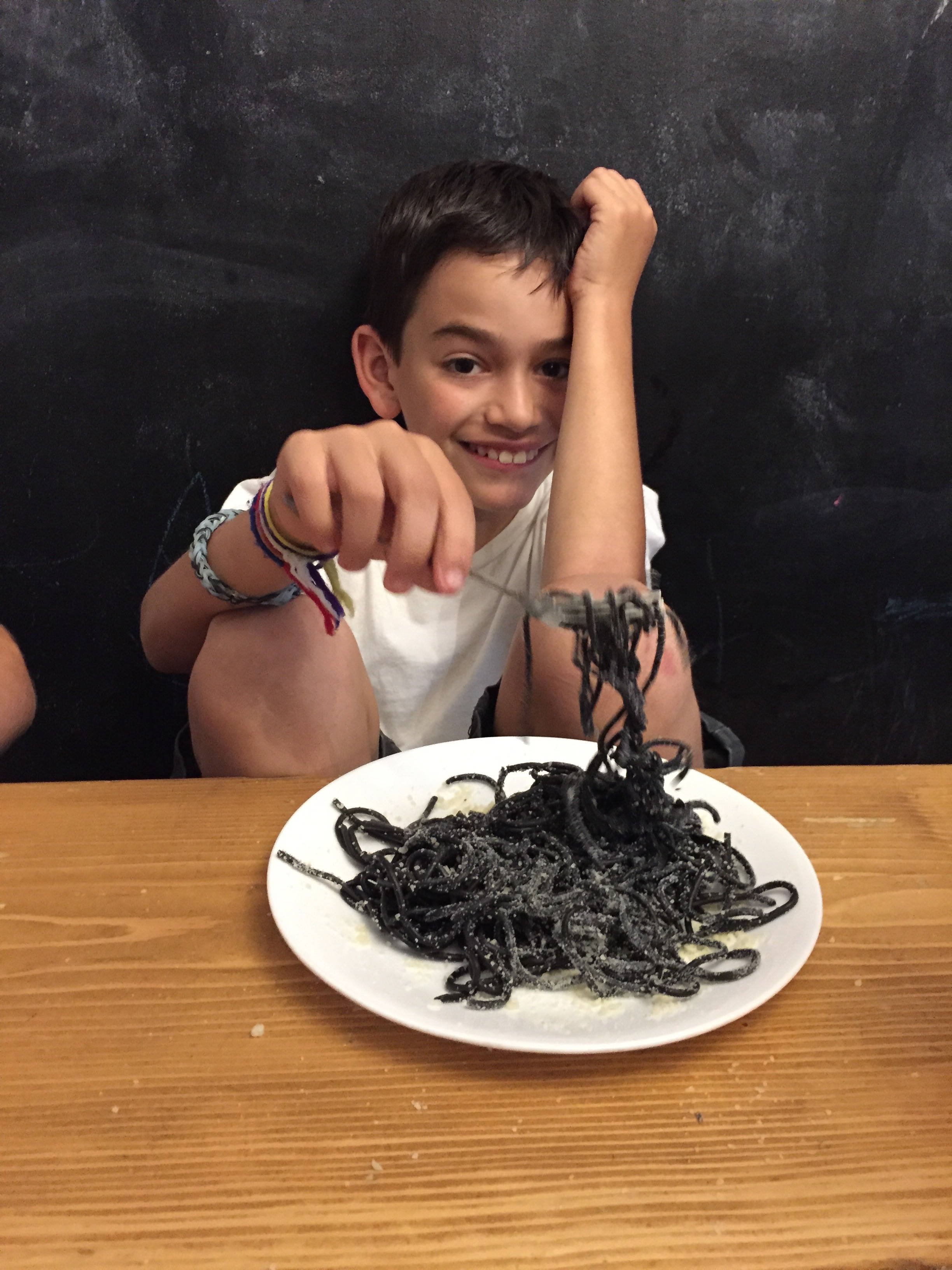 I couldn’t try it because as I opened the package I saw it was colored with squid ink. My stomach turned in the way I know Phil’s does at the mere mention of foods he doesn’t care for. So I kept that knowledge to myself and he went on to eat nearly the entire pound of pasta all by himself.

I’m still unsure if I should feel guilty (for omitting the truth) or proud (he enthusiastically ate something I was too chicken to try). We shall see if we’ve scarred him for life or made a gourmand of him by accident. In the meantime, don’t say a word. 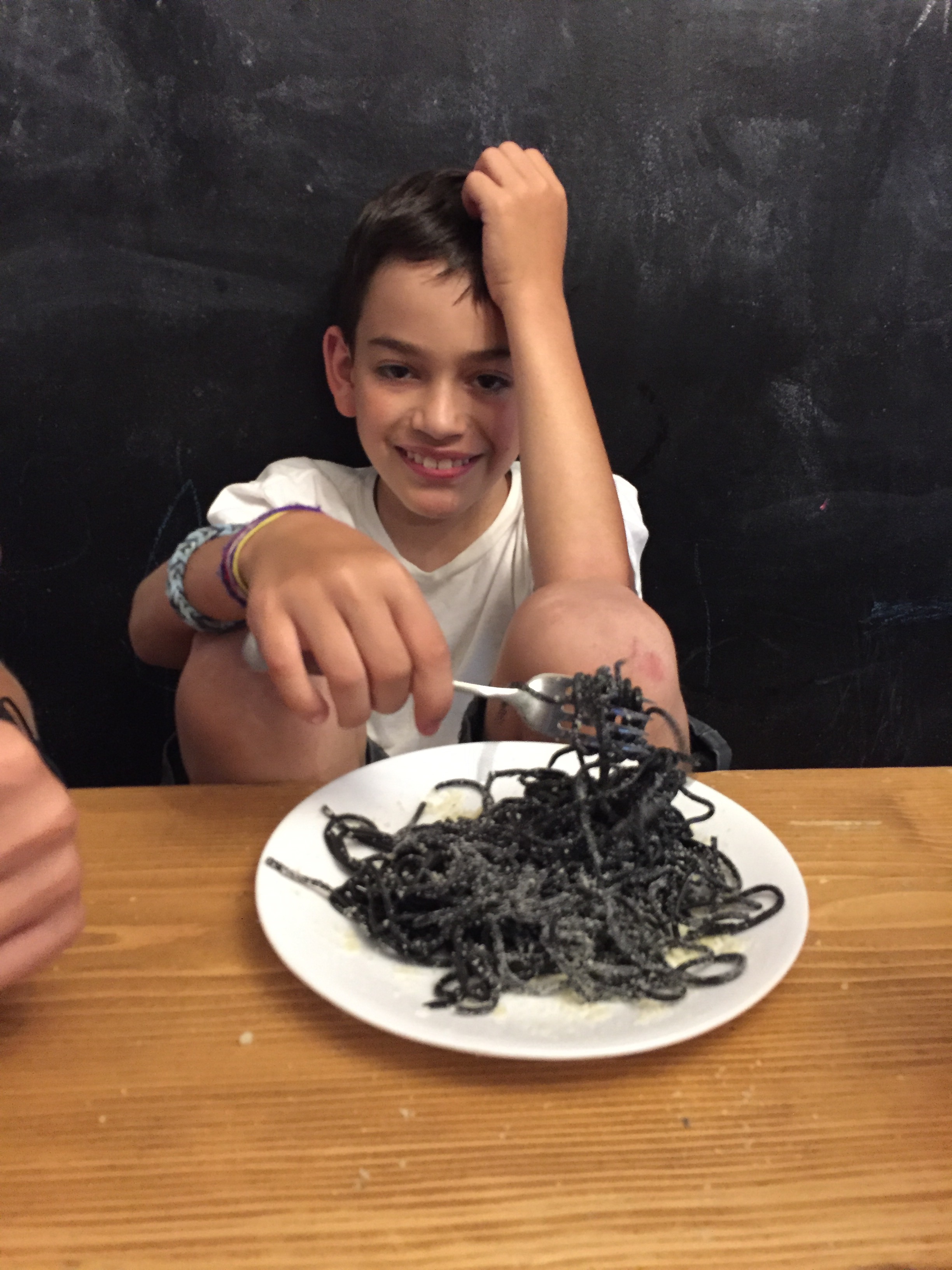