It’s probably true that we’ve grown complacent in our parenting as we’ve added kids.  Some might even say ‘lax’- those “some” I refer to being primarily our children.

It has yet to be determined if this is a benefit or a detriment to our later progeny.  At the moment, I’d like to think of this as a prodigy: 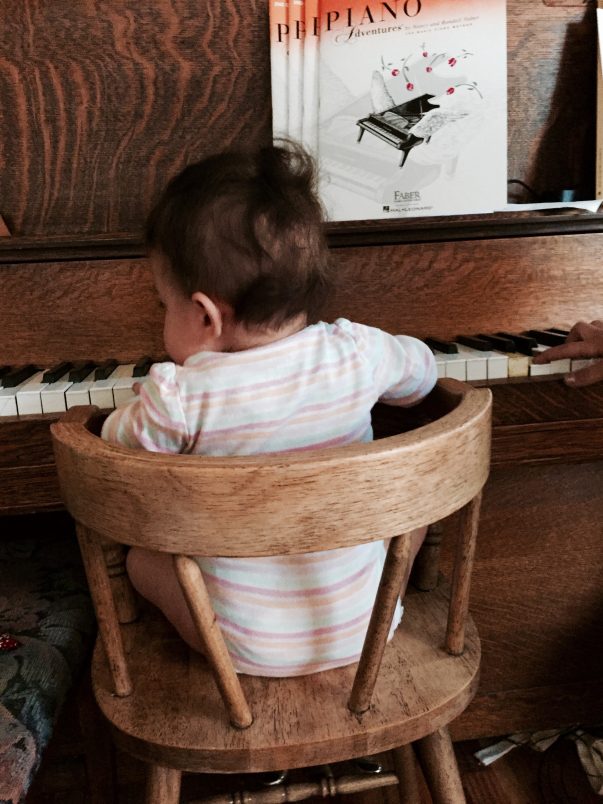 She happily banged away at the piano for several minutes before I even realized it was her, Max having been the one to scootch her up to the keyboard in her older sister’s chair.  No seat belt, nothing to keep her from slipping out.

Her sibling carried on as if this was normal.  Okay, it’s not that far removed from normal.  Penny is hauled around, hoisted up, sat upon shoulders, placed on the tramp . . . in short she leads a life of daring and danger most of the time.  Because of this, it appears nothing seems to phase her.  Sure, loud noises make her jump but putting her in real danger really doesn’t cause a reaction.

I’m banking on it being a great inspiration for her later in life.  What doesn’t kill you makes you stronger and all that jazz.