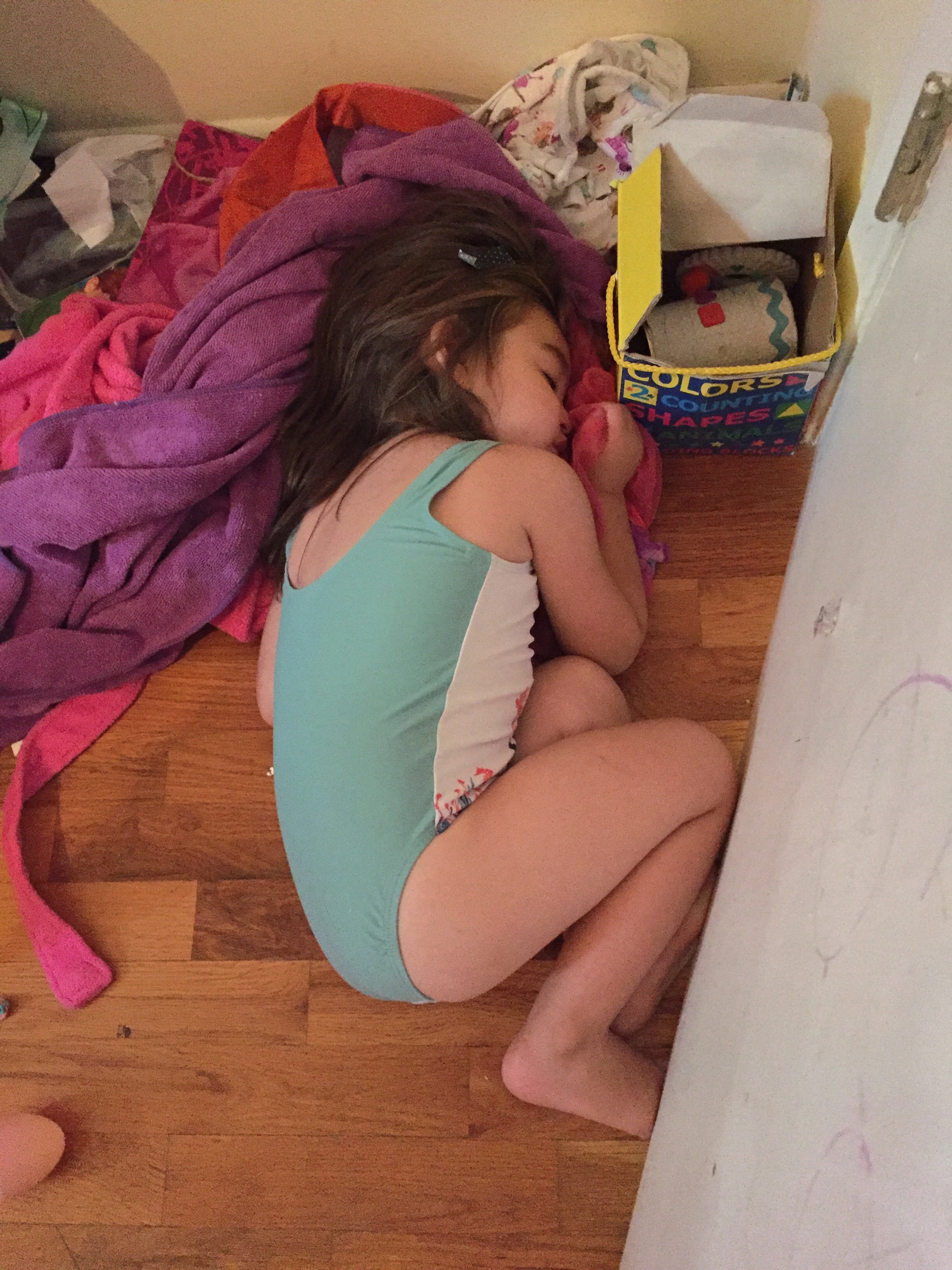 You need the rest!, I said.

You can’t tell me what to do! I’m a wanna-be woman who don’t need no naps!, she said. (More with her actions than with her words though.)

Then she threw a fit well out of the napping time frame and was escorted to her room where she promptly fell asleep on the floor.

“How’s your week been?” Bridget asked of Gemma after this happened.

For the second time.

“Wellllll,” Gemma shot a side long glance at me, and shook her bowed head sadly. “Tsk! Not so good. Luce-a hasn’t been napping.”

“Because I won’t let her,” is what she should’ve said.

But she didn’t. Probably because she was so tired she forgot to. Gemma doesn’t need naps either, or so she says. Though again, it’s more with her actions than with her words. And that has me saying all SORTS of words to myself, believe you me.