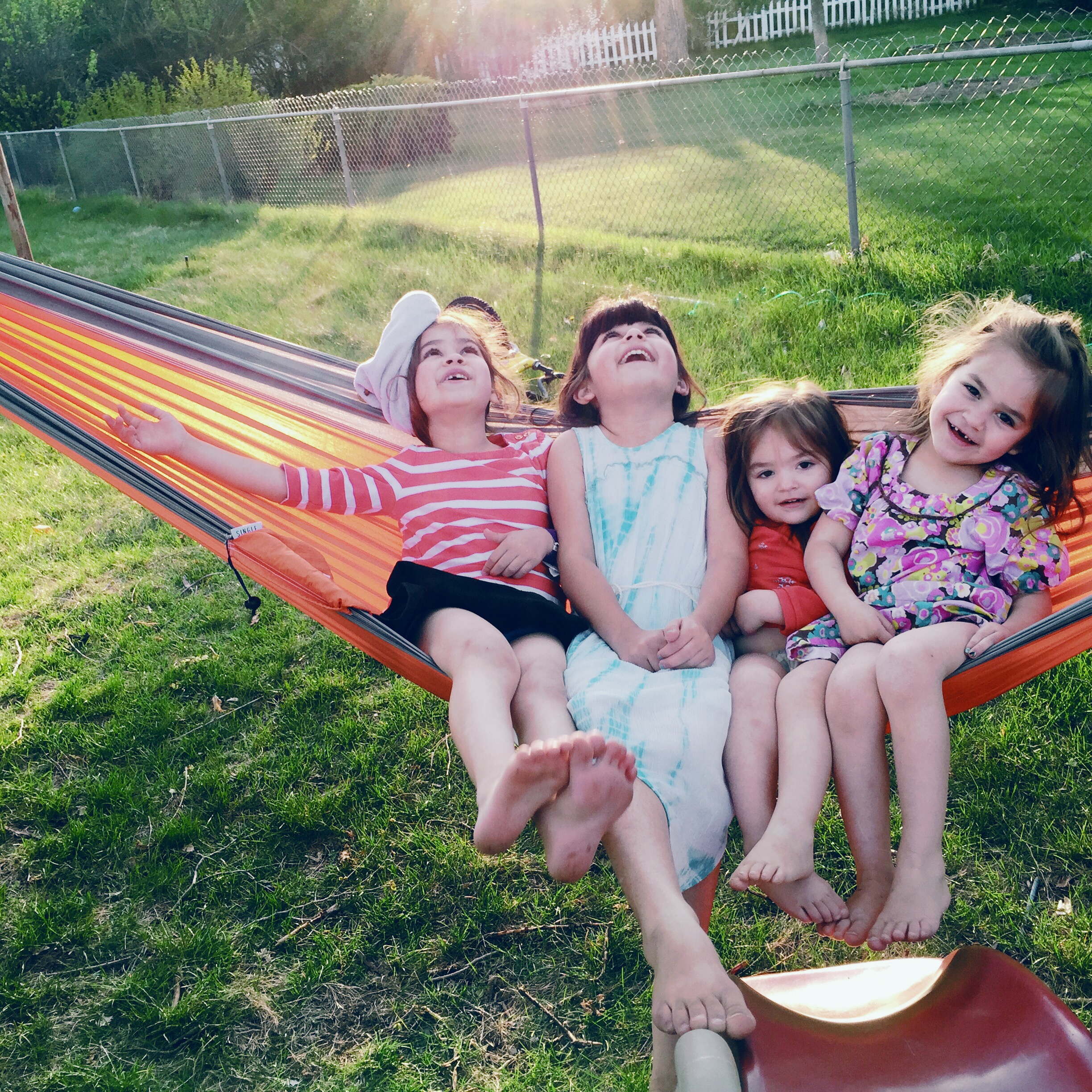 With 5 – FIVE! – sisters it was bound to happen sooner or later. However, I was really hoping for the later option.

The girls are fighting over clothes. Accusations are tossed, yelling has occurred and there have been tears- actual tears – over Gemma wearing Tess’s tank tops to bed. Of  course now Gem does it just to rile her sister and I have little to no sympathy when Tess stands howling whilst wearing one of my t-shirts that she did not ask to borrow.

The most dramatic of the bunch? Lucy. She likes to pour over the photo books Mama Syd has made for the kids and her favorite is the one in which Ellie is three. EVERYTIME we have the same conversation:

Her excitement slowly turns to anger.

(Or dress, or jammies, or what have you.)

This quickly turns to blind fury.

Sometimes she finds her sister to give her a shove and usually it ends with her crying. I have yet to convince her that the clothes she claims as hers were actually Ellie’s first and even if that wasn’t the case, the statute of limitations applies. Or at least the natural laws of time and reason.

Yes, it has begun. And I shudder to think of when it might end.