Sunday night, after the bags were packed and the initial panic had mostly worn off, we donned coats and double checked that we had everything. Then I called the kids together.

“Children of mine!” I said, not hollering as I am wont to do because there was leaking and labor and such.

They came running, loudly, jostling each other with excitement. They lined up.

I knelt down in front of them and explained we were going to the hospital to have the baby.

“Because your water broke?”

“Why will your stomach still look big even after the baby is born?” Philip wanted to know.

Really? Right now is when you’re going to ask? Oy.

Because my body will still be filled with excess fluids and blood to support the baby and my organs have all moved around and it takes time to undo the work of nine months.

Lucy came up and lifted my shirt until she could see my whole belly.

She pressed her lips to my belly. 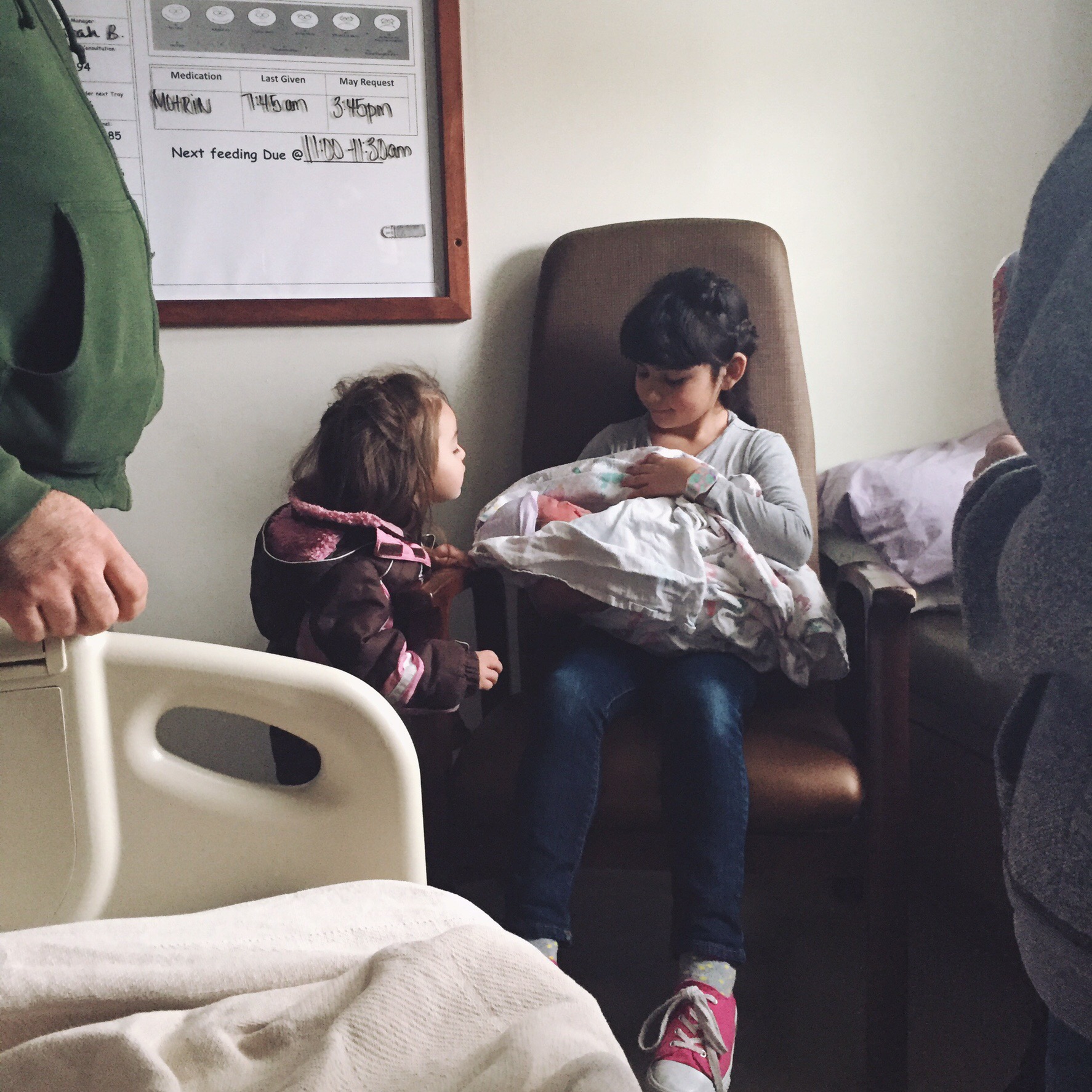 Elizabeth and Randy braved the snow that fell Monday to bring all the troops to the hospital to meet their sister. They were astonished at her littleness, tried to decide who she looked like, wanted to know her name and without-a-doubt enamored with her.

They fought over who would hold her next and then just beamed when it was their turn. Philip calculated how and when to celebrate her birthday and decided that she was born in February so she should share his birth month with him.

“She does kind of look like me after all.” he said.

Max was still sick and it killed him to not hold her. I asked yesterday what their first thoughts were on finding out it was girl and Max said, “The good feeling that comes when you were right. Excited. And sad. . . Because I couldn’t hold her.” 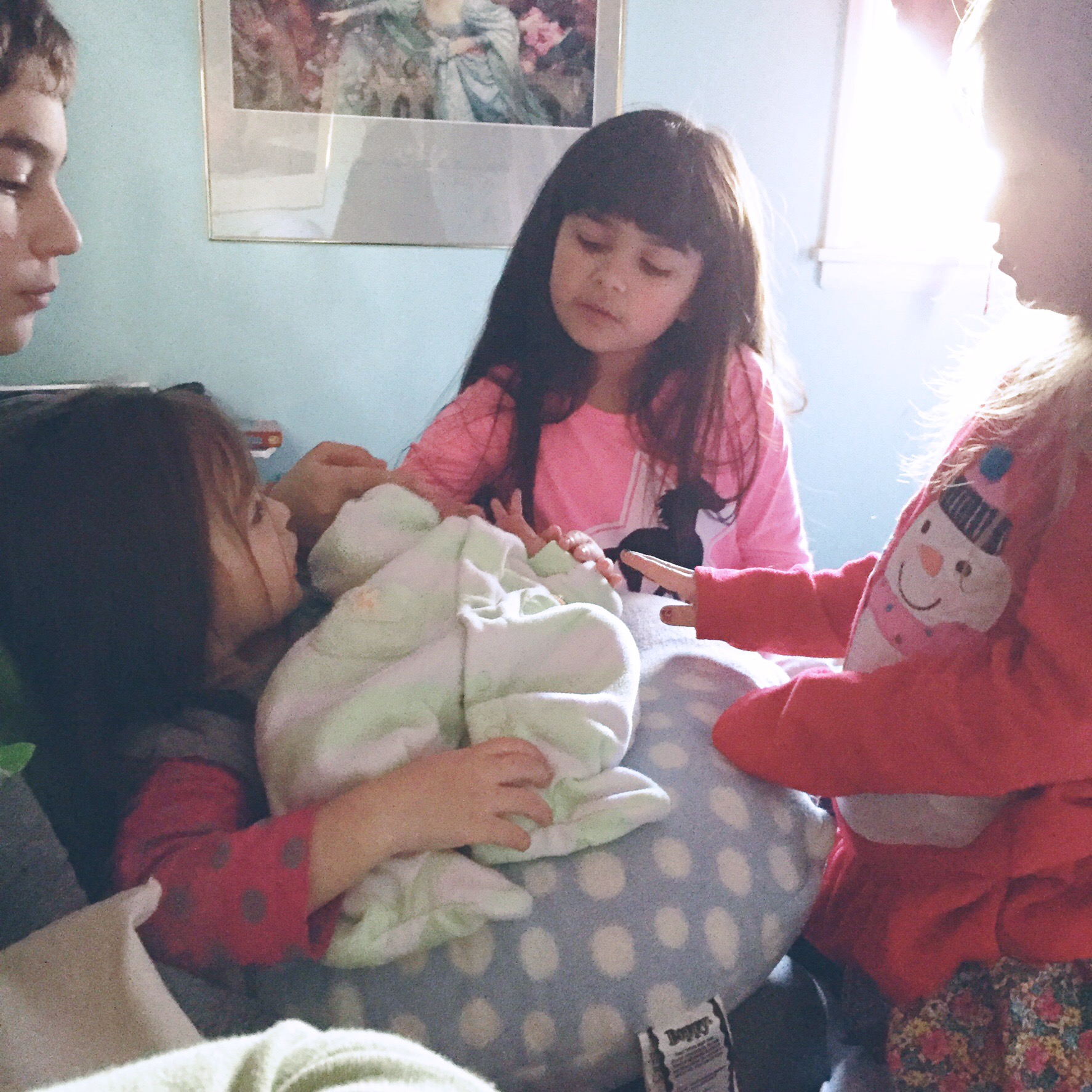 Since bringing her home, it’s been nothing but fawning (bordering on suffocating) adoration. There have been tears about being skipped for diaper changes, Lucy looses it when the baby cries or anyone tries to get her to call “The Baby” Penny. Gemma saw me in the kitchen tonight without her and she put her hand on my leg. 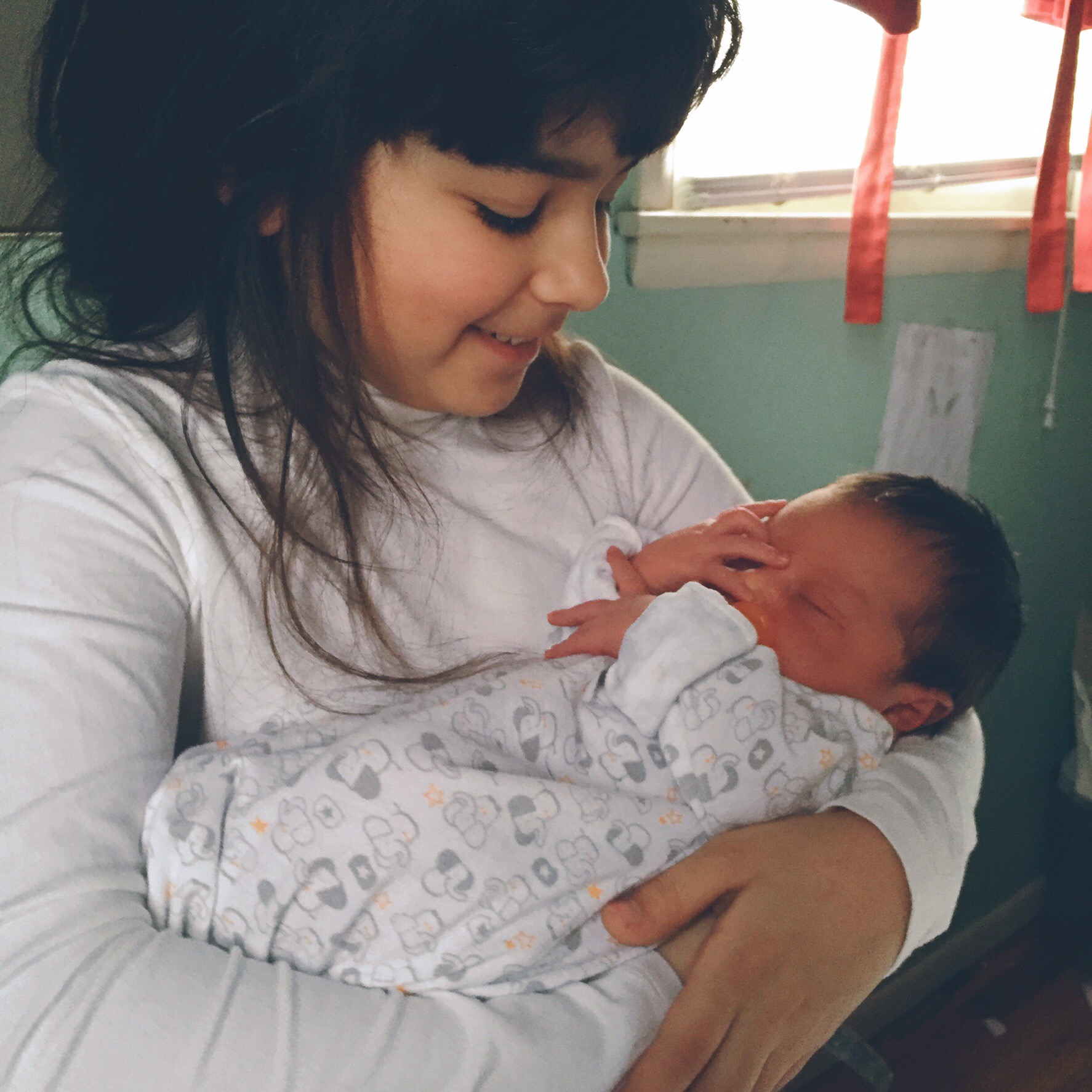 “Mom. Where is the new baby?” Her eyes were all sorts of concerned.

I assured her she was in the swing.

“Oh!” she grabbed at her heart, “I was worried she was lost!”

Not a chance with this crew around. . . 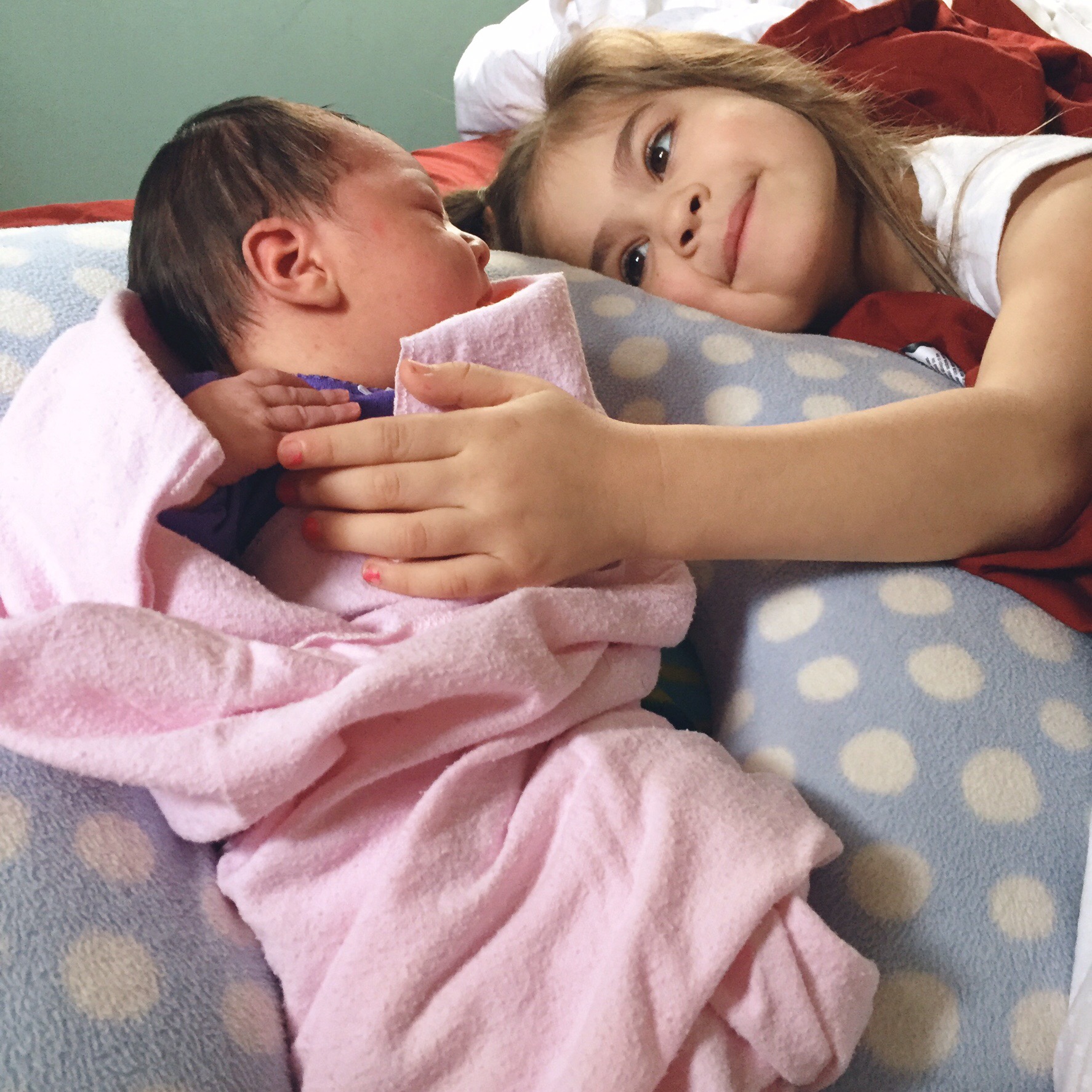 Amid all the clammoring and bickering over their new sister, Philip has been his characteristic quiet self. But last night he found Jac and P and I alone in our room.

We were eager to comply and he couldn’t stop smiling or talk without giggling. After a while he grew silent again. Then,

“Mom, it’s really too bad that you were too little to help when Uncle Billy was born. You had no one to practice on.”

I assured him that cousins and the Wyeth’s were my practice babies.

“Well, I’m just glad we have our sisters.” 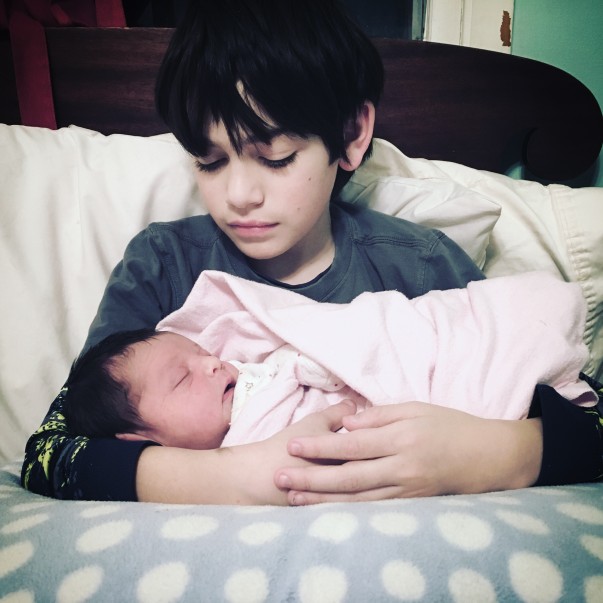