Naming a child is hard.  Never mind the parents and siblings of the child being opinionated and stuff. Opinionated procrastinators who happen to be sleep deprived.

What could go wrong?

Back to the point at hand. . . Everyone has been eager to know the name of this child, including Jac and I.  Mama Syd asked nicely several times.  All the nurses double checked before we headed home.  The kids – the whole lot of them – asked and asked.

And the suggestions kept rolling in.

Remember this sister: everyone loves you so much that they all pitched in to help in this matter.  You are so very loved!

Allie texted, “Does she have a name? I feel awkward not calling her by her name like its a bad word or something . . .” The kids agreed.

So, without further ado we introduce

Jac likes a name with some heft. We both wanted a name that reminded her to be a light in the darkness and to stand for truth in the midst of this crazy, crazy world. And this is where we landed.

St. Penelope was an early martyr.  She and 39 other virgin companions refused to deny Christ. The prelate in charge of their executions pulled them out in little groups and devised different forms of torture to bend their will and yet they stayed firm under torment and in the face of their friends’ suffering.  The kids suggested this name and are so excited it has been chosen.

St. Estelle was another virgin martyr from present day France.  Her father was a well respected Roman and her mother from a powerful family of Druids.  She heard of Christ and requested baptism.  When she was discovered to be a Christian and refused to abjure, her father had her sent to the arena to be killed.  She is the patron saint of young girls.  St. Estelle was named after the title of Mary, Stella Maris, or Star of the Sea and we love the Marian connection.  We also figured that if her great-great-grandmother shared her birthday, we should probably have them share a name, too.  This was Grandma Ruby’s middle name.

Our Lady of Guadalupe appeared to  a faithful Indian and asked him, a simple, hardworking man, to request a church be built for her where she appeared. She reminded him that he was kept safe in the folds of her mantle and that she was his mother.  She appeared as an expectant mother with the features of the native peoples.  After this apparition, the conversion of the Mexican people was rapid.  This was Jac’s pick as both of his maternal grandparents had this middle name and the conversion of an entire people under Our Lady is a strength that we would love our daughter to have.

What will you call her, you ask?

We have no idea.  But there’s a lot to work with! 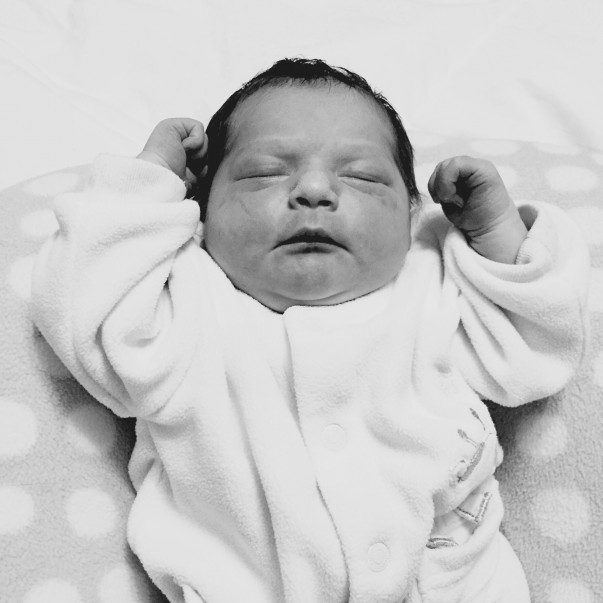 *The kids are leaning towards Penny. Poppy is a nickname for Penelope and Elizabeth announced that’s what she would be using.  Pippa? Polly? Nell? (too close to El?)

Meanwhile, Jac has settled on Peppy in honor of Peppy’s Pizza having closed and this fifth daughter being his “sweet little nugget of gold.” Or something like that.

Saints Penelope and Estelle and Our Lady of Guadalupe, pray for us!